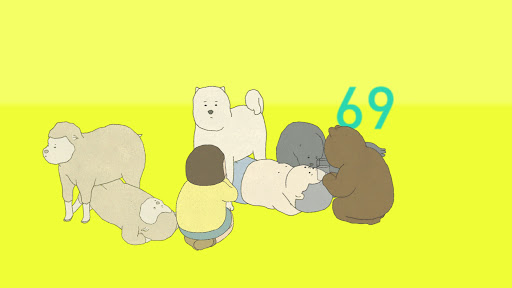 If you play My Exercise and want to get all achievements as soon as possible, this guide will show you how to unlock 100% achievements of the game. let’s check it out.

2. Strength comes from an indomitable will: Complete 2 sets.
Complete the exercise twice.

3. Training conditions the body and tones the spirit: Complete 4 sets.
Complete the exercise the 4th time.

5. Strive for progress, not perfection: Complete 8 sets.
Complete the exercise the 8th time.

6. Excellence is not an act but a habit: Complete 9 sets.
Complete the exercise the 9th time.

9. Teacher: Reach 2,000 points in one set.
This is pretty easy, too. Just wait for the end of the exercise, when you have to pull out the root and make sure you don’t pull it out completely. Just press space, don’t hold it for to long. This is getting harder with the points raising, because the bar fills up faster. So be careful.

12: All great achievements require time: Exercise for 1 hour.
As far as i understood this you just have to play the exercise for 1 hour. Somehow I didnt get the achievement after playing for 90 minutes in several sets, but i got it later while i was still playing through several sets not just one. The easiest way to get it is just to start a set, do 5 sit-ups and wait for 1 hour.

11. Greyhound: Complete one set in under 8 minutes.
Self-explaining. Finish one exercise in under 8 minutes. To make it even easier make sure the figure you get on the end of each set is one, that doesn’t consume time in it’s actions for example the elephant, which makes the boy lay down for some time. But i could imagine it would also work with the elephant, because this achievement is not too hard to get, if you concentrate to do the sit-ups just right and fast.

13: Mind the Buddha: The Buddha enters the dog.
Usually this won’t happen on your first set (I am actually not sure). But further in you will experience the dog barking and planting little flowers. After 3 flowers Buddha appears. After the 3rd time he appeared in one set you should get the achievement.

15: Reborn: Recover from melting.
Just let the boy rest, without pressing space. Wait until he melted completely and press space to make him recover.

16: Dog Vision: Enter the dog’s vision.
In the game there are two different types of sit-ups, which change from time to time. While the boy is NOT rubbing his face in the fur, but just pressing it in, you hold space. He will dig deeper and deeper and you will see the dog’s vision.

17: Perfect Slide: Don’t stop the seal while it’s sliding.
Just hold space until the seal slid out of the frame. Don’t interrupt the moving. The seal comes after the 19th sit-up.

18: Thank You Buddha: Rub the girl’s hands ten times.
Also discovered in set 4 that you can force the girl to rub her hands, while Buddha is acting with the dog. As soon as the dog planted the three flowers and Buddha appears just press space and make the girl rub her hands towards Buddha.

20: Rub Me Tender: Rub the fur for 30 seconds.
Self-explaining. Just like mentioned in 16: Dog Vision there are 2 different ways of sit-ups. While the boy is rubbing his face hold the space bar for 30 seconds.

21: Automatic: Watch 50 sit-ups without touching the root.
After reaching 200 sit-ups and the close-up of the root and otter just watch the boy doing his exercise without doing anything until he did 50 sit-ups on his own.

Ok these last two took me ages to find out! But finally i got it!

22: Hot Seeds: Plant 9 flowers before you reach 130 points.
For this one your timing has to be right. After 100 sit-ups the other two dogs are showing up. Every time the small dog hits the bigger one, you do a push-up until the 9 flowers grew.
Just keep in mind to be a little precise since you just have 30 sit-ups to plant all flowers!

23: Hello Buddha: Discover the small Buddha.
After the dog has reached his final form (Buddha appeared 3 times and the dog starts glowing!) you just lay down and wait for the boy to melt. This will show the small Buddha inside of him.

That’s all we are sharing today in My Exercise 100% Achievement Guide, if there are anything you want to add please feel free to leave a comment below and we’ll see you soon.
Credit to Ithesa