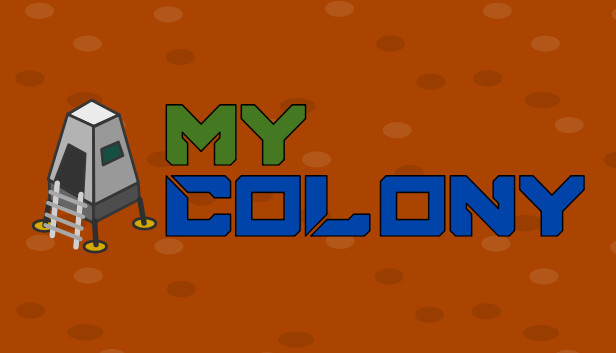 For beginners of My Colony, this is a basics guide to help with people new to the game, let’s check it out.

Aight so booting up the game you can choose to start a new game. You got 4 factions to choose from for starting a colony:

-league of independent states=like the UEF but more independent. Basically what the middle east, north korea, etc. are to the world in the real life

Think of the 80’s-90’s sci fi movies like starship troopers.

All have their advantages and disadvantages.
for example:

-UEF=are the standard. They go slow paced but steady. Basic of basics not to get overwhelmed and most items unlocked look like standard sci fi or irl items like solar panels, roads, lights, etc. Population grows steadily as you start with a space lander.

-Zolarg empire=more faster paced resource hungry and semi dumb group of insects. They reproduce fast and focus on food and sugar while slowly evolving to use sugar as a power source.

-LIS=like the UEF but more independent. They subsist on planets and basically build from ground up. Unlike the UEF they don’t really plan out hence why they start off pretty much bare bones.

-some rover vehicles or workers

plus a handful of resources such as food water ores wheels electricty microchips and always cash in form of coins. How much and what else depends on difficulty as well.

First thing you wanna do is stretch your legs when you can. Buidling tracks or roads helps for vehicles and people to move faster from point A to point B which add up as you shave off 1-2 seconds but every trip. After about 30 trips to 60 trips you save 1 min which is for ever vehicle and unit.

You’ll need to start extracting resources. Depending on difficulty it can range from ores to crystals to other items. Your starting basic material can be mined by your vehicle rovers or workers. Once you get more you can build more vehicles or workers

for example LIS and UEF both start with rovers and resources can eventually be used to make more rovers. While Zolrags use workers drones like insects in the wild to collect stuff like crystals water food and make sugar.

After gaining enough you can start building buildings which will start making or producing various goods and services as well as producing byproducts such as wheels atmosphere electricity etc.

Some are autonomous while others require workers.

When starting off you start off or will gain the following in all 4 groups regardless of who you pick during the first couple of mins in playthrough:

-money=very very important. It’s the gold coin icon. Every so often the main faction taxes you or charges you to pay your colonizers a certain amount of cash. They deduct it from you but will reward you with a small refund if you pay as part of their subsidized programs for colonizing a planet. After awhile as your colony grows the profit will need to inc. as they’ll start charging you more for workers and taxes. Too little and you’ll go in the red.

-food=very VERY important. Without food your colonizers starve and will grow unhappy. Also required on certain factions / groups for making more drones that are workers to gather more materials and resources. More food will be needed as your colony grows.

-water=same as food. But water is also used for a variety of processes and buildings as well as roads in some maps / difficulties. More water will be needed as colony expands.

-shelter/colonizers=the amount of people / aliens present. They are useful for without them some buildings cannot function. More colonizers will be needed for operating more buildings as well as more shelters to house them in. Otherwise homelessness becomes an issue.

-ores=depending on the ore/resources varies. The main ore being brown the rest being other materials minerals or items like crystals. Ores are your bottom barrel but the foundation for all things especially steel which is needed for making tons of byproducts, buildings, and resources in later gameplay.

-atmosphere=once you place a vehicle factory (small) it’ll start producing a small amount of atmosphere as a byproduct. Atmosphere will unlock more buildings later on as well as be needed for other requirements. Starting early = more atmosphere later in the game ready to use.

-bandwith=will be the green icon circle. While not important now it will be later on mid to late game.

-Electricity=the all important power source for buildings. Without it machines won’t run nor lights turn on.

you can hover over each icon to see the name, limit, and how much you can store at the moment.

Planet difficulty and how it changes how you start

game offers different difficulties and it shows both physically and gameplay wise.

others like moon/lunar, ice, and molten planets will be super harsh and require more thought and experience.

End goal/game is the same but the starting / extra processes will be seen. Such as ice planets tend to have crystals. These crystals will be used to make everything but are finite. Thus planning ahead will be needed and a race against the clock before they’re depleted as well as to meet colony demandds. Meanwhile a lower easier planet will have more trees and be easier to start off as well as ready to use ore deposits.

I’d recommend ice and below for beginners who have played easy to mid lvl difficulties. As it’s the best starting point to get a feel of how brutal the other difficulties will be especially hardest ones past brutal or brutal itself.

important and distinguished enough for its own section

Research is vital to expanding colony. They make more bigger efficient and powerful buildings and vehicles as well as also unlocking new buildings entirely and new resources or items.

For example one of the first upgrades is either ore related or for better farming. The farming buildings will be inc. better the output as well as using less space and less people overall.

Each research unlock will include in a package a good chunk of unlocks. They will also inc. and require more to unlock higher tier technologies.
While you can skip some, most buildings and items will require something in the previous research unlocks at one point or the previous unlocks will make building the new items and technologies much easier since the requirements also skyrocket.

That’s all we are sharing today in My Colony Basic Guide for New Players, if you have anything to add, please feel free to leave a comment below, you can also read the original article here, all the credits goes to the original author Fumo Gaming