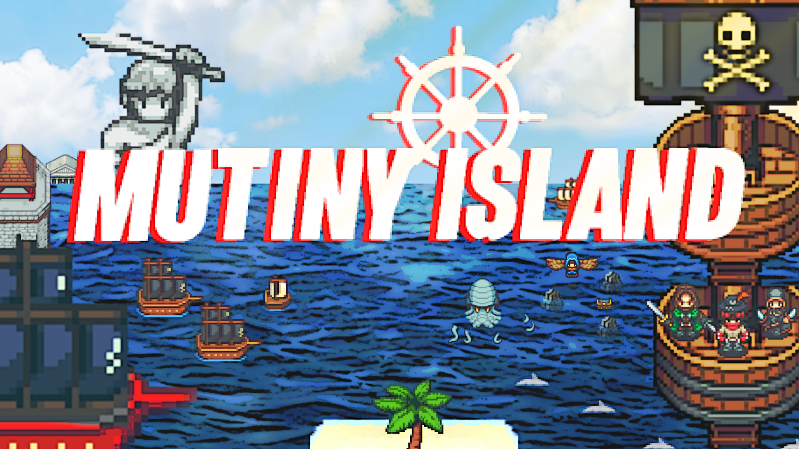 A Basic Run
Surviving a Mutiny:
You’ve been left to rot on Mutiny Island by your former first mate Morgan and his crew of traitors. 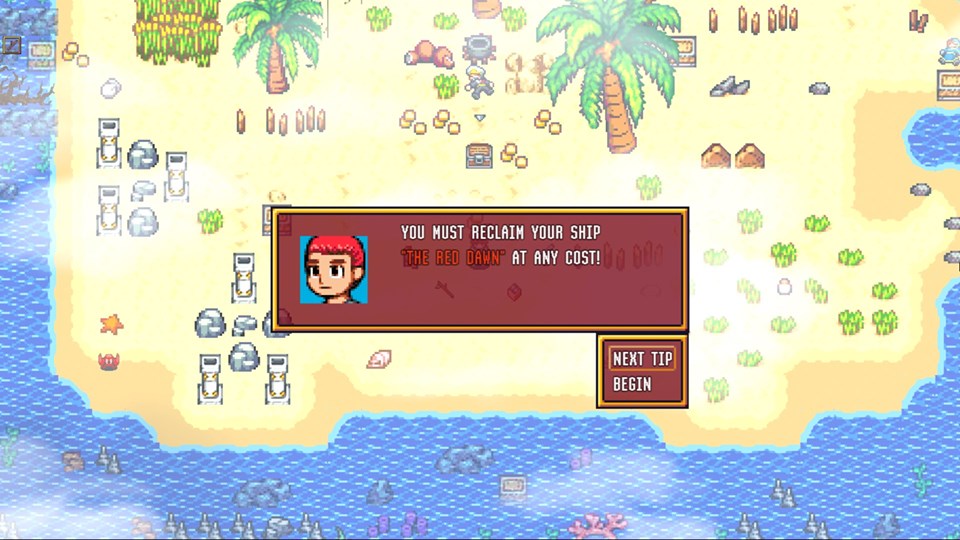 The first thing you’ll want to do is search the immediate vicinity for basic supplies and craft yourself a wooden axe. A wooden axe will allow you to chop down trees and harvest them for some chopped wood. Chopped wood is very useful and can be used to make an abundance of supplies. 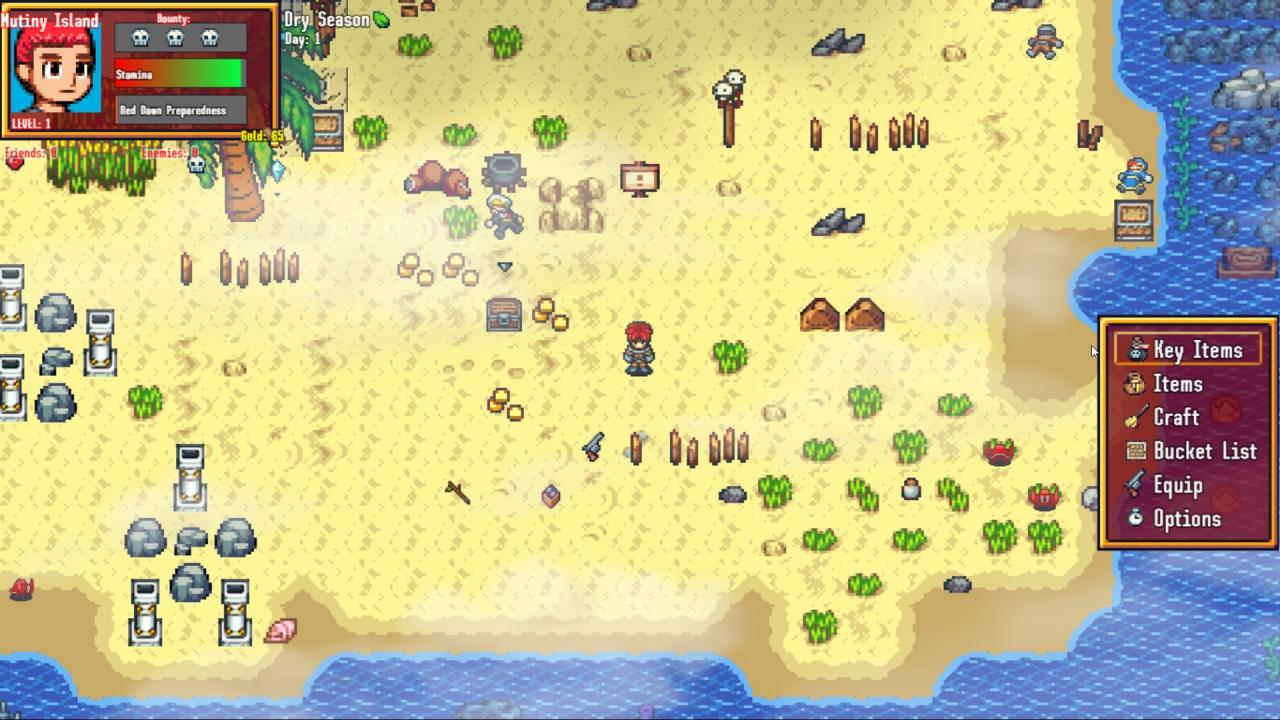 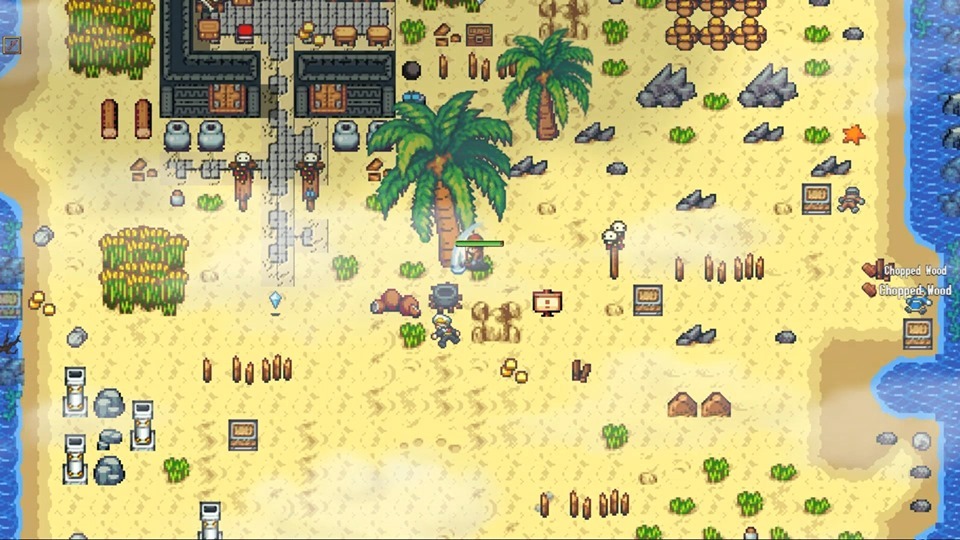 Once you’ve crafted an axe and harvested some wood, investigate the ruined building on the island. Loot the crafting recipe and investigate the pile of bones. A hatch will open and allow you to enter inside. 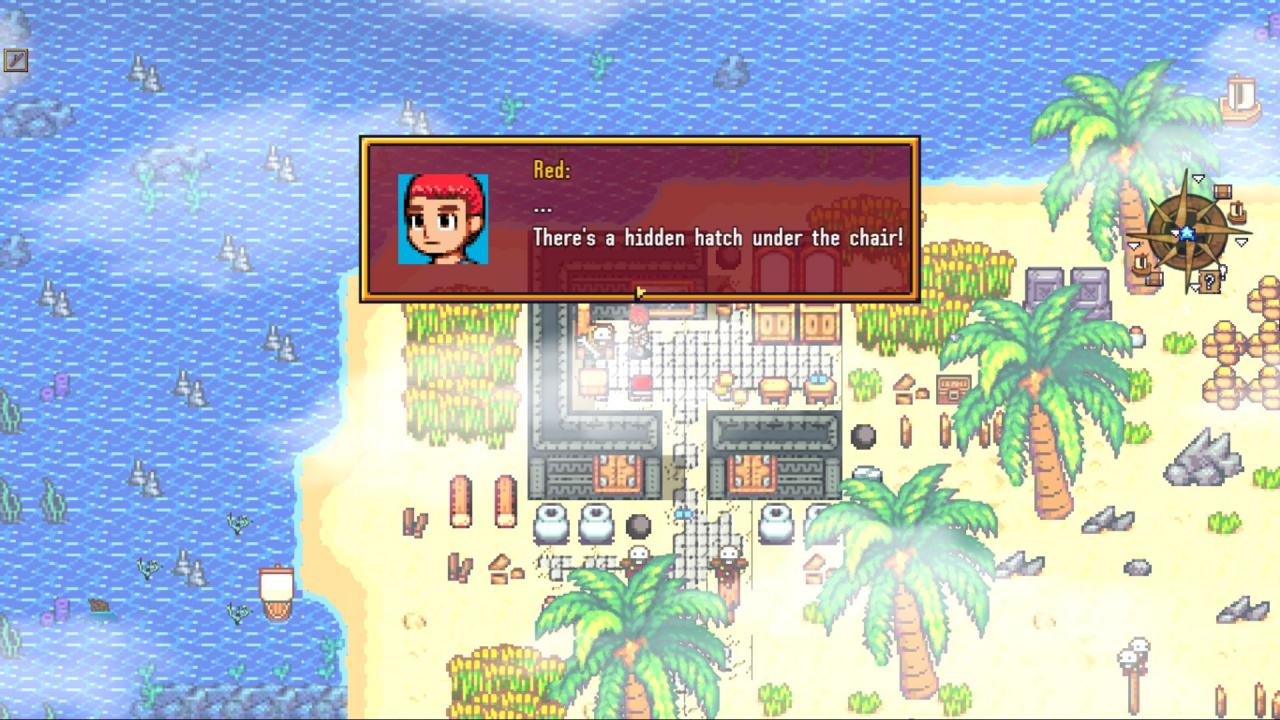 Once inside the rum hold, loot every barrel as their is usually a decent weapon or two here. Make sure to equip anything that might improve your stats.

Once you’ve looted everything, proceed to the bed and rest for the day.
Resting in a bed will allow you to save and advance to the next day. 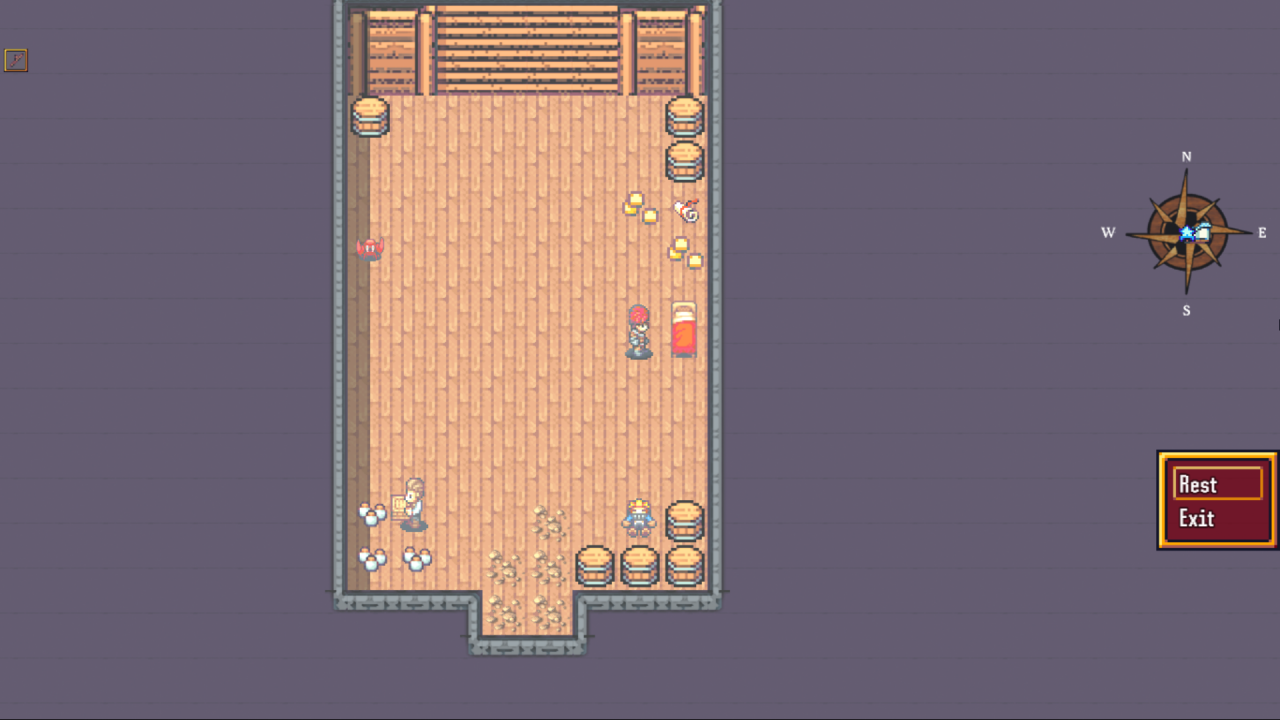 Once you’ve saved the game, proceed back outside to the Mutiny Island region.
At this stage you will have a few options. You may either craft or steal yourself a temporary raft. 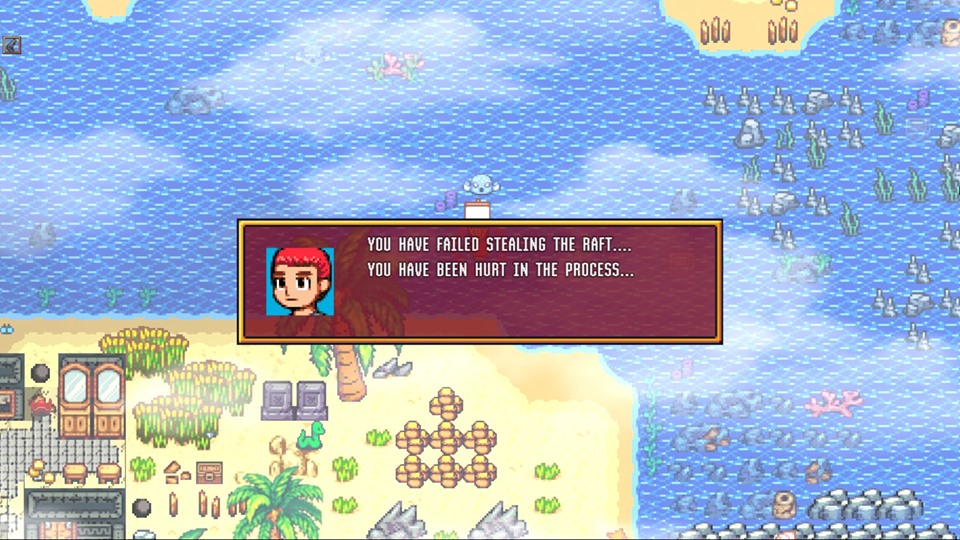 Once you’ve received a temporary raft, open up your map and make a note of where you’d like to travel first. A local port would be a great start. For this guide, we will be heading towards Port Arbor. A local port being operated by the Royal Family. 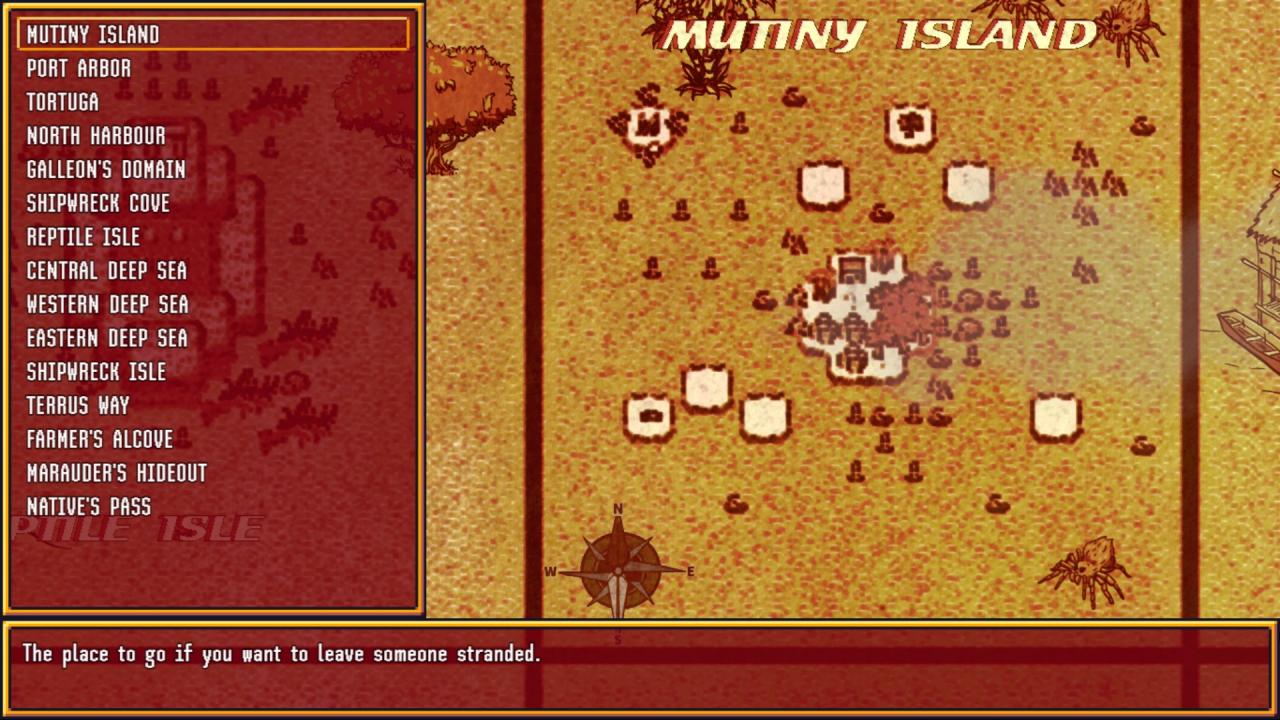 You will notice that to reach Port Arbor you have to travel through another region first.
If you choose to head South you will have to go through the Galleons Domain region. West will lead you through to Reptile Isle. 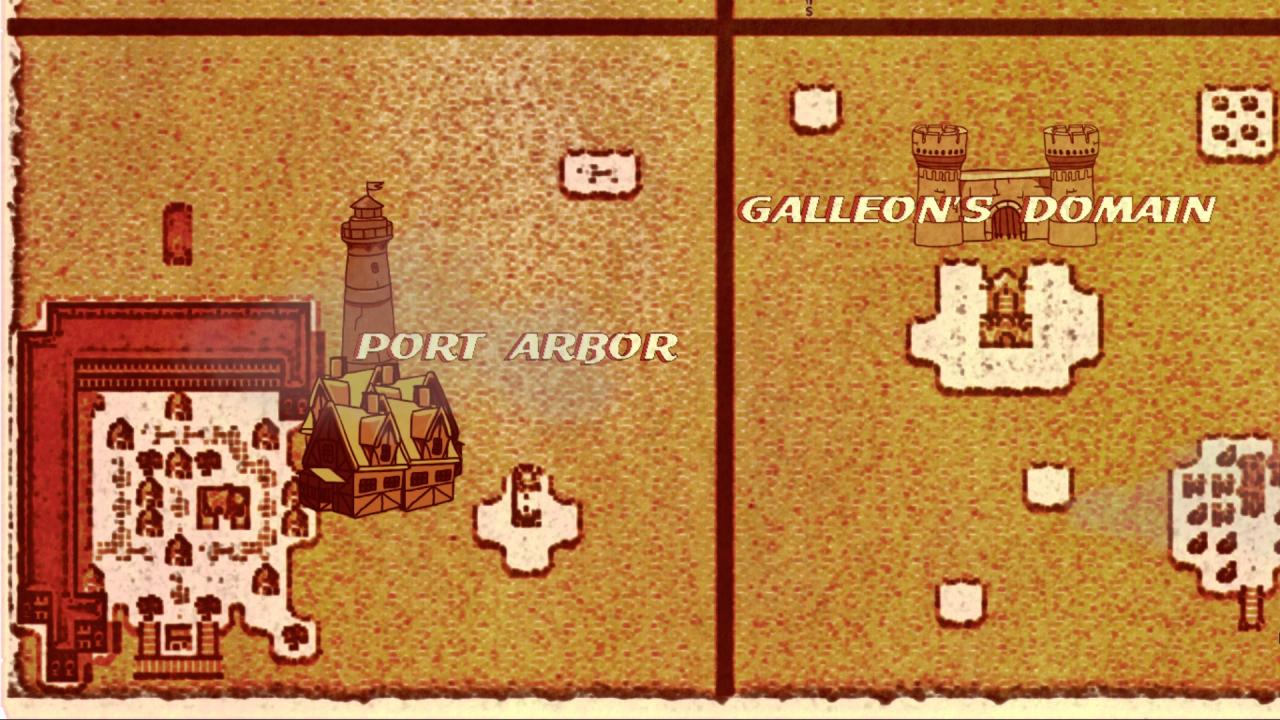 Head south into Galleon’s Domain and then West towards the Port Arbor region. 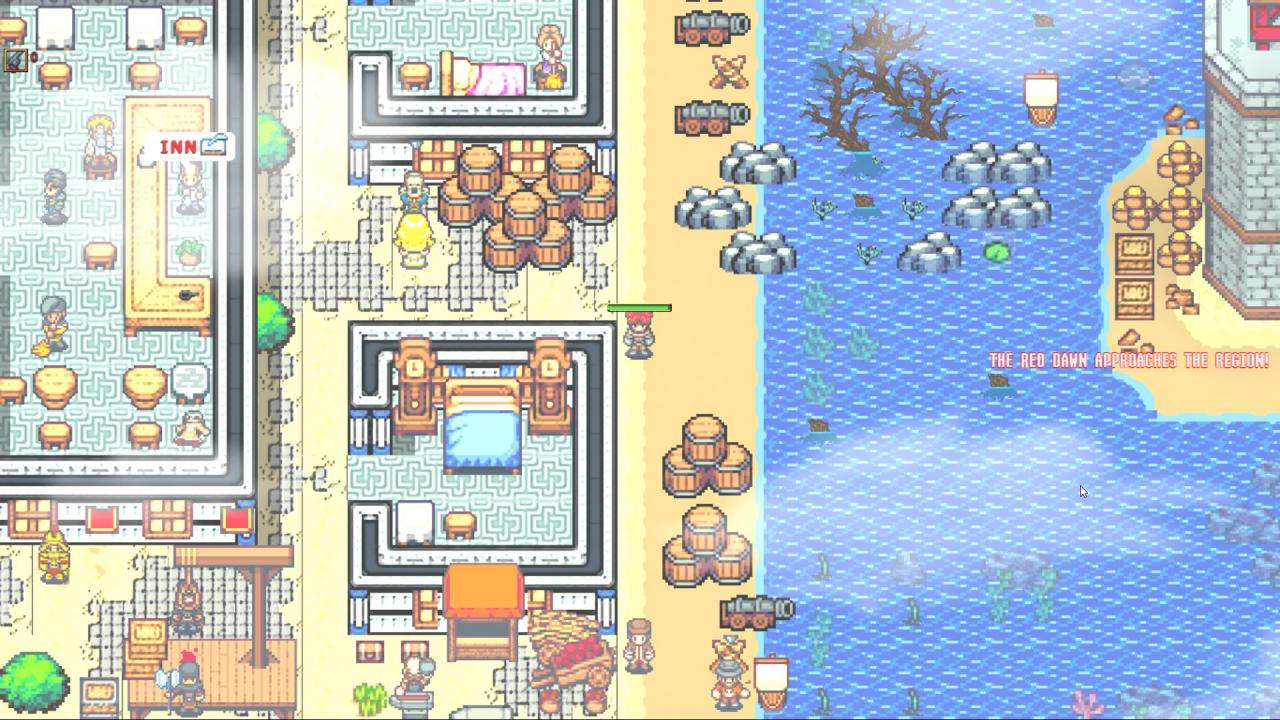 Keep heading West until you reach the main island. Once there, feel free to disembark the raft. Be careful, once you reach the mainland on foot your Temporary Raft will sink.
Now that you’ve made it to a port, it would be a good idea to register a new spawn point. Locate and head inside the local pub. Speaking to the innkeeper will allow you to rest and register the inn as your spawning location for 7 days. Make sure you have at least 500 Gold Doubloons. If you find yourself short some gold, head back into the town center and sell any excess supplies you might have. If you’re unsure what each merchant is willing to buy, check the books or papers beside them. The items in stock at shops change regularly. 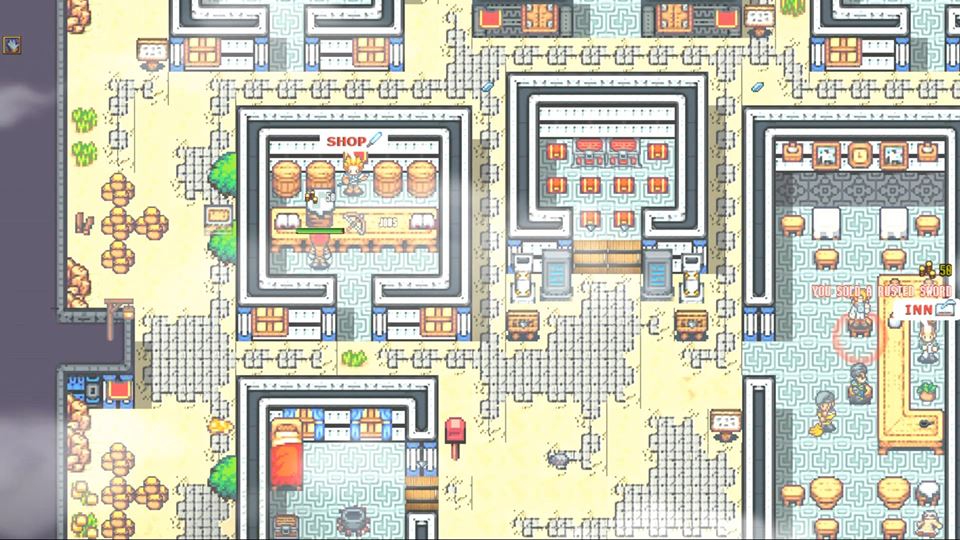 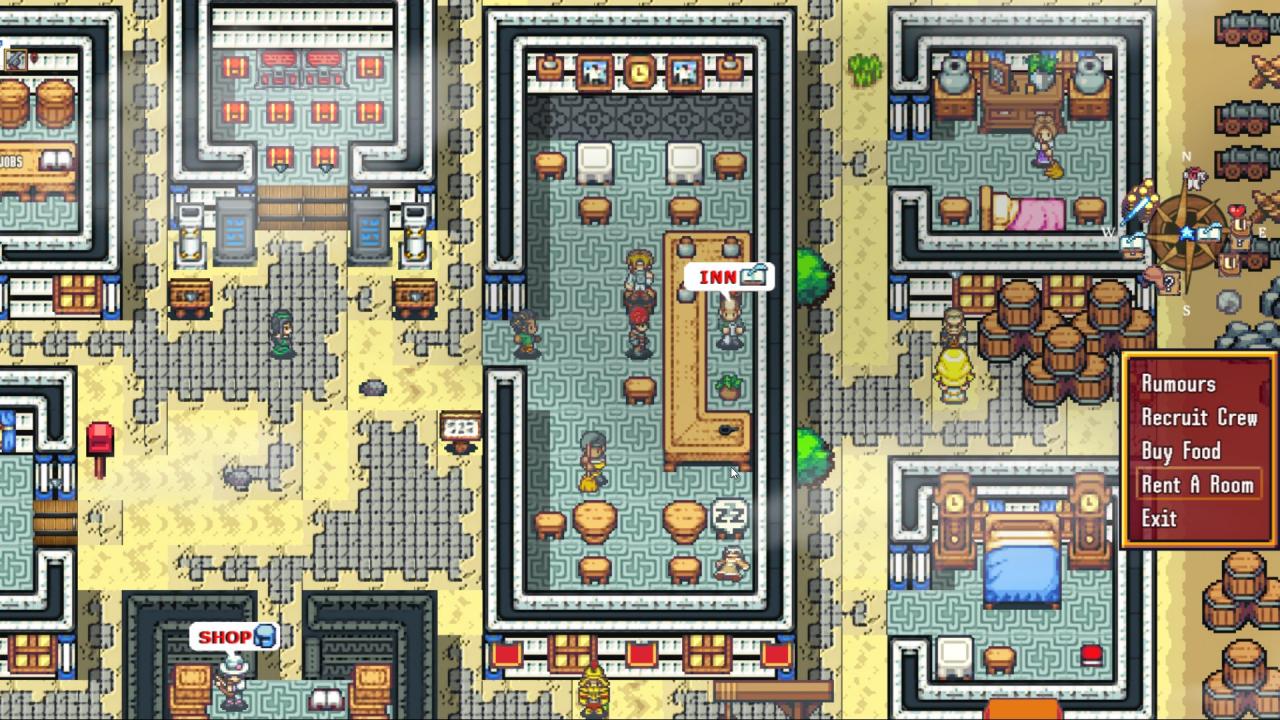 Now that you’ve made Port Arbor your new spawn point, head on down to the shipyard to the south and speak to Promoter Baz. Speaking to Baz will allow you to set sail with a crew. You can also purchase your own ship here for 5000 gold. 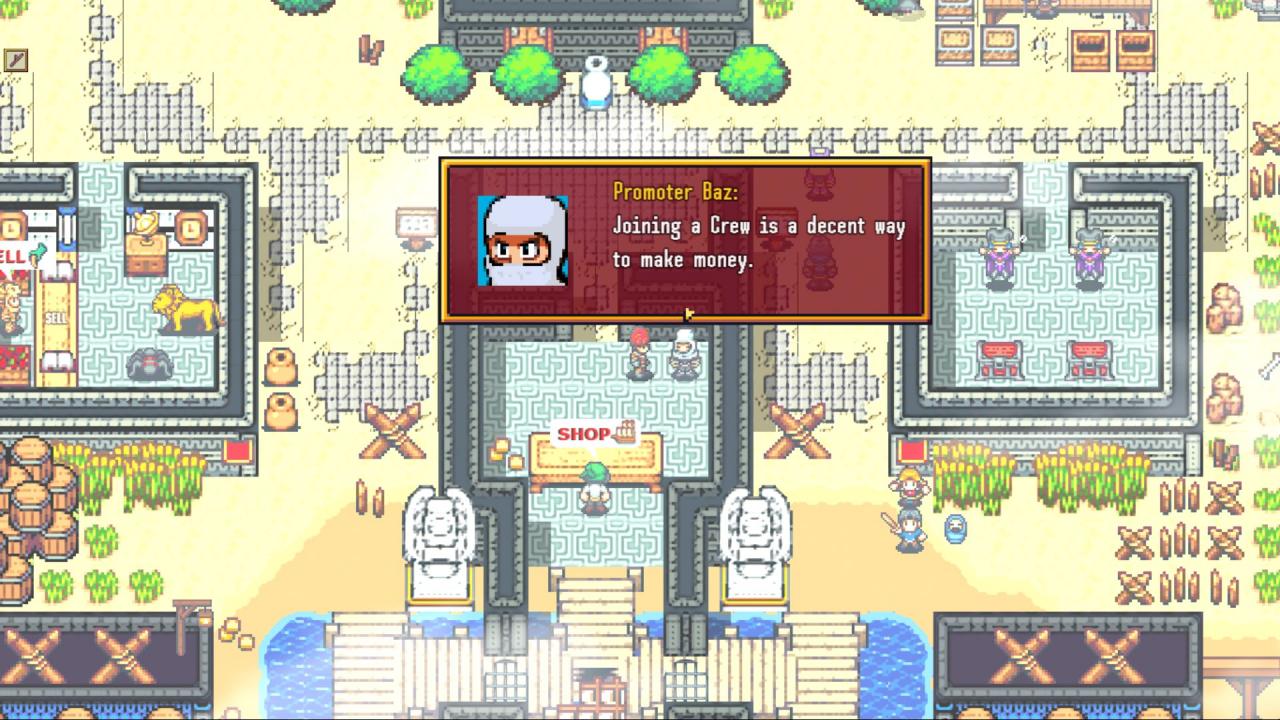 Sailing with a crew has many benefits. The longer you successfully sail, the better the loot in the treasure hold will be. Try visiting a few regions and collecting some supplies. There’s also a bed in the brig which you can rest, save and make your new home. It is also wise to begin enquiring with any people you encounter for useful
Information on the Red Dawn and its habits. 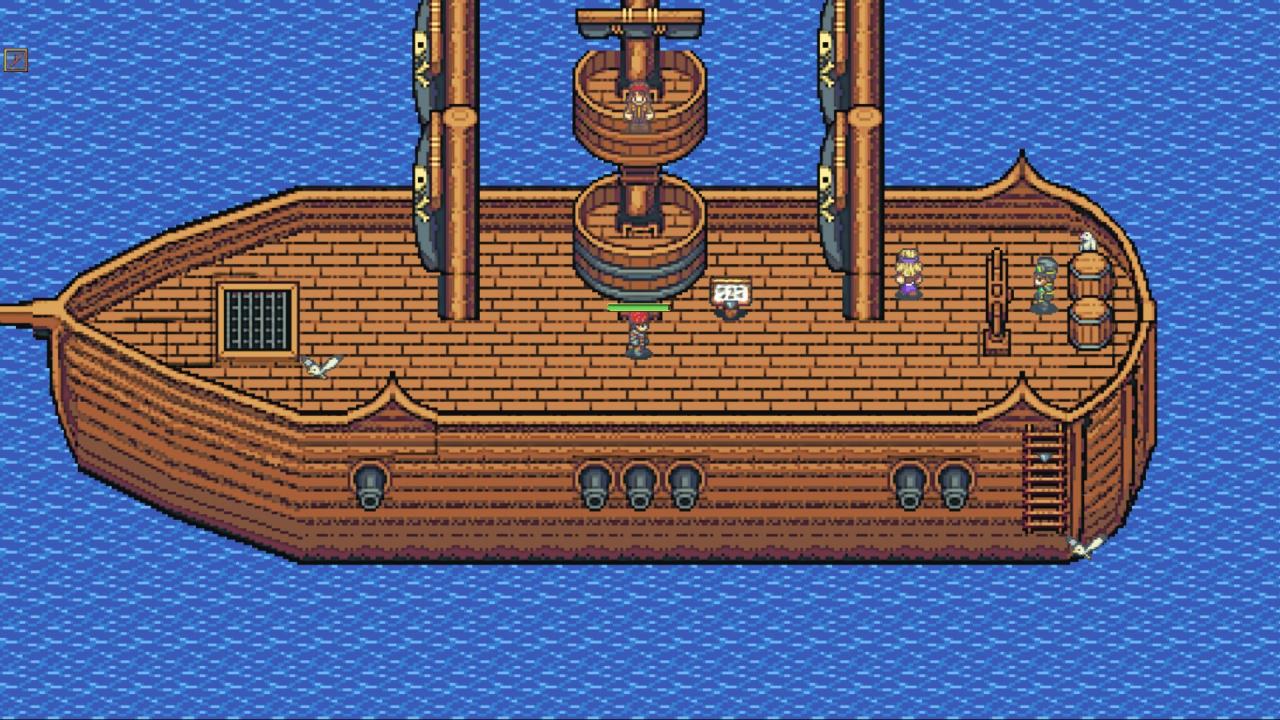 The next thing you should focus on is collecting enough money to buy yourself a ship and a home. There’s multiple ways that you can earn gold but we will focus on collecting treasure and exotics which can be sold in Tortuga.

READ:  Mutiny Island: How to Joining and Sailing with a Crew

Once you’ve earned 5000 gold you will be able to purchase yourself a Royal Frigate, Pirate Galleon or a house in Port Arbor or Tortuga. It’s a good idea to consider your own goals before deciding what to buy first. Buying a ship will allow you to travel the ocean without the same constraints of a temporary raft. You can also make the ship your home and respawn there permanently. Sailing with a crew to build up treasure can also be activated from your own ship. If you get the ship stuck and forget to make it your home, or forget where you left your ship anchored, you will have to purchase another one. Buying a house on the other hand offers similar benefits but additionally, will allow you to receive mail, gifts and spend your Pirate Points on useful perks.
You can even unlock a perk which makes ships cheaper! 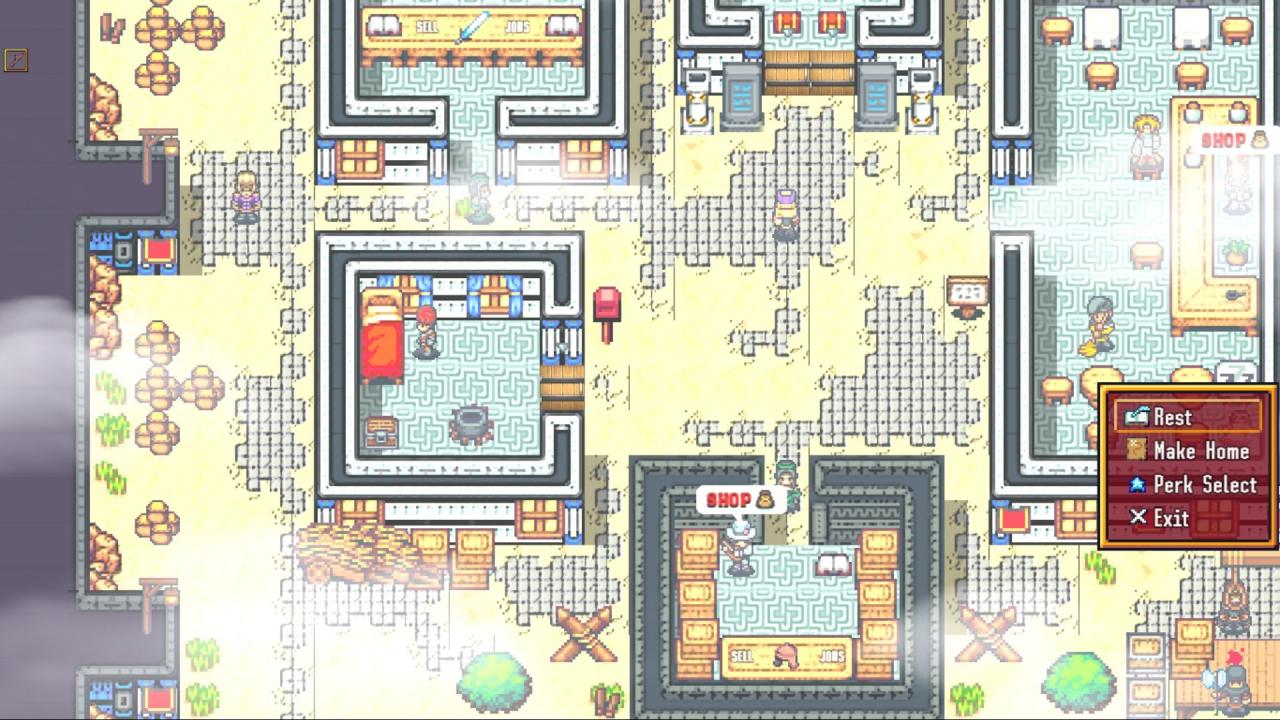 Once you’ve got your ship, it would be a good time to try forming a crew and enquiring with people for additional details about the Red Dawn. Tortuga is a great start. Sail to Tortuga and enquire with the locals there. Enquiring with people will
potentially give you items, allow them to join your crew and share useful information. 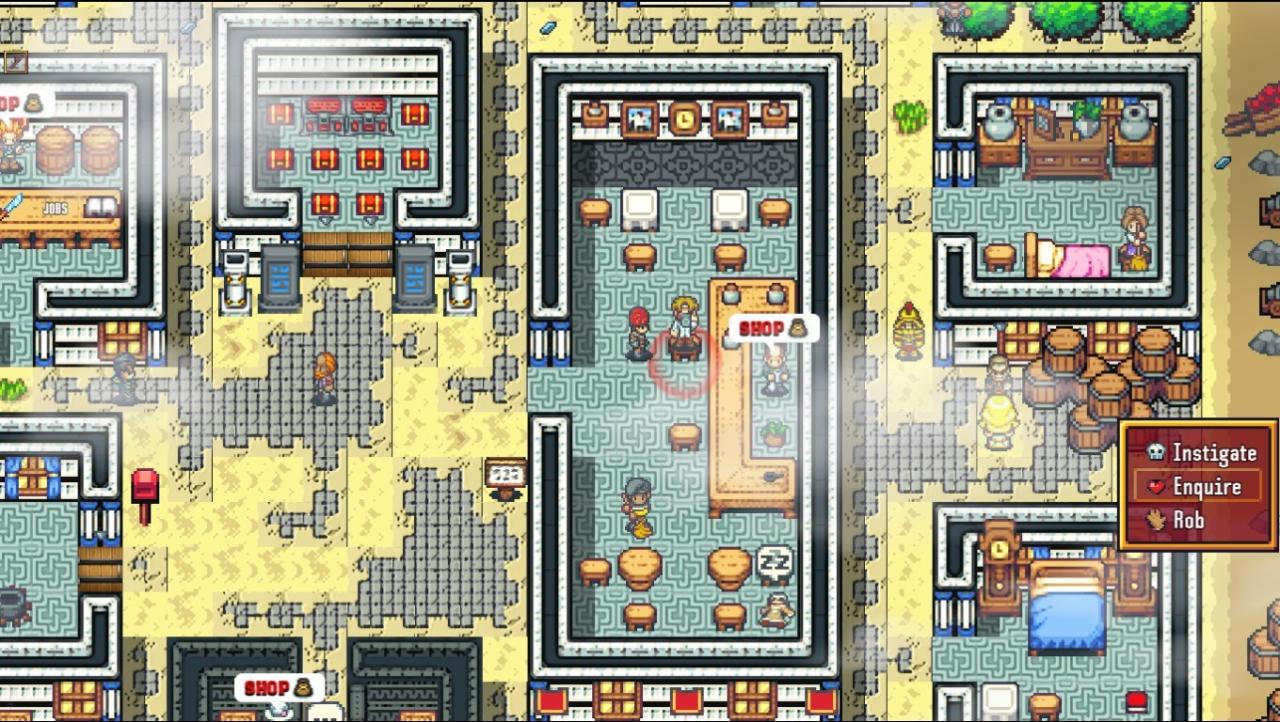 Once you’ve spent some time enquiring with the locals in Tortuga, head down to the region directly south called Shipwreck Cove. In the south eastern parts of the region you will find a blue building with some locked doors. The special inn or Maiden’s tale, needs a key before you can gain access. The key can be found in multiple locations. Your safest bet is to head back to Tortuga and enquire with Wilma the House Mum, who runs the special inn. You can gain access to the key by either Sweet Talking Wilma with Sweet Talker perk, pick pocketing her or attacking her. Once you’ve received the special inn key, head back south towards Shipwreck Cove and the special inn.

Once inside the special inn, speak to Cindy and initiate the festivities. Once the Special Inn night has begun, you will be presented with a few scenarios.
Speak to the blonde girl, Wendy. She will ask if you’re having a good time. You can choose any option. Ultimately you will need to speak to the black haired attendant, Bendy. Make sure not to insult her. Once you speak to Bendy, she will inform you of the old witch of the west who lives in the native’s pass region and also give you an item called the “Old witches orders”. take the witches orders and make your way towards the witches hut. Outside the witches hut you will see countless stimulants which can be gathered and a stranded royal Soldier. Enquiring with the soldier could potentially make him your friend. Once you’ve made a friend, they will occasionally appear in the midst of battles and offer you assistance. If you’ve made an enemy, expect them to attack you when you’re least suspecting it.

Enter the witches hut and present the “Witches orders”. She will explain that before she can tell you the location of the island of treasure, she will require the soul of a great captain. The witch will request that you present her with either Blackbeard’s or Davy Jones’s soul.

Heading directly north into the eastern deep sea region will take you to the location of Blackbeard. Make sure you have some Cannonballs in your inventory for the skirmish.
Use the secondary attack button to fire cannonballs.

In the south western part of the region is a little island with stacks of dynamite. Wait there until nighttime for Davy Jones to appear. Once Davy Jones has been defeated collect his soul and deliver it to the old witch of the west, she will then reveal the true route to the island of treasure. Read carefully the directions as one wrong move will reset your path to the beginning.

Head back to Port Arbor to begin the route to the island of treasure.
Follow the witches orders exactly and you will find yourself at Isle De Tresura.
If you had a bounty when entering the region, you will see a notification that the Royal
Armada has followed you. Either way, reaching the island of treasure will also bring you face to face with the red dawn. Make sure you have Cannonballs! Once you’ve defeated the Red Dawn in a ship skirmish, jump off your ship and swim into the red dawn and climb onboard. Reaching the center of the ship will initiate a cutscenes with Morgan. Once the cutscenes is over, the final battle with Morgan will commence.
Morgan has a large crew so dynamite is a great weapon for inflicting damage to a wide area. There are other powerful weapons which you can find across the Arbor to help sway the tide in your favor. Dispatch Morgan’s men and focus your efforts on Morgan.
If you have made any friends or enemies during your journey, there’s a good chance that they may appear in this battle. Once Morgan is defeated the ending begins.