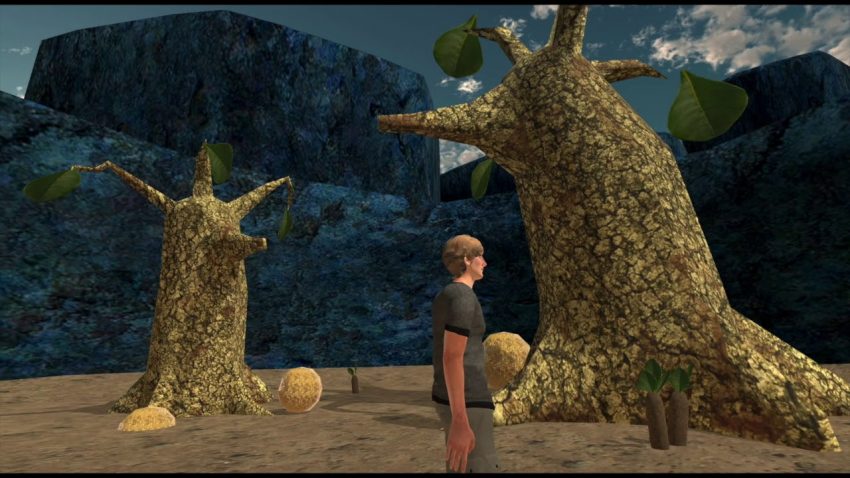 Moysenland is an adventure game to find another portal that will take you back home. the game will be available on Steam in October 2019. here is the information about the indigenous flora and fauna in Moysenland.

Near the lake there are a couple of plants, one species of tree and two species of cactuses.

The Moysentree is quite tall and appears to have grown here for a long time. The laves are growing two-and-two at the top of the small branches. 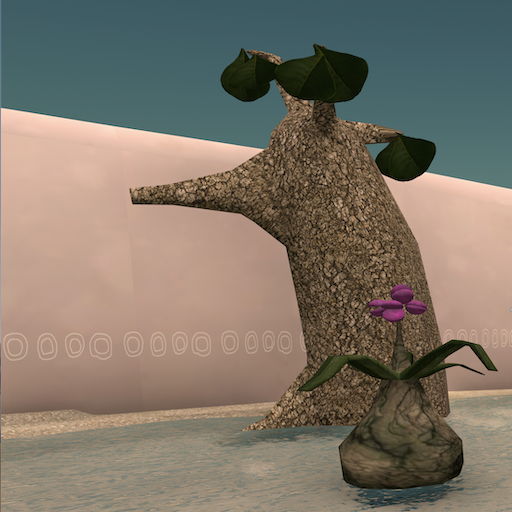 The Moysenlily have roots attached to the bottom but floats on the surface of the lake. In the midst of some lily leaves a purple flower bloom. When one come close to the lily it sends out purple particles( needs further investigation).

The Moysenberry grows directly from the roots of the Moysentree. It is not determined if it is the fruit of the Moysentree our a species which exists in symbiosis with the tree. When it reaches a certain size it lose the connection with the roots of the tree and bursts into two halves, revealing the moist, green interior ( containing seeds? further investigation is needed). It is edible if prepared and is eaten by the Moysenbird. 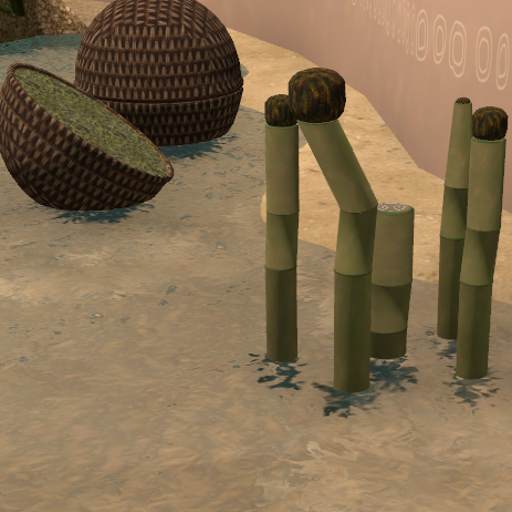 Moysen-frakens have hard stems with no leaves, just a soft ‘hat’ like formation on its top, probably containing its pollen. It is only growing in this place.

The Moysen-cactus can be found near the lake and also in adjacent areas. It probably grows well even in dry conditions. It has a green flower in the midst of the leaves, no thorns. 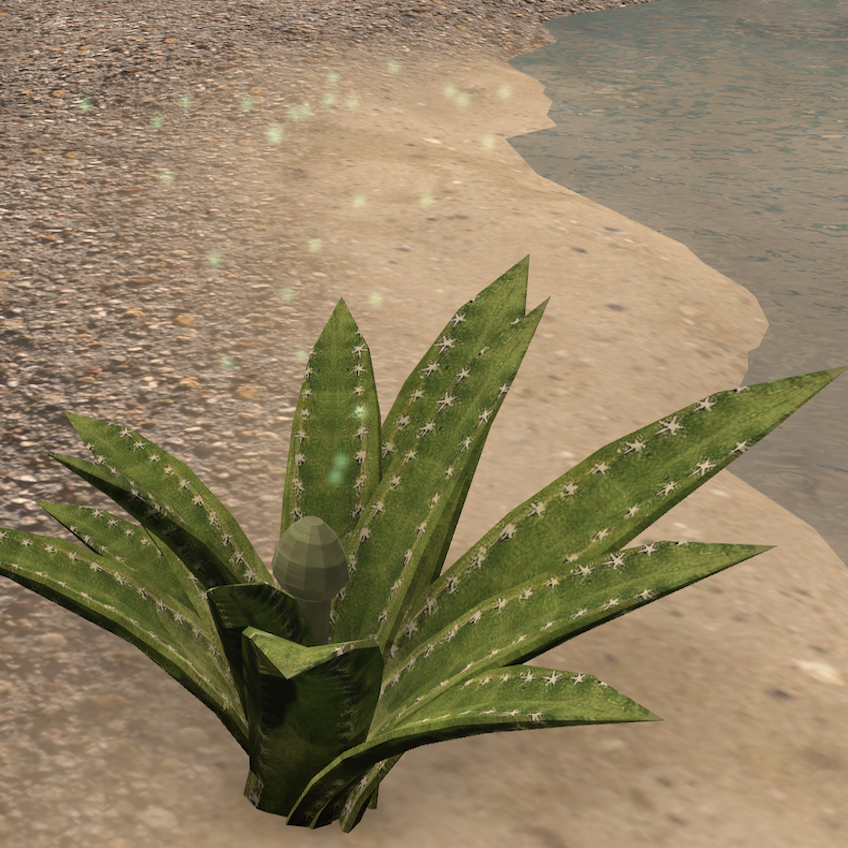 Another cactus variety grows on treelike stubs and further investigation is needed to confirm if this a one species or two in symbioses. This species can also be found in adjacent areas and do not have to grow near water to thrive. 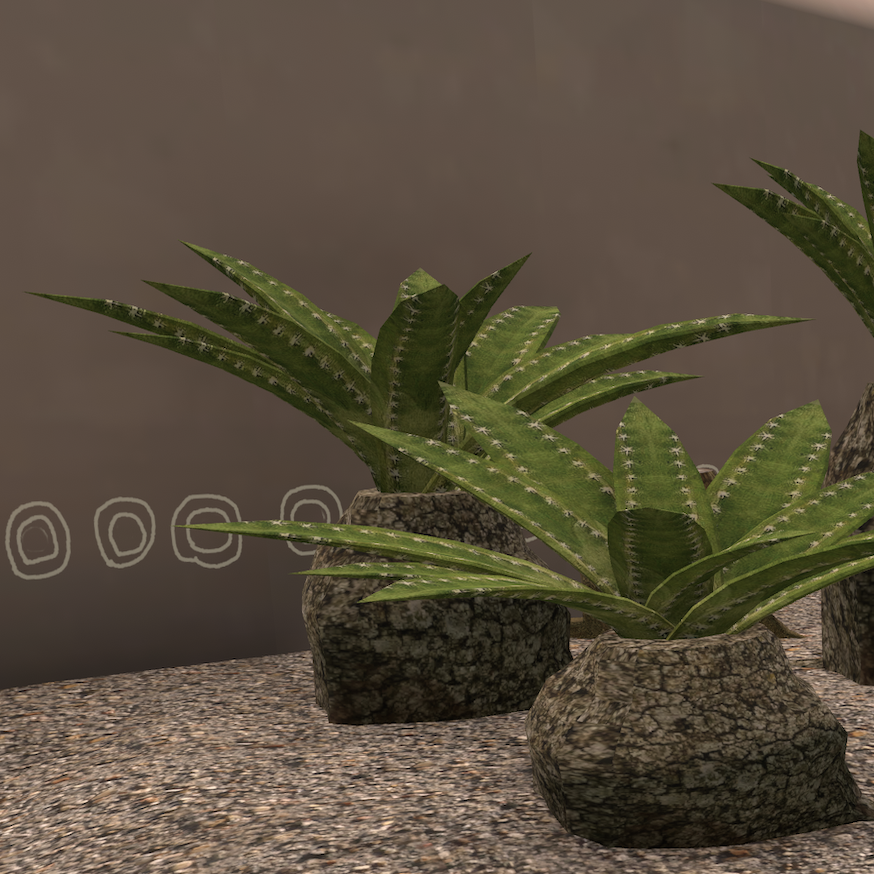 Ulteema cave:
Here are mushrooms which is grows on the bare rock. They are quite big and probably old)further investigation needed). One part of the plant is yellow and edible if prepared. 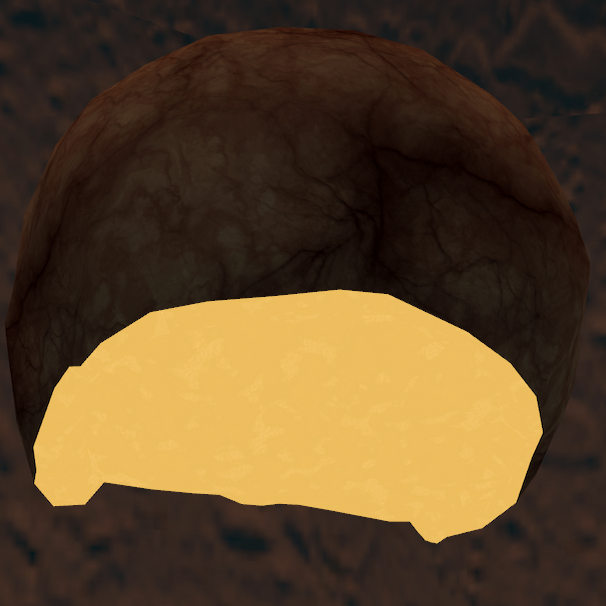 The Greenbird seems to prefer the Moysentree and can often be found sitting on the branches or eating of the Moysenberry. It has a sharp short sound. 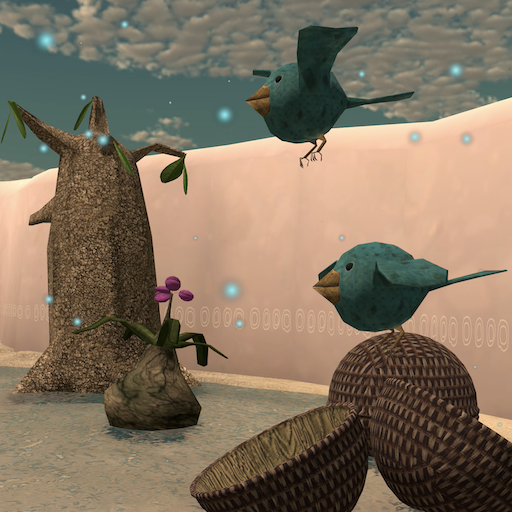