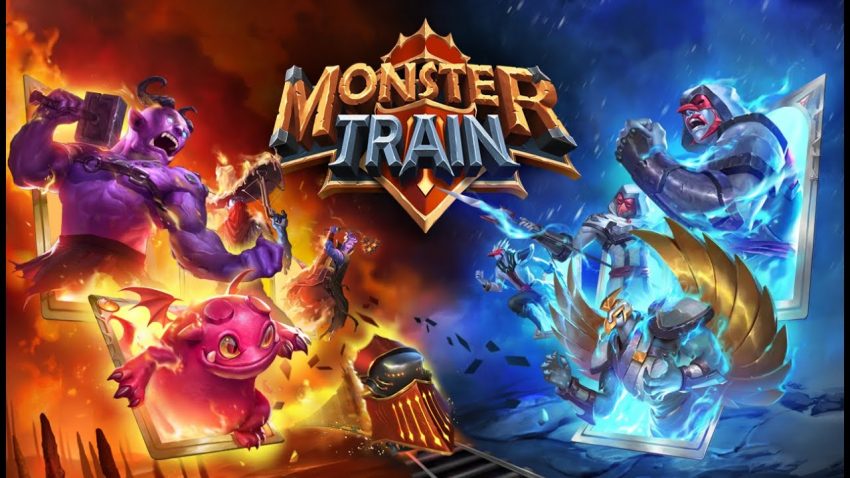 If you play Monster Train and looking for some advanced Strategic & Tactical Guide, this guide will help you to learn more information about the game, let’s check it out.

The game has numerous possibilities for synergies to drastically improve the value proposition of your units and spells. The classic example of improved scaling is giving a +power upgrade to a unit with multistrike. We’ll get into specifics later, but it’s important to establish the underlying principle that your aim with deck building is to assemble and protect these combos. If, as a hypothetical, you could get a unit that had double the normal stats for its cost, but couldn’t interact with any upgrades or synergies, it would be strong in the early game but fall off in the late game, serving as little more than a chump blocker.

The amount of stuff you can do on any given turn, your “velocity”, is bounded by both your ember and the number of cards you have access to. Thus, you want those factors to be in balance, as an excess of either is often useless. There are many ways to improve both sides of this equation, so you should try to develop an ongoing sense of your deck’s balance in order to aid decision making. It makes intuitive sense that adding expensive cards to your deck increases your need for ember, but it’s less obvious that adding free spells or reducing the cost of cards increases the value of card draw. Ways to add ember generation to your deck are easier to come by than draw, though, which is worth bearing in mind for the boss artifact choice. Lastly, you can look at the bosses icons on the map to know which versions you’re facing. I recommend picking up the ember upgrade against scourge Fel, especially if you don’t have a way to kill her backline early.

You are likely already familiar with the concept of cutting cards to improve your deck, but in my experience it is even more crucial in this game than in others of its genre. The upgrade system in this game, which can drastically improve cards, means that there will often be a vast difference in power level between the best and worst cards in your deck, even before the consideration of synergies. Anecdotally, I often find myself not only prioritizing the “purge 2” paths and spending gold to purge cards at shops, but also regularly declining to add any cards to my deck when offered. Note that there’s a distinction between units/consume spells and regular spells: the former are one-time whereas the latter cycles indefinitely. This means removing spells makes a bigger difference in your deck “size”, especially in longer battles. It’s often possible to reach a state later in runs/battles wherein you have access to your entire deck each turn, which is not only innately powerful but it can also save you money from not needing to buy holdover or permafrost upgrades.

The obstacles you face throughout the game come in three varieties: frontline enemies with high health, backline enemies with low health, and bosses. While there are minor variations within these types, grouping them in this way helps when deck-building, as you want to have avenues to deal with each category. For instance, an aoe damage spell like Glimmer, or quick on a sweep unit, are great at dealing with the second category, but not the other two. Generally speaking, it is best to incorporate a single answer to each of these categories, and cut out everything else. As a note for newer players, though, I would recommend trying cards out as much as you can, preferably with upgrades, to get a feel for their utility- even if doing so makes your current run worse.

The most impactful decisions you make regarding deck building are in the paths you choose between battles. As early as possible, you should have an idea of what you are trying to build in your run, keeping in mind the end boss’s special effect. In keeping with the already covered principles, the needs of your deck and therefore the potential power gains of the various path options will shift constantly, so these decisions will need to be based off of ongoing analysis instead of a “see x, take x” approach. That said, a common way to spike in power is to upgrade a single card twice and then duplicate it, so looking ahead at the future path options can help you plan this out.

There are a few ways to set up infinite loops. Any two non-consume, free draw this turn spells can cycle each other when the rest of your deck is out of the way, perhaps using an incant trigger as output with setups that can’t add an external card to the loop. Cards to keep in mind for this purpose are Awoken’s Railspike with the First Hellpact, Pyre-Gro, and Excavated Ember from the event. Offering Monument with Cycle of Life can also loop, as can endless Scholar/Trancensdimps with Forever Flame and an Imp-In-The-Box.

READ:  Monster Train Who's The Dapper Gentleman Help Dante Or Not?

Your strategies will often involve a “setup” room where your strongest units are stacked, as this works well against bosses. Setting up on the bottom floor offers more potential points from the boss rush bonus, but setting up on the top floor is generally safer, as you have more time to establish it both for the regular enemies and the boss. Using ascend/descend effects to stack the room also affects this choice.

Speaking of ascend/descend effects, they are incredibly useful not only for room stacking but also for use on enemies. In addition to shifting how combats will play out, or giving your setup room additional opportunities to take out units, you can nullify zero power blockers, or stack enemies for aoe effects. You can also use ascend/descend to get early damage on the flying bosses, even potentially killing them before the relentless phase for a large boss rush bonus.

You will often have to do some mental math to determine optimal play, particularly for bosses. If a frontline unit has 25/30 health and the boss has 10 power, then using a restore on it doesn’t accomplish anything, but healing a unit further back with 8/11 health does. This can get very complicated, especially when there are many divergent potential lines of play, but I recommend taking the time to plot everything out. Similarly, torching a 6/2 backline unit feels great, but if the unit is going to die anyway and the damage it would deal doesn’t change whether a unit lives or dies, (either on the current or a future turn) then the torch effectively does nothing.

You can reset battles by quitting to the menu then going back in- because the game is deterministic, everything will turn out the same if you make the same plays. Some people are of the opinion that this is unsporting to use except for crashes or disconnects, some think it’s ok to use for learning, misclicks, or obvious mistakes, and some are ok with using it repeatedly to optimize.

Cards that already have consume fulfill the trigger, so you can use them in addition to unwanted spells to protect your deck. You will want to avoid super thin decks, unless they can kill Seraph in the first few turns.

Obviously, builds based around buffs or debuffs go down In value, but it is possible to power through the cleanse, especially with doubling effects. You can also diversify your floors to discourage Seraph from camping your setup room.

Strategically similar to Chaste, although decoy floors are even more important, and spikes and spell weakness builds are largely unaffected. If you’re Remnant, try to pick up a copy of Resin Removal.

Angling for score on Dailies

Score in MT is relatively simple, battles are worth an increasing amount of base score, and these scores are modified by: +50% for trials, -X% where X is damage taken, up to a cap of -50%, and by the boss rush bonus, which is +10%/ turn, so +30% on the first relentless turn and +100% for a first turn kill on flying bosses. Optimizing to achieve these goals necessitates some subtle changes from optimizing for a win- for example, Spreading Spores is less appealing in this context because it’s not as easy to get early kills on flying bosses with it as other options. Of course, you also have to consider the mutators in play in both your strategic and tactical decision making.

That’s all we are sharing today in Monster Train Advanced Strategic & Tactical Guide, if there are anything you want to add please feel free to leave a comment below and we’ll see you soon.