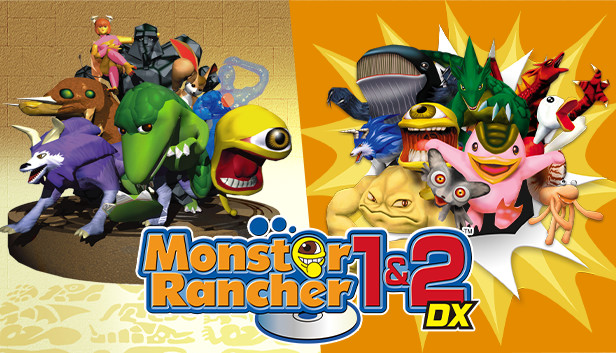 For Monster Rancher 1 & 2 DX players, this guide provides all the monster lifespan in game for you, let’s check the out.

I’ll be blunt and straight to the point here, the values and estimates are based on maximum lifespan for a monster which can only be achieved by doing absolutely nothing (resting) every week.
This would be pointless for obvious reasons but I want to point it out now because everything else will lower lifespan even further so you will find your Monster dies noticeably faster than these values suggest because everything from training to battling to even playing a game together is eating into its lifespan.
Furthermore the Nintendo Switch and Steam re-release, which version are they based on? We genuinely don’t know at the time of me writing this guide but that is important too because in the original Japanese version the monsters had even shorter lifespans by -100 weeks apparently so if you notice your Pixie dies every time you blink, that could be a contributing factor.
Finally Monster Rancher 1 data is harder to obtain because it didn’t get a European release, instead Monster Rancher 2 was released as Monster Rancher 1 in Europe and while I enjoy both games, it is clear the sequel had a lot more polish and was a more popular title too.

Okay let me preempt the following questions right now since you probably just looked at the table and decided what monster you wanted. Galaxy is a Monol but is unique in the fact it has the longest achieve-able lifespan of the Monol family. To obtain it use the Star Wars soundtrack and it should be obtainable immediately at the start of a new game.
Next up is that 1 week lifespan Sueki Suezo, this simply requires the Monster Rancher 1 disk and it has extremely high stats but exists purely for breeding and can be helpful for unlocking the Ghost as well, you can feed it food that extends lifespan but given you can have as many of these as you want and they exist purely to be merged anyway it does seem rather pointless to try and extend its short lifespan.

Worms cocoon after a time and what you get from the cocoon can be quite interesting, the process doesn’t directly affect lifespan but the result of it might, cocooning is such a broad topic it is way outside the scope of this guide to try and cover it.
On the subject of scope, there are many special breeds that are “Monster Type/???” that usually change the rules on lifespan, for example Kasumi which is obtained by using Dead or Alive (of course) has the highest lifespan of any Pixie but given there are probably hundreds of these secret monsters, I just didn’t cover them.

As a general rule pure-breeds will have the longest lifespan, followed by merging with a long lifespan monster, so a Pixie+Plant will very likely live longer than a Pixie purebreed. Of course there are exceptions such as Joker, where every crossbreed lives longer than a purebreed Joker and Ducken which has the same problem combined with the fact it only crossbreeds with Golem and Suezo. Also yes, Ghosts can die ironically and do not crossbreed with anything either.

You may have noticed the guide has gaps for MR1 which I already explained and also feels unfinished in general.
That is because I started writing this guide as the game gleefully downloaded and was very excited to be ready to play this new Steam port and support the game so maybe other MR games get a release, only for the game to just…Not work. I mean that literally too, refuses to boot claiming I am missing a .dll file that I am not missing, so I copy it over to the install directory since that is clearly the issue and then the game says “okay, well I don’t want to run anyway”. It gave me an error message before but no such luck this time it just refuses to boot.
So I refunded it, what else can I do? I am sure they will patch this problem in the future, whatever it is but I can actually just play MR1 & 2 that I legally own anyway, I only bought this to show support and what a kick in my own face when what I actually got was no support from the company I was doing a favor too, wow!
READ:  Monster Rancher 1 & 2 DX CDs Database List Guide
That’s all we are sharing today in Monster Rancher 1 & 2 DX Monster Lifespan Guide, if you have anything to add, please feel free to leave a comment below, you can also read the original article here, all the credits goes to the original author Grumpy