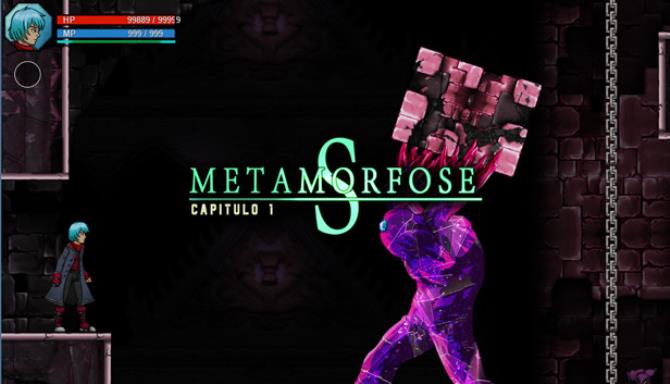 This guide will help you understand the Skills and the Weapons found in the game.

The Skills in the game divided in two categories Usable and Extra.
– Usable are the ones that you that appear in the ability ring located in top-right of the screen. As the names implies, you use them pushing the “skill button” in you joypad or keyborad. You get a new Usable skill everytime you beat a Boss.
– Extra are the ones that gives features or maneuvers. They don’t need to be selected be used – but some require press the buttons to work. Extra skills can be found scattered in the worldmap and don’t require beat a Boss to get.

– Spikes
Cost: 20 MP
Got from the Sentinel Boss. Thows a spiked ball. It can be used to reach enemies or switches that are on the other side of gates and walls (though it causes little damage). Needed to opens the path to the Forest Cave.

– Trunk
Cost: 10 MP
Got from the Deformed Trunk Boss. Summons a minature of him that acts like walking plataform, helping cross dangerous areas or reach higher places that you can’t using your normal jump or the double jump.

– Ice
Cost: 50 MP
Got from Roje, the Ice Boss. Gives temporary Fire resistance and cast four ice daggers that whirling around you for some time dealing little damage while active – but the fireproof stays even after the daggers dissappear. Needed to survive in the Desvastated Area.

– Knife
Cost: 20 MP
Got from the Serpent Boss. Throws a flying dagger in straight line. It has a better damage and reach than the Spikes, but cannot be used to hit enemies or swithes behind walls or gates.

– Invisible
Cost: 50 MP
Got from the Scorpion King Boss. Makes you intangible (like a ghost) for little time. It can be used to bypass enemies without getting hurt or to pass though iron bars gates. Needed to reach the top of the Ruins.

– Transform
Cost: 150 MP
Got (back) from Darião, the Ruins Boss. It gives you a insectoid (cockroach?) armor. While active, you can hit enemies two times with only one attack; your a whirling claw attack when attack while the air; and you can FLY instead of double jump when press the jump buttom, allowing you to reach the highest parts or the map – that can’t reach even using the Trunk + Double Jump tip.
obs: when you start flying, you stop only if press attack, jump, skill or dash buttons.

– Soul
Like Castlevania, allows you the see how much damage you deals to an enemy and how much he dealt to you.

– Dash
Is more like an acrobacy. by default it goes forward but can used backward too (just push directional button to the direction you want and use the dash button). Can be used like a “back step” to evade melee enemy attacks.

– Air Kick
Allows you do a diagonal dive kick attack pressing the jump button during the double jump.

– Drink
Allows you roll over the ground to pass through small passages or avoid some enemies projectiles.
Needed to get the Diving Mask loacted at the Amethyst Castle towers.

– Dive Mask
Allows you to breath underwater – nulifying the breath counter that appears whenever you was submerged. Needed to cross the Tunnel of Abomination, to find the Pirate Ship.

Weapons in this game not differ its power only from the attack and/or critical stats (critical damage and critical chance), each has a different charged power (press attack button until your char starts to glow, then release it).

Ice Sword
Materials: None
Found in the Laboratory.
Charged Power: a blast of energy that deals more damage than a normal attack.

Steel Sword
Materials: Dragon Claw + Steel + Magic Stone Lv1
Charged Power: an energy axe that hit enemies in a circle range. Useful against enemies above you or one layer of behind walls or gates.

*Although the game calls all weapons names with sword in end of the word, I not used it to refer to Cimitarra, Colhona, Gladius, and Scramassax, because they are sword’s names already. So I don’t want to make it sounds retoric.

**get the Cimitarra quick is the key to advance in the game. But the Resistant Wood material its one of the materials hard to find.
It can be dropped from the Gladiator enemy found in the Ruins area, but there is a secret room in the tower that leads to the Amethyst Castle boss, with enough material needed to craft the sword!