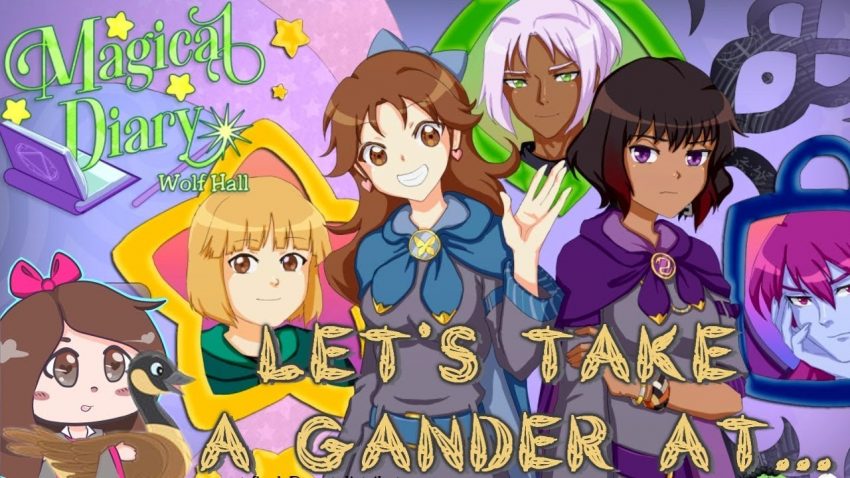 Welcome to SteamAH. here is a list of the in-game spells, the level of magic you can learn them (and in which class), as well as their mana cost and effect. if you have any problems. please let me know.

1 – Breeze (1) Moves air around the caster’s current square creating a gentle breeze
5 – Push (3) Shove a target one square in the direction chosen by the caster
10 – Energize (2) Shakes and warms a target, counteracting some spell effects
15 – Spark (2) A spark strikes the target, which may catch fire if it’s something likely to burn
20 – Slash (5) A sharp blow to a soft target causes 5-10 points of damage. Inefficient against hard targets, like stone.
25 – Blast (10) An explosive force causes damage to the target and sprays shrapnel (5-10 damage to stone, 12-16 damage otherwise)
30 – Crush (8) Force pushes in around the target from all sides, causing 14-33 damage. Damage increases with Red magic skill
40 – Flames (13) A burst of fire damages everything in the area. (8-12 damage to flesh, 1-5 damage to stone)
50 – Freeze (13) Draws energy out of target. Causes 3-6 damage, blocks movement, and may interrupt spells
60 – Lightning (10) A blast of energy strikes the nearest large target in a chosen direction. Does 5-16 damage
80 – Force Push (13) Shove a target multiple squares away, doing up to 9 damage
100 – Shockwave (20) A wave of energy pushes back all targets in adjacent squares, causing 5-16 damage

1 – Diagnosis (1) Determines the current state of health of a living target, and locates ailments and injuries
5 – Track Scent (1) Allows the caster to track the most recent creature to pass through an area
10 – Heal (5) Cures minor injuries and ailments on one living target, restoring up to 10 HP
15 – Boost Strength (10) Focuses the caster’s life energy to temporarily increase physical strength and health. Bonus health will be lost when the spell ends
20 – Sicken (10) Affects a living target with illness and pain, dealing 6-10 damage
25 – Slow (15) Causes the target’s body to become sluggish, slowing their movement temporarily (8 turns)
30 – Blind (10) Target is unable to see for 3 turns, unless healed
40 – Stagger (30) Target is overwhelmed with dizziness, interrupting a current action
50 – Entangle (20) Cause roots and vines to grow over a targeted area
60 – Drain Life (25) Damages a living target to heal the caster. Drains 10-15 HP
80 – Thick Hide (20) For the next 6 turns, all damage done to caster is reduced by 20%
100 – Regenerate (30) For the next 6 turns, target automatically heals 7-9 damage every turn

1 – Spirit Sense (1) Detects nearby sentients, including ghosts and creatures of the Otherworld
5 – Empathy (2) Reveals the emotional state of a target
10 – Communication (3) Allows the caster to communicate understandably with a willing target
15 – Awareness (5) Expands the caster’s mind to visualise nearby locations, marking them known
20 – Spirit Echoes (3) Can reveal impressions left on a target by strong emotions in the past
25 – Tap the Flow (1) Draw energy from the Otherworld to recharge mana supply
30 – Distraction (8) Causes a target to be temporarily confused, forgetting to act in the following moment
40 – Fear (10) Causes a target to feel terror and wish to leave the caster’s presence for the next four turns
50 – Call (8) Cause creatures in the surrounding physical area to be drawn to the casting location for at least 3 turns
60 – Foresight (5) The caster knows what everyone else is about to do for the next 5 turns
80 – Find Spirits (15) The caster becomes aware of sentient creatures in the current dungeon level for the next 3 turns
100 – Ward (5) For the next 10 turns, other sentient creatures will not enter or exit the target square

1 – Inspection (1) Detects weak points and hidden details within one object
5 – Inscription (1) Write or remove words from a target object
10 – Trigger (5) Sets off simple delayed effects or traps within the caster’s current location. Can be dangerous!
15 – Detect Charm (3) Detect objects which have been enchanted in the caster’s current location
20 – Open (10) Unlocks and opens doors or other objects that are designed to open and close
25 – Seal (10) Fixes objects in place or fuses them shut. Repairs 2-6 damage
30 – Shape Stone (20) Rearrange a small amount of stone into a new configuration
40 – Fracture (15) Damages the integrity of objects, possibly shattering them
50 – Enchant Object (5*) Infuses an object with a basic undercurrent of magic. Cost varies by how much mana you wish to bind into the object
60 – Dispel Object (25) Removes and enchantment from target object
80 – Diamond (15) For the next 10 turns, target object resists all damage and alteration
100 – Dig (25) Remove stone in the desired direction. Mana depends on target: 10 for a wall, 25 for solid rock

I’ve sorted these by the class the spell is taught in. Once you have the stats, you have to take the correct class to actually learn the spell! I’m not sure if dual-spells are taught in both classes with different stat requirements – it’s a possibility. But these are the ones that I found that worked, with the lowest requirements I could find.
READ:  Magical Diary: Wolf Hall - How to Become President Without Fancy Cupcakes

Blue Class –
Blue 35, White 35 – Ground Spell (8) Interrupts target’s casting to redirect their spell to the ground or floor
Blue 60, Red 15 – Burn Magic (10) Transmutes the target’s magical energy into heat, causing up to 15-20 damage
Blue 65, White 50 – Drain Magic (1) Steal a small amount of magical energy from another spellcaster
Blue 70, White 80 – Anti-Magic Field (15) Prevent new spells from being cast in a square for the next 3 turns

Green Class –
Green 20, Red 10 -Long Jump (8) Allows the caster to leap over one square and land on the far side
Green 25, Black 30 – Poison (8) Alter substances within a living body, causing ongoing damage and pain. Does 30 total points of damage, spread out over 6-10 turns
Green 25, White 40 – Sleep (13) Causes a living target to fall asleep for 4 turns, unless disturbed
Green 35, Blue 40 – Scramble Senses (8) Target becomes confused and acts randomly for the next 5 turns
Green 55, Black 50 – Sticky Feet (10) Glues the target’s feet (and shoes) to the ground, preventing movement for 5 turns

White Class –
White 20, Blue 25 – Farspeak (4) Communicate with a willing subject in a nearby known location
White 30, Green 15 – Sacrifice (1) Caster expends life energy in order to gain magical energy. Costs 2 HP per MP regained; max MP gain 10.
White 50, Blue 50 – Mindwall (5) You are protected against mental attacks for 5 turns
White 85, Red 30 – Seeker Sting (8) Creates a missile that seeks out the nearest sentient creature other than the caster and does 3-5 damage

Black Class –
Black 15, Blue 20 – Televoke (5) Triggers simple delayed effects and traps in a known location
Black 35, Blue 40 – Transfer Charm (8) Move an enchantment from one object to another
Black 55, Red 25 – Force Wall (10) Creates a forcefield that blocks an exit
Black 55, Red 50 – Fire Trap (18) Target exit will explode in flames when walked through
Black 55, White 40 – Wrong Way (5) Next attempt to use this exit will instead move in a randomly-chosen direction
Black 65, White 50 – Drain Charm (1) Steal power from an enchanted object, removing its effect and regaining some mana