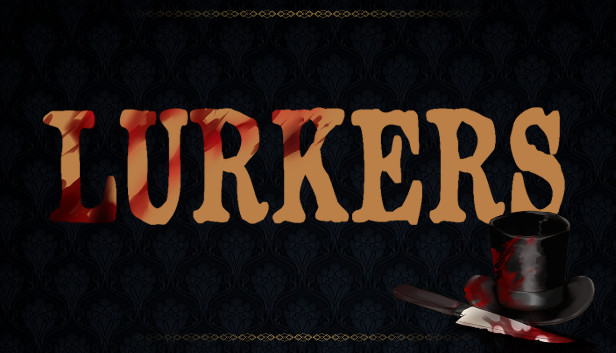 For Lurkers players, this is a guide of complete walkthrough and 100% Achievement as well, if you are a achievement hunter, this is the perfect guide for you, let’s check it out.

The game is pretty easy, to be honest, but during interrogations, the order of your questions may determine if the character you’re controlling at the moment has the time or not to ask all of the questions. Following this guide will allow you to obtain most informations you can obtain during the game, either by providing the order in which you have to select topics so you get them all, or simply by providing the answer that will give you most information, if you actually have to select only one option.
It also gives details on how to get all endings and achievements, in case you don’t want to try by yourself.If you care about spoilers, you can follow only the walkthrough or only the achievement guide, depending of the type of spoilers you prefer. The walkthrough will list most of the choices in the game, but you won’t get context for any, while the achievement guide will list very few choices, but reveal some details about the story or scenes.

Lurkers is a linear game that focuses mostly on the investigation going on. While depending on some of your answers or answer order, you will get more or less information, I’m pretty sure you can still get the good ending anyway, as long as you select the right culprit at the end (keep in mind I didn’t try a playthrough with minimal information, so better stick to the guide just in case).
Because of that, I will not make multiple walkthroughs (one for each love interest and the no romance option) – it’ll be easy enough to follow with one. But I will add some clarifications as to what some of the choices do.Choices will always grouped by interrogation / scene.

In my opinion, Chris’s route is the sweetest and most romantic. I’d suggest playing in the following order: Friendship – William – Chris, but it doesn’t change much.

– Is he here right now?
– What is Mr.Forrester’s position in The Illustrated?
– How long has he worked for you?
– Is there a reason for him to cover these crimes?
– We already know enough, thank you.

– You aren’t a coroner, are you?
– Why did the police call you, exactly?
– What did you notice in regards to the corpse?
– Have you examined the second victim’s corpse?
– Do you think both crimes have the same murderer?

– Look around the room.

– Why exactly are you so interested in Chris?
– What are you doing here?
– Have you seen anything relevant to the case?
– Where were you at the time of the murder?
– Did you know of the other murder tonight?
– I don’t have more questions. Good night.

For the following interrogation, selecting Purkiss will give you more information and clues, but you’ll have a major continuity error during the climax or bad endings of the game (you’ll notice it when you see it, on the good ending path). Selecting Llewellyn doesn’t give you any useful info, but you won’t have continuity issues. You can get any ending you want with both choices.
– Mister Purkiss.
* What do you want Chris Forrester for?
* Have you seen anything suspicious?
* What do you think about this crime?
* How did you arrive here so quickly?
* I don’t have more questions.
—–or—–
– Doctor Llewellyn.
* How strange to meet you here.
* Have you seen the woman’s injuries?
* Do you have any theory about the murderer?

– Dr. Llewellyn
The other answers lead to a bad ending. While the overall outcome stays the same, some elements will change, and you get a different achievement for each. Please check them all if you want or if you’re achievement hunting.

A list of all the achievements and how to get them. It’s pretty straightforward.

William’s Love Scene
Don’t hug Chris when given the opportunity, or hug him and make Eddy tell him he sees him as a friend only, then agree to a date with William.

Chris’ Love Scene
Hug Chris when given the opportunity, and make Eddy accept his feelings.

Bad End
Reach any of the three variations of the bad ending, by selecting the wrong culprit at the end, or not selecting anyone.

Undecided
When the time comes to select the culprit, answer “I’m not sure”.

Threat Solved
When the time comes to select the culprit, answer “Dr. Forbes“.

Made a Deal
When the time comes to select the culprit, answer “Mr. Purkiss“.

Friendship’s End
Do not romance William or Chris and select the correct culprit at the end (Dr. Llewellyn).

That’s all we are sharing today in Lurkers – Walkthrough and Achievement Guide, if you have anything to addm please feel free to leave a comment below, and we’ll see you soon.