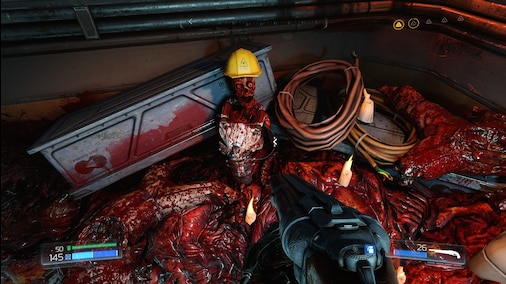 Go to settings and turn on the difficulty slider.

You need to play as Aniki and there is a random chance that he will spawn with a baby head.

You need to play as Obama and there is a random chance of him spawning as Thanos Obama.

For this one you need to win a match with 5% health remaining. I recommend getting the AI low health and letting them hit you until you are at 5%. Then stay in an area without lockers so you don’t risk killing them before you are 5%.

You Got Me Mad Now Son

Replay 3 matches. If you aren’t getting it try returning to main menu.

Lose 5 matches. Try to get stuck in the roof and stuff like that because sometimes this can take awhile. Also ring outs are a quick way to lose.

Get Up You Lazy Cow

Don’t move for an entire match.

What The Hell Are You Two Doin?

Get a ring out. So to get a ring out I’m pretty sure you just have to knock them out of the map. So try slamming them into the windows the roof and the doors because generally the AI will get stuck in those a lot.

Both players must be Kazuya in PVP.

Be Quick About It

Win a match in under 10 seconds. Ring outs are a quick way to get a 10 sec knockout. If you are trying for the 100 Wins achievement you are most likely gonna get this on the way.

Play your first match. This is literally impossible to miss.

Lord Of The Lockerroom

Win 100 Matches. Ok for this one and the other winning achievements I recommend getting behind the little group of lockers next to the one door and the two benches. When you are behind there the AI will keep slamming into the locker and killing itself which makes for a pretty quick win.

Play the game on Aniki’s birthday “July 14th”. Or you can set your computer date to July 14th which also works.
Written by hal