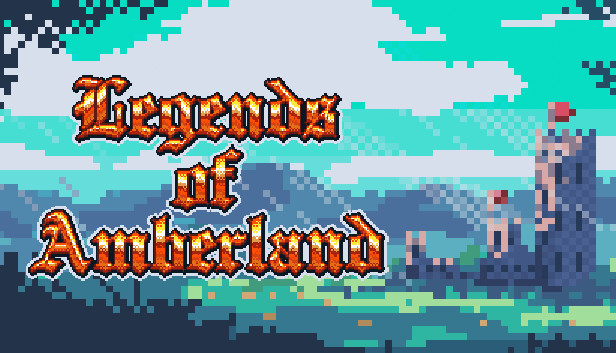 Guide to the classes based on my own personal opinions.

This is just a simple little class guide based ON MY OPINIONS. I only played on Normal difficulty so far. As I play it more, I will revise it as I see fit. This is designed for NEW PLAYERS, as more experienced ones will most likely have already found team compositions that they like.

For some statistical information, look at the unfinished official manual.

This will be updated as I play with the various classes.

Info: A healer/support class that can do a little damage with a weapon if needed. They should be anywhere EXCEPT the middle three slots on the formation.

Opinion: At low levels they are pretty boring. It takes a while for them to really start to shine. Their base heal is just OK (same one as the Healer class). Having them as an Elf or Half-Elf really helps, as that gives them an AoE heal. They are pretty good at cleansing conditions (especially if they are an Elf) and get some good buffs.

Info: As the name implies, they are a primary healer. All they do really is heal. They have a natural penalty to evading and hit chance, so they will need to be at either sides and furthest from the middle of the formation.

Opinion: I don’t know what I would have done without this class. Has a good heal, a good AoE heal, and cleanses poison and paralysis before the Bard. Also gets an out of combat regen buff for while you are walking around. However, they can’t do it alone, so I strongly advise an off-healer (another Healer, a Bard, or a Troubadour most likely).

Info: The tankiest tank that ever did tank.

Opinion: This is your middle slot, going to take most of the hits, person. Good HP and high encumbrance let them take a lot of hits. A Cloak of Displacement is a nice investment for them, as is anything that gives the Protection effect.

Info: A fighter/caster that has to be an Elf. They get a fairly good encumbrance, so they can use a good amount of gear. Since they have to be an Elf, they have less HP.

Opinion: I like the class, but overall they won’t be dealing the big numbers. They suffer from needing all of the stats. They do get a nice mix of Spells, especially since they are elves. I like them, but I know what to expect from them. Choose to focus on their magic or their physical side, but don’t completely forsake the other. Means you have to think a bit more than with others about stat allocation.

Info: The game tells you that his is a Ranger with Wizards Spells. That is a lie (or at least miscommunication). They are ALMOST purely a physical combat class.

Opinion: Focus on their Strength and Dexterity. Don’t worry much about their Knowledge and Willpower unless you make them an Elf and they are your off healer. Their spell list is tiny and pretty fast their first spell (Power Fist) becomes not as good as your melee attack (especially because of its unreliable damage). The only Spell that is decent is Fireball and that’s only when you are fighting multiple enemies.

Info: Your heavy weapons damage dealer. They only have mediocre encumbrance, so they don’t get the heaviest armor. However, they can easily be made to hit like a truck.

Opinion: This is my best damage dealer out of the bunch. I made it a dwarf and that means axes get a critical chance bonus. That works until you get a weapon with Slayer, then that’s even better. It is a fairly simple class, but its reliability makes it more fun than I expected.

Info: An offensive spell caster that depends on their spells to do anything. They have a natural penalty to evading and hit chance, so they will need to be at either sides and furthest from the middle of the formation.

Opinion: While I don’t find all of their spells useful, and their damage value ranges are annoying, I like this class. It has the chance to hit incredibly hard. When you need to conserve MP, it has a very low cost (1 MP) spell that hits reliably. The nice part about that is that it ignores an enemy’s evasion. Unless you used Magic Arrow last turn, don’t hit the “last attack” button at the top or you might waste mana.