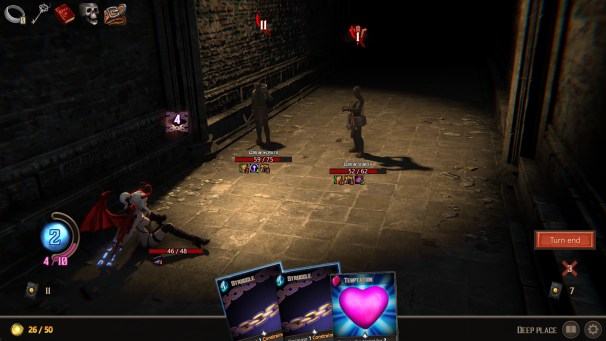 A detailed breakdown of all the cards which have made it into my final decks in 1.3.5

Cards here are broken down into five tiers, as follows:

Note that this guide is NOT an exhaustive list of all cards in the game. The gallery in Last Evil only shows scenes, not cards, and this makes it difficult to see what’s here and what’s missing. I built this guide by using the play records of my previous runs, so if it doesn’t show up here, it’s because I haven’t run into or tested with it yet.

Also, I’m too lazy to manually screenshot, edit and upload images for every single card, especially since the game is in active development, so this guide is going to be pretty text heavy. Sorry if that offends your sensibilities, but oh well. The card text is purposefully going to use the original text from the game, without any spelling or grammar corrections.

No guarantees that this remains updated beyond 1.3.5.

It doesn’t matter how many of these there are in your deck, or what your strategy is. You want more of these.

Powerful for every deck, but you might not want more than two or three of them.

Powerful in a specific kind of deck, but less impressive without support.

Playable in most decks, but not that helpful. Use these if the balance of your deck is off and you’re struggling to find enough offense/defense, but avoid otherwise.

Actively makes your deck worse by playing these. Each of these cards is a Wound in disguise.