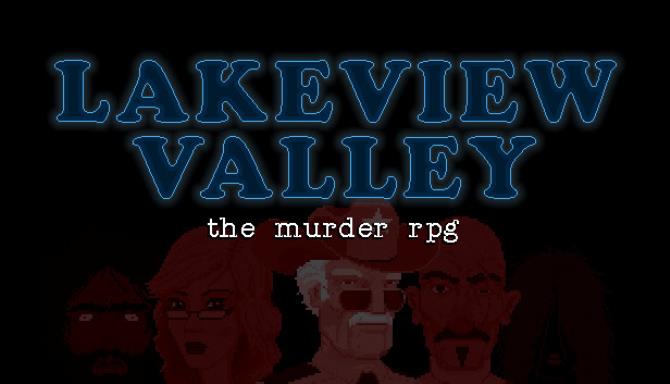 This guide is a list of items and their locations in Lakeview Valley.

Chainsaw – Found in the carpenters house. Can be used as a weapon, though it isn’t all that great. It can also be used to cut out the red shrubs that block some paths. Villagers become suspicious if they see you with the chainsaw.

Hammer – Found on the first screen next to the bus. Can be used as a weapon. Ivan needs this to build the stage.

Wrench – Behind Dixon’s house. This is the house on the West side of the map. The one with the motor cycle in the front yard. Can be used as a weapon. Ivan needs this to build the stage.

Screwdriver – The screw driver is in the junkyard. When you enter on the left hand side there are three large piles of garbage. The screwdriver is in the smaller, middle pile of garbage. You can’t see it though. Go to the top of the pile of garbage and walk down the middle. The garbage will obscure your character. You will see the “E” pickup icon appear on the screen when you are close enough. Press “E” to pick it up. Ivan needs this to build the stage.

Sickle – Dropped by the naked guy in the top right corner past the junkyard. You need to use the chainsaw to remove a shrub thing to get to the path.

Poison sprayer – In the yellow house next door to the carpenter. It fires 5 shots. It gives targets the poison effect.

Knife – Found on the top of the rock shelf in the woods. Enter the woods from the north. There are many snakes. The knife is probably the best or possibly second best weapon.

Sword – The sword is found in the cabin in the middle of the lake. The sword is the best or possibly second best weapon. It is the same weapon the sheriff uses.

Shotgun – Dropped by the guy guarding his property (Frank). It holds 8 rounds.

Mushroom – Found in the junkyard. Gives a magic mushroom effect if you eat it. The screen goes all wavy. The Hermit may visit you on the first night and give you a brown thing that turns into a mushroom the next day.

Metal Detector – found on a beach. The West side of the square lake. It can be used to find the mask.

Bike Horn – Found in the area with the naked guy. If you play it near someone they will become suspicious and follow you. You can lead them around. When they catch you though you will lose popularity.

Stick – Near the tree next to the gate to your house. Wait for the kid to show up under the apple tree and then hit the tree a few times with the stick. The apple will fall down and the kid will give you a popularity point.

Apple – You can take the apple and eat it later.

Medical kit – There is one in the doctors office, one in the cabin in the middle of the lake and one in Franks house (shotgun guy). There may be others. Heals your wounds, removes bleeding and poison.

These are items that have to be purchased from a shop.

The Diner is at the North side of the lake. They sell food. Sometimes your character will be hungry. This is one place to get food.

Lakemart is in town next to the doctors office.

Bleach – $10. The Blorox Bleach is used to remove blood stains. Walk up to some blood on the ground, equip the bleach bottle and “attack”. All blood stains within a small radius will be cleaned up. You get 10 uses per bottle.

Energy Drink – $4. Makes you run much faster for the day.

Dog Bone – $20. Makes Donna and Matt’s dog follow you if you throw the bone at it.

Kill a couple of towns people and a purple hat will appear in the wooded area to the North of your house. You will need to chainsaw the red plants blocking it. Once you use the hat it will turn into a circus tent and you can buy things from Morgo.

Throwing Knife – $10. It’s a knife you can throw. Use the attack key and it will fly in a straight line. Can be picked up after. Moro has 3 of them.

Poison Syringe – $500. Insta-kills the target. Does not work on the Sheriff.

Bolas – $100. Throw the bolas at someone and it will keep them from running away. It is a crime and they will scream and shout.

Feather of Love – $500. Thrown. Makes whoever it hits follow you around for a short time.

Sheriffs Badge – $300. Decreases popularity if you use it on someone. Does nothing if used on the sheriff.

On Sunday Amy has a booth near the stage. She sells dream catchers

These are items that are stored on the Items screen when you hit escape.

Circus Morgo ticket – You start the game with this.

Copper Key – Get this from the sheriff when you first enter the town. It opens the gate to your house

Work Permit – You get this from the guy building the stage. If you get it signed by the sheriff he will have jobs for you to do.

Mascara – Found in the blind behind Franks house. The blind is open at night. This is a quest item for the guy in the dumpster.

Wine Bottle – Behind the alter in the church. Bring this to Donna and Matthews house on Friday.

Necklace – Buried in the grave yard in the grave with the wreath on it. Top row, second from the left. Use the shovel to get it out.

Stage Poles – You can buy them from Alex at the junkyard or you can get them from Frank. Easiest way to get them is to go around Frank by going through Donna and Matt’s gate and then around to the path on the right. Watch out for the bear trap at the bottom. Then go into Franks cabin and out in to the back yard. They are there.