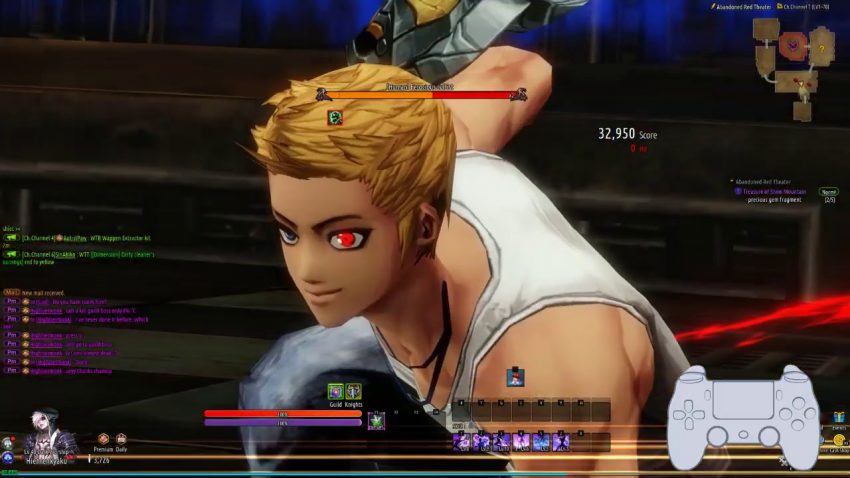 This guide will provide an introduction to everything you need to know about stats in Kritika:REBOOT

If you have ever wondered how to get the most out of your gear, this guide will give an introduction on what each stat is, the effectiveness of each stat, and how it effects your Combat Power (CP) or Survivability. Your stats can be found under Character Details when you open your inventory.
(Click on the << icon to open the menu) 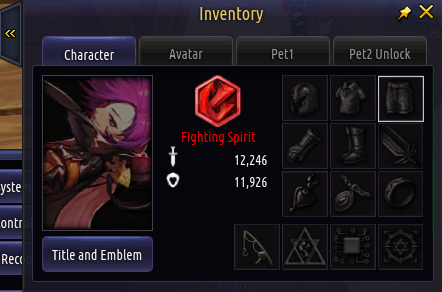 For the purpose of this guide, certain stats will be simplified to be easy to understand for new players. If you are looking for true min/max, this is not the guide for you.

About me: Hi I’m Ice. I’ve played Kritika since it released in NA when it was published under EME.
:^) 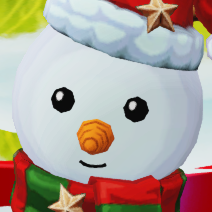 CP is the combination of several offensive stats to give a loose estimate of your damage output. This value is very important to unlock content. However, many other offensive stats and individual skill damage modifiers are not accounted for meaning 2 characters with the same CP will not have an equivalent damage output.

There are 3 damage types – MP (blue), Technic (yellow), and Fighting Spirit (red). Your prime attribute will depend on your class. If you don’t know which one is used for your class, it is displayed in your inventory to the right of the class portrait.

Look for this icon in your menu to open the Master Skill Effects. 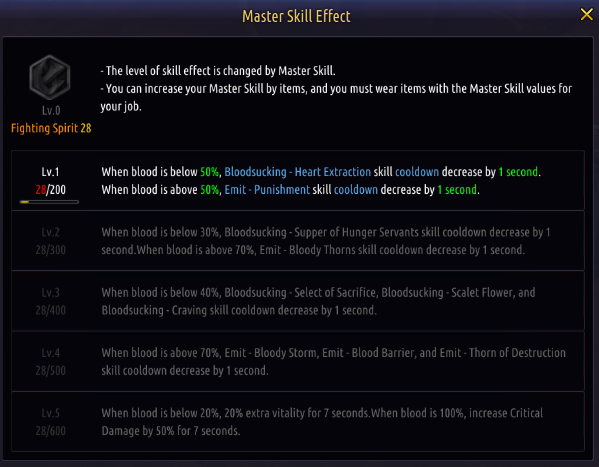 Attack – The base number that affects the effectiveness of the other CP stats.

Damage – A flat amount added to every attack. Ignore this because it is minimal and useless in the grand scheme of things.

Critical/Critical Rate – Critical rate is just the % value of critical. 3000 critical is the same as 100% critical rate. Critical rate past 100% is useless, but will still factor into CP calculations.

Critical Damage – Another multiplier to attack, but it only applies on crits. Otherwise, this is effectively the same as Damage rate. Critical damage is believed to be capped at 600%.

Attack Speed – Increases the speed of your attack animations. Most skills will be affected, but some have a static cast time. Attack speed caps at 200%.

Survivability
Survivability is your overall defense. The higher your survivability, the less damage you take from enemies. While this stat is not needed as a requirement for content, it is still important to keep your defensive stats up to clear content easier.
This value mainly takes into consideration your HP, Defense, and Reduce hit rate.

Defense – Basic defense modifier, reduces the amount of damage you take from a hit. This is not a flat amount meaning 10000 defense will not reduce a hit by 10000.

Reduce damage – Reduces damage by a flat amount. Another useless stat because it does reduce a significant amount.

TP is a stat required to enter certain dungeons. Failure to meet the TP requirement will reduce your CP, making you much weaker in the dungeon. This stat has no other purpose and does not amplify your damage in any way. Luckily, TP is very easy to acquire and is attached to almost every piece of end game gear.

MP – Mana used for skills. This is different from the MP prime attribute, try not to mix them up. Some classes don’t use MP as a resource for skills and can be ignored.

Hit – This affects your damage range. Increasing hit will increase the lowest damage value you will do. Hit is capped at 1500, or 95% of your maximum damage. This means your damage will do between 95% to 100% of max.

Evade – Chance to take a graze from a hit (you take about ~10% of the damage). For the most part this is useless since it’s difficult to obtain a high amount

[Advanced]/[Boss] Reduce hit rate – Same as the normal one, reduces damage taken by a percentage

[Advanced]/[Boss] Critical damage – Same as the normal one, multiplies damage on crits. 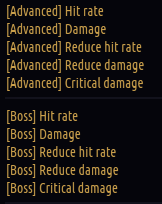 Elemental damage is another multiplier for attack and is effectively the same as damage rate, but does not affect CP. Some classes have skills that already have an element applied, while others have no element. You can check by opening your skills menu and looking at the details on the left panel.