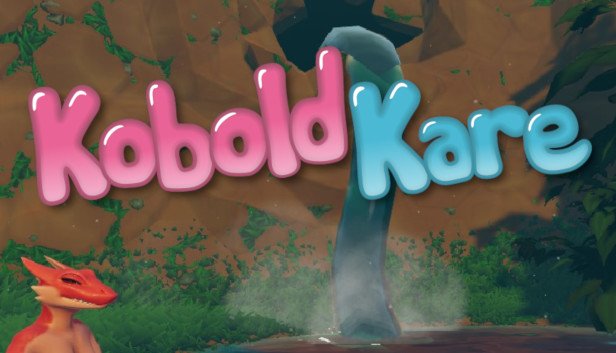 For KoboldKare players, this is  concise guide about anything you need to know about Koboldkare, to ensure you have the most fun possible. This guide is based on the latest build from 17. 11. 2020.

Koboldkare is a NSFW Sandbox simulator developed by Naelstrof. In this lighthearted game your main goal is to grow various types of kobolds and interact with them in various ways. Be it having sexy times with them or growing their bodyparts with various reagents.

How to grow and sell Kobolds 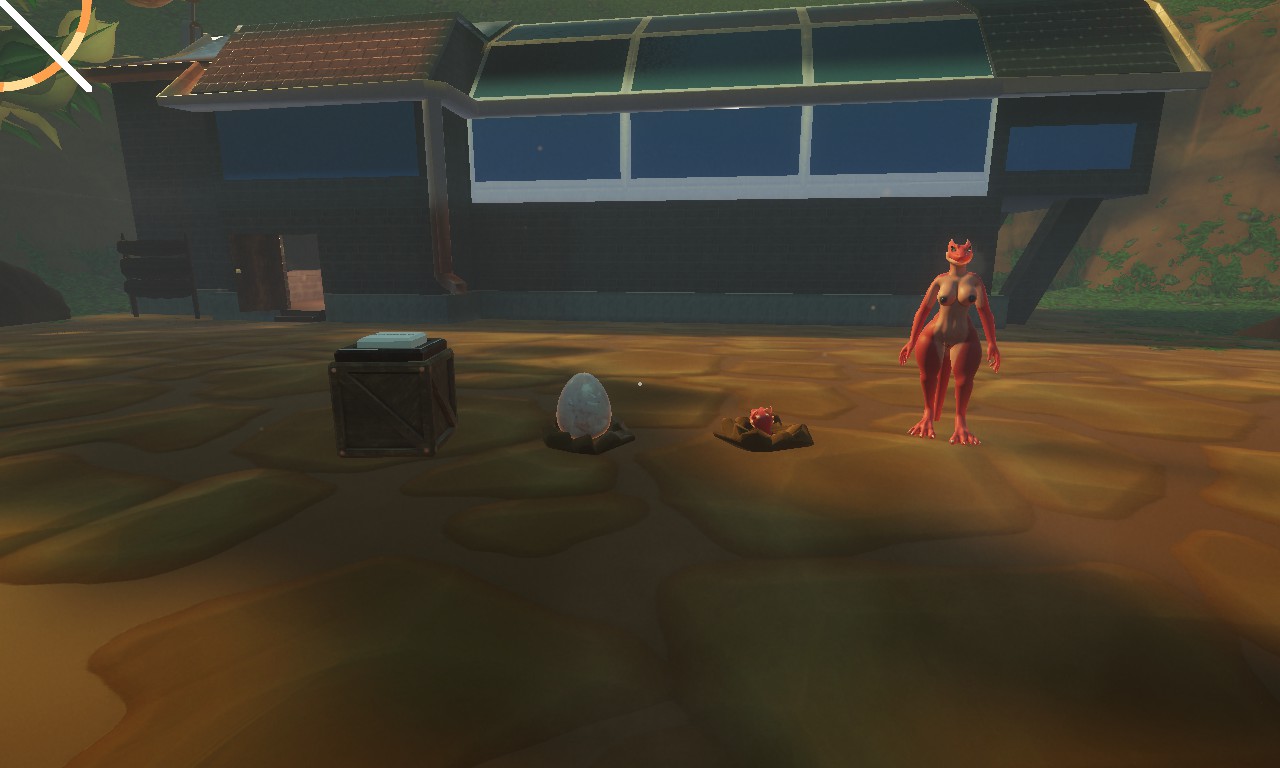 1. Go outside where you’ll find a crate, an egg and a sprayer filled with water.
2. Open the crate ( Press E while looking at it) and spray both eggs with the sprayer until hearts pop up. Grab and hold the Sprayer with M1 and then spray it with M2. The sprayer can be refilled by dunking it in the waterpool to the left of the house.
3. Wait for one daycycle for the eggs to hatch. The fastest way is to go to sleep in the bed to skip ahead in time.
4. Hatched Eggs leave behind a Kobold in the ground, spray it again with water and then wait another Daycycle.
5. There! Now you should have 2 Kobolds of a random color, size and gender.

Simply throw any Kobold into the pit to the right of the courtyard. The amount of money you get is based on the size of the kobold, the bigger the better!. Said money can be used to buy more crates and sprayers at the shop in the city. 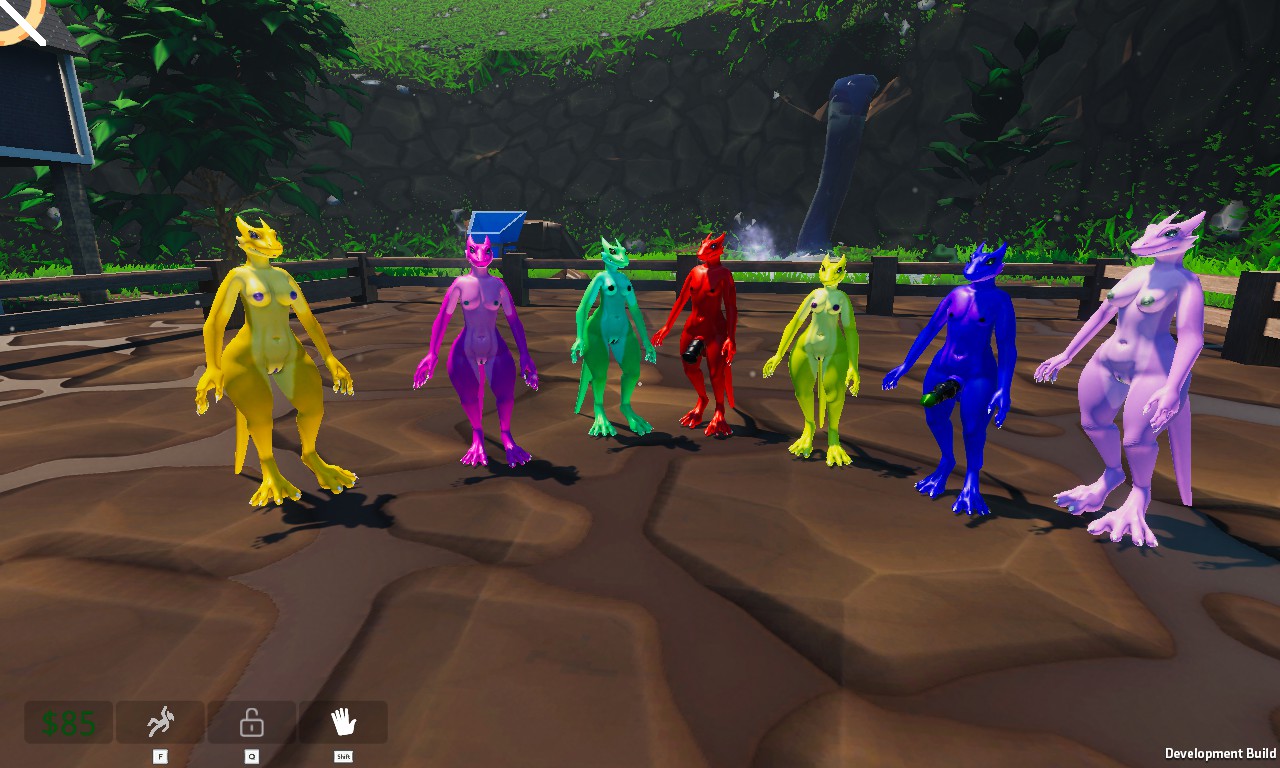 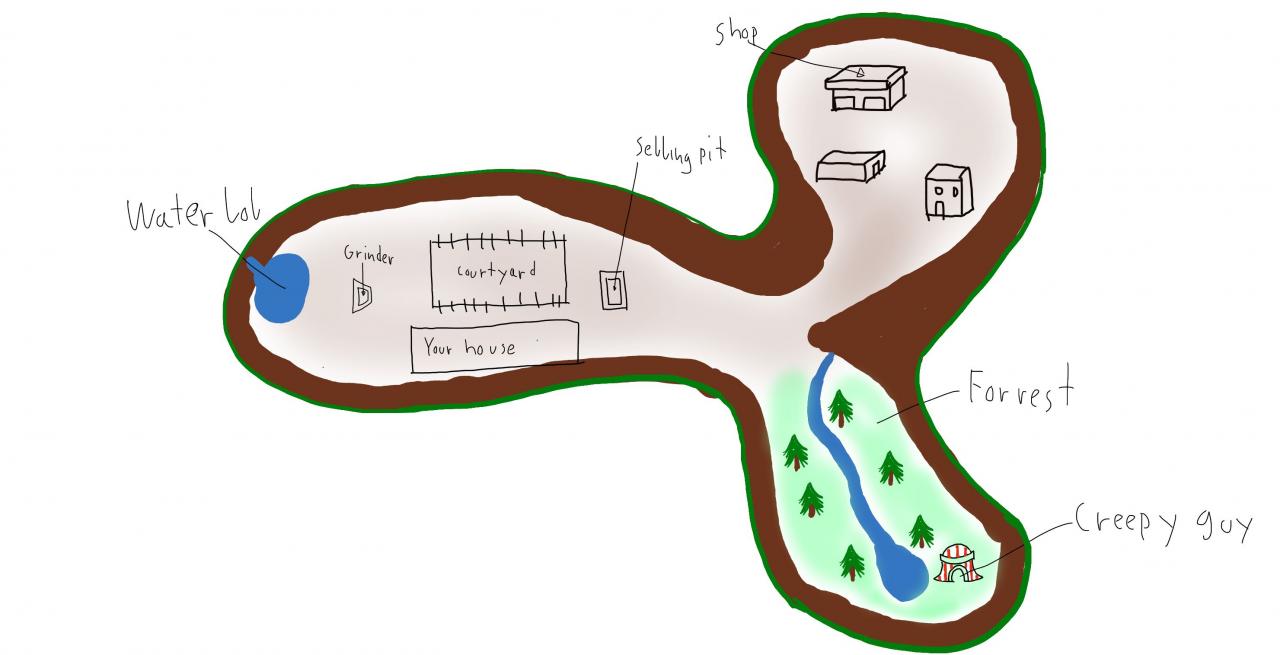 Your house: This is where you spawn and sleep. Theres also many usefull objects which i’ll name later.Courtyard: Here you grow your Koboldarmy
READ:  KoboldKare: All-inclusive Guide (Tips & Tricks)

Sellingpit: Throw pretty much anything inside, be it Kobold, objects or yourself to make money.

Shop: Spend your Cash to buy more crates and sprayers.

Forest: Here you can collect various fruits to turn into reagents.

Creepy Guy: He sells upgrades to your grabing capacity so you can carry more stuff at once. With each purchase of the upgrade you can hold one additional Kobold/object.

Interactions with Kobolds and controls

Being a NSFW game, you can have the Kobolds get intimate with each other. Because the Kobolds don’t do anything by themselves, you have to move them yourself to make the action happen. You can use male Kobolds to rump others ( doesn’t matter what gender they are.) Do it long enough to make him climax. The player follows the same rules as the other Kobolds, so you can join in on the fun too!

After a female Kobold has been impregnated, they will spawn eggs after at least one daycycle has passed. The amount of eggs they spawn depends on how much ejaculate is inside them. The eggs can be shoved inside kobolds to make their bellies bulge, besides that eggs serve no purpose, yet.

As for controls, there are 2 control schemes. The regular one for simply picking up (M1) and throwing stuff (M2) The second scheme is for more fine-tuned movements (activate by holding shift). In this mode your camera is locked and your cursor moves freely, in addition you can pushand pull objects (mousewheel up/down) rotate them ( hold r) and freeze/lock them in place (M2). Press Q to unfreeze every frozen kobold7 object.

The Limbs of Kobolds can be frozen individually to pose them for various purposes.

The second mode ignores Carry capacity upgrades, which makes it great for grabing single objects without accidentaly grabing everything.

Bed: This is where you spawn and you can use it to skip one daycycle.

Shower: Use it to clean yourself or other Kobolds from any colors.

Refrigerator: It spawns one chunk of ice everyday.

Bathtub: It acts as one big container for Reagents so you can freel mix them togheter.

Grinder: Here you can grind various objects into reagents. Must be unlocked first by paying 50 bucks.

Objects to use for Kobolds:

Sprayers: Besides spraying water they can be filled with any liquid. If you take off the nozzle, the flask can be attached to the grinder to catch anything you grind or you can attach it to a Kobolds boob to milk it ( or yourself).

Reagent checker: Point it at Kobolds and activate it (M2) to check what kind of liquids or reagents are inside the kobold. Usefull to check how many eggs or milk is available for “harvest”. ( It’s a square white box found on the second floor of your house next to a big drawer.)

Reagents are used to grow certain aspects and bodyparts of Kobolds. Like water, the reagents can be sprayed on Kobolds. You can watch kobolds as they steadily digest the reagents and grow!

dim blue reagent->Grind Ice and Milk and mix them-> Kobolds get fat.

To mix reagents you can connect two flask togheter causing them to mix their contents. The easier way is to simply dump your reagents into the bathtub and let it mix in there. 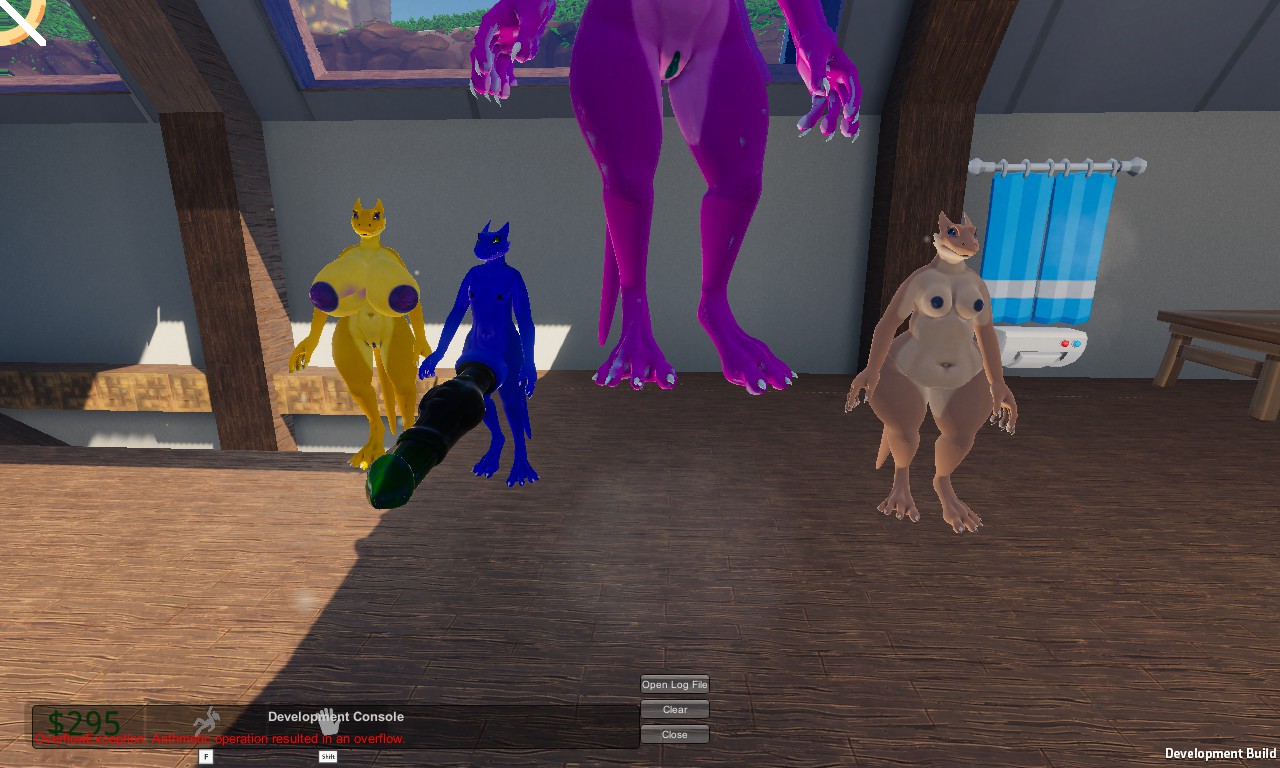 As you know by now, many things need one daycycle to progress. A day lasts about 15 minutes. If you look at the clock to the top left you’ll notice a red line that repressents midnight.

It’s crucial that you and other kobolds are inside the house when midnight strikes.

If you fail to do so, shadowy hands will claim your soul/banish you to the shadow realm. Possibly costing you kobolds you spent alot of time on. Once midnight has passed, it’s safe again to go outside.

People that are familiar with source-based games like Team Fortress 2 or CS:GO will find themselves at home here. By holding the jump button, your character will build up alot of momentum while repeadetly bouncing of the ground, allowing you to reach places much quicker than regular walking. You also have full control of your direction in the air, so you can freely strafe as you fly past the mountains. It’s also possible to “slide” across sloped surfaces like the all the mountainwalls surrounding you, imagine it like snowboarding/skateboarding but extreme

Holding Objects/Kobolds doesn’t affect your movement at all, so feel free to buy like 20 crates and then zoom back to your house.

That’s all we are sharing today in RUNE II Multiplayer Hosting Instructions Guide, if there are anything you want to add please feel free to leave a comment below and we’ll see you soon.
Credit to Joetaero coochi