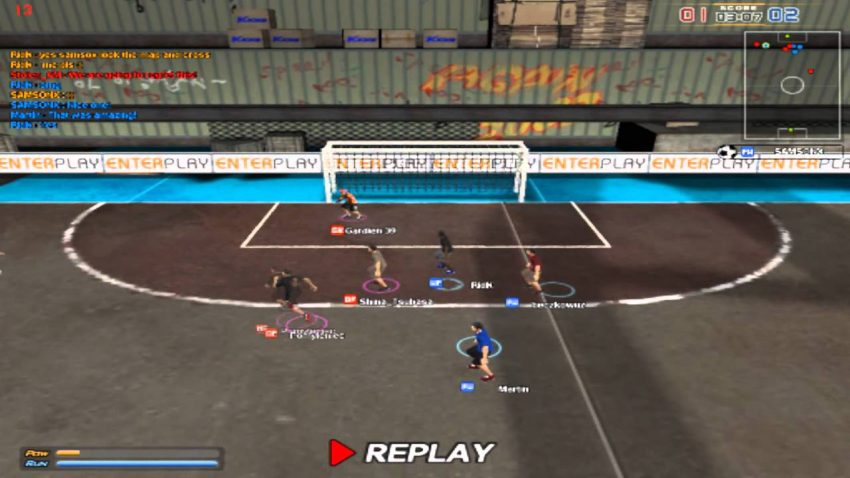 ( IMPORTANT: Usually all of us, veterans players of kicks, just lvl up 1 stat till u reach 100 base points on it and move to other stat (but not all of us some people do another things with their stats), this because once you put a 100 points on 1 stat u will get 2 points on that certain stat instead of 1 point, this is because when u select your advanced position u have some auto stats that increase 1 point for each lvl up, and having a 100 points on 1 stat gives u another 1 auto point on that certain stat, so once u have 100 points on an auto stat for each lvl up u will get 2 points instead of just 1 this is hard to understand but u will get it later! )

SPRINT
Is the speed that your character has with and without the ball.The change is not notorious in low lvls, is recommended to leave it on automatic not putting points on it.

AGILITY
Is the speed that your character has with and without the ball pressing SHIFT. There’s a notorious change when you add points on the attribute. This is one of the most important and overpowered stats, its so good for Defenders that plays offensive/defensive also for WF (FW) wich this forward its suppose to be faster position in game

BALL CONTROL
As the name says ball control, more points more hard for other characters to steal/tackle you, this stat is really good for CF and AMF, and some defenders as SB use this stat.

DRIBBLING
Is the capacity of your character to make dribbles successfully without getting downed by a unsuccessfully dribble. More points, more hard it would be to for defenders and other players to take the ball from you when you’re dribbling. Some players says that more points on dribbling u will be faster with the ball on your control (but not sure).

STEALING
More points > more successfully your character will be when it comes to steal the ball from other players.

HEADING
This stat is perfect for ST (Fw) and some defenders use it like CB and others. This stat increases the chances of scoring a goal by heading when someone cross you a ball. More points more chances to score

CROSSING
Increases the speed and highness of the cross that your character makes. More points, more far and high the ball will go, this stat make it harder for the defenders to take the ball from you when they’re close enough to you.

SHORT PASS
Increases the speed and precision of your short passes that your character makes. More points, more faster and less accurate your passes would be with the key S.

LONG PASS
Its exactly the same as SHORT PASS, but here you use the key A. More points more precise and more distance your pass would go. (CROSSING is not the same as LONG PASS, u can long pass wherever on the map unless the CROSSING AREAS, u would see the crossing areas on the tutorial)

MARKING
Increases the ratio of successfully winning a favorable position when you are around other players in a close ratio, this is good for defenders for winning position against Strikers (ST).