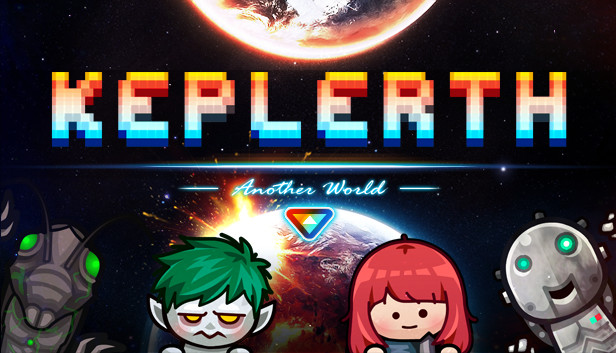 For Keplerth players, this guide is about efficient farming, and what can be farmed and efficient way to farm a lot at once.

To farm more efficiently you need the right tools.

The cultivator is used to transform the ground into soft soil which buffs growth speed for plants.

The sickle is used to harvest grass, mushrooms and other vegetables without destroying the roots, skipping the part of having to replant the seeds.

The axe is used to fell trees or bushes.

The harvestor harvests a field around it, reducing the amount of right clicking on each plant individually.

The Agricultural Manual adds harvest speed which can be useful but isn’t necessary for most plants.

The Meco Laser Weeder functions like the sickle but is as fast as the drill. The problem with this is that it can only be crafted after defeating the third last boss making this quite late game. 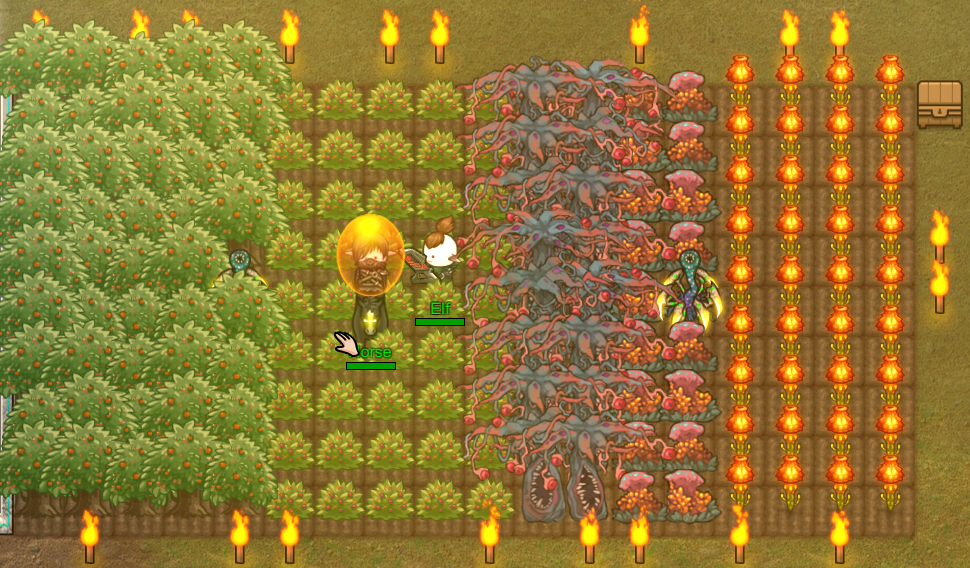 The first few farms you own would be appletrees and berrybushes. They are found on the surface and by destroying them you get one appletree seed or berrybush seed.

They are harvested by right clicking on them, with the speed being affected by your harvest speed.

Other items that can be harvested are the nightmare versions of the appletrees and berrybushes found on floor 10-14. These have harming effects like -10 food and -5 health unlike their normal versions. They can be farmed normally by right clicking on them.

The last item that can be harvested are the amber plants that drop ambers which is the main ingredient for grounder based weapons and armor. They are only found in grounder camps next to the grounder captain bosses on floor 10-14, making it dangerous to acquire.

An easy way to farm them all is to plant these around a harvestor so you only need to click on the harvestor once instead of farming all apples individually. 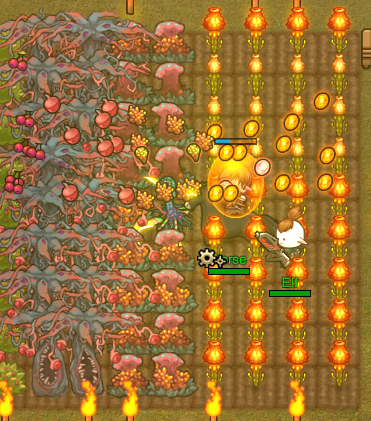 The harvestor can be crafted from the chemistry lab after defeating the mutant parasytor on the surface. This one uses up metal bars from copper to gold and each stage adds +1 reach on how large a field they can harvest at once. 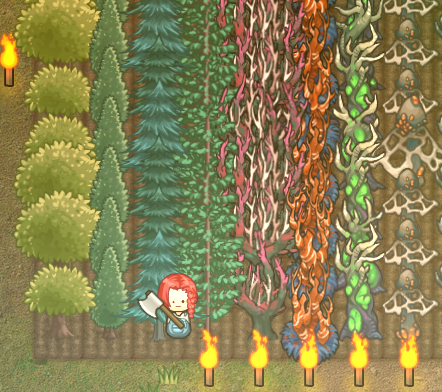 Felled trees drop wood and one seed which can be used to replant them. It is more efficient to plant a lot of trees right next to each other because this means one axe swing hits a lot of trees at once.

Besides using them for their resources, trees act really nice as decoration like pine trees to decorate pathways and oaks to decorate indoor yards. 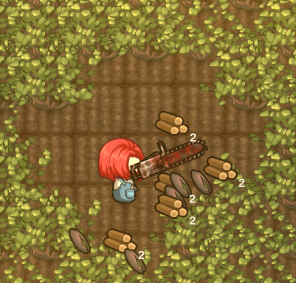 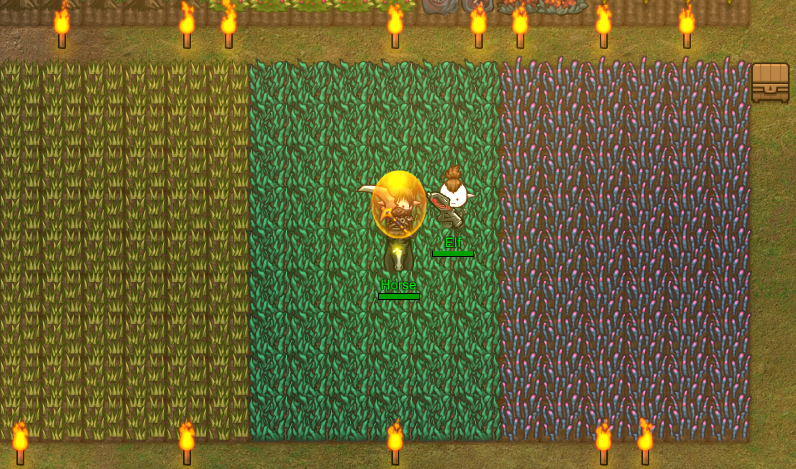 This one is quite easy to setup. There is a random chance that grass will drop a seed, using those you can plant them on cultivated land to have them grow faster.

Lastly you can use a scythe to harvest a lot of grass at once without destroying the roots, this way you don’t have to replant more grass seeds and instead only have to wait until it regrows. 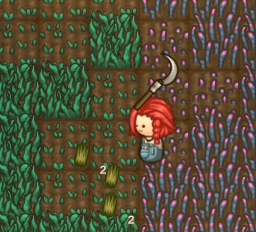 You can also plant grass seeds where you keep your farm animals to have them feed on it but i don’t do that.

Parasytor plants found on the surface around parasytor villages don’t drop grass but instead drop Parasytor Primodium. I have them next to the grass because visually it looks like grass once fully grown and can be harvested using a scythe like grass. 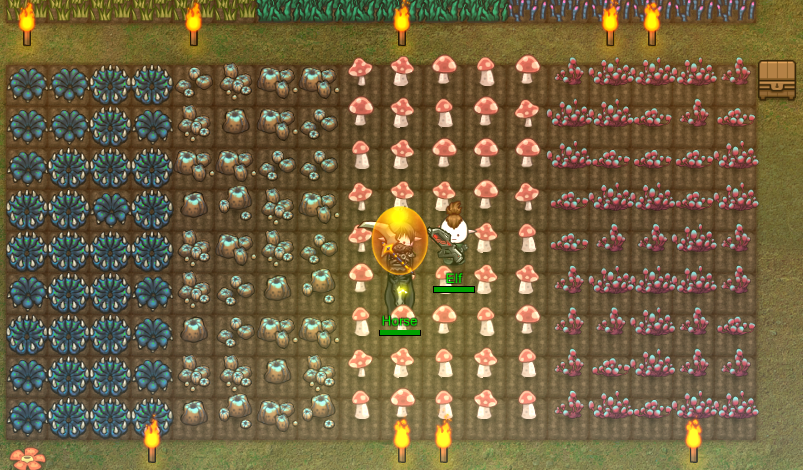 Mushrooms are found on various floors and like grass can be harvested by using a scythe which allows it to regrow without having to replant the seeds. 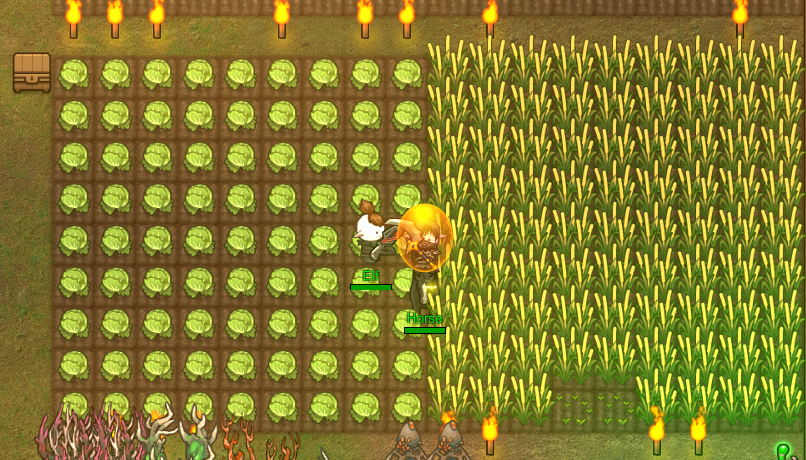 Both of these vegetables can be bought from farm shops found from the surface and human villages.

Like grass they can be harvested by a scythe without destroying the roots, allowing them to regrow on their own.

They’re best planted in bigger farms as the lettuce can be used in various benefitial meals on the stove and the giant wheat itself functions as a seed, meaning each giant wheat harvest can be replanted allowing you to quickly create a massive giant wheat farm out of one seed which is a good way to make money in the early stages. 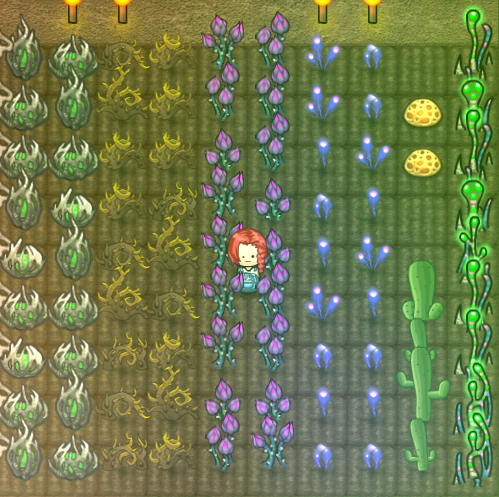 The others are plants i rarely farm or can’t be farmed.

That’s all we are sharing today in Keplerth Efficient Farming Guide, if you have anything to add, please feel free to leave a comment below, you can also read the original article here, all the credits goes to the original author Red riding hood the third