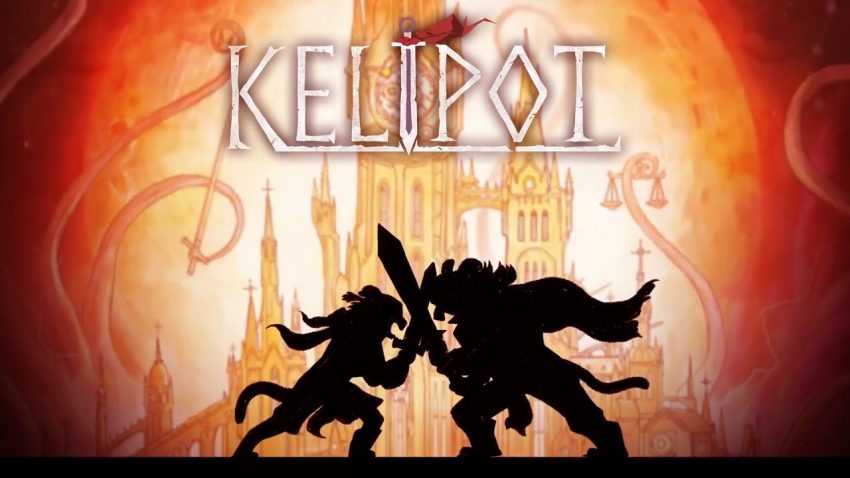 For Kelipot players, this is a guide to get all the achievements on Kelipot, with some tip and tricks on how to get it. Let’s check it out.

Silent Clay, Flowing Mud
Complete Mud World – Nepenthe Castle
(Defeat Elias Calamity)
Strategy:
1# phase: Dash towards him when he hits the ground
2# phase: Stay on the bottom right until he finished the first attack, that jump over the spikes and hit Elias stuck on the wall.
3# phase: Dash right offscreen and hit Elias, and repeat.
4# phase: Mash attack to free yourself, than jump until you can hit the giant mud ball

Overgrown Cage of the Dead
Complete Mud World – Forest of Ruins
(Defeat Carter)
Strategy:
1# phase: Jump or dash through his attacks and hit him after
2# phase: he will have 3 attacks
1º attack: A swing in the air, throwing 4 bullet rows, jump or dash thought the balls, and dodge the arrows
2º attack: a zigzag dash floor to ceiling, dash the first 3, and find a safe spot on the last. you can hit him on this attack if you’re confident
3º attack: a > shaped dash, leaving bullets behind, he will jump to the middle of the screen pulling some bullets and leaving safe spots then dive down with the bullets. stay on the safe spot then hit him when he’s on the ground
TIP: use you (Ultimate Ability) to squeeze some attacks on the 3º attack

Misunderstanding Resolved
Complete Revenant World – Nepenthe Castle
(Defeat Elias Misjudged)
Strategy:
1# phase: Jump or dash his attacks and stay behind him to avoid contact damage
2# phase: he will jump in to the air and build a circle of bullets around him, stay close until the first / shaped line appear, then hug the left wall. when he throw the circle at you, dash through and hit Elias
3# phase: he will stay on the ground and create 2 ( ) shaped bullet rows, just dash through and hit him
TIP: use you (Ultimate Ability) to stay safe in the 3# phase

Unexpected Fatherhood
Complete Revenant World – Forest of Ruins
(Reach the end of the level, no boss this time)

Entombed Couffin of Azotos
Complete Revenant World – Subterranean Rosalía
(Defeat Ophelia)
Strategy:
It’s recommended to use Elias and Carter help the first time, Elias will guide you for the 1# and 2# phases, and Carter will end the fight in the middle of the 3# phase.

-you can ask Elias for help before enter the elevator.
-you can ask Carter for help reaching the end on the Forest of Ruins.

the fist 3 phases Elias will guide you through the dodge phases.

1# attack phase
Clear you way to ophelia in the attack phases.
use your (Ultimate Ability) to clear the bullets when ophelia pull then towards her.

2# attack phase
Use your (Ultimate Ability) to clear the bullets toward ophelia, pay attention to the big ones, and make sure there is none near you.

3# attack phase
Rush toward ophelia and attack 3-4 times, when she telleport, jump in the top plataform, than drop and dash to her platafort and avoid the top bullet wave, if you ask for Carter help this phase ends here.

1# scape phase
Dodge the bullets that he will throw at you, then dodge the saw jumping and dashing right.
follow the patch using dash and dive attacks until you reach a glass wall, then bust in.

2# scape phase
TIP: this phase can be skiped using a dive attack soon after crushing the wall.(may be patched).
on this phase you will have to dodge the pink and black bullets without dash, move right to left and left to right and mash the attack buttom to break the blue bullet wall.
in the end step on the button/axe to drop the elevator and crush ophelia.

An Adventurer’s Best Friend
Obtain the Potion Vial
(self explanatory.)

Kelipot Bough
Unlock the ability to activate runes
(self explanatory.)

An Important Lesson
Obtain the Arcane Protector
(self explanatory.)

Not Gonna Write It, Never!
Obtain the Notebook
(self explanatory.)

Pizza’s Here
Defeat Michelangelo
Strategy:1# Phase: find a safe spot and stay there until 2 blocks stack allowing to reach the boss, atack him ultil he drops and start spining side to side.
2# Phase: (only Revenant World) when the boss stop spinning, stay close and kill him before the bullets lands

1# Phase: Stay on the right wall, and run to the left when that one tries to bite. repeat 3 times.

2# Phase: Just mash the attack button and dash through the bullets

3# Phase: use you (Ultimate Ability) to clear the bullets on the water when it rises and dodge the bites just like the 1# Phase

4# Phase: grab the left vine to help you hit the eyes

5# Phase:(only Revenant World) just like the 2# Phase. mash the attack button and dash through the bullets

A Miser’s Comedy
Defeat the three forms of Chichikov

Strategy:
He has 3 forms, you can only find one per run.

every form have the same principle, dodge when pink, attack when blue.

you will need to do Elias job this time at phase 1# and 2#, just do what you learn with him

3# phase: still the same, when you reach the attack phase you will have to chase Ophilia upward after the third telleport, use your (Ultimate Ability) to avoid the side bullet waves.

4# phase: Start this phase on the left corner, spam attack all the time, the blue bullets shouldn’t be a problem, you need to focus on dodging the pink ones. going toward the middle as the fight go on, use your (Ultimate Ability) if you think you cant dodge a row, and jump toward Ophelia soon after to clear the most with it.

The Guild Grows
Obtain the… (???)
(wierd discreption, you need to colect 85 fragments)

No. 1 Sidekick
Trigger all of Will’s conversations
(not sure how many conversations will have, i trigger my last after defeating Ophilia for the forth time ,make sure to talk with him at least once in every world.)

Just Like Old Times
Drive Elias crazy before the battle with Ophelia
(switch between “Alright,Let’s do This” and “I Can Handle It By Myself!” until the achievement pop)

1# Find ED on Subterranean Rosalía, he has his own room 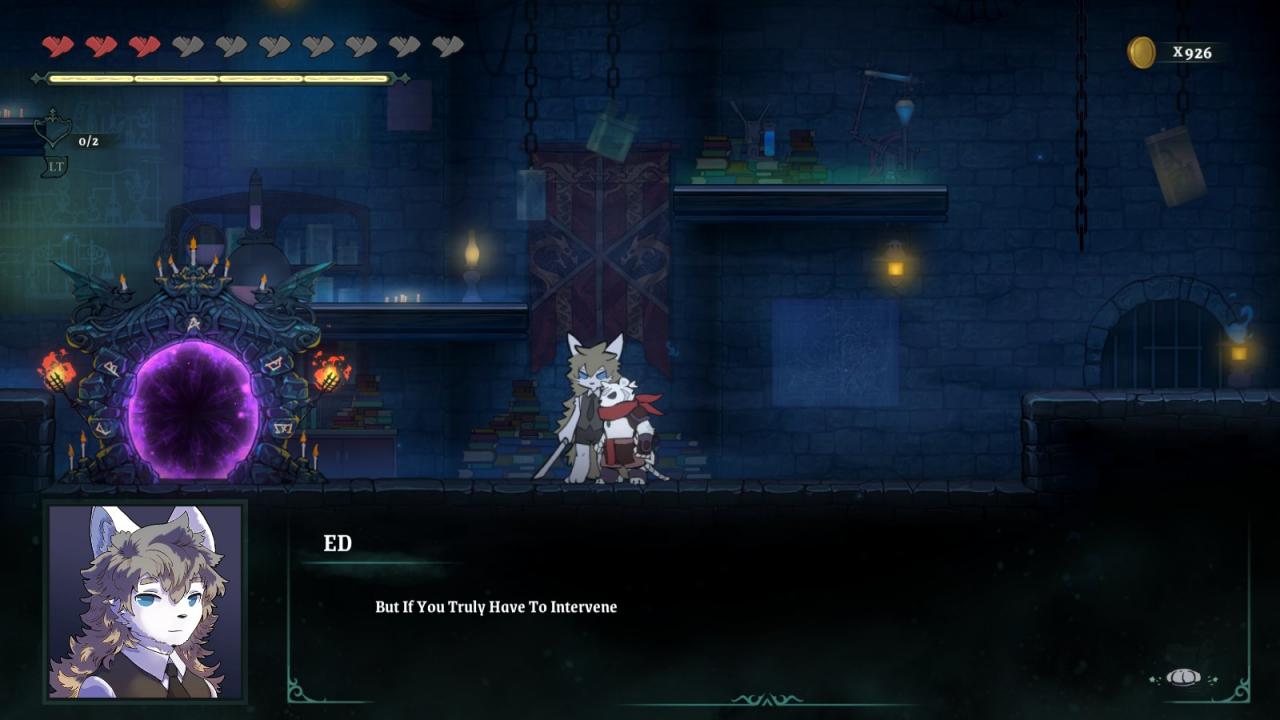 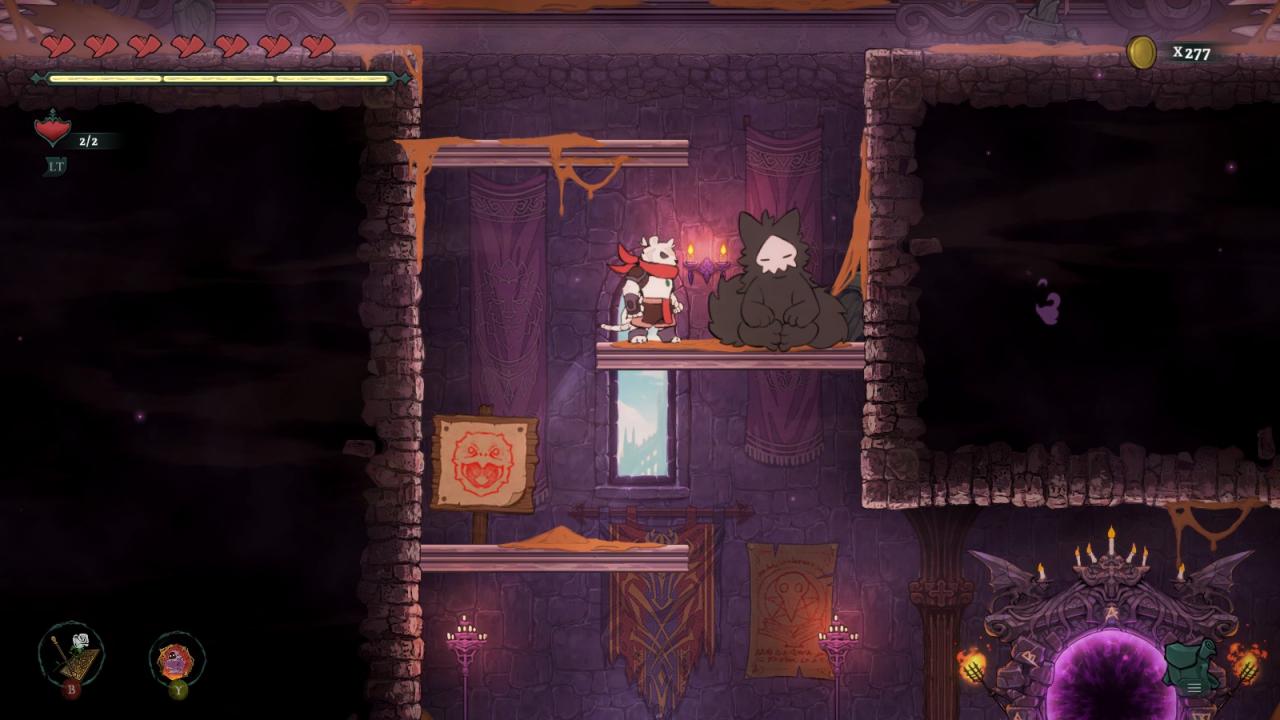 3# Find Puro on Revenant World – Forest of Ruins, in the middle of COOKIZI room 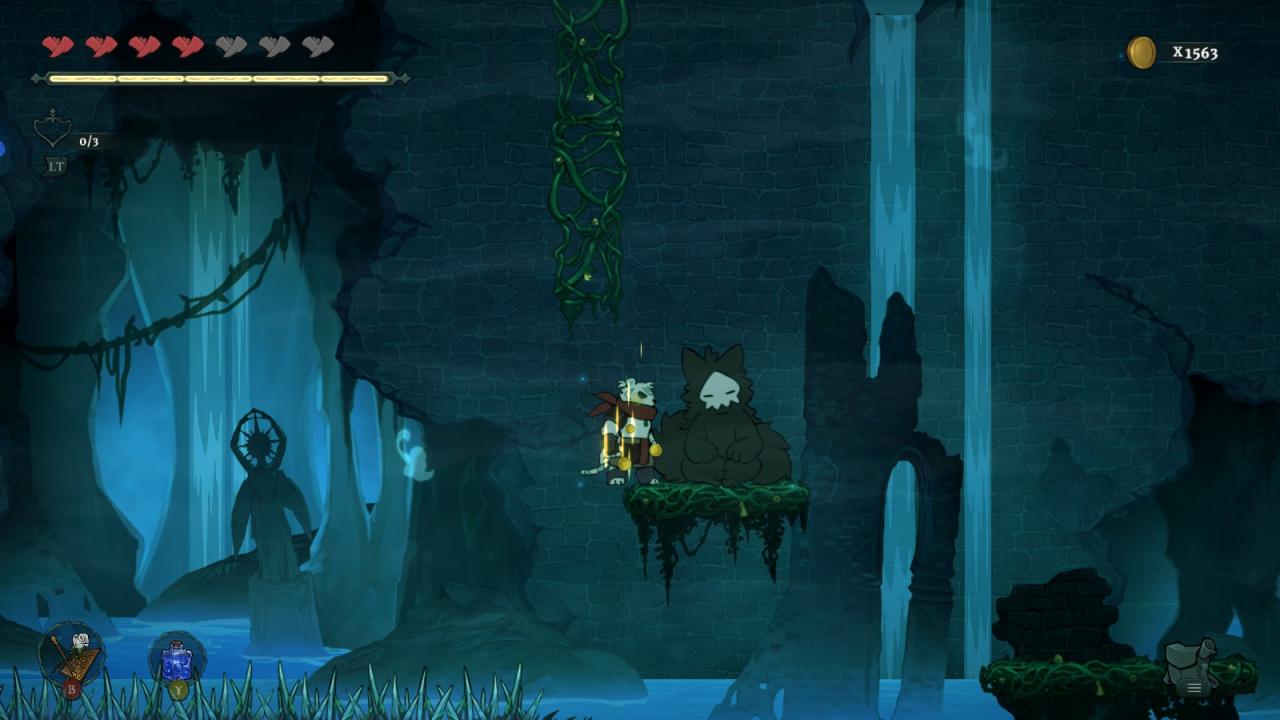 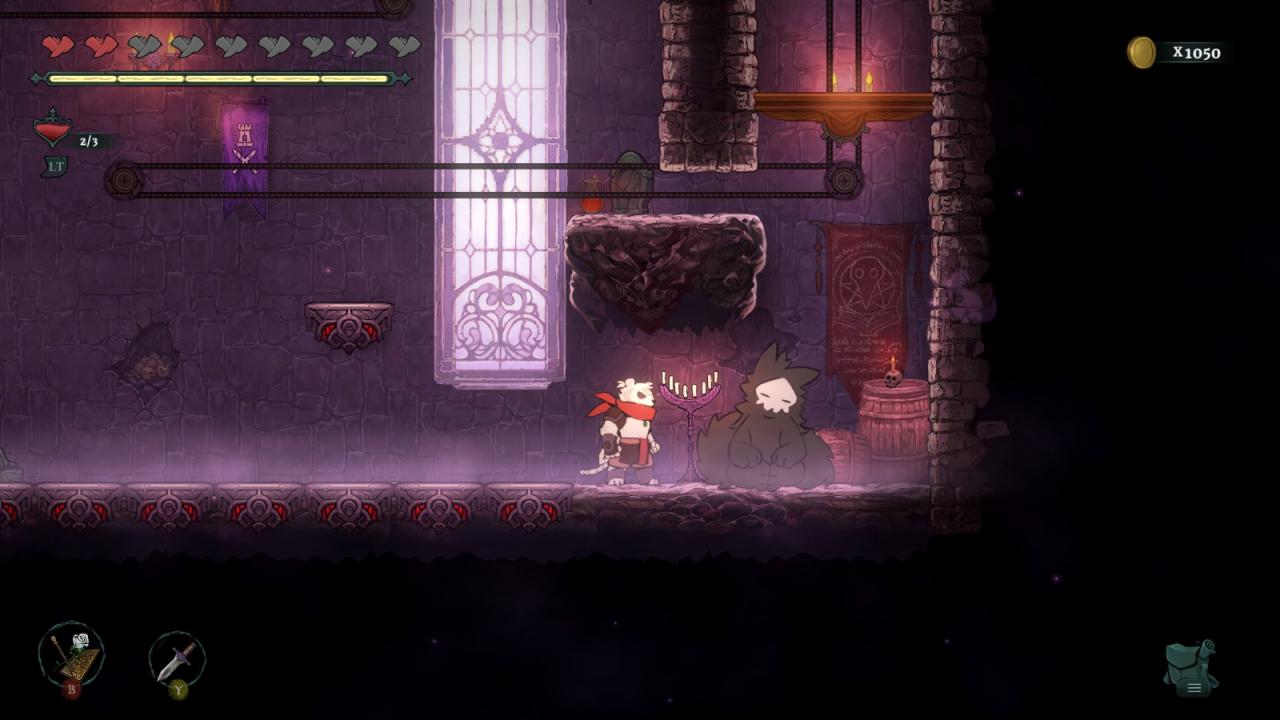 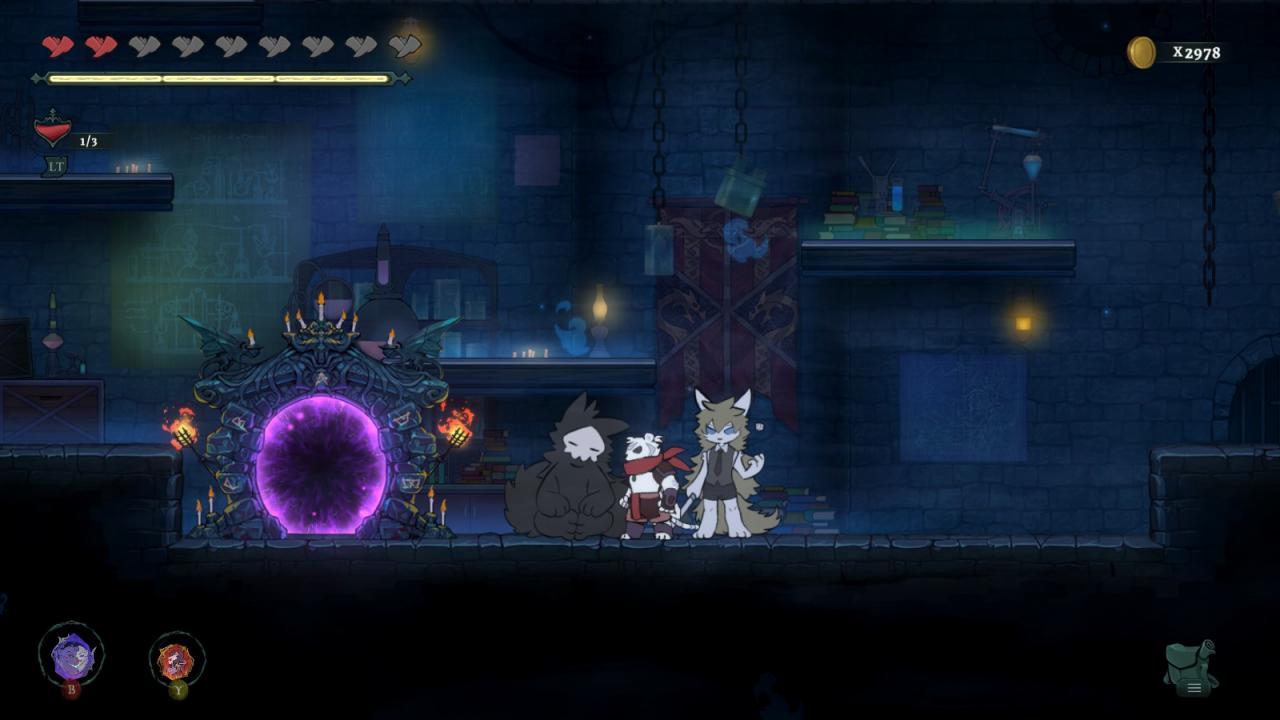 1UP
Jump on Michelangelo to receive a prize
(Equip Impact rune and kill Revenant World Michelangelo by only jumping on him.)

Hard to Please
Spend 3200 Gold on rerolling items at one of Will’s shops
(you will need 170 fragments to get the Replenish rune
that lets you reroll itens by talking to will)
TIP: equip Salvager rune to sell itens for more

That’s all we are sharing today in Kelipot 100% Achievement Guide, if there are anything you want to add please feel free to leave a comment below and we’ll see you soon.