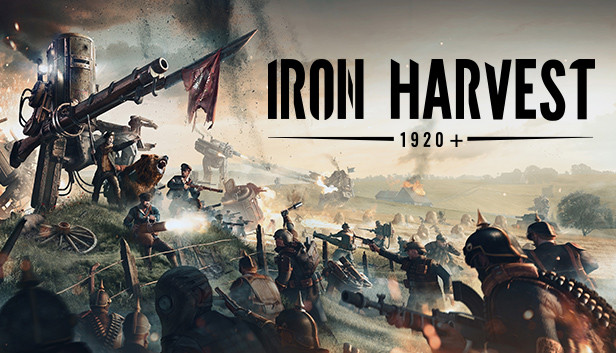 In this guide, I attempt to walk through how to play Reserve 1 Gunter Grimbart early game push/rush
pressure build in live Iron Harvest 1v1 multiplayer automatches. I talk about capping order, build order and expected timings for various aspects.

Deciding to commit to a reserve one build, is best suited for those who enjoy early map control and aggressive game play. The gamble you making or the question you are asking is straight forward.

Can I use my early game advantage to dominate the map and restrict my opponent’s oil income?

In order to support your aggressive gamble, you must take every step to maximize the amount of combat potential available to you before you release Reserve 1. You should leverage the grenade crate on the map to convert your engineers into a grenadier and build 3 stormtroopers to support your push. To fund these units, it’s advocated that you prioritize capturing Iron nodes first, and upgrade your most defensible Iron node to after capturing the first oil cache.

Reserve 1 Timing is reliant on obtaining 550 iron and 155 oil. This means you need to have at least two oil nodes secured and significant iron supply to release reserve 1 ASAP. The build advocates for an early iron mine, and early iron mine captures to help facilitate this. It is also recommended that you retreat damaged squads to prevent incurring iron costs from replacing models. Healing infantry in this game is free, while replacing troops is not.

With your significantly large early army of 5-6 storm troopers, you should be able to push 2 or 3 storm trooper squads onto your opponent’s oil nodes and seize them. Your primary goal should be to decapture the nodes, denying your opponent oil. Only capture opposing nodes on your opponents side of the map if they are unable to stop you from capturing them. When Grimbat and Gunter are released as part of Reserve 1, you can lock down on opposing oils nodes by camping them with Grimbart.

Once reserve 1 has been released, you should be able to push onto your opponent’s victory points and capture them. Getting a victory point lead at this stage of the game, will lower the bar required to acheive victory in the later stage of the game. If things turn south from a bad engagement, you can posture your forces defensively on the central VP and your own VP while you wait for a Kaiser.

Use your advantage to secure a quick super heavy

Once you’ve secured an advantage by leveraging Gunter and Grimbart, your resources should be invested into upgrading your economy and building a workshop towards a Kaiser. If your opponent is reserve 2 heavy, ensure you buy a few field guns to support the Kaiser or a second Kaiser.

READ:  Iron Harvest (Cheat) Plating Stronghold Siege Guide
That’s all we are sharing today in Iron Harvest 1v1 Saxony R1 Gunter Grimbart Build, if there are anything you want to add please feel free to leave a comment below and we’ll see you soon.
Credit to Troyd