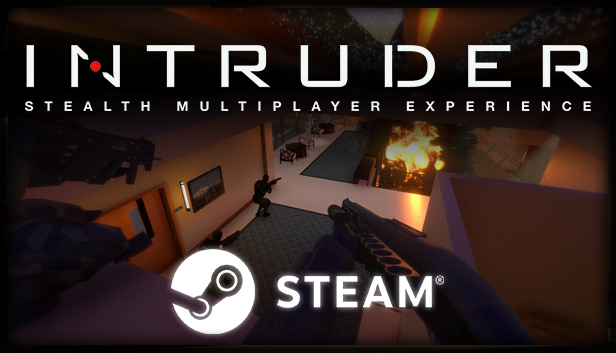 This guide will teach you how to be better at Intruder if you already weren’t.

For the first section of this guide i will talk about tactics you can use to help your team win.
Stealth and Assault

So here are the two basic and most used tactics you can use against the enemy team.
Stealth is the most obvious for the Intruders to use especially during the night maps due to their black outfit, Make use of vents and vegetation around the map (if there is any) to hide and get around easier.

For guards it’s best to stay near your spawn and be ready for intruders coming in, both packages and/or terminals need to be checked on every few minutes especially if there are intruders in the base.

Playing dead can be your best friend and worst enemy depending on the people you are playing with. It’s best to play dead near a dead enemy with a decent amount of bullet shells and blood on the floor to make enemies think you traded, better hope they don’t double tap or arrest you, playing dead in spawns is also quite decent to use because some people may think you just joined and leave you alone leaving them vulnerable.

Crouching and prone are great for masking the sound of your footsteps which helps you sneak up on enemies however crouching uses up energy and while prone sure you can get some of that energy back but it stops midway so it’s best to stop for a few seconds and regain that energy before you continue.

Hide in area’s around your spawn that are near the terminals/packages and make use of arresting if you can (Sure is fun to taunt them once they’re down), now if you’re a newbie and don’t know how to arrest what you need to do is have only your hands out and once you’re near a enemy you can click on them with left mouse button to knock them down and click on them once again to arrest and you can also use this to check to see if they are alive or dead. I suggest killing them once they’re arrested because they might inform their teammates of your location or just mic spam and annoy you.

It is also best for intruders to make use of arresting and their suppressed pistol to quick and quiet takedowns if you are close enough.

Assaulting is useful for guards on some maps while it’s useful for intruders on others so be careful when trying to assault on a map that might not be in favor of your team.
Grenades, smoke, and tear gas are very useful when assaulting the other teams base or a area of the map, it’s important to note tear gas/smoke first and then grenade.

In my opinion it’s best to use stealth to make it somewhat easier for you but you can use whatever tactic you wish or mix them up for a interesting match.

Now onto weapons and a few tips on how to use them effectively. 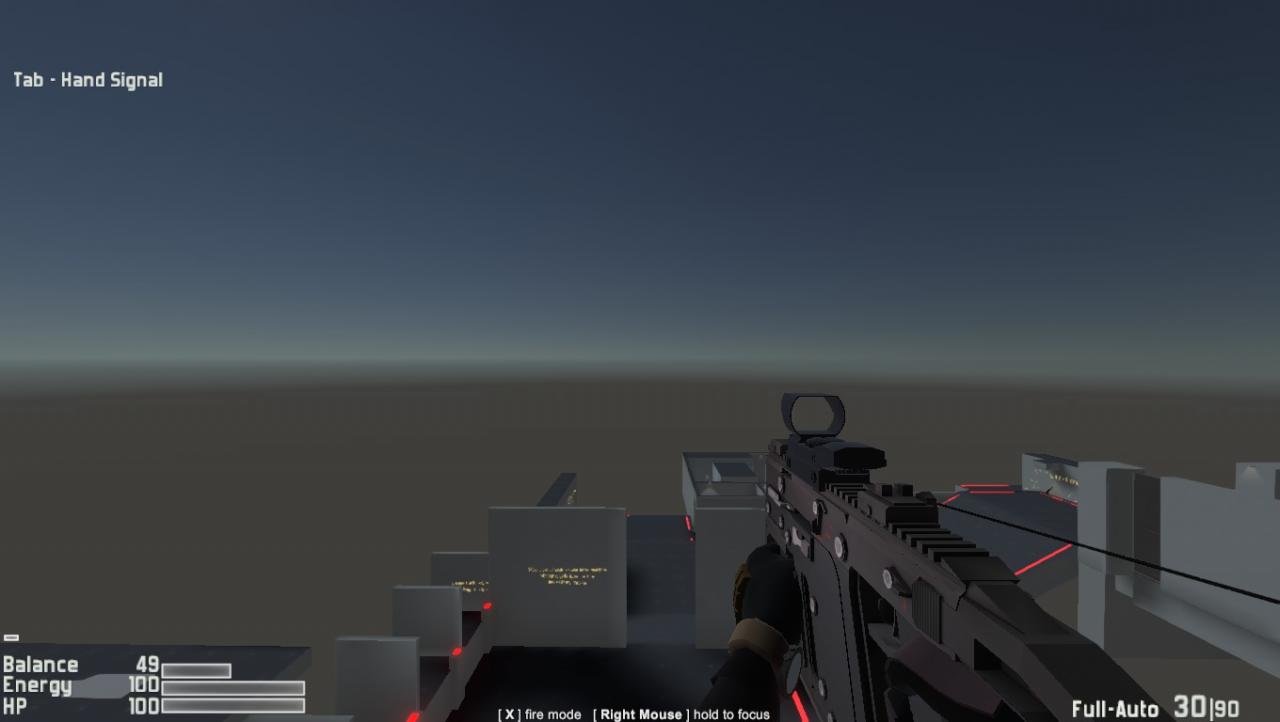 First the primary weapon that fills slot 1 and is given to only guards on Mountainside.

There is a reflex sight attachment for it which can make aiming with it easier and if you hold down right mouse button you can zoom in further with it which makes it a decent sniper.

When using the Vector on full auto it can use up your energy which makes handling it and aiming harder which makes 2 shot the best option for conserving energy and single for sniping and conservation while full auto can be used best during panic situations.

It is the best weapon to inflict high amounts of damage to a enemy other than the PSG-1. 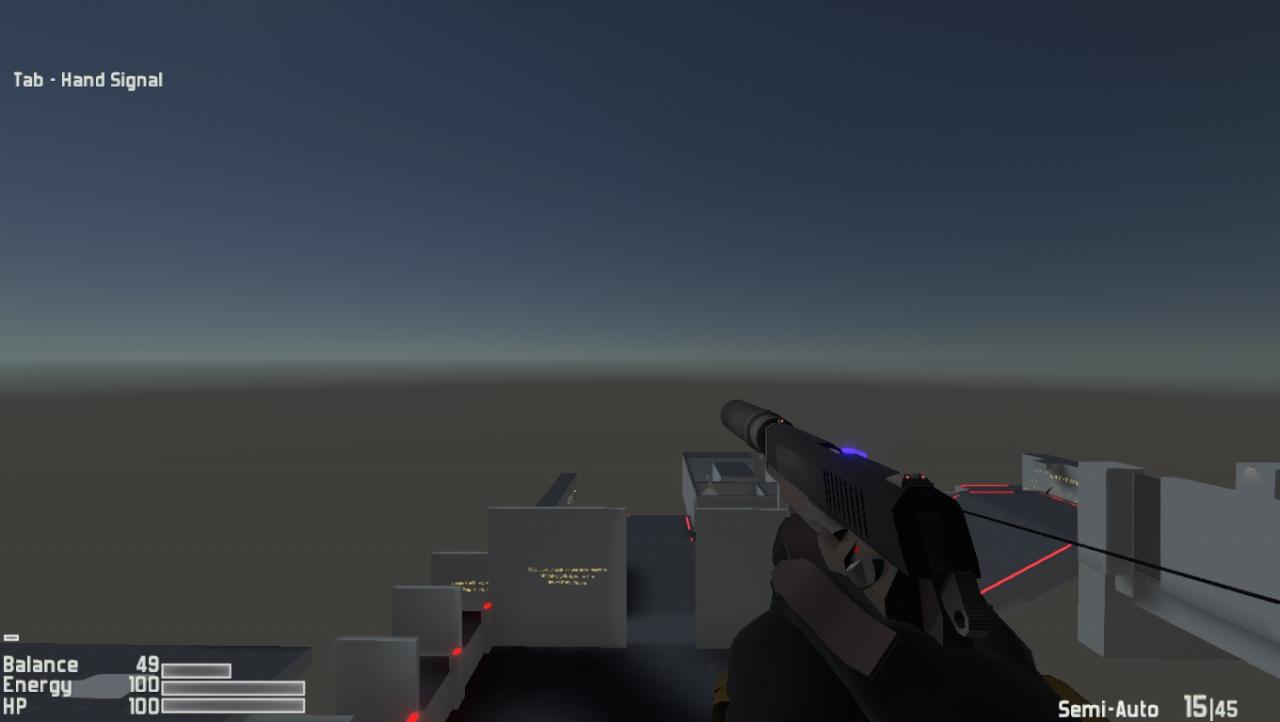 It has only one firing mode that being single.

The pistol is best used for headshots, quiet takedowns, and energy conservation, when using the pistol it’s best to be near a enemy to hit them but also a distance so they cannot hear the shots.

It’s primarily used when stealthing but cannot always be relied on due to the shots not being completely quiet and having lower damage than the Vector. 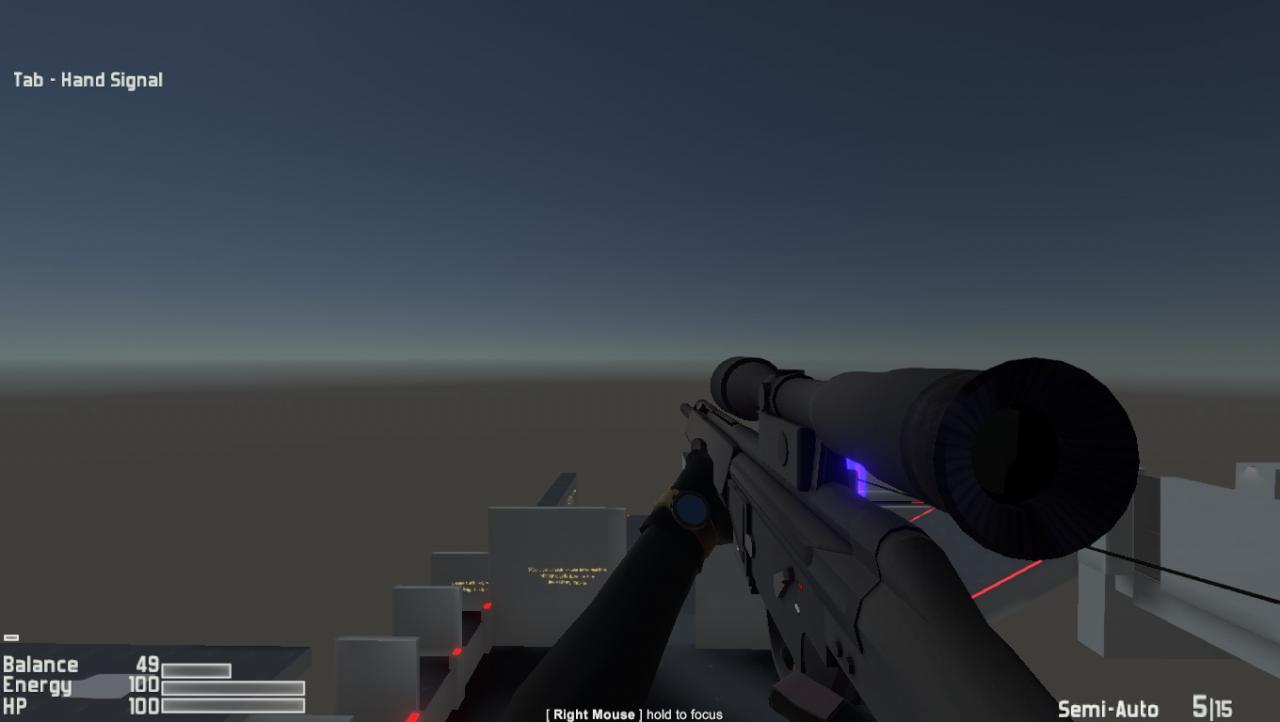 The PSG1 or better known as the sniper rifle is the highest damage dealing weapon in the game but has the worst recoil and is difficult to shoot and only two spawn, one for each team.

There are no attachments for it.

It has only one firing mode which is single shot obviously.

It’s best used on Mountainside and Riverside and just as the reflex sight for the Vector you can use the scope to zoom in for better shots, when the enemy team has the sniper it is best to avoid window’s and spaces that can be seen from the enemy’s side of the map.

It doesn’t spawn on Cliffside or Oceanside. 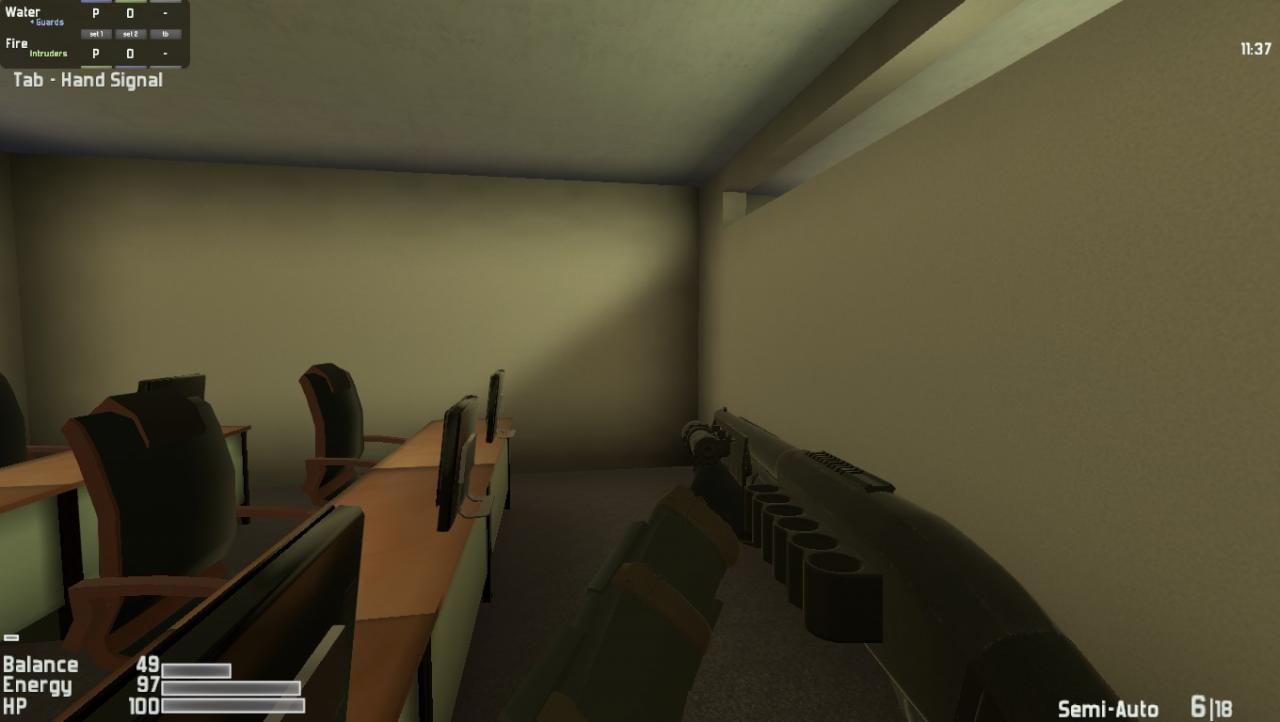 3 words that are very important to know about the shotgun, LESS THAN LETHAL which means it doesn’t kill the enemy straight away but rather knocks them down which leaves them vulnerable for a arrest.

There are no attachments for it.

Only one firing mode and it’s pretty obvious what that is.

It’s best and primarily used for knocking opponents down and arresting or killing them however some use it thinking it’s lethal which it isn’t but can kill a enemy if you shoot them enough with it.

Good for guards to use when defending cases or terminals.

Now for maps and keep in mind this will only discuss the 4 official maps Mountainside Riverside Oceanside and Cliffside.
Mountainside

The main map most beginners start on and the best designed map for the game other than Riverside.

Guards spawn in the house while intruders spawn on the bridge.

In the main room where the guards spawn there is one reflex sight and 2 binoculars while more are scattered around.

On the bridge there are 5 binoculars and a sniper case that needs a code that is hidden in a folder on the ground near the first zipline.

Intruders must zipline down from the bridge or take the cliffside that has a mortar on it and either steal one of the packages or hack 4 terminals or kill all guards in order to win (keep in mind if you hack one area with a terminal such as B1 you hack all the terminals in that area that are marked B and the same goes with the other maps).

Guards must defend the packages and terminals until all intruders are dead or the time runs out for them to win.

There is a helicopter on the roof which needs a code for it to be a package escape.

I recommend as intruders ziplining down to the roof or under the bridge to get to the packages and other weapons easier and sneaking into the vents in the bathrooms at the bottom floor or go under the helipad and sneak into those bathrooms to quickly rush for the package in the room near and use the side of the building to sneak to the escape.

As guards i recommend having one person on cams at all times and rig both package rooms, be sure to check the vents and tunnels every now and then and the terminals, if one is hacked look around the area for any intruders because they will most likely be nearby hacking the others. The Vector will be your best friend as it is the most powerful weapon you will get in the map other than the PSG1 so use it well and if someone on the enemy team puts numbers in chat it most likely means they have the sniper so stay away from windows.

In my opinion the best map out of the 4 and has a decent chokepoint.

On this map the intruders only need to steal the package to win which means the guards have less things to defend which makes managing the objective easier.

Both teams spawn in almost the same spot on their parts of the map and have to search the rooms to acquire attachments or the shotgun/sniper/shield.

Not many people know this or use it but you can shoot out the lights on the bottom floors where the server room and LAB B is located which helps during the night cycle of the map.

For intruders i recommend throwing a grenade out to the water to trick the guards into thinking one of the intruders went in the water and this is especially useful when escaping with the package, after throwing the nade i suggest taking the vents to the bathroom and sneak into LAB A and take it’s package and then escape or you can go the alternate route of garden and either sneak into the base and kill the guards or take the server room package and escape.

For guards i suggest rigging the package rooms (mainly the server room) and keeping a close eye on places the intruders can enter from and keeping a eye on each escape.

The most played and infamous map in the game.

I don’t really want to go into detail with this one so I’ll just summarize it. Assault map.

Everything in the game is pretty much offered to you right at your spawn or very close to it so no need to search.

For intruders i suggest making use of the vents or use the garage as a staging area or take the underpass and surprise the guards from behind.

For guards watch the two main doors where the intruders might come from and check upstairs frequently.

A alright map that’s played often, it’s a bit like Mountainside but shorter.

Intruders spawn outside near a van which they can move if they enter a code on some panel inside the house, there are also a few binoculars near the van so be sure to grab one.

Guards spawn inside the house at the basement floor and the attachments are scattered around.

For intruders take the cave path for a stealthier entrance or the zipline path for the quickest route to the top floor package, have one person snipe on the large rock outside to cover your team if you take the zipline route, once you get the package rush back to the van.

For guards ALWAYS MAKE SURE TO CLICK ON THE DRAGON UPSTAIRS, he gives you luck trust me, rig the basement floor package and pretty much the entire basement and defend the upstairs, hide in one of the closets and wait for them to come.