Basic blocking information to help you get through the game.

The root of blocking is really simple and probably doesn’t need explaining. In case you need a refresher, you can press and hold one of your four characters’ buttons (The interface displays them as A B X Y) or LB to have all characters block at the same time.

If you paid attention during the tutorial, you’ll also know that you can time the block button press to an enemy’s attack to mitigate the damage even more with a Clean Block; however, this only blocks the first damage an enemy deals… or so I thought. Some enemies will use flurry attacks or hit multiple times, and the solution is actually quite simple: after your first block, you just press the block button(s) again with each subsequent attack. If it’s a rapid-fire flurry attack I’ve found it usually works well enough to pseudo-mash the button after the first hit to get all the other ticks.

I also recommend playing it safe on new enemies you find to figure out how their attacks work, then when you recognize the timing of at least one attack you can start trying to get the Clean Block. I also prefer trying to be earlier than later because the punishment for being too early is less than being too late and taking full damage. Figure out what works best for you and with time you’ll get more and more accustomed to this blocking system.

Another useful fact is that executing a Clean Block with 1 health left will fully negate damage taken. 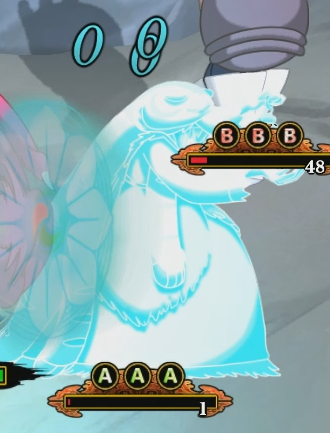 While I wouldn’t recommend walking around with 1 HP, this is still helpful information for when you’re in a pinch. If you’re low on health, it’s better to risk a Clean Block you aren’t good with for a chance to survive. Clean Blocks save lives!