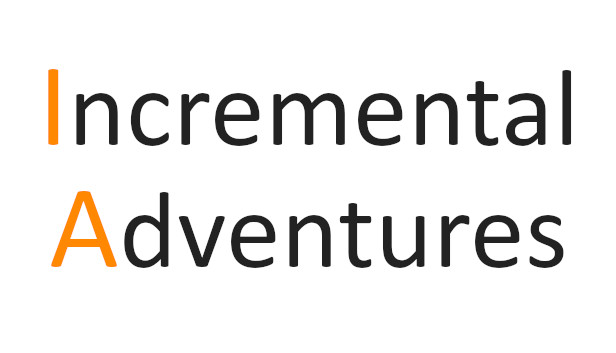 If you play Incremental Adventures and looking for some tips of build, this is a simple guide on how to make an ideal build i found, let’s check it out.

This section is going to tell you what’s going on here, and what will happen.

So, you found this guide, you downloaded the game, you have probably already started playing a bit. if you haven’t, no big deal. you probably opened up on a character chart.

This character chart will have four stats:

Of these stats, there are only three that can be considered remotely useful in my books. others might think not, but I would say Health hardly matters, because it is in heavy abundance later on, and Healing kind of takes over it’s role later on. Ideally, your first character should be split across Damage, Armour, and Healing.

After you finish making your character, it should have sent you to a battle screen. If not, click Start Game under the character sheet.

The hero you have just hired will automatically attack enemies for you. No clicking, no spamming, no yelling at your new friend, no nothing. They just work. If you built like me, you will only need to manage your hero when they get new stat points or when you find the next one.

After you have gotten your next hero (or more, if you decided to spend your first prestige point on a new hero) you can build the setup.

Through my entire time playing this game, I only used paladin at the start. The reason why? Paladin is only useful early in because it is balanced. If it is low health, it will heal itself during the annoying early enemies. If it is not, it will attack. And lastly, it has enough armor to suffice until you get your first stat point upgrades and extra unit. It is a trash, low quality unit because it is not specialized in any stats. This ruins setups late game and can cause tons of issues if you use him past floor 10.

As to what this strategy does, it does not require it because of the points it covers: The warrior in front tanks as much damage as possible to where no damage is taken, the rangers that flood the middle of the setup do all the damage possible to kill the enemies, and the cleric at the back of the line starts to heal the warrior if it takes damage, buff their stats later in, and give it extra health over it’s max health equally later in. These qualities only they have, and paladin could never have these qualities and is almost never needed.

Following the health stat question, the reason why we do not build health is because of what it does: while it does give more health to the enemy, with this setup, we have guaranteed that as much damage as physically possible has been removed from the problem, and then the rest gets covered by the overhealth ability if any is left. The last thing to do for the setup is just prestige, manage prestige upgrades, and win.

Other than the setup, the best things to build from prestiges are here.

I would personally say that for this build, armor, damage, and experience are top-priority upgrades. Excluding those, you want to evenly split your stat points, but with first prestiges, building those three are always the safest bets.

Before you get max units, focus on the unlock unit upgrades in the prestige layers. This helps finish the build.

Other than that, this build is essentially all in your own hands as to how you play. This game is pretty new, I am pretty new to it, and this strategy is likely insanely new, so just know it is guaranteed to work until prestige layer 2.

And this is the end of the strategy! Hope you have learned something, maybe picked up a couple of new tips and bits of knowledge!

That’s all we are sharing today in Incremental Adventures Ideal Build Guide, if there are anything you want to add please feel free to leave a comment below and we’ll see you soon.