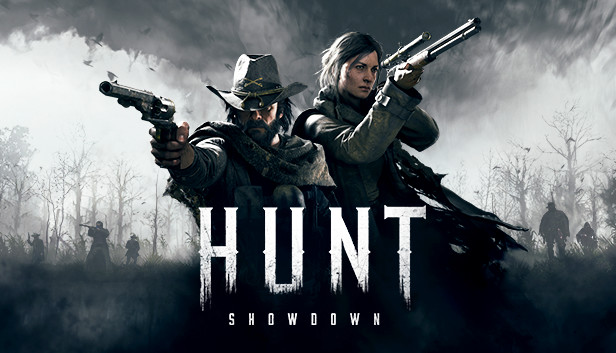 This Tier List is my personal preference for Perks in Hunt Showdown. No BS or soft talk. I’ve been playing this game for sometime now, watching streams, reading and watching guides and after much testing these are my ranks.

This Tier List is my personal preference for Perks in Hunt Showdown. No BS or soft talk. I’ve been playing this game for sometime now, watching streams, reading and watching guides and after much testing these are my ranks.

I will try to keep it always up to date. If Crytech adds or modifies a perk, I will come here and update the listing if necessary.

One thing that is important to mention is that this tier list assumes that you are using the proper weapons for each perk. For instance, if you are not using crossbows, bolt thrower is obviously D Tier.

S Tier – The best of the best. You should always try to grab these perks first. The exception are the weapon related ones. These you should only grab if you are using the proper gun.

A Tier – Extremely good perks that for one reason or another fall just short from being S tier.

B Tier – Good perks that should always be considered. Some are very situational, but still useful.

C Tier – Underwhelming perks that can be useless in many situations and can be a big waste of perk points. Should only be picked if you have points to spare or if you are trying to go for a very specific tactic.

Bolt thrower: I direct upgrade to your crossbows and a must if you are playing with one.

Doctor: Arguably the best perk in the game. It costs 8 points, but makes your medkit charges fully heal you, which can be compared with vitality shots if you also have physician.

Greyhound: One of the best perks in the game. It allows you to run for a very long distance without having to stop. This will grant you a big advantage when running away, repositioning, rotating or chasing. The fact that you can move faster for longer can be a game changer. It is the first perk that I buy on all my hunters.

Kiteskin: For 1 point this perk will allow you to jump and survive almost any fall in cliffs, chasms or towers in this game, opening a new venue to rotate, escape or pursue other players. For such a good trait, 1 point makes it instant S tier.

Levering: A direct upgrade to your Winfield. Makes it a great close combat gun, much more reliable than fanning, since it can accurately hit targets 10m away.

Bloodless: So much stuff in this game can make you bleed and the most used custom ammos have bleeding effect, making this perk very useful. Bleeding generally puts a lot of pressure on you to make a decision, so being able to not bleed out fast and also heal the bleeding effect fast can sometimes be a game changer.
READ:  Hunt: Showdown: How to Get Better

Lightfoot: VERY useful is certain situations. Now those ladders are finally something to consider during combat. It can help you a great deal rotating and moving. Highly recommended. The only reason this is not S Tier, is because it costs 5 points.

Necromancer: A game changer. Almost no one expects a necro revive and it makes your life much easier. Reviving a team mate is one of the most dangerous things to do in this game, and being able to do it behind cover is just too good. It can even be used on players who are on fire, extinguishing it automatically upon revival.

Packmule: Great utility perk that give you a twice the consumables or tool/medkit charges when looting corpses or toolboxes. If you like to use traps and grenades very often, this can even be considered S Tier.

Physician: Extremely good upgrade, making healing less of a chore. Can turn your medkit charges into vitality shots if you also have Doctor.

Pitcher: Being able to throw your grenades further is excellent. Can be the difference between hitting your target or not, and depending on the distance can make that your enemy doesn’t hear the sounds of the fuse until it is too late.

Quartermaster: Excellent skill. Being able to grab a riffle plus a short shotgun or the other way around is very powerful, giving an excellent option to fight in pretty much any distance.

Ambidextrous: Good skill. I personally don’t play dual wielding very often, but it can greatly speed your reload time if you do.

Bulletgrubber: For 6 points, this is extremely expensive and in general you will have better talents to put in its place. The gun that benefits the most from this is the Dolch, since it ejects special ammo, which is hard to find on the map.

Determination: Good perk. Helps you recover stamina faster. Not much to say about it.

Fanning: Some people love, some people hate. I personally find it very unreliable. If you think you are getting to close and personal very often, and likes to play with rifles, this can save you very often. Just remember that sometimes the best use of this skill is to fire without pressing the button, so you can shoot faster but also controlling where your bullets go.

Frontiersman: Excellent perk, but for 8 points it is hard to justify it being higher in the rank. If used together with Packmule and traps, it can give you a lot of value.

Gator Legs: Good perk. Helps you move faster around the map. If used together with Greyhound and adrenaline, will be impossible to run away or catch up with you. As you learn to move around the map this perk gets less useful, but it is always a good utility to have.

READ:  Hunt: Showdown - How to Use the Wini

Ghouls: Good skill. But medkits are widely available in the world map, so this is very rarely useful. Some people advocate that this is a S Tier perk, and I really don’t see this being anything close to that.

Resilience: Good skill for only 2 points. Can put you back into the fight instantly after being revived. If you already have all perks that you want, this can be a good addition.

Silent Assassin: Does make you silent when you melee, but remember that grunts will scream when dying. The best thing about this perk is the capacity to charge your melee weapon silently and ambush other players. That is the main way that it should be used.

Steady Aim/Hand: Good perks that can really help you lining those scope/pistol head shots. If you have the points to spare, this is a good choice.

Beastface: Very good for new players who struggle with animals. On the other hand, learning to keep proper distance from animals is a skill that you will have to learn sooner or later, so I recommend skipping it.

Bulwark: In the rare occasions that this work, it saves your life. In general, not worth the 3 points. Better to spend it on something else.

Deadeye/Marksman/Sniper Scopesmith: I think they are more useful than the Iron variants, but you shouldn’t be a stationary target and should be moving around, so I don’t think this talent does much.

Dauntless: Extremely useful to put out choke bombs before they explode and this is the only reason that this is not D Tier. The problem is, this is the only talent that can actually kill you. If you hear that someone is about to throw a dynamite on you, just run or rush the player. You have no business waiting for it to land on your feet to try to put it out. Besides, good players will cook it enough that if you try anything besides running, you will die.

Iron Repeater/Sharpshooter: Not really necessary. If you have nothing else to buy with your points, there is no harm in getting it.

Salveskin: Its main use to let you burn less slowly when people burn your body. Other than that, pretty useless. I don’t think this perk is worth 5 points, there are many other better options.

Serpent: Do you intend to snatch the clue and run for your life instead of storming the compound? If not, this is useless. If yes, this is pretty good. It can also help you get the clues from difficult positions, but in general the perk is very underwhelming.

Vulture: If you have a group with 2 other friends, one of you should always have Vulture. It is good because it allows you all to loot corpses, no matter if it has been looted twice before. Another use is if you are playing a scavenger (stay out of the fights, go in to loot and make money). Besides that, no real reason to pick this one.

Adrenaline: Useless. Even though it costs 1 point, being at low stamina is a problem, but during a gun fight this rarely happens. If you are running away and are in critical health, this will not save you 99% of the time.

Bolt Seer: Useless. Even if you are running throwing knives and crossbows, you shouldn’t need any help finding your own stuff.

Conduit: Trash. You don’t need the boost that it provides, especially for 4 points.

Decoy Supply: The only good decoy in this game is the decoy fuse and it is very rarely used. You probably will never need this perk.

Hornskin: Can save you from a Duster head punch instant kill, other than that, this is pretty useless and pathetic.

Iron Devastator: The ugly iron brother. Completely useless, since your shotguns should be able to one shot kill and the only gun that actually benefits from it is the Specter, because it is a slow shooting shotgun.

Mithridatist: Poison generally is used to kill AI and is hardly effective against players. On very few occasions this will be useful. Don’t waste your points.

Poacher: Sad that all trap related perks are trash. Being able to hear other players laying traps can sometimes be useful, but you should always be careful around barrels and when invading a compound, so it is not really useful. The only moment that I think this can be really good is if you are trying to out maneuver your opponent and laying traps around rocks can actually catch them by surprise.

Tomahawk: Meme perk. Only used for the lulz.

Vigilant: Useless. You should be able to see traps without dark vision. Just pay attention when entering compounds.

Perks are one of the most important things in this game and you should pick them carefully. They can make your life much easier and sometimes surprise your opponents. So always try to think about how useful the perks really are and how often they will come into play,
By Skl