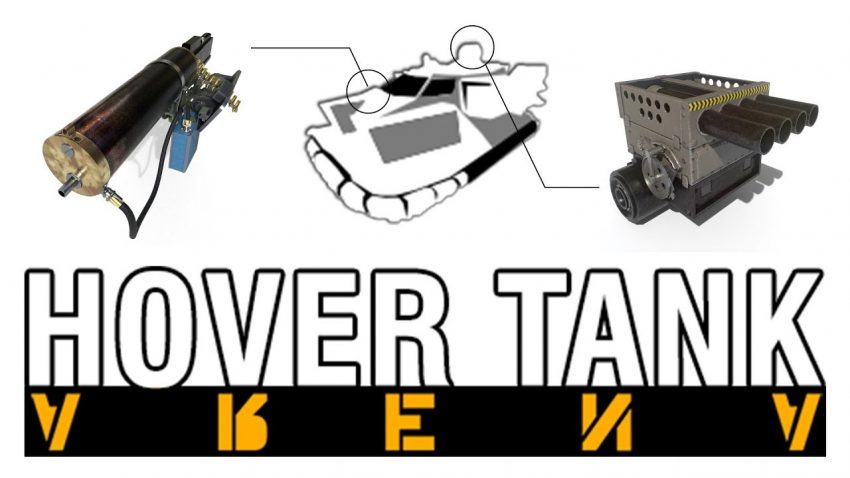 Basic default controls for the game “out of the box”. I had uploaded these to Steam before launch, but I can’t seem to find where they reside, so I thought I would post them here. Thank you!

Hover Tank Arena is a fast-paced, single-player, arena style combat game. You are the driver of a Hover Tank and you have AI teammates that will fight alongside you. Most Arena’s allow you to have at least (1) AI Controlled Mech on your team and (1) or more AI Hover Tanks as well.

This guide will outline the default Keyboard and Mouse game controls for you to reference.

NOTE: This game is being released as “Early Access” on Steam. This guide will be updated as significant changes are made to the game in it’s growth toward a “Full Release”.

“Z” Key is used to cycle the camera distance in Third Person Camera View. It will push the camera further back (3) times and then resets the camera to the default view distance.

“C” Key is the Zoom or Sniper Mode Camera. It will switch your camera view to a screen display that will remove most of the HUD information from your screen. Only the most important information can be displayed in Sniper Mode.

WEAPONS SYSTEMS
HTs have two weapon systems available. A Primary Weapon that consists of (2) mounted guns on each side of the HT and a Secondary Weapon that is a Turret Mounted Gun, Missile, Rocket, or Energy Weapon mounted on top of the HT.

Primary Weapons (Guns) are fixed in place and only fire forward along the HT’s current facing. To put these rounds or beams on target, the HT must be facing the target.

Secondary Weapons come in various types of deployment. Some weapons are guided and do not have to be in “line of sight” of the HT to pursue their target. Guided missiles have different turn radiuses, speeds, deployments, and firing arcs. The turrets on HTs can be pitched up-and-down as well when unlocked. By default, turrets are locked at a ZERO and fire straight and level.

Targets are locked using Sonar from the HT. When the Sonar Signal is sent out, it will attempt to lock onto any potential target directly in front of the HT. While the on-board sonar has a limite range, some weapons can increase and extend the range when loaded onto an HT Chassis.

MEDIA PLAYER
To control the in-game music, there is a Media Player that can be opened from almost any menu. You can play/pause the music. Cycle through the Next Track or Previous Track. Cycle through the Next Album or Previous Album. Adjust the Volume to Raise or Lower it. For convenience, there are Keyboard keys that can be used while playing the game to control the Media Player functions so you can make adjustments to music “on the fly”.

OTHER KEYBOARD FUNCTIONS
The game can be paused at any time during regular gameplay by pressing the “P” key.
Written by JigSaw73