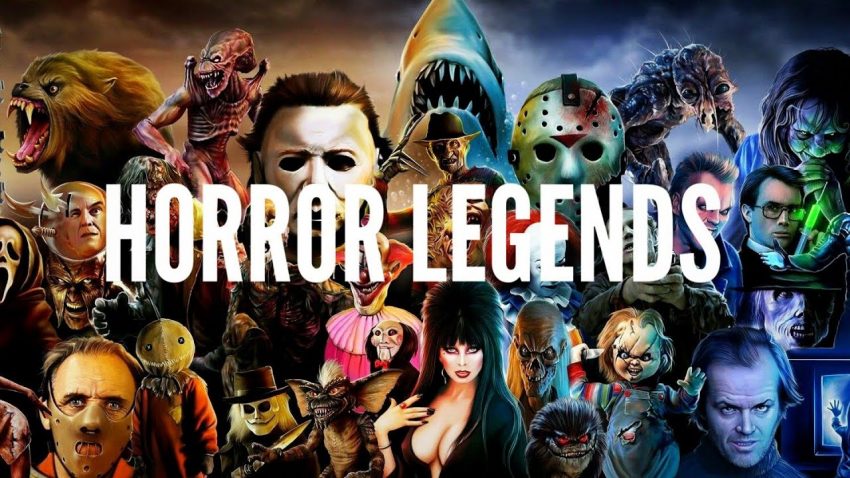 A tier list for Legends and Cast members so you know who is meta defining and who is not.

Hey there, so here’s the basics of the game for those who don’t know.

The game is 3v1, one person plays the Legend and 3 play as Cast Members. The Legend is a powerful monstrous creature that hunts the Cast, and the Cast is a band of humans trying to escape the Legend’s wrath.

A few base mechanics include:

Nick Scab: Nick is so versatile it’s crazy and he’s equally as good offensive as he is defensive AND he has a really good stat spread. His bat is crazy strong for stamina damage and can easily peel any Legend off of someone or stop any Legend from running away. He’s amazing for killing the Legend, probably the best, and if the Legend is Gourds well he has fantastic stats anyways so it doesn’t matter. Lots of health lets him get away with a suuuuper aggressive in-your-face play style especially when paired with peanut butter punkie bites. He doesn’t even need good stamina because he can settle for just ruining his enemy’s. Trust me, with a kit this versatile Scab will always be a viable pick.

Sheriff Russell: Super glass cannon. Without his gun he’s pretty squishy, conveniently his gun when combined with good aim provides enough pressure and damage on Legends for any that come too close to get shredded by an onslaught of bullets and forced to retreat. Sheriff also has the option of two different starting weapons. One is a revolver with stamina damage but longer time between fires and the other is a high damaging pistol that lets you quickly shoot off a load of bullets. Both are pretty solid but if you have a Nick on your team there’s no need for ranged stamina damage when Nick can run them down. A Sheriff with good aim can 1v1 some of the Legends, seriously. Unfortunately, without his gun, his poor base stats make him a miserable pick. Hence why he’s not quiiiite at S tier, but nonetheless still an amazing pick.

Angela Crass: Same boat as Russell. Bad stat spread, amazing item. Angela’s switchblade lets her pump out attacks like it’s nobodies business inflicting stab wounds that puts Jack the Ripper to shame. Seriously, if you have a good mouse to click fast or macros Angela melts competition. The trade off is her really bad HP pool making her a oneshot if hit by a charged strike most of the time, but with all the blinding blood particle effects from her rapid stabbing, disorienting red tint the Legend sees when they’re damaged, Angela’s dark clothes, and her Speed, Angela might as well actually be Jack the Ripper with how much stabbing she gets away with unscathed.

Ryan Steele: Pretty all around. Amazing raw stat spread. Her stats totaled are actually the highest in the game. She also comes with a built in detection system. There’s a skull in the corner of her screen that lights up more and more the closer the Legend gets. The range is quite awful though. The terrible range makes it primarily useful for finding out if it’s safe to enter and exit through certain doors but it’s a niche power that becomes weaker if you aren’t with your friends as randoms are less likely to listen to you shouting “Please do not open that door you will die”. Also her spawning weaponless puts her at risk of ending up with something that doesn’t help the team as much as Angela’s guaranteed switchblade or Nick’s guaranteed bat. She has no weaknesses and a place in the game, but is just outclassed.

Stevie Lint: Has a healing item (beer) instead of a weapon, but can get oneshot by charged attacks so healing doesn’t usually matter. Being weaponless at game start doesn’t help. As far as stat spreads go, he has high Agility which is probably the worst stat. Agility is a nice niche and feels good to have but it is certainly not as useful as Health or Speed. If you try to drop the beer, the game bugs out and gives them 0 charges so you can’t share either. He’s just not good right now unfortunately but with some hotfixes and future quality-of-life changes he could end up being the game’s first real healer.

Candy is a pretty important part of the Casts game play. It’s basically their support item and Cast members have a small variety of candies to choose from that will assist them in their attempts at survival.

Punkie Peanute Butter Cups:
Heals 35 HP
Gives back no stamina (but still recovers you from exhaustion)
Has 2 uses

These are the meta-defining candy. Removing exhaustion is useful, but if you instantly become exhausted again you have 35 healing to fall back on. This candy is also the best for Legend hunting groups looking to achieve their victory from killing their enemy because of how potent the healing is.

Debby Hill’s Creepy Gummies Candy:
Heals 0 HP
Gives back all stamina
Has 1 use

Basically a free escape but one time use. It can buy a lot of time, but is only good if your play style is to try and stay far away from the Legend and can’t heal you out of a tough situation.

Like a watered down version of Punkie Peanute Butter Cups, kind of just a worse version of them but I personally prefer them because you can spread the healing out over more time.

Undead Punkie: Projectile stamina damage, can oneshot squishy cast members with a charged scythe, is very loud but can still get away with stealth plays by crouch walking and he’s hard to kill thanks to having a secondary objective the Cast needs to complete before they can kill him. He’s very all around and pretty solid. His only weakness is tracking but keep an eye and ear out and defend your pumpkins/the glyph and you’ll have great results consistently.

Best Map: Cabin; the pumpkins and glyph are much easier to defend when closer together.
Worst Map: Hedge Maze; plenty of walls to block your poison splinter and lots of hiding areas to make finding the Cast a huge hassle. 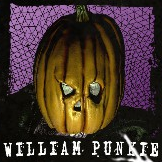 William Punkie: This guy is hard to place. Against uncoordinated groups he is easily the best Legend in the game and wins matches before the Cast even finds the glyph. On the contrary, versus coordinated groups that stick together he gets chased down and stabbed to death by switchblades. He’s pretty hard to place, but I think as a whole his amazing speed and regeneration makes him at least usable against groups but expect matches against him to end in either him destroying the Cast or the Cast destroying him in just a few minutes.

Best Map: Hedge Maze; stealth and splitting the Cast is your best friend and the Hedge Maze is exactly what you need to do that. This map can make him S Tier.
Worst Map: Cabin; It’s tiny and easy for the Cast to gather enough resources to kill you and if they chase you down you have nowhere to run.

Gourds: These guys are also hard to place. They have the worst chase potential in the game without a doubt, they aren’t very fast and don’t deal much damage. They also have the best tracking in the game though thanks to the AI gourds following stealthy Cast members and their built in detection system. They snowball really hard and the more Cast you kill the stronger they become, but they can have a lot of trouble getting to the point where they snowball. Overall, they’re pretty hit or miss but the fact that they cannot be killed means they have a lot of time to work with. A few good plays and you can easily secure a match. Also the best Legend to mind-game with. It’s fun pretending to be an AI gourd then spitting on your enemy’s face.

Best Map: Cabin; it’s small size makes it easy for the AI Gourds to surround and overwhelm Cast members and being able to get back to the Cast quickly after being killed is a huge advantage.
Worst Map: Hedge Maze; this is actually suffering. The AI Gourds have trouble getting through the maze, refinding the Cast after dying is a huge struggle, and your low speed makes catching up to land attacks or even hit them with spit an impossible task.