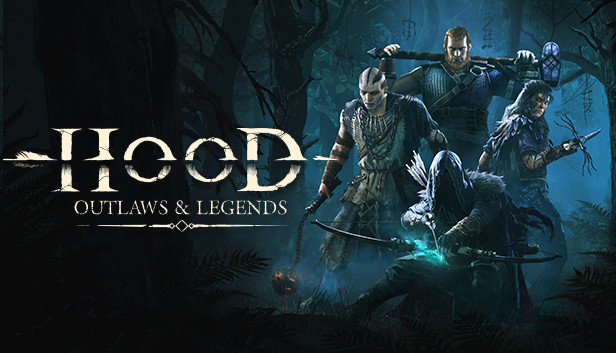 Be a sneaky Outlaw

As a wise outlaw once said: “Don’t run into the guards.” Being spotted by guards has several consequences (aside from death).
The biggest is probably that you’ll be temporarily outlined in red, allowing enemy outlaws to see you from across the whole map.
You’ll also trigger a lockdown, causing portcullises to drop and potentially trap you.

If you’re crouched and behind a target, you’ll have the option of assassinating them, killing them (almost) instantly.
This is always a great option for removing guards without attracting attention or using arrows/bolts. It also works on players, so watch those dark corners.

Misdirection is every Outlaw’s friend.
If a guard is looking your way, throw a rock behind them to make them turn around, then approach for the kill.
We wouldn’t recommend trying it on players however.

Work as a team

If you’re not all moving together, at least go in pairs.
If one of you gets spotted by a guard, the other can go around and quickly assassinate them.
Many guards travel in pairs, moving together lets you take them both out simultaneously.

Information is power. Remember to tag your targets so your entire team can see their position for a short period, even through walls. Robin’s passive makes his tags last longer than others’.

In the hideout, your refuge between heists, you’ll be able to purchase and select your perks.
These have a big impact on the strengths and weaknesses of your class.
Make sure you check these out as you progress. For example, Robin has two perks that increase his threat as a melee fighter. 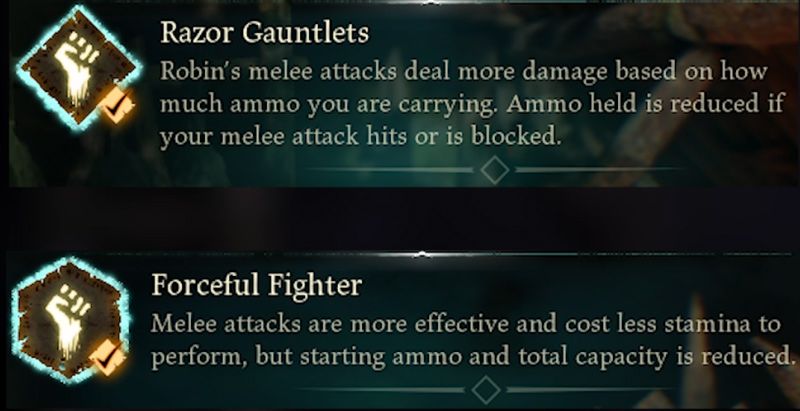 When the enemy thinks they’ve caught you out by getting into close range, they won’t expect your incoming smack-down. As you can see however, this comes at the cost of your ranged ability.

Every character’s thrown item is unique, and can be tweaked with perks.
For example, Tooke has a poison gas grenade which saps stamina, but with a perk it becomes a healing grenade for allies.
John’s grenade can wipe out an entire cluster of enemies, if they’re not careful, and Marianne’s smoke is invaluable if used tactically.
These items are found in chests dotted around the map.

Look out for wooden poles with ropes wound around them. If you shoot them with Robin or Marianne, the rope will fall down, allowing you to climb up (or down), giving your entire team a new path to take.

Every character has a unique ultimate ability, which, if used well, can be a game-changer.
Use Marianne’s invisibility to disappear from sight, allowing you to assassinate players in plain view. John’s ultimate gives him increased durability and infinite stamina, making him a powerhouse melee fighter.
When your ultimate is ready, the icon in the bottom middle of your screen will light up. It will also indicate how charged up your ultimate is.

Combat is all about timing

Reading your opponent and timing your dodges, parries, and attacks are key in melee combat.
This often requires patience. Spamming the light attack won’t get you far.
As a melee-focused character, you have a parry, and as a ranged character, you have a dodge.
Keep in mind that parry defends against all ranged attacks, and a well-timed melee parry will stagger your opponent.

Locate and pickpocket the Sheriff

Your first task is to find the Sheriff, and then pickpocket him.
He’ll usually patrol around the main keep of a map, and is often followed by guards.
Make sure to distract or dispatch them, then approach the Sheriff from behind to grab the key.

Defend your chest carrier and winchers

Once you’ve opened the vault with the Sheriff’s key and grabbed the chest, you have to carry it to one of the map’s extraction points.
John and Tooke carry the chest faster than their ranged counterparts.
A good way to protect your chest-carrier is to have one or two characters scouting ahead to remove any guards, and one or two sticking with the carrier in case of sudden trouble.
READ:  Hood Outlaws & Legends PC System Requirements

Once you’ve reached the extraction point, make sure to protect the two winchers, as they will be very vulnerable to enemy Outlaws. Shroud them in Marianne’s smoke, protect them from ranged attacks with your parry, and take the win!

Handle the portcullis with caution

Only John can lift the portcullis. Be nice to your John
That’s all we are sharing today in Hood: Outlaws & Legends 13 Tips Before You Play, please feel free to leave a comment below, and we’ll see you soon.
Credit to Otasuraki