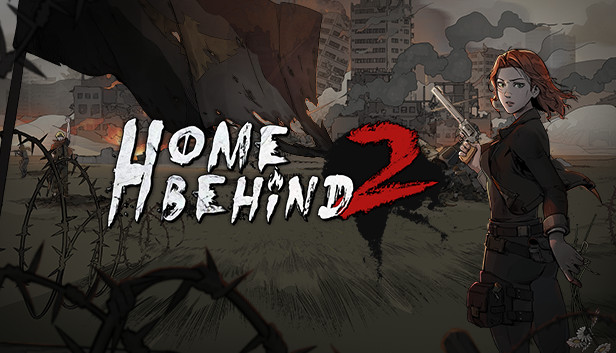 For new players of Home Behind 2, this is a guide of basics, if you want to get a fast start, this guide will help you out.

Well hello I though about writing a guide about this game and to let you know what is important and what is not so here we go.

IS MONEY IMPORTANT?
Hell no it is not you will get a ton of that stuff along the way what is important is supply’s that stuff is rare as hell in most places so buy it whenever you can.

WANT SUPPLYS?
–Easy attack places that have farms and upgrade them if possible.
–You rescue a farmer take the long term plan in getting food well if you need it right away take the short term but its not worth it.
–Buy them dont worry about money buy it from farmers, buy it from caravans (not worth it really it really damn expensive only do it when necessary) do hunting mini quests from hunters when exploring many amazing ways there are to do it.

WHAT ABOUT FUEL?
Bro you get ton of that stuff along the way its like you are a movable gas station.

CHARACTERS HOW TO MAKE EM GOOD?
Well i don’t know its your life not mine but what I did was make my boy hermous a bandito he a damn good tank and that boy Chris well he went commando the spec I put in hermous was pretty much was fitness and strength also some bits into agility so his aim is better by bit I meant so its not negative but at most +1 or 2.
For Chris well agility and strength then some times add into fitness so he is a bit tanky as for banana well she is my sniper babe
She only goes into crits and crits rates as for points I put them in only strength and agility we want those one shot don’t we.Now you might be asking what about the other stats well there are 2 things you could do for intelligence either put it on Chris on the start but I personally think its a waste or try to find a bio soldier or mechanic class 4 party member and feed them with does intelligence states then well they will be smart as hell allowing you to open most thing 100% as for the other states i forgot about them not even using them.

Well we got traps and the traps are annoying so here are some helpful tips to avoid them.

TRAP TYPES:
Rescue target: that spawn on explorations they explode so what you do is investigate if you have a option whenever there is the investigate option and you successfully do it you will be told how the rescue target feels like if he is nervous leave when it says some thing positive about him save him.
Slave Caravans: Pretty much the same as above investigate and see if they are viewed negatively or positively.
Camps:Pretty much the same as above investigate and see if the NPC says it safe or some things going on.
Box’s or Lootable places: Box that have blink blink lights are bad don’t touch them and places like a broken tree where you can look inside it to check what it can be can be traps to so always investigate to see how your party members react.
Mushroom: They give quite a bit of food but can be poisonous as well so investigate them and see how your teammates react.

So everyone that might be new to the game would probably like to know what team would be the best so i will give you my starter team that i used up to the end of the game,

So here it is:

What buildings i would upgrade first.

Command Centre: To at least 1 star when starting

Medical ward: i would upgrade the medical ward to at least 1 star

READ:  Home Behind 2 Gambling Odds on the Slot Machine

Cooking station: Its not the most important do it when you want

Gambling station: Its the second most important thing to do why because it can give you tons of medical items

Enchantment: Its not the most important thing do it along the way

That’s all we are sharing today in Home Behind 2 Basics Guide For Beginners, if you have anything to add, please feel free to leave a comment below, you can also read the original article here, all the credits goes to the original author Drac Van’Harl