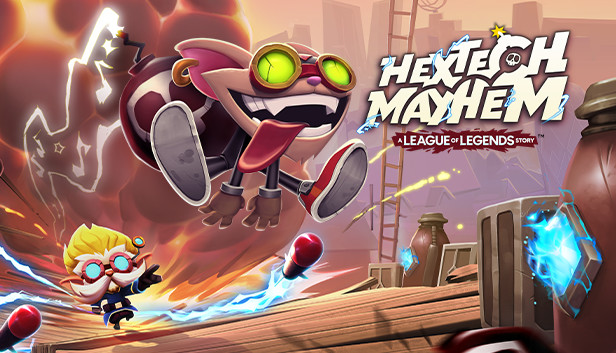 For Hextech Mayhem: A League of Legends Story players, there are some key game play mechanics you need to be aware of to make sure you are getting those flawless levels.

Golden Cog – Throw a bomb
[The Cog placement is there so that when you throw the bombs at the moment of grabbing them it will destroy the props in the background that you normally would miss if you only did the jump and slam actions. Crucial if you want a 100% Mayhem score]

[If a Cog has a blue faded line going through it, typically under a balloon, you don’t have to throw a bomb there. It indicates that you are going to have to slam/fall through it to obtain it.

***Most levels follow this layout of game play, and some may vary as you play, it’s just a matter of reading each level and seeing where these can be properly applied.***

If you want a visual on what i’m trying to get at here, this video made by MarsensDomain shows beautifully how 1-1 is supposed to be done with 100% accuracy.