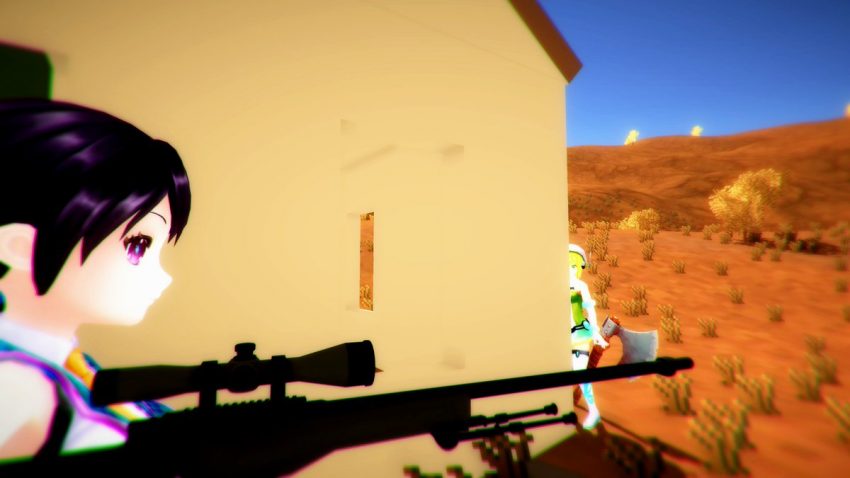 This guide lists the key components of the game.

There are three enemies in the game and each has their own unique weapon and they are distinguished by what they wear.

When killed, A random enemy would spawn. it may be the same one or a different one.
Be careful as they could respawn beside you and could quickly drain your health.

I made up the names of these enemies since they weren’t stated in-game. 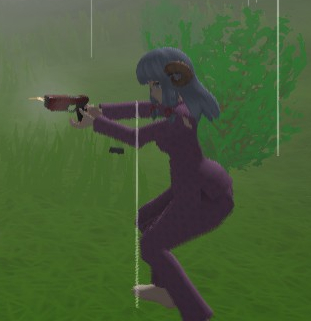 She is distinguished by her pink pajama and her red pistol.

She has the lowest health of all the enemies.
Her weapon has almost the same fire rate as the assault rifle woman but slightly slower.
She also has the lowest damage output out of all enemies in close range.

How many shots would it take to kill her? 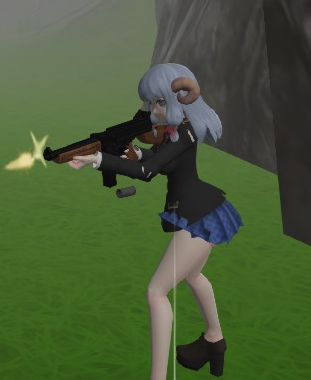 She is distinguished by her schoolgirl outfit and her (annoying) assault rifle.

She has higher health than the pistol woman but has the same health as the sniper lady.
She has a (annoyingly) high rate of fire in close range.
She can deplete around 1/16 of your health in close range.

How many shots would it take to kill her? 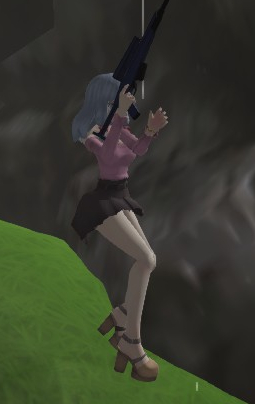 She is distinguished by her pink shirt and gray skirt. She wields a sniper.

She has higher health than The pistol woman but she has the same health as the assault rifle woman.
She has drains 1/6 of your health when shot but constantly misses her shots.

How many shots would take to kill her?

The Map isn’t very big and you would constantly hit other NPC’s if you would roam around the middle area.

The sides of the map are surprisingly devoid of enemies. Since the map isn’t very big you could walk near the “storm” and explore the borders of the map. 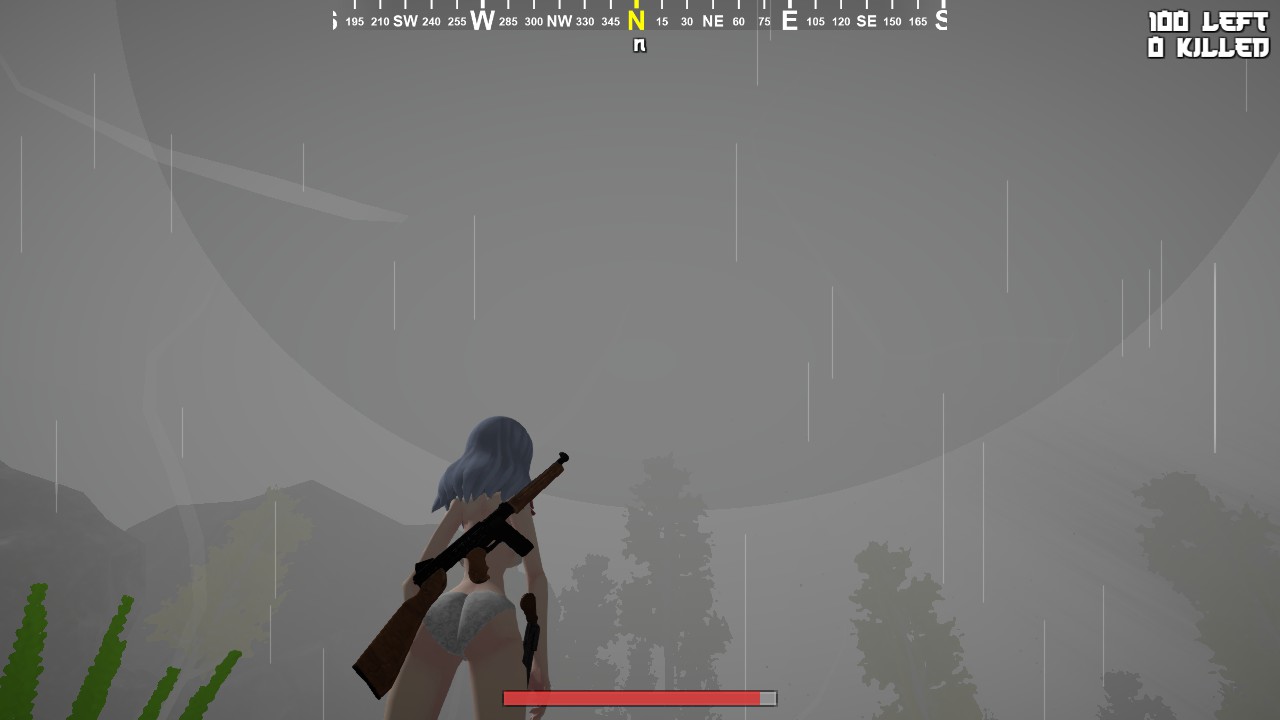 There are a few landmarks that you could take note in case you were roaming around the map and you want to take note of certain spots. 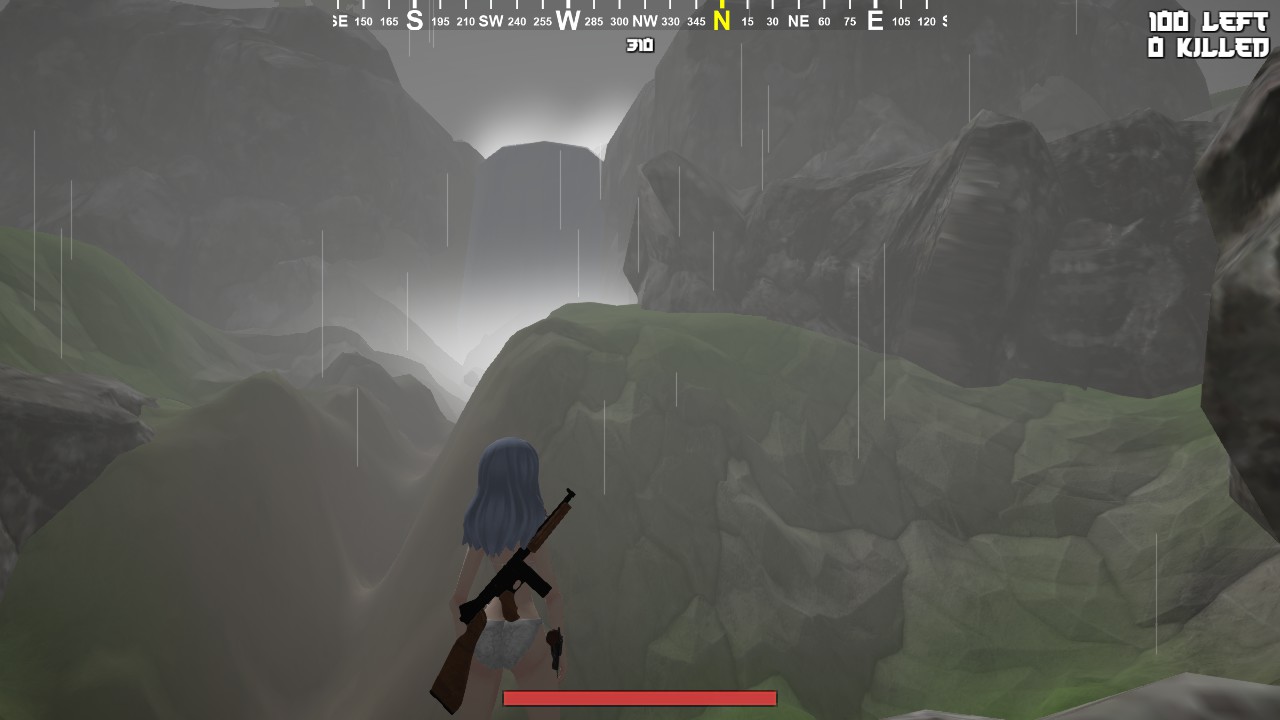 There is a hidden house in the area. If you go to a certain area you can see it but you can’t reach it as shown in the picture below. 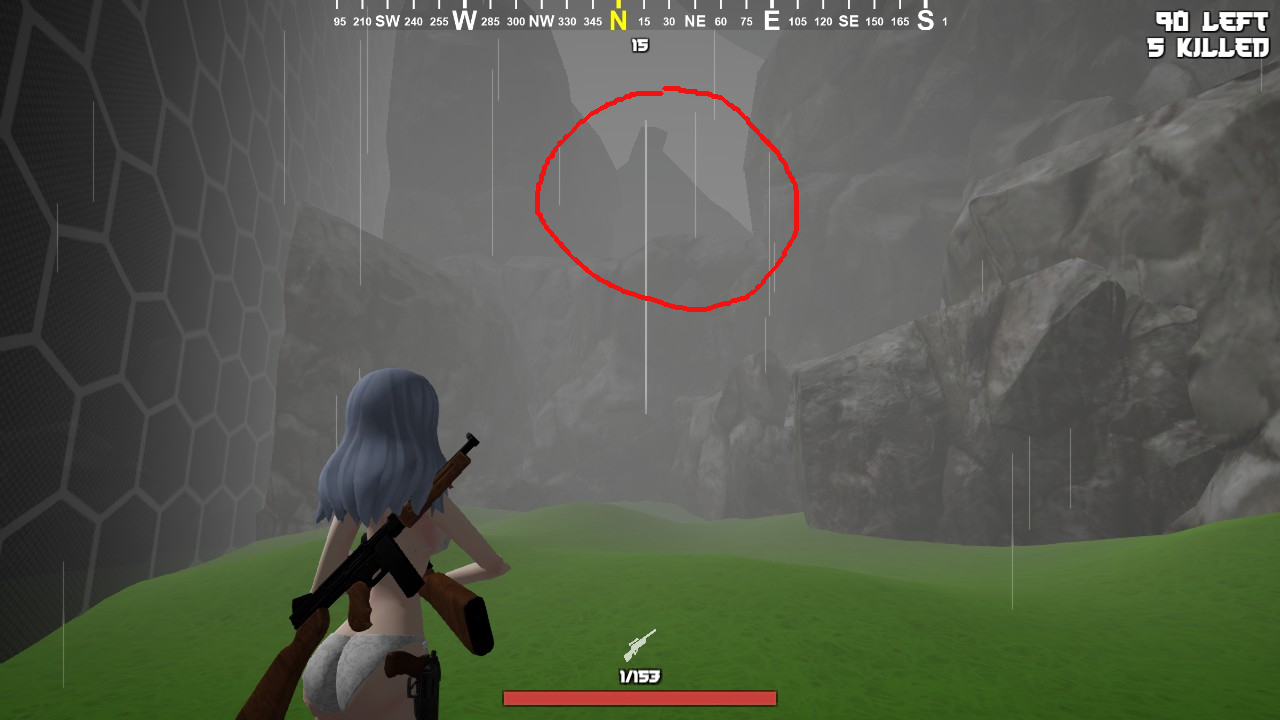 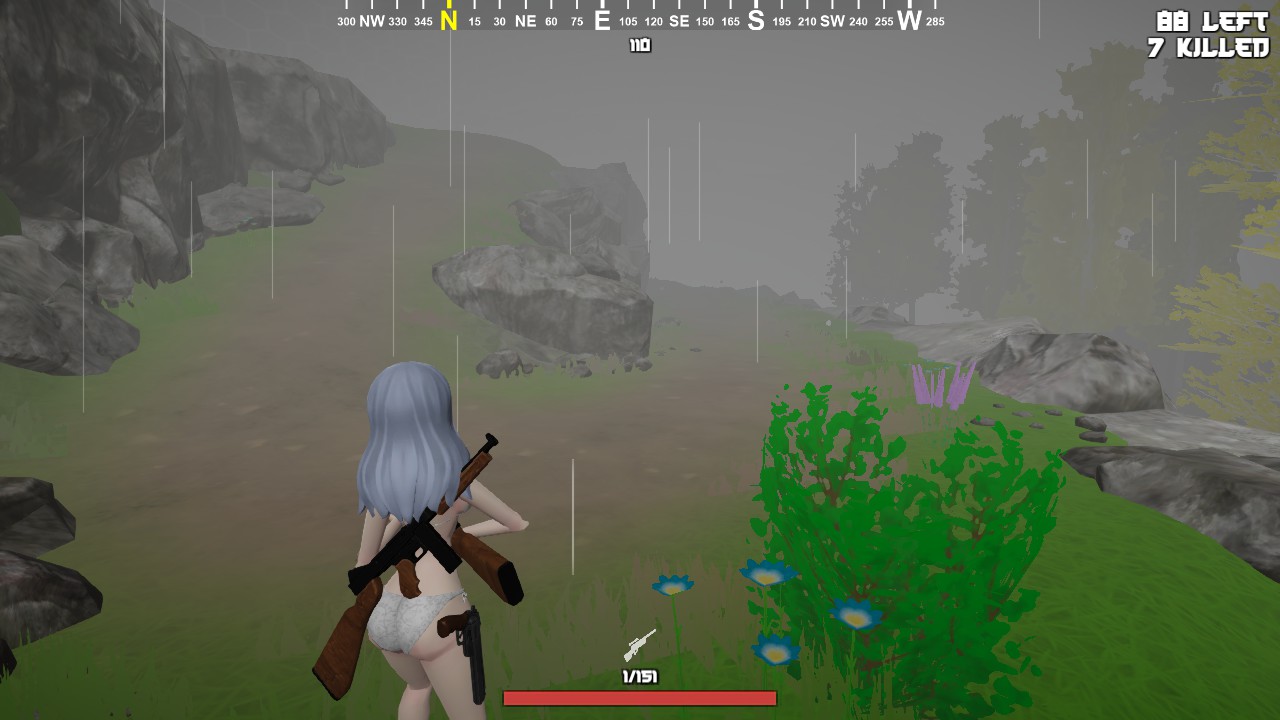 After reaching the end of the path you would see this open area. Go forward and climb the rock 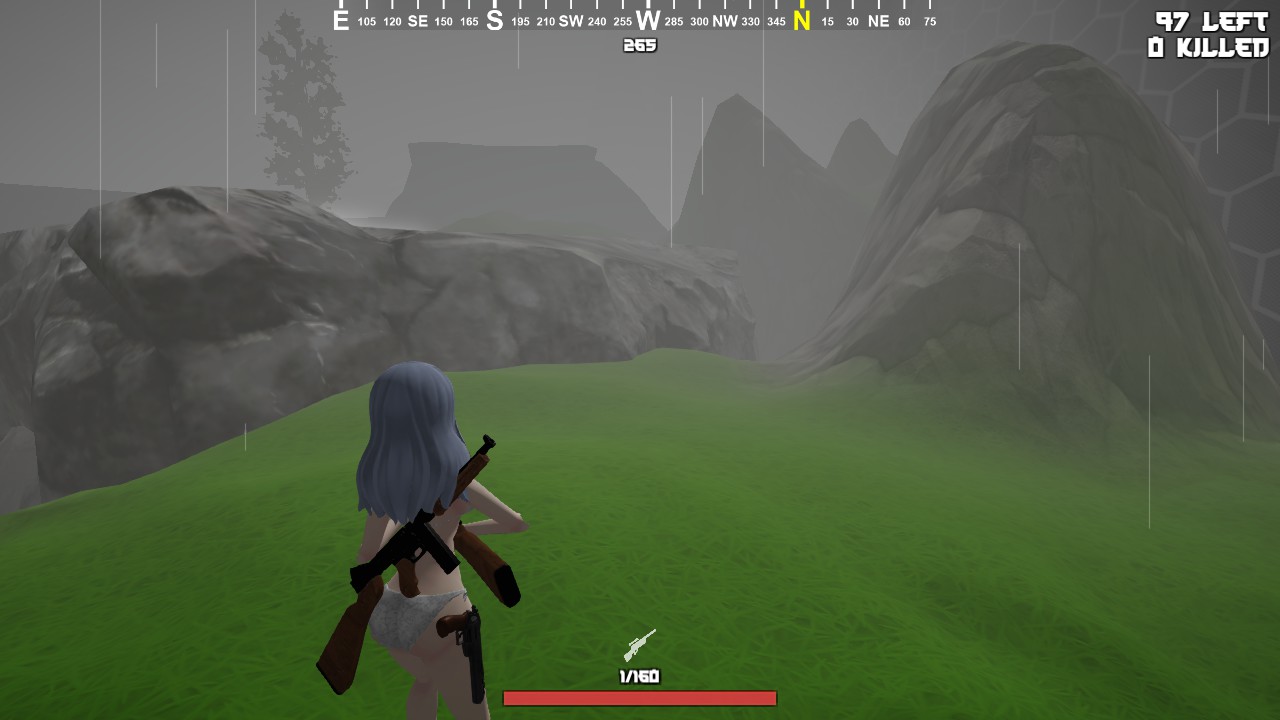 You can find out if you’re going the right path if you see the same waterfall a while ago. 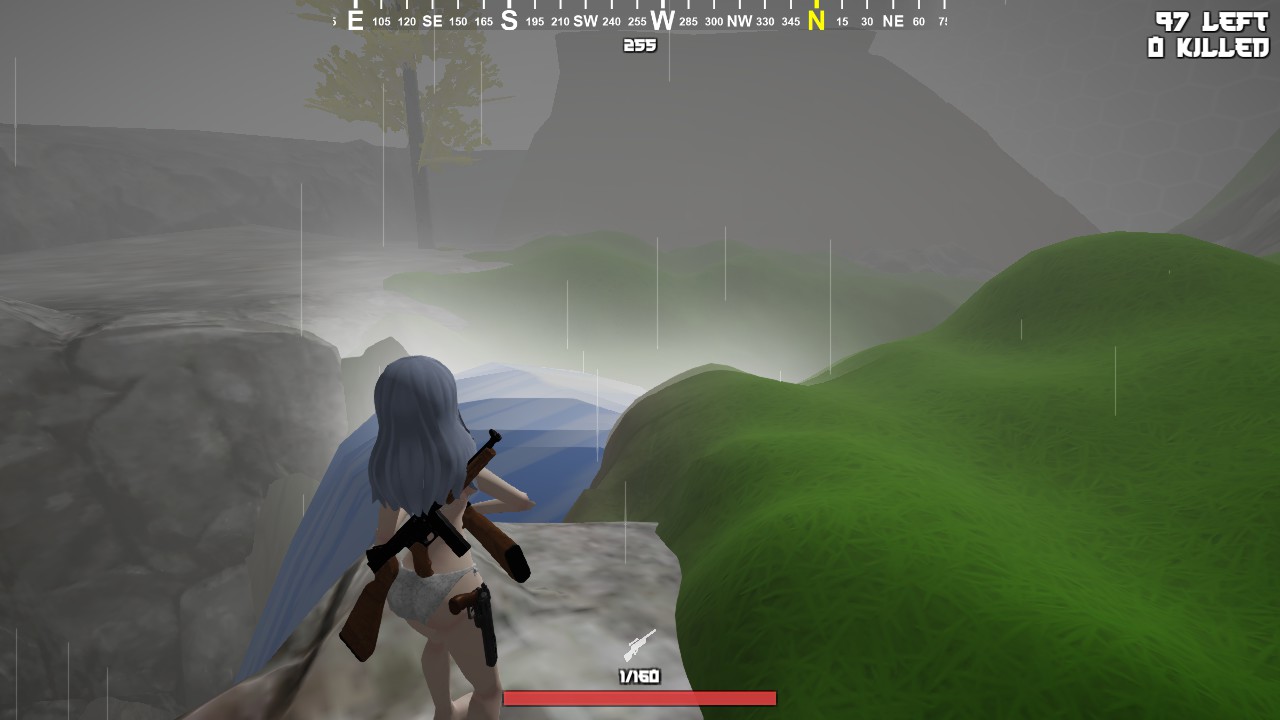 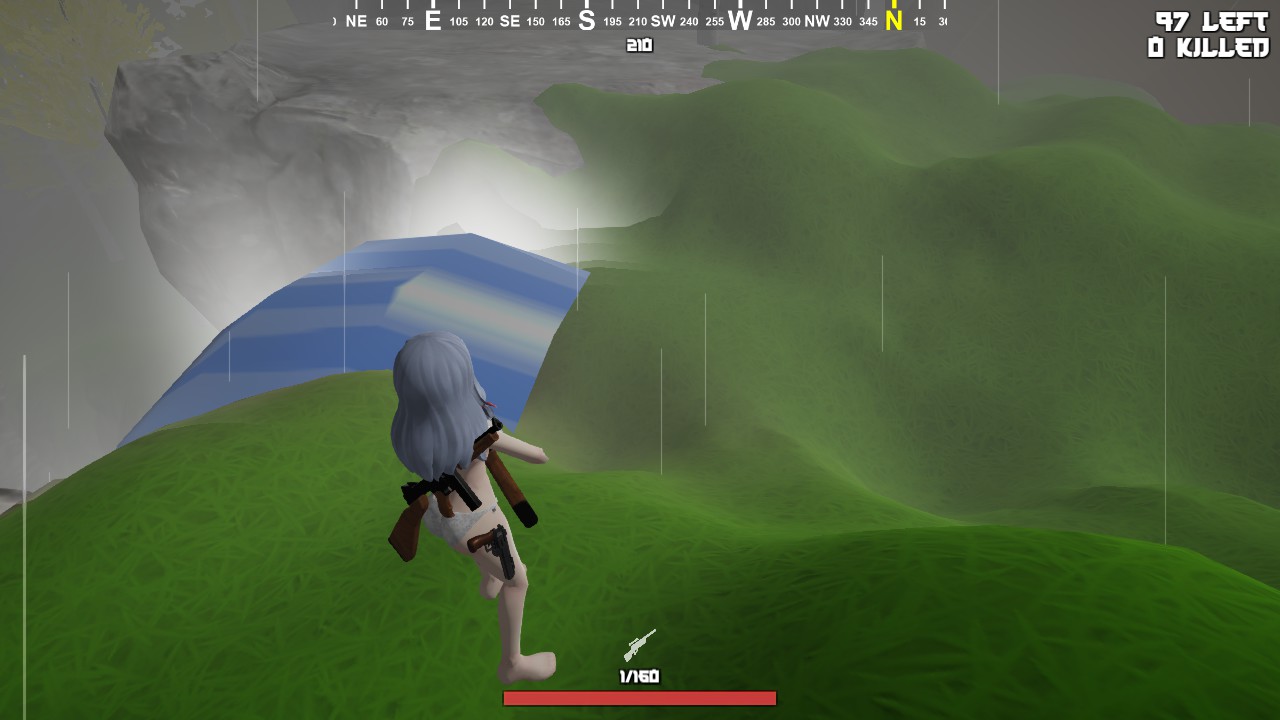 You can see the house if you go forward but don’t go jumping into the roof as the house has no collision and you can clip right through the house and you can’t get out of it unless you restart the match.

You can view the house if you go to the area on the left. 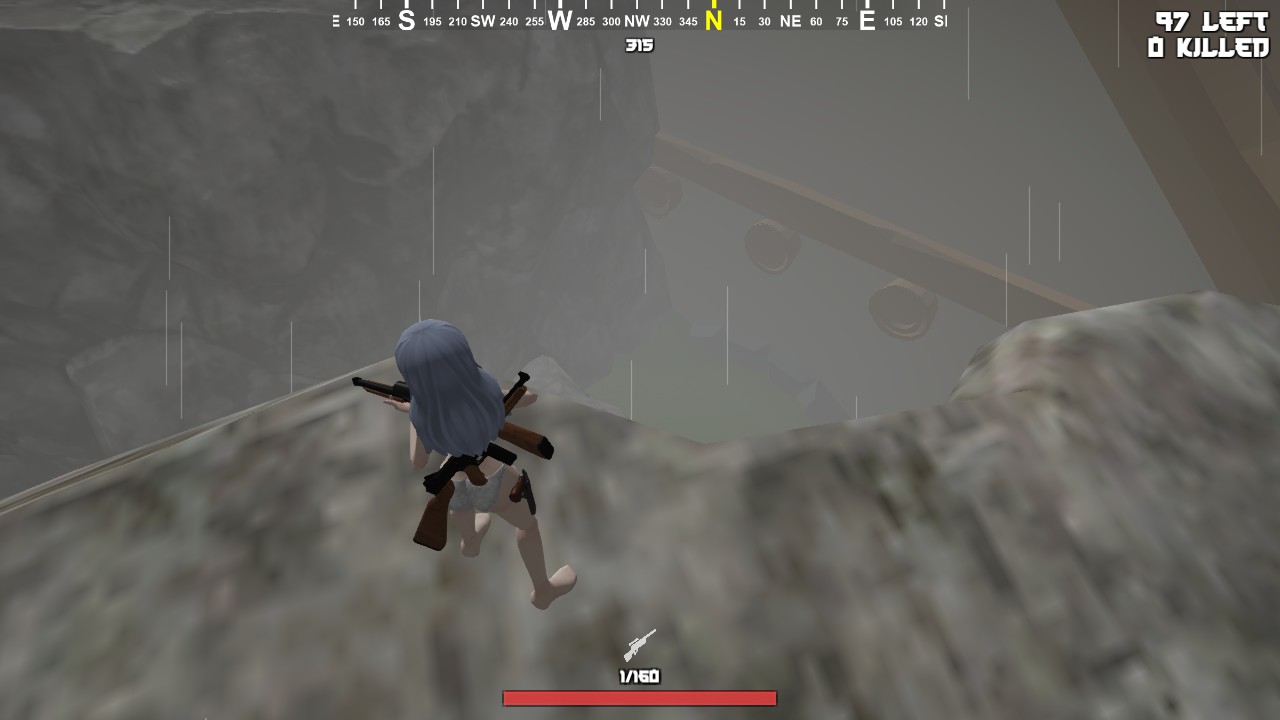 Since some of the areas in the game are barren and it’s sometimes hard to snipe enemies. The purpose I find in these areas is to regenerate your health.

There were also other areas but these were the one that struck out the most in my playtime.

Ok, so this isn’t a key component of the game but its still part of the game right?
I’ll show the description of each achievement and how to get it.

Description: First Blood
How to get it: The only thing you need to do is to get a kill, that’s it.