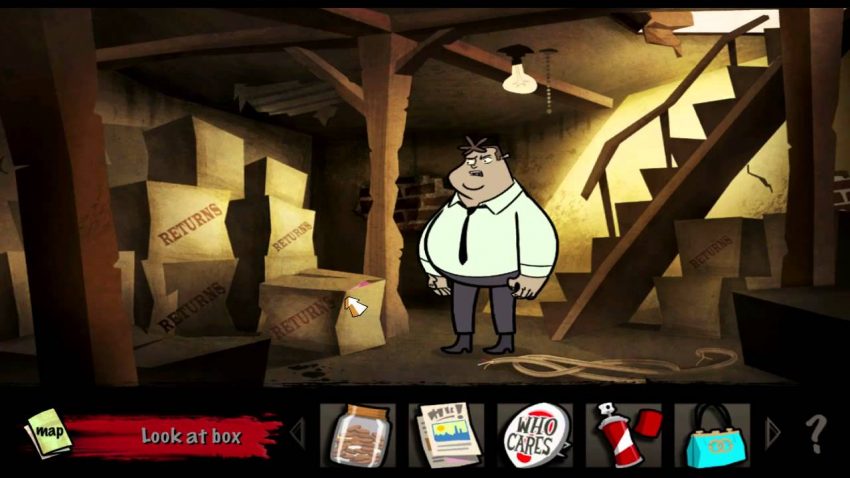 Good old walkthrough of this funny point and click game.
Hector Badge of carnage Series.
Episode 1: We Negotiate with Terrorists. 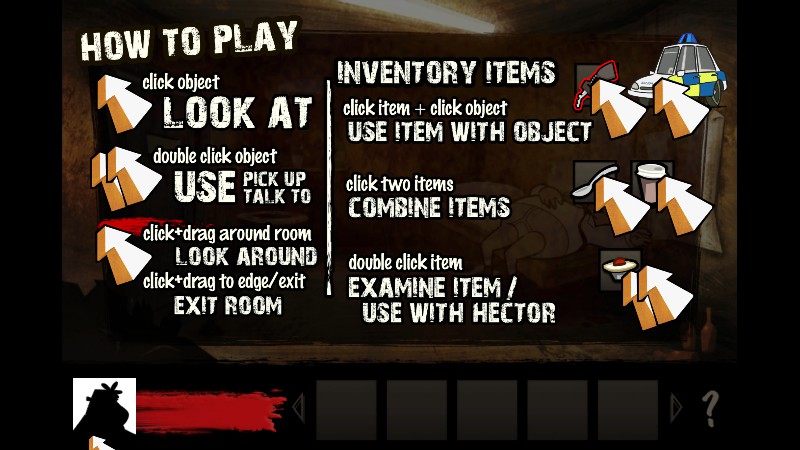 Getting out of the cell 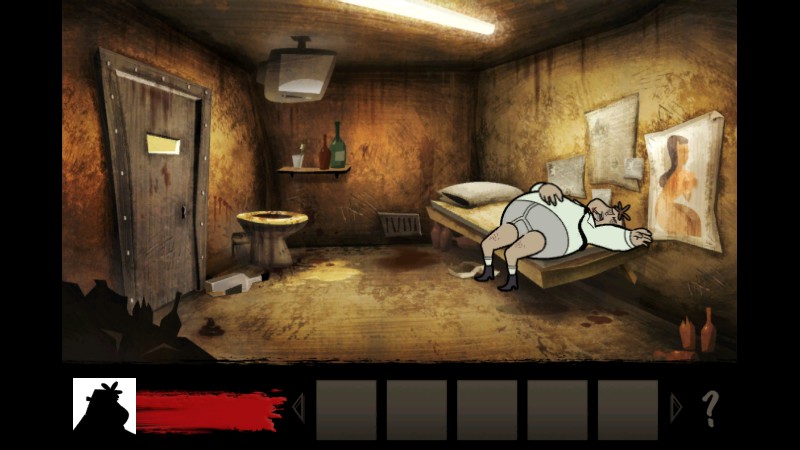 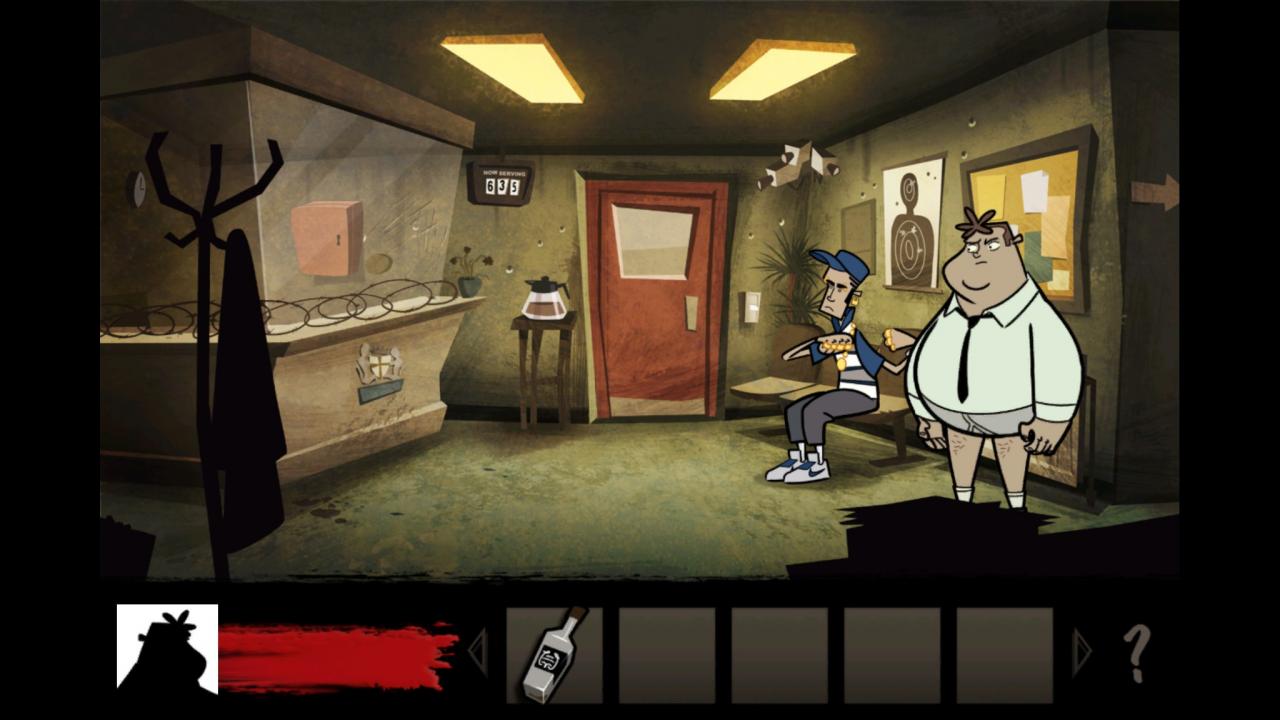 You need to convince the boy in the station to give you his pants.
Here the options that get you to it.

Get that police car open and running 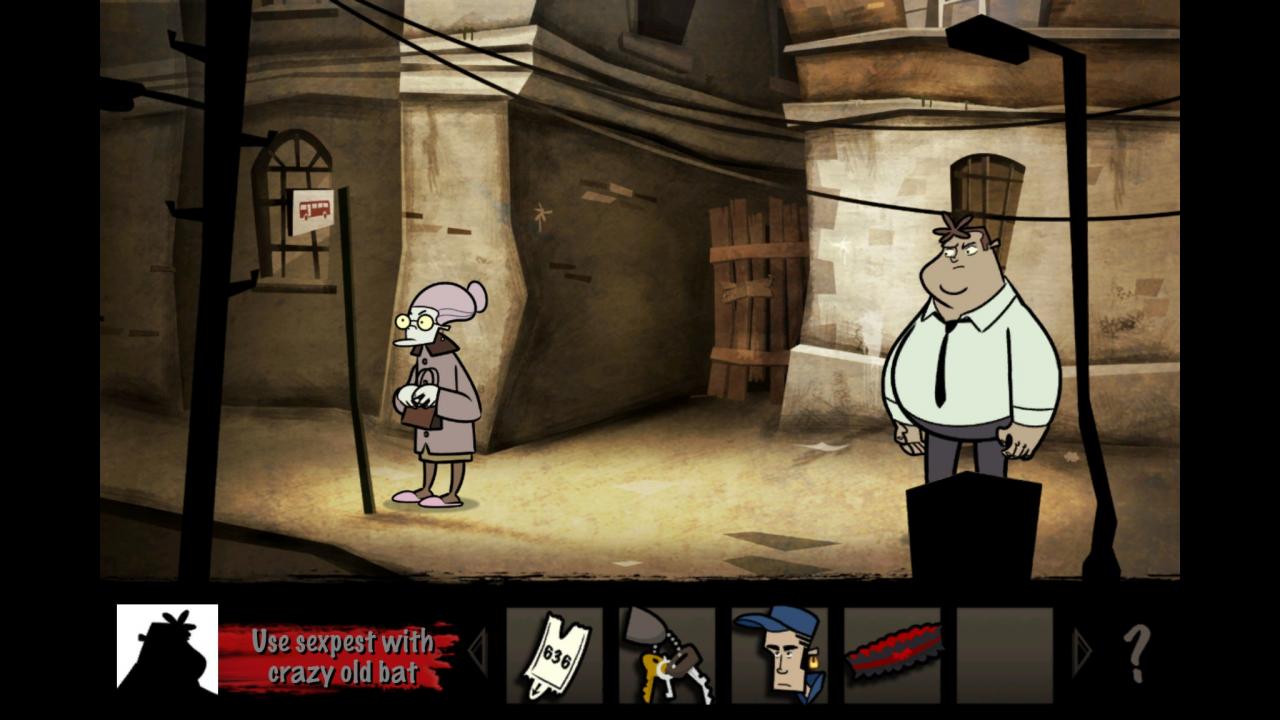 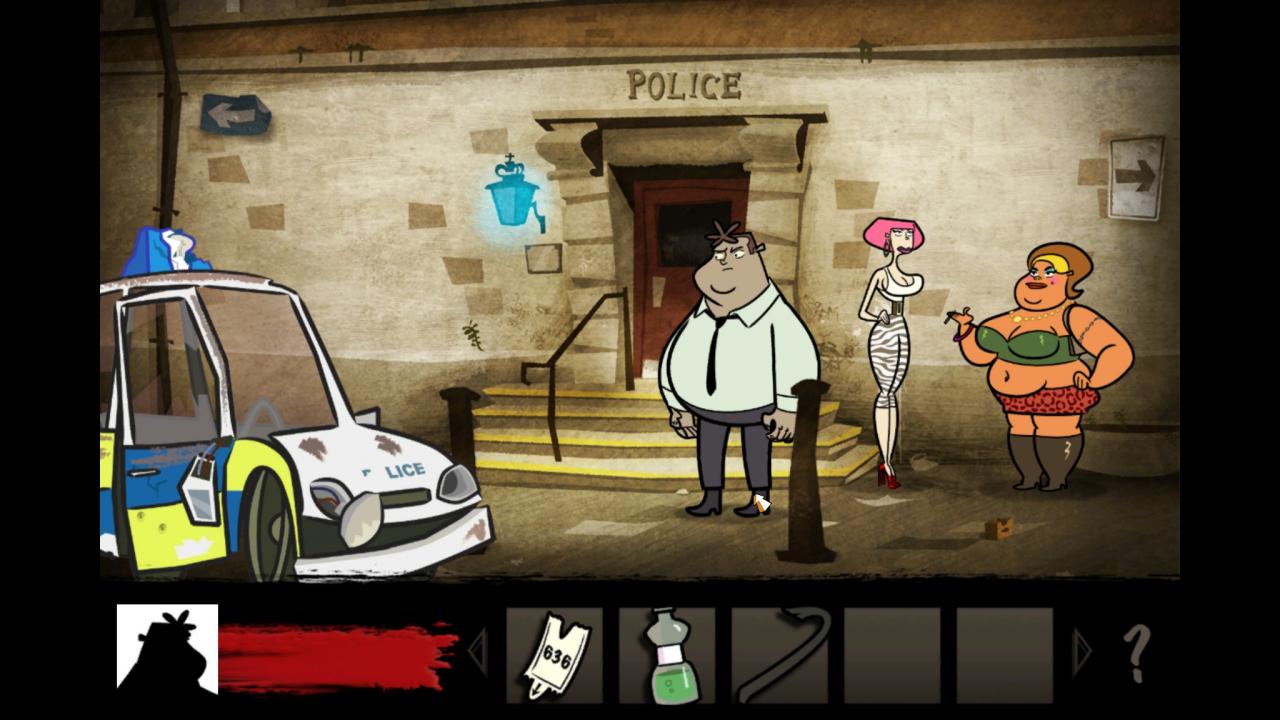 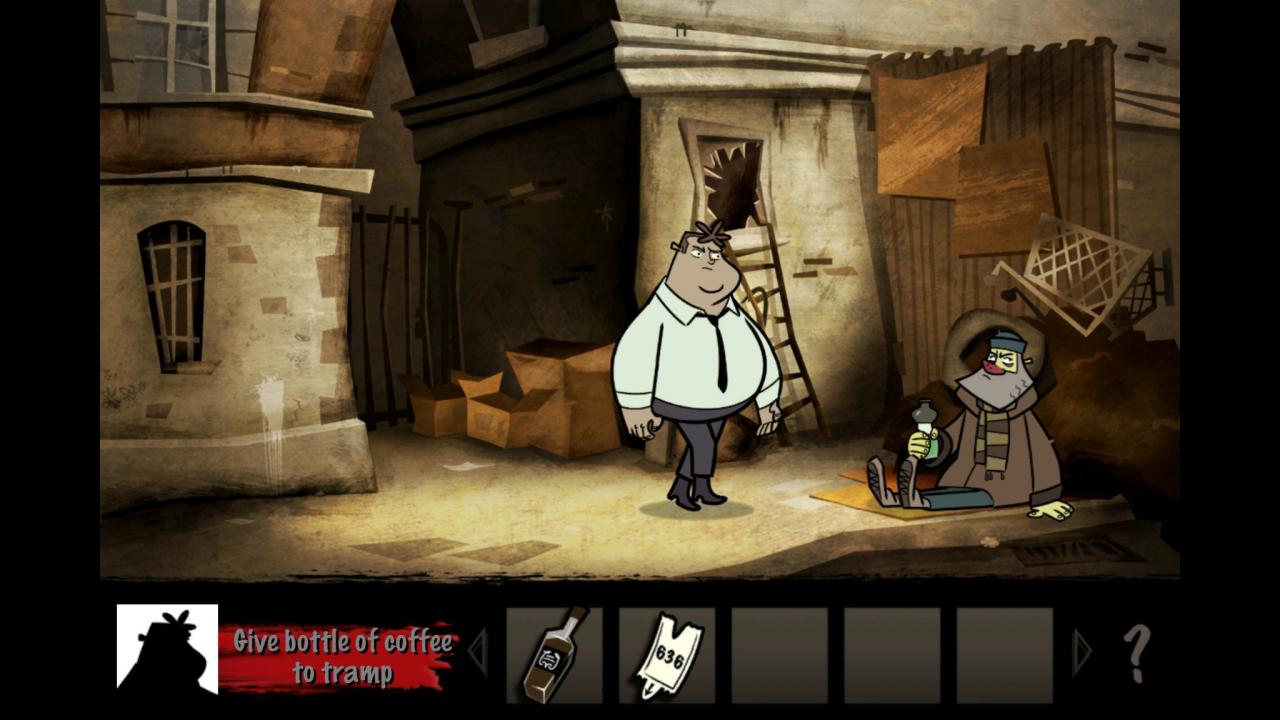 You need to open the key box in the police station to get the car keys.

Get the car running

The car won’t work, it needs a fanbelt and the battery is dead!

Optional and useless
Inventory at the end

Talking with the terrorist 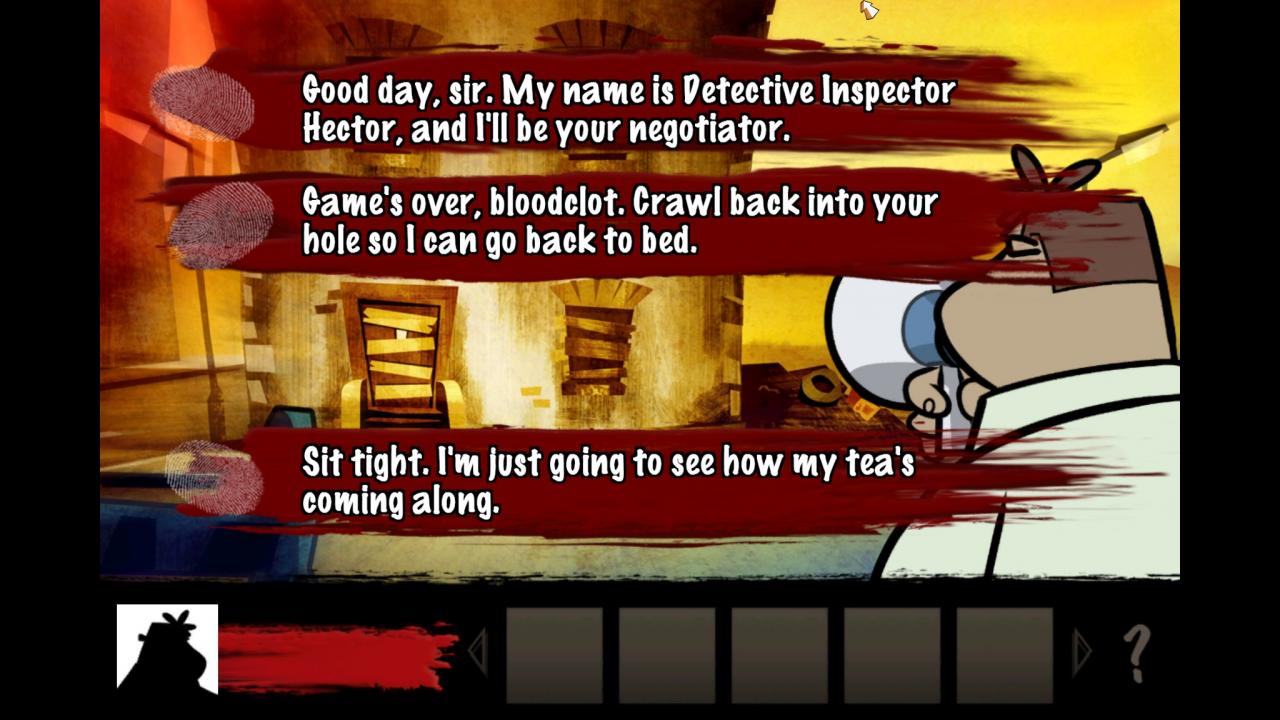 You are the chosen one to speak with the terrorist!
To get to know his demands answer the following:

The terrorist has three demands:

Empty, just as my soul.

You get a beautiful map that you can access from the corner bottom left. It looks like this: 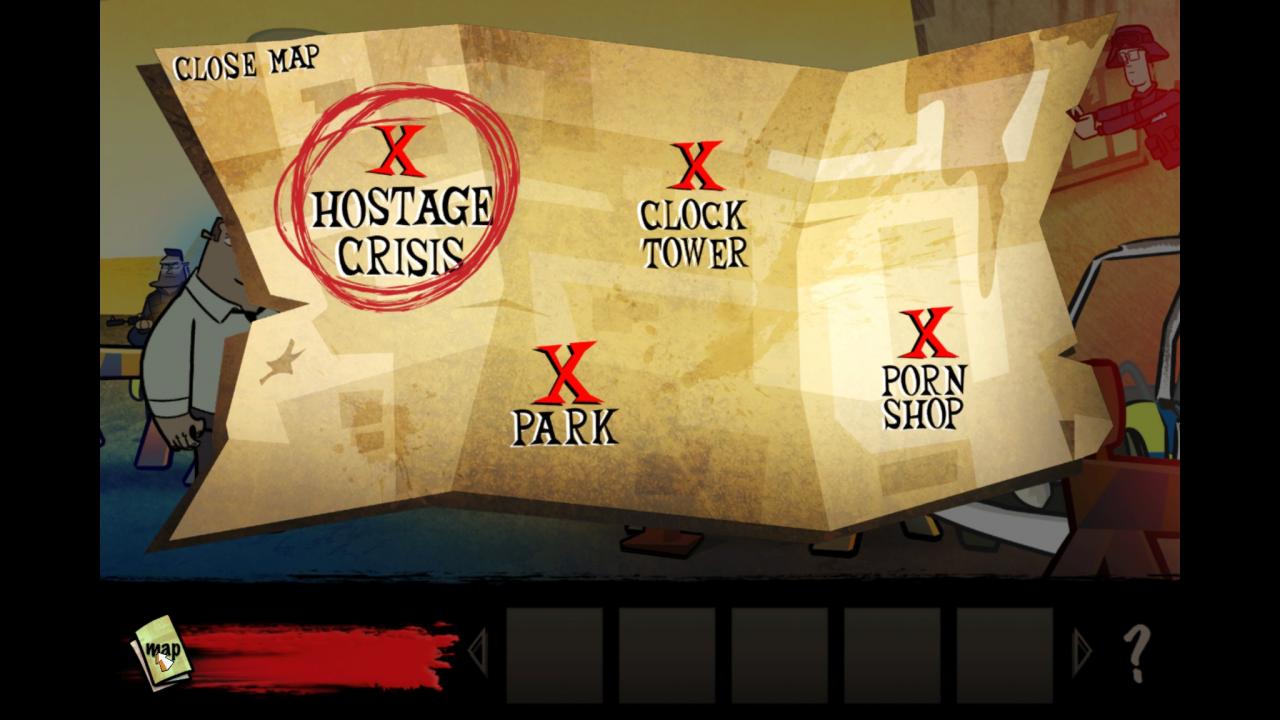 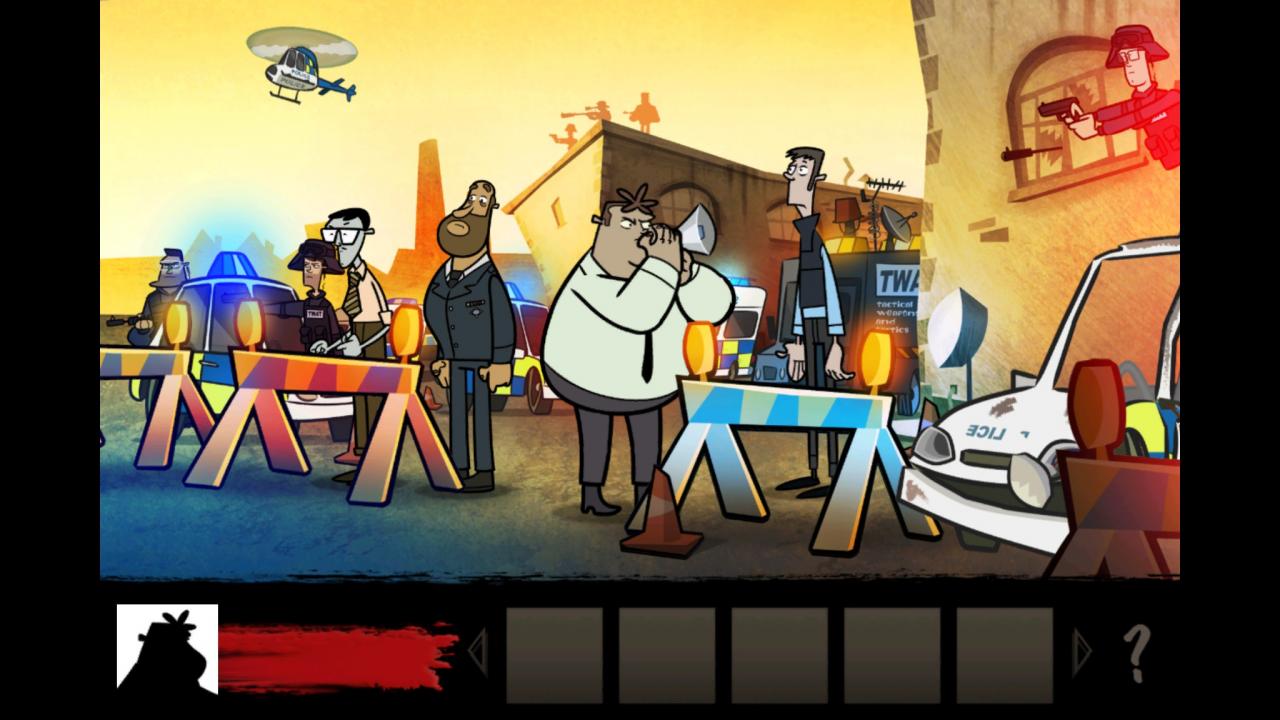 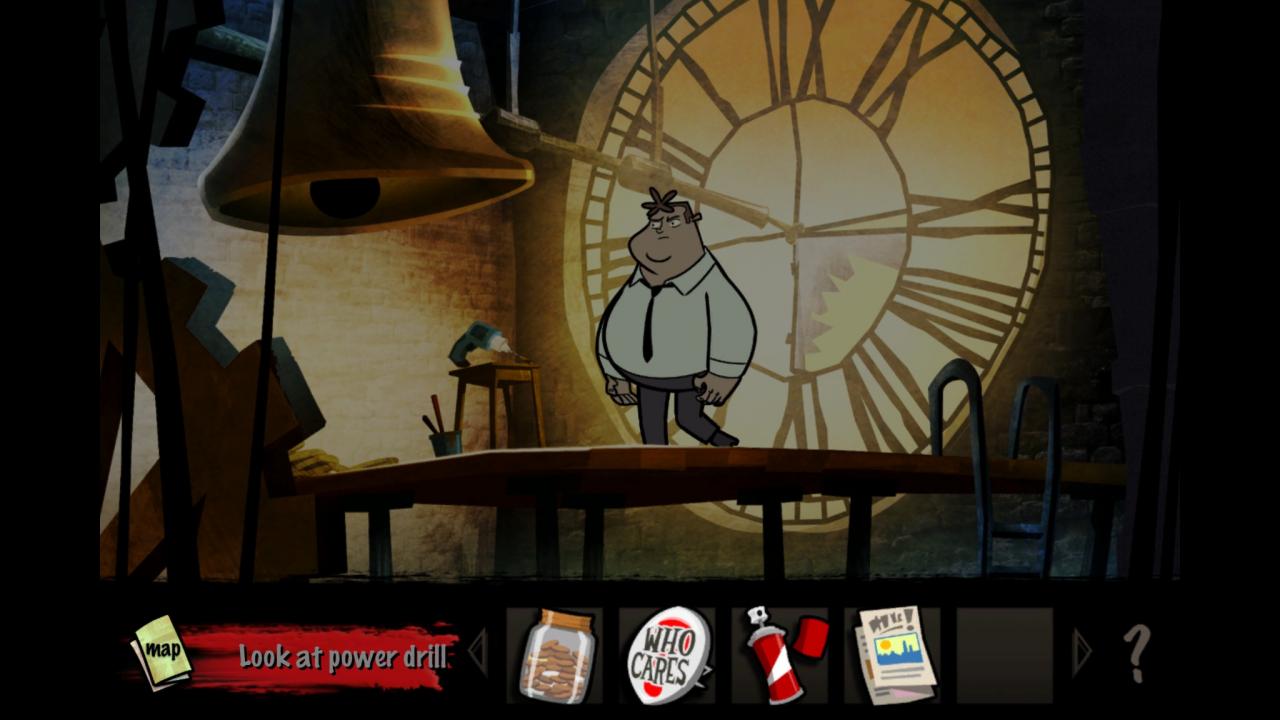 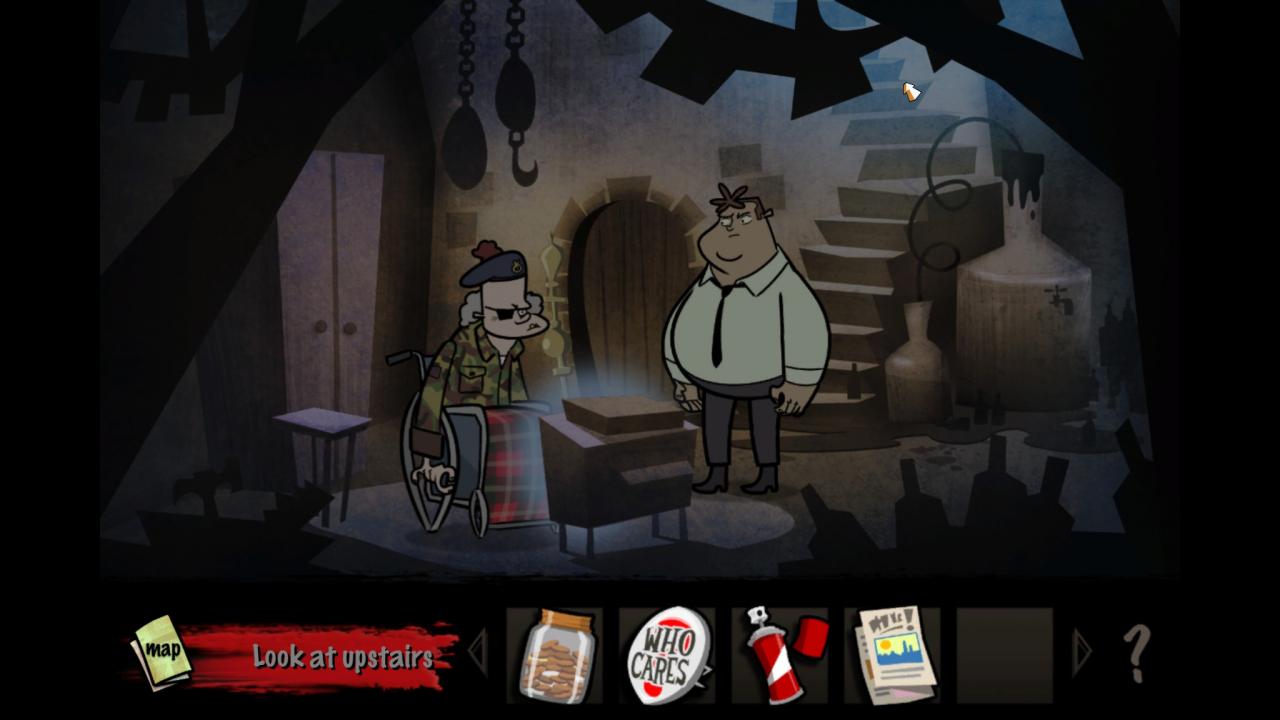 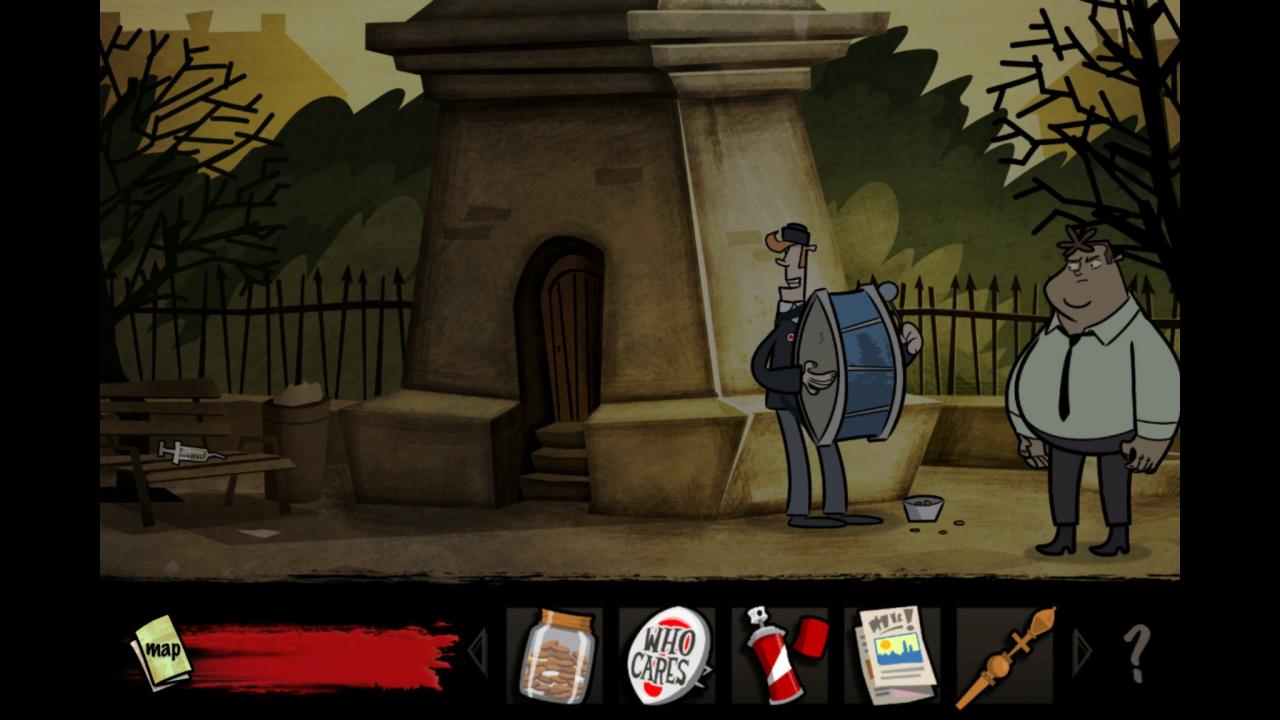 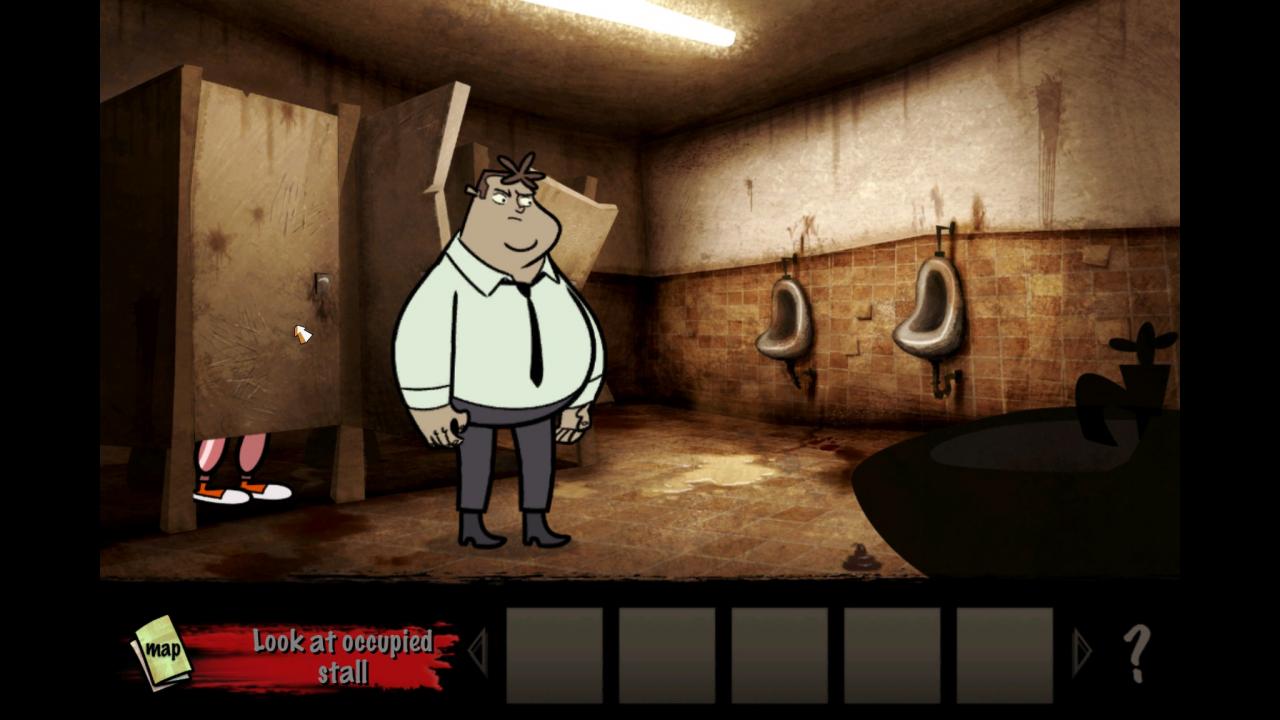 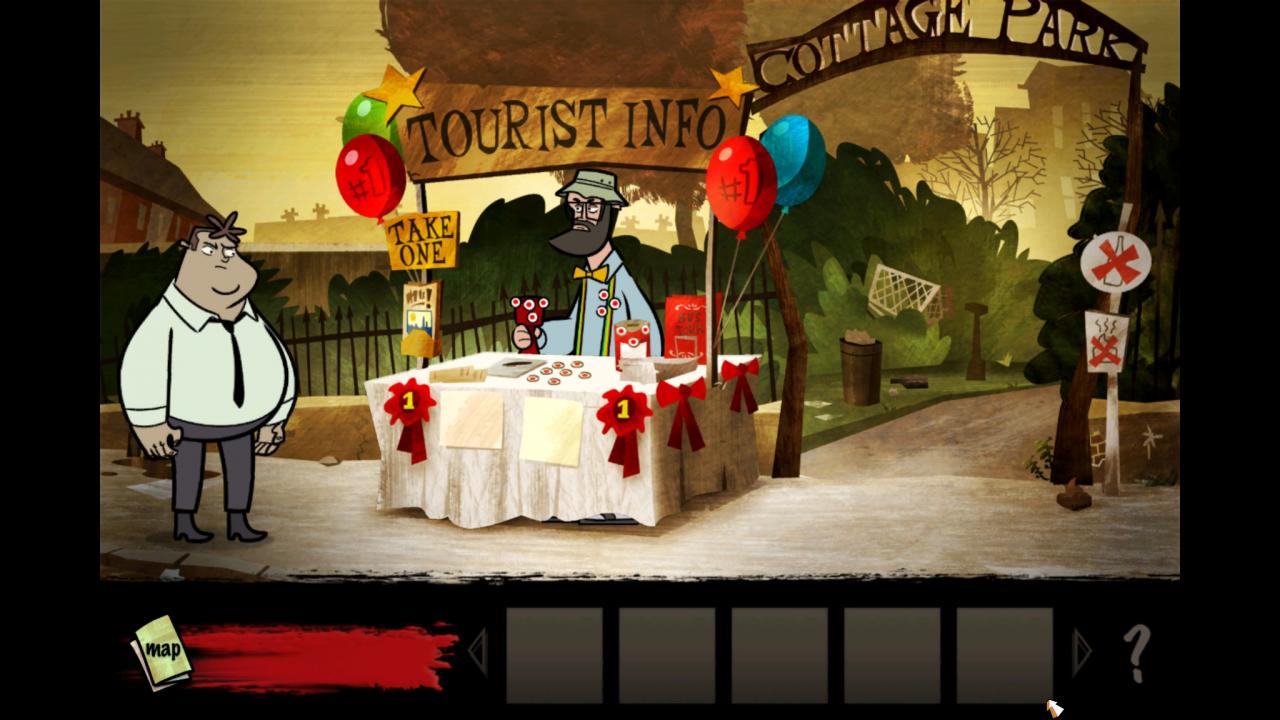 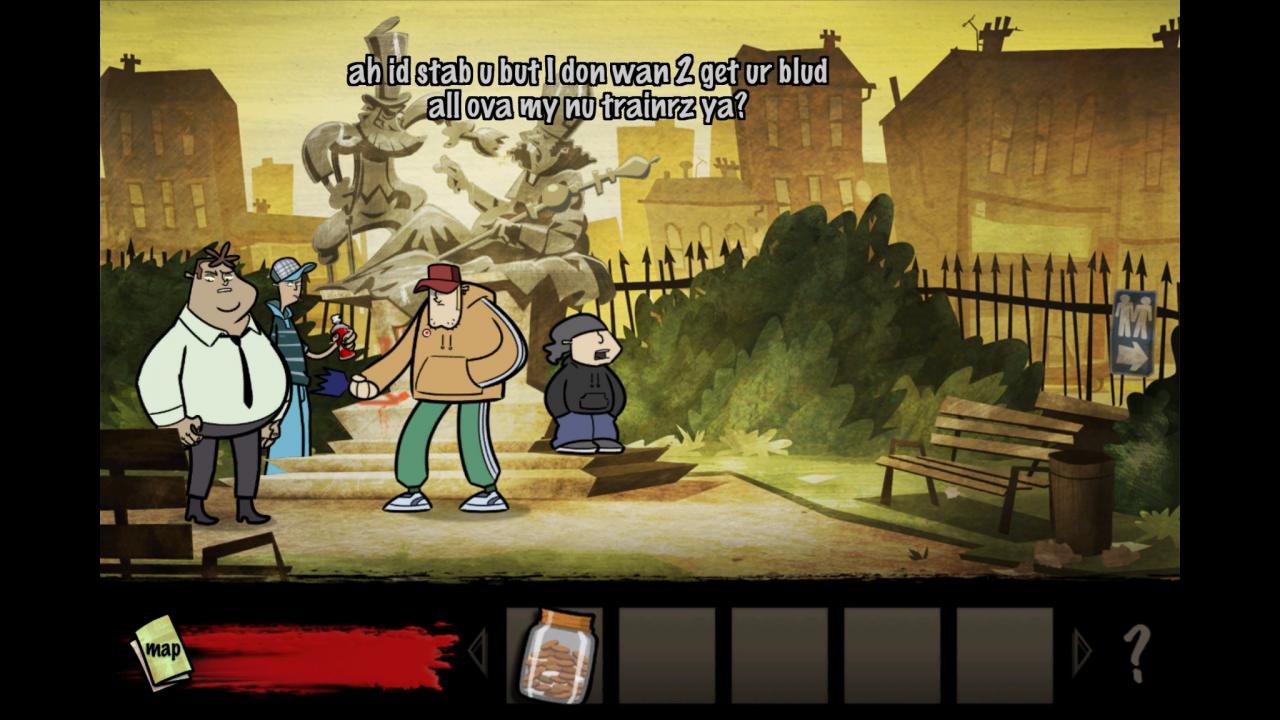 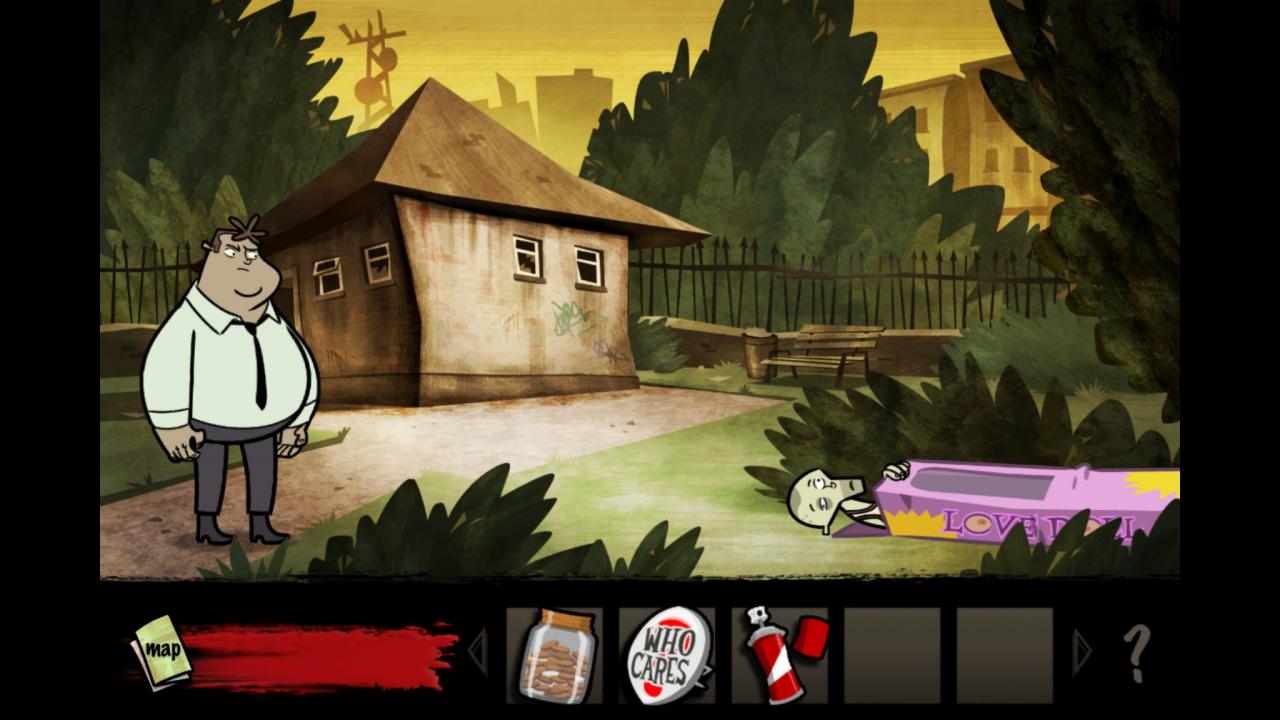 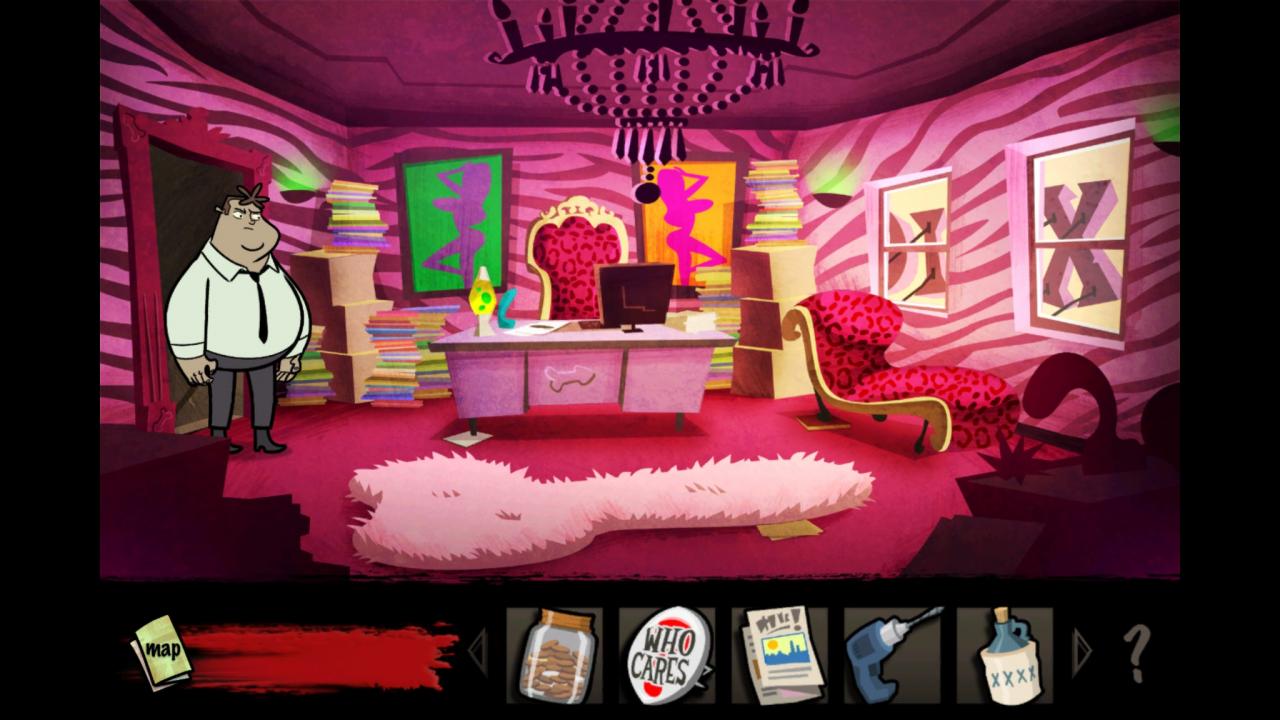 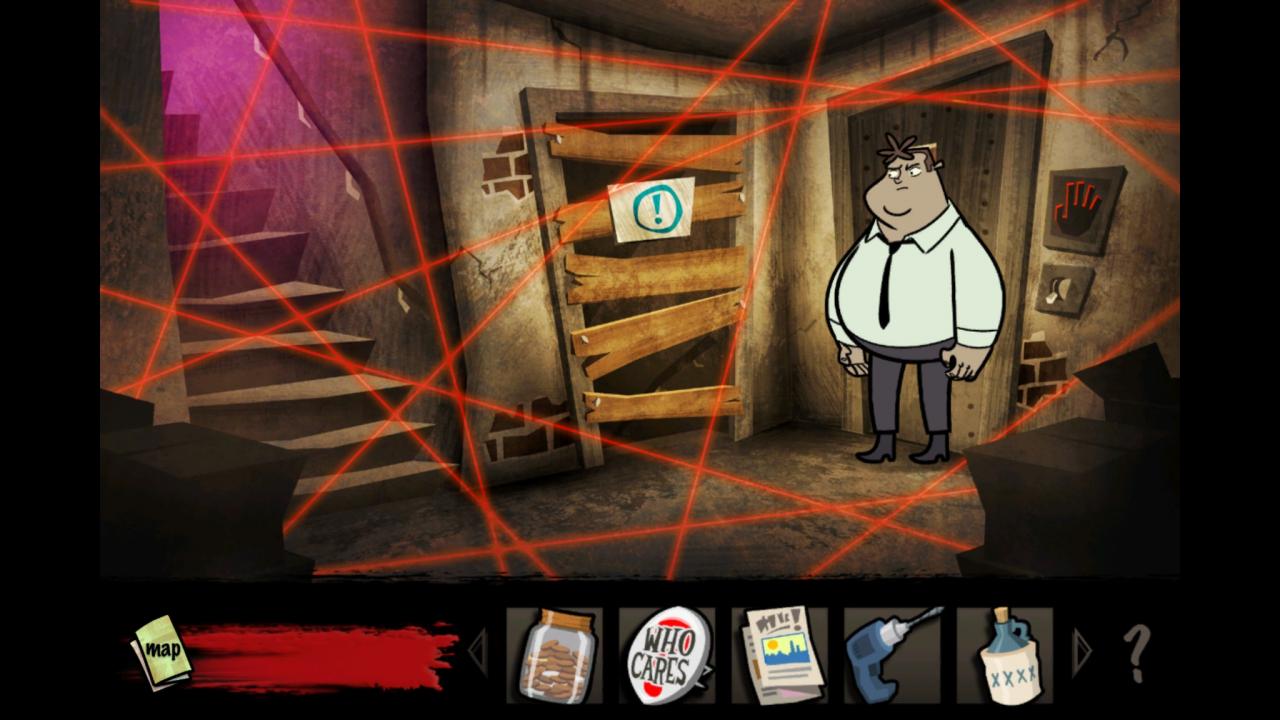 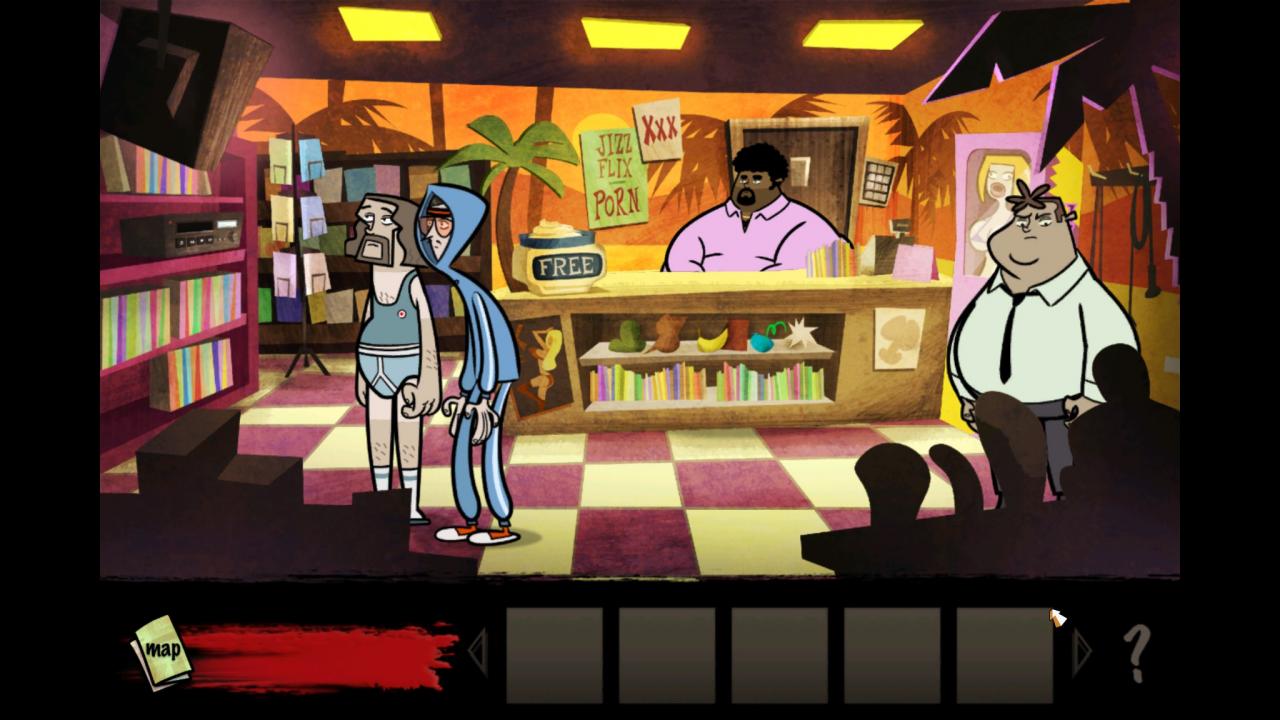 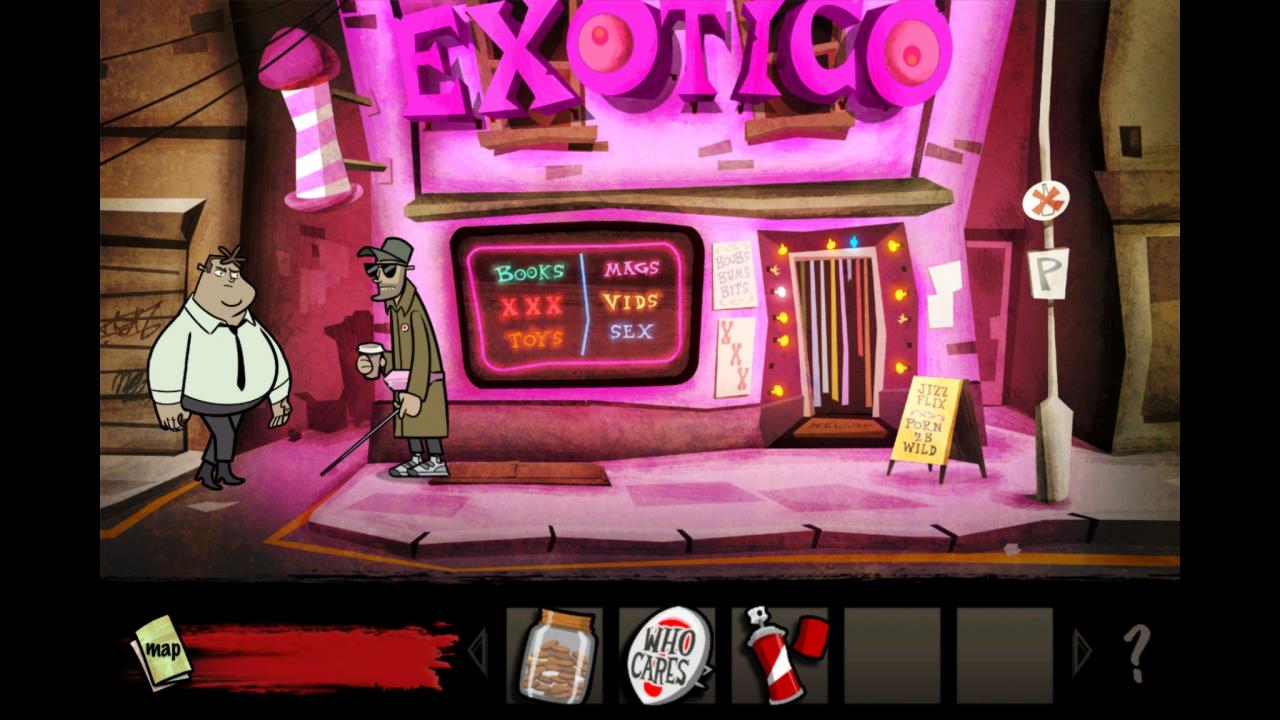 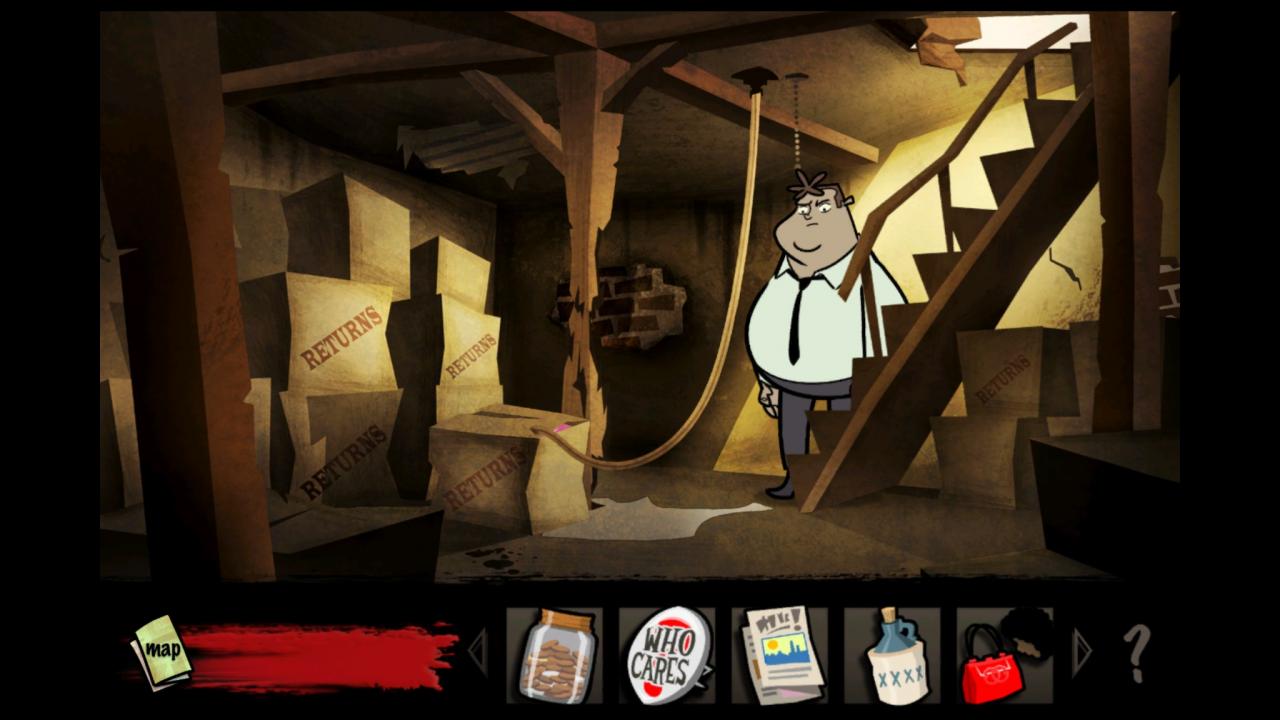