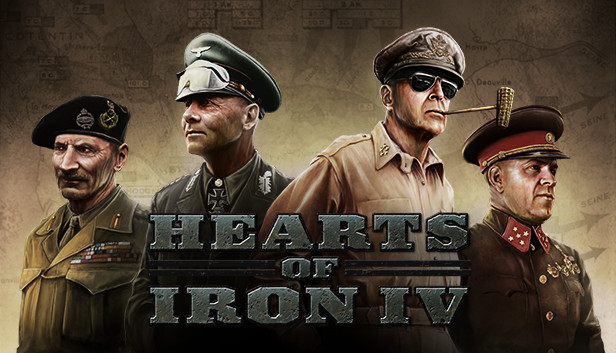 This is a guide of how to play as Guatemala in the Hearts of Iron 4 mod of Road to 56. (Note that the guide will possibly be newbie since it’s my first time creating a guide. it’s also important to note that this is working in progress, I will be updating for corrections, formatting, additions, etc.)

Guatemala in R56 doesn’t have much to bring in the table. Only having one province in the start, weak industry, and lack of resources is a pain for sure; but Guatemala can be at use for supporting their allies.

Completing the Fascist path will grant you wargoals on Mexico and every central american country except Panama. You will also get -5% consumer goods and 15% trade opinion completing the Extract Nicaragua’s Gold.

1. Reinforce the March Towards Civilization
2. Ubiquitous
3. Strengthen the Militant Society
4. Control Civil Service
5. The Final Barrier
6. Wargoals of Honduras, Nicaragua, and Costa Rica. (50k mp)
7. Extract Nicaragua’s Gold and The Berlin Mission
8. Wargoal on El Salvador They can be a bit hard to take out. (50k mp)
Optional- The Aycine treaty is kinda a waste of time as it cores Belize and it’s your decision
whether you want to conquer mexico or not. (65k mp)

If you were to complete the other path, you are granted the same bonus as the Extract Nicaragua’s Gold; you also have a choice of having 1 off-map civ and mills but the U.S. having the rights to your resources or having +10% resource gain and construction speed.

1. First 4 Focuses excluding the Aycine Treaty.
2. American Diplomacy
3. Coffee Trade Deals
4. Support the Rural Classes
5. Either Land for Investment or Cherish our Earth
6. Join the War (Requires either the U.S. or Britain to be at war with Germany)

The industry is your generic focus, but I would suggest doing civs and then mills after completing the 4 political focuses just use the industry research bonus for good use later.

All focuses combined gives you 10 civs and 4 mills. This will double whether you go the Fascist route which gives you the conquered countries’s industry, or getting 3 civs and 1 mill if you decide to choose the american diplomacy path. (Tho you have to do the Land for Investments for full effect.

This will be kinda hard as trying to build a factory only using one civ , but eventually you’ll get more once you complete either of the political paths and the industry part of the focus tree.

1. Try to make an extra civ at the start.
2. Once you get a reasonable amount of civs, make some mills.
3. If your all set on civs and mills, make some steel, aluminium, and rubber production.

You only have 3 at the start of playing Guatemala which is meh. You can gain 2 more from completing New Teaching @ Modern Schools and from the industrial boom part; but more or so likely you’ll be stuck with 4 research slots.

Guatemala is not likely to have a good chunk of troops because of lack in manpower, so how do you put your manpower to good use then. Well there’s 2 options I find useful, one is to have buff spec forces and the other mass producing aircraft. 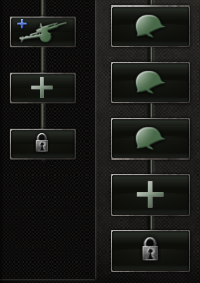 Template – This for my part did a decent job at taking out the central american countries with around 15 of them I was able to make. Tho it may struggle with the conquest of El Salvador. Try to build this template up for more defense as you may have external threats such as Mexico or Colombia.

Now if you were going to the american diplomacy path, suggest making spec forces such as marines or light tanks. Like I stated before, Guatemala will struggle with the lack of manpower; so it’s best for you to make spec forces.

Doctrine – I think either Superior Firepower or Asymmetrical Warfare will work as Guatemala.

Airforce
You have a potential to be just an air country as you don’t have as many enemies around you.
Building extra fighters for supporting the Axis or Allies would not hurt, just keep in mind that you’ll need some more fuel for your airforce.

Doctrine – Probably Operational Integrity is best if your allies are having trouble with the air war and have to take down as much of the enemy’s air as possible.

Guatemala won’t be a key player to the up coming war, but it can support either side with it’s spec forces and airforce.

Siding with the axis will allow your allies to station troops and have a airbase that is close to homeland america, allowing the axis to strat bomb factories or cripple the american navy. it may also allow them to invade through Mexico if you decided to conquer them. With the airforce you can ensure that the axis have green air most of the time.

Since more or so likely the allies would have complete naval dominance, you can start using your marines to invade ports or the enemies mainland. (I know I didn’t say much compared to the axis, but you won’t have the industry and manpower compared to the fascist path.)

That’s all we are sharing today in Hearts of Iron IV Guatemala Guide (R56), if you have anything to add, please feel free to leave a comment below, and we’ll see you soon.
Credit to DIDIER-BUGATTI