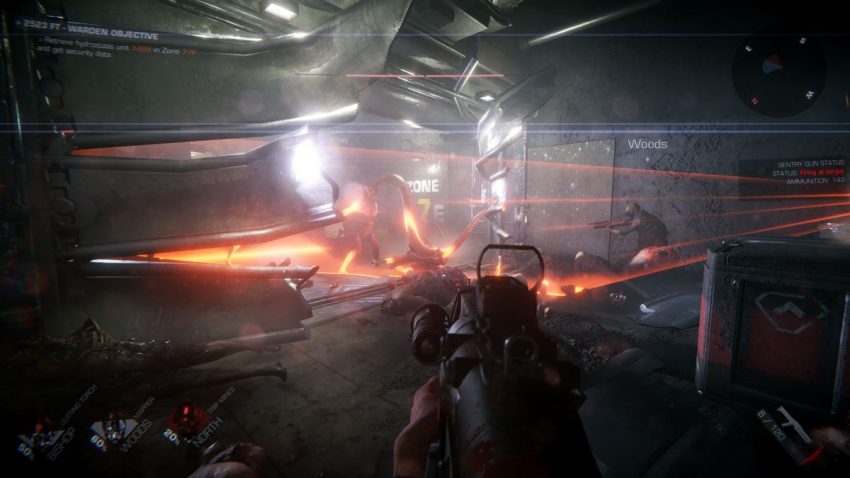 For GTFO players, this guide provides an overview of the weapons in GTFO with details explained, you can learn information about the weapons here.

Your primary weapons in GTFO.

These weapons fill the 1st slot in your inventory and are intended to be used against weaker enemies.
Typically these weapons carry a good supply of ammo and when refilling them using ammo packs you will ALWAYS recover approx 20% max ammo.

Against stronger enemies they typically lack the raw damage to stop them and will use up large amounts of ammo to get the kill.

For large threats, use your SPECIAL weapon (unless its empty) 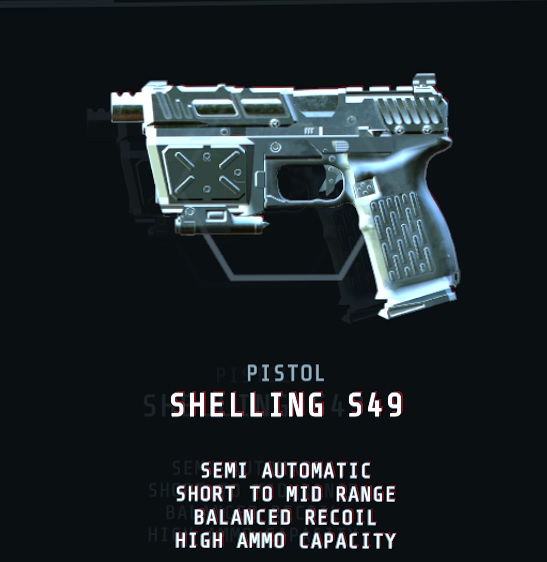 The basic pistol of GTFO. As a default weapon it is always available to players.
Actually deals high damage per shot, the 3rd highest of any primary in R6.Features low recoil, fast reload speed, a large ammo pool of 165 total rounds and clear iron sights. Its only downside is being semi automatic.

An extremely efficient gun that rewards accurate shooting. One of the best default weapons in the game for beginners and veterans alike.

Don’t let anyone tell you otherwise. 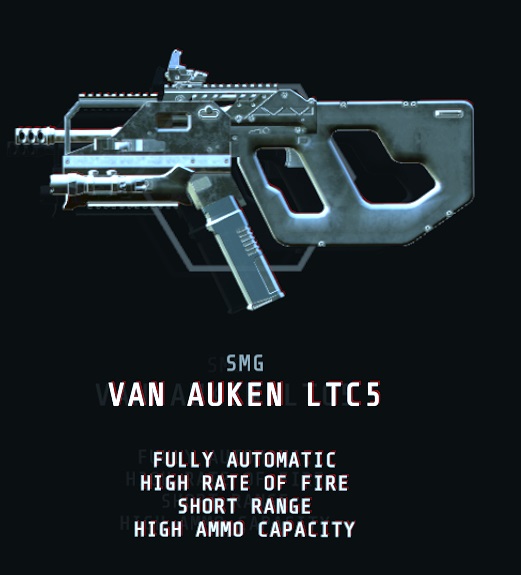 Unlike the Machine Pistol thee SMG is always available, has higher base damage and a slightly longer effective range.

A favourite of speed runners, quickly eliminates small enemies at close range and in a pinch can maybe finish off a giant. 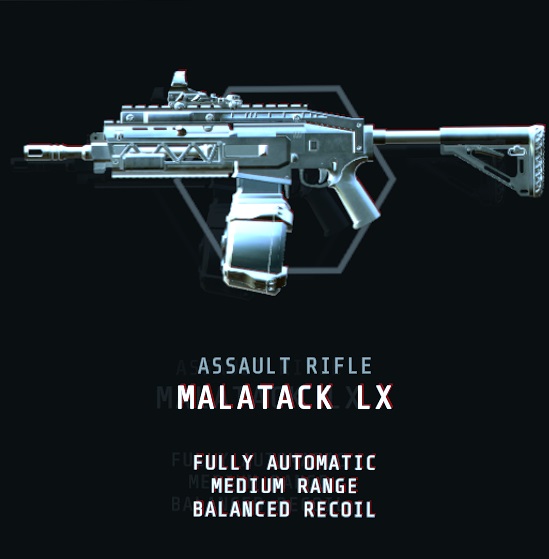 The basic Assault Rifle of GTFO.

Quite possibly the most perfectly balanced gun in the game. 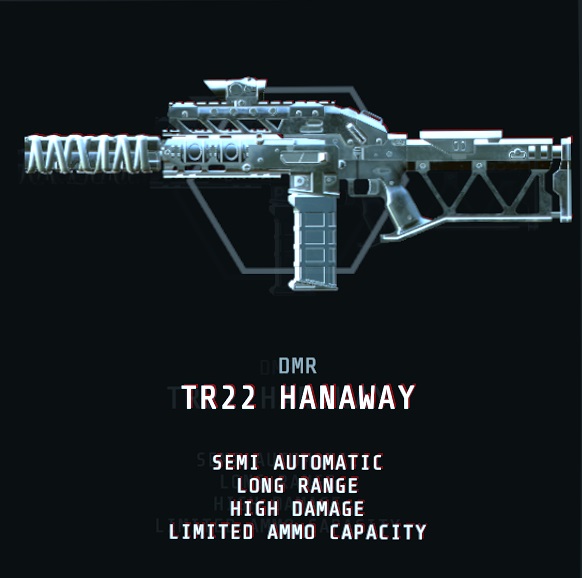 Packing a 2x T-scope the DMR is the only truly long range primary weapon on offer.

With basic damage 2nd only to the HEL revolver and a gigantic effective range of 50 meters! (most rooms in the game are no where near this big) The DMR will reward accurate headshots on small sleepers with instant kills.

Of course this long range power comes at a price.

Also the headshot damage is not enough to take on giant enemies, rapidly depleting your limited ammo reserves. Your secondary weapon choice will be critical to your survival when using the DMR.

Ultimately the DMR is a very situational weapon and somewhat of a meme in the GTFO community.

Personally i feel the DMR has far to many downsides and harshly punishes inexperienced players who take it over the basic pistol. 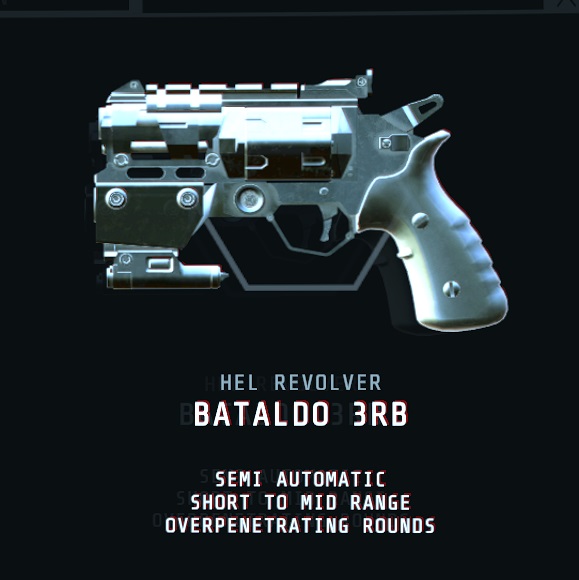 The HEL revolver has the highest base damage per shot of any primary weapon available in R6.

Not only does this weapon have a large ammo pool of 100 rounds, it is pin point accurate when aiming and, like all HEL weapons, has the unique ability to penetrate targets for full damage…friend or foe (so don’t hit your team by mistake) The iron sights are clear and clean.

The downsides of all this power are a heavy recoil, a short effective rage (damage starts to fall off rapidly beyond 10 meters) and with only 8 rounds in the chamber extra care must be taken not to miss or be overrun by groups of enemies while reloading.

Currently the HEL revolver is the only primary weapon available that can penetrate multiple targets. Much harder to use than the basic pistol but in the right situations, utterly annihilates groups of enemies. 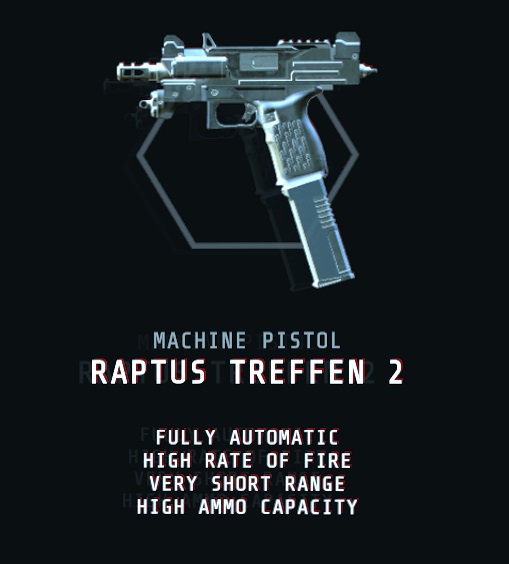 The Machine Pistol has the lowest damage per shot of any primary weapon, however it also has the highest fire rate, magazine size (50) and ammo pool (nearly 550 rounds) Its recoil is very light, the iron sights are simply a clean dot.

Holding the trigger will dump its magazine in just under 2 seconds, shredding any small enemies on top of your team but its low damage struggles to take down giants.
Completely useless for targets over 5 meters away this gun is specifically designed for point blank engagements.

The extreme rate of fire causes it to “stagger” and stun lock sleepers of any size. Allowing a steady handed user to slow waves of enemies down and help keep the team safe from hordes.

A great support weapon for close combat. A long range secondary weapon is highly recommended to compensate for the Machine Pistols flaws. 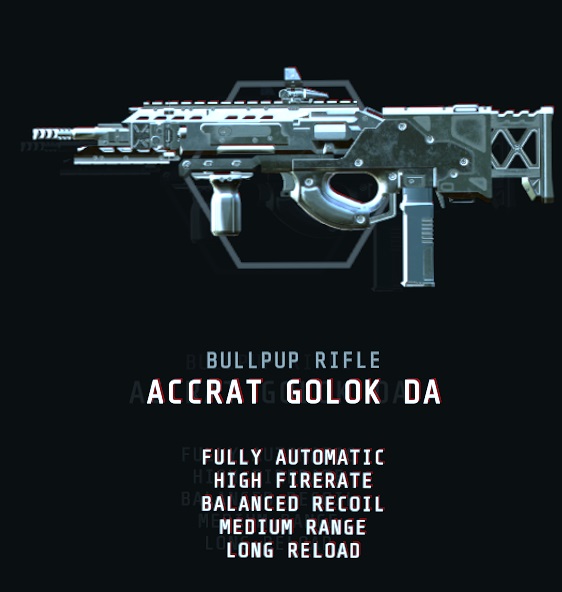 The Bullpup is a combination of SMG fire rate and Assault Rifle damage/range.

Featuring one of the highest fire rates of any primary weapon paired with good damage, almost zero recoil and a yellow triangle scope. The Bullpup is a very strong weapon that will effortlessly eliminate any sleeper in seconds.

However this causes it to rapidly consume its ammo pool (350 max), also its reload animation takes slightly longer than any other primary leaving you vulnerable in prolonged battles.

Use it in short controlled bursts to deal serious damage…and preserve your limited ammunition. 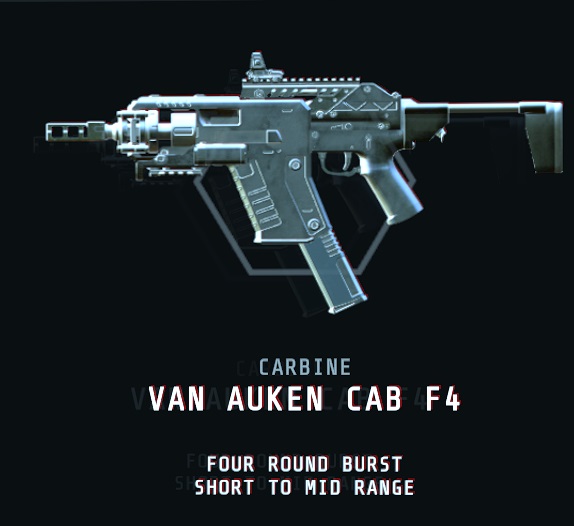 The basic SMG in 4 round burst configuration.

This makes the Carbine a more precise weapon than the SMG, with almost zero recoil…However if you do miss, you are going to be losing a lot of ammo.

If the default SMG doesn’t “feel” right to you, try the Carbine. 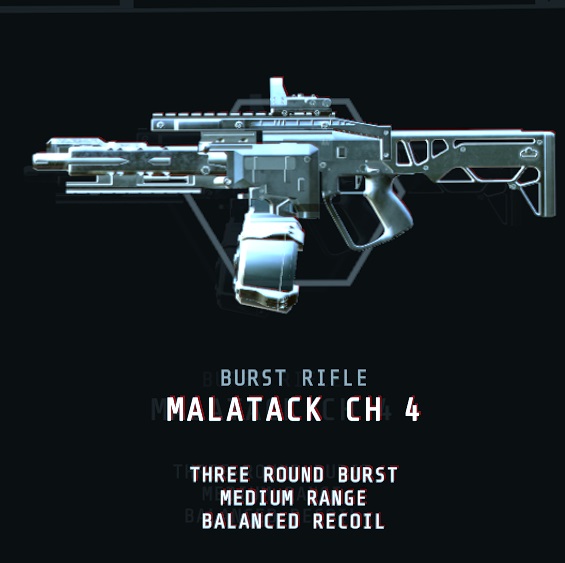 The default Assault Rifle in 3 round burst mode with a blue reflex scope.

Much like the Carbine, this weapon will be personal preference. Burst mode makes it harder to use at close range but improves your long range accuracy.

(Personally i don’t use this weapon, standard full auto fire is far more versatile than fixed bursts but its your preference) 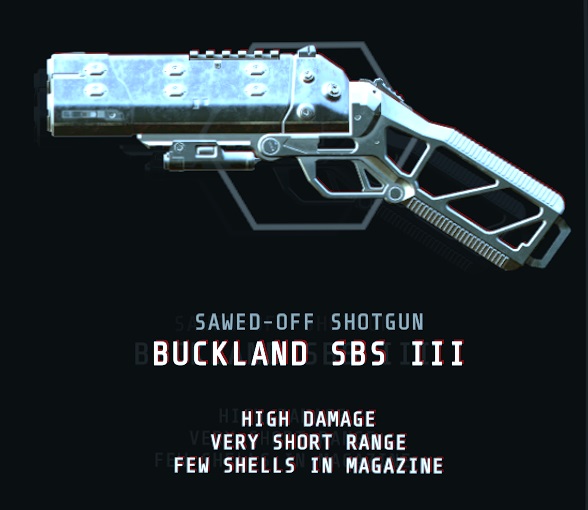 A point blank range boom stick. The only shotgun available as a primary weapon.

The triple barrelled Sawed Off is totally unique. With a wild pellet spread its effective range is 1inch (2.5cm) but it will instantly kill all small enemies at this range.

With damage potential high enough to kill a scout with a headshot…although if you are getting that close to them you really should just use your melee weapon.

Giant enemies also take good damage from the sawed off but again, you are putting yourself in great danger getting so close to a giant sleeper.

Its a fun weapon with clear iron sights (not that it needs aiming) 50 max ammo and strong recoil. Not very practical but not as unforgiving as the DMR.

The guns that fill your 2nd inventory slot.

Weapons in this category are intended to deal with the larger threats you will encounter.
For the most part that means they will deal big damage and have low ammo pools.

Anytime you use an ammo pack you recover approx 30% max for secondary weapons IN ADDITION to the 20% refilled on your main. Any excess ammo is lost forever.

A pro tip is to try keep you ammo pool balanced, every 20% you use on your main try to use 30% on your secondary. This helps your team get the most out of every ammo pack. 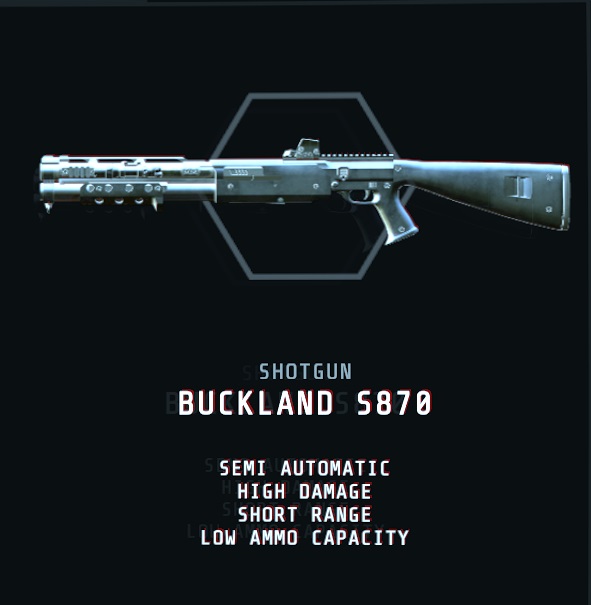 Holds 28 shells max, clear reflex sight, deals very high damage but only at point blank range where all the pellets will hit.

A strong weapon capable of slaying giants and groups of small strikers but dangerous to use because of its low effective range, slow reload animation and fire rate.

Also be aware that after you reload, there is a 1-2 second delay after the “pump” animation before you can fire this weapon again. Bug or not, this delay will get you killed if you don’t expect it. 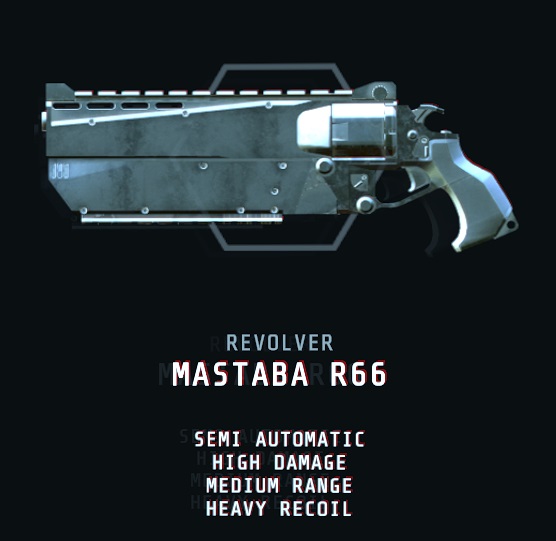 An odd special weapon, the revolver only deals “high” damage on head shots. Which will instantly kill all small enemies and will tickle large ones.

Hold around 60 bullets, has heavy recoil per shot, clean iron sights and a good effective range. This weapon excels at sniping small sleepers. While its not particularly effective against giants it does have a good ammo pool letting you fan the hammer when needed. 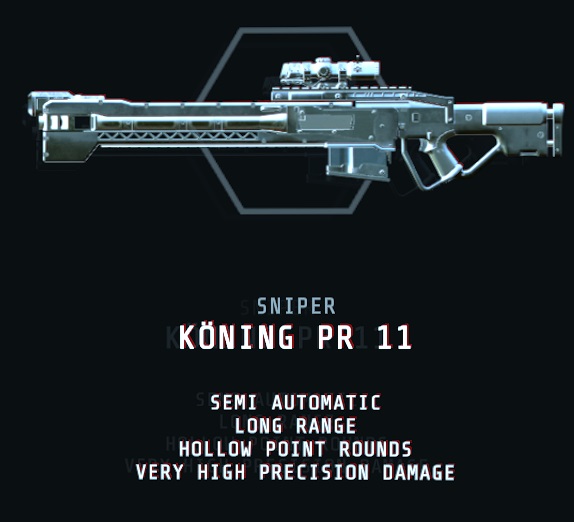 Unlike the DMR this is the real marksman’s rifle.

Capable of instantly killing any giant with a head shot at any distance the sniper rifle specialises in dealing with dangerous ranged enemies which populate the deeper missions.

While it only carries around 20 shots max, every one of those shots should be a head shot kill. Body shots and misses will cost you dearly.

Utterly useless at close range because of its 2.5x scope, high recoil and 3 round magazine.

Your main weapon choice needs to compensate for this. 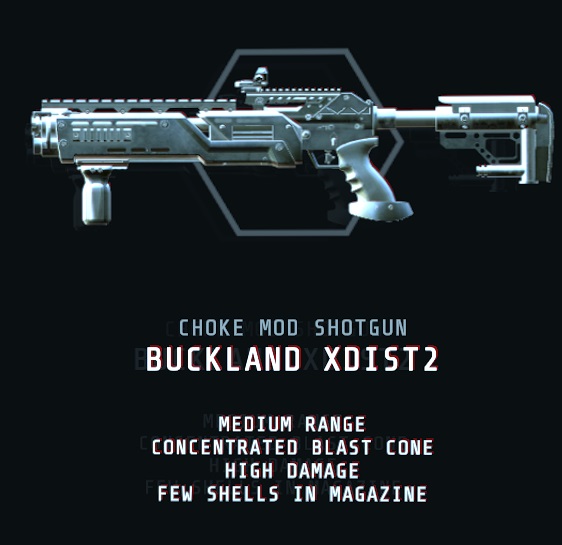 An interesting variation of the pump shotgun.

Has a vastly longer effective range, tight cone of fire and is semi automatic letting you shoot as fast as you need.

The choke mod can kill any giant in less than 1 second at a safe distance thanks to being semi automatic.

The downside to this is you will quickly burn ammo (24 max) and you will be reloading a lot.

Personally i love this weapon but it struggles at close ranges with its tighter pellet cone and tiny 4 shell magazine. Prioritise your targets. 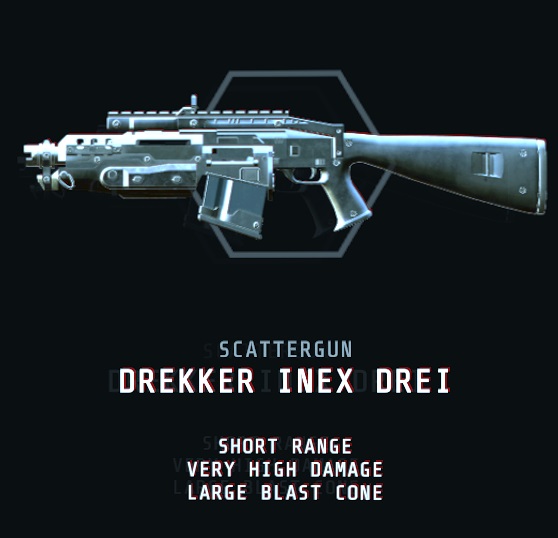 A new weapon for R6. Already nerfed in a quick fix update due to its outrageously high close range damage.

Yet still nothing beats this weapon for point blank damage. At 0 distance the scattergun will instantly kill ALL non boss enemies/team mates. Giving you 14 shots for 14 kills.

However the weapons 0 effective range will put you in great danger trying to score the big hit. If you miss both shots you will have to deal with a long reload animation.

Honestly the nerf was only to punish speed runners as they used the scattergun to 2 shot bosses…but its also pointless as the booster crystal system allows you to stack damage buffs that go over 40% letting you 2 shot bosses again. 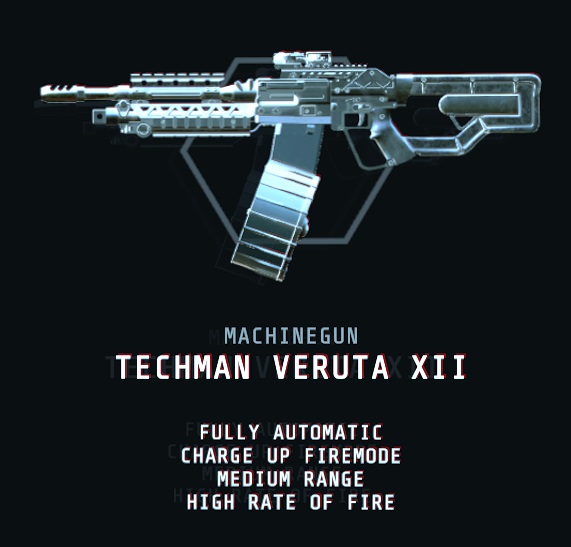 A 50 round drum fed machinegun with large ammo pool of nearly 300 max.

Somewhat situational the machinegun gives you the ability to hold back large waves of weak enemies solo if needed.

Has a wonky floating holographic sight, moderate recoil, long reload animation and a half second “charge up” (don’t ask why, only the devs know)

If you are facing large numbers of small enemies a player using this weapon can keep shooting while the rest of the team are reloading. Not very effective against giants but fires fast enough to stun lock them.

Think of it like the basic assault rifle but with extended magazine…just remember to factor in the short “charge up” before you start shooting. 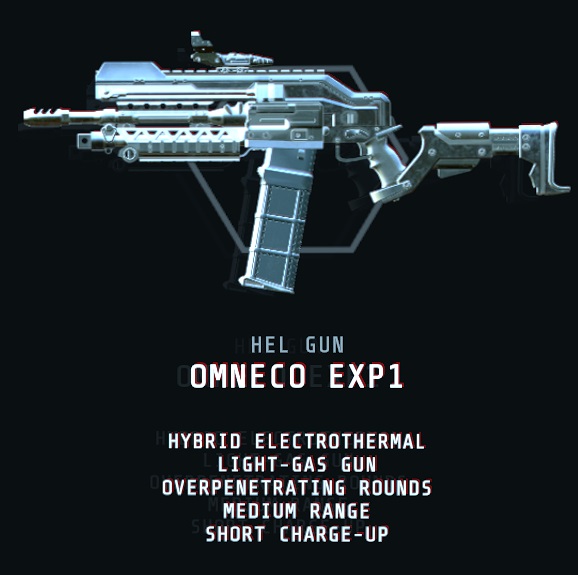 The medium sized version of the HEL Revolver.

Against single targets the HEL gun isn’t very effective, it takes 2 body shots to kill a small enemy…however, against large groups this weapon is unmatched.

That’s all we are sharing today in GTFO Complete Main & Secondary Weapon List for R6 V1.1, if you have anything to add, please feel free to leave a comment below, you can also read the original article here, all the credits goes to the original author Prowler™