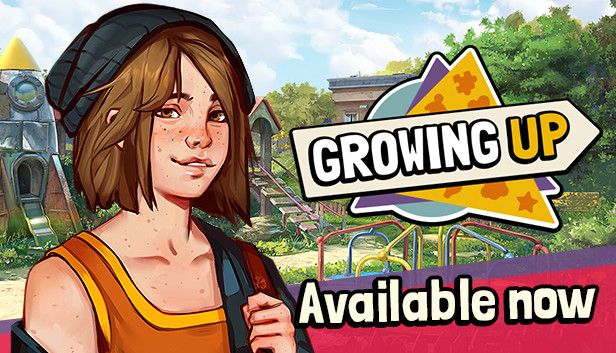 For Growing Up players, this article is about my exploration of the game, I want to see the different outcomes for NPCs. As I’m taking notes, I thought it might be nice to share them

This is a work in progress guide. So far I’ve just been tracking the choices I made and I can give a short description for the ending I got this way.

I wrote down some of the choices from memory, so they’ll not use the exact wording. I’ll hopefully expand for ease of use in the future.

General Information
– Alex is straight, so pursuing a relationship as a girl will not succeed.First meeting: Elementary school
– Interact with her, but don’t go to the gym, do something else instead. Go race her.

– When at the park, encourage the river jump until it happens. Jump in after Joseph to save him.
– When confronted by the teacher, do not tell on Alex and later agree that Joseph had fun.

Middle school:
– Get aggressive when she runs into you and call her Alex
In all the following “challenge” interactions, don’t let her win. Always try your hardest.
– Pick space sheep at the arcade.
– During the race, help her over the finish line.
– When bringing her homework, don’t enter the carnival – Go look around. You cover for her instead of telling on her.
– Later admit you were surprised about here living there, but that it’s cool.
– When in the arcade, go to space sheep and tell Alex to go beat BTY.
– At the carnival, go to the shooting gallery.

High school:
Alex is missing. Go look for her. When you find her after some scenes:
– Hug her
– Ask about the dare
-> As I was playing a girl, I told her we were just friends. Needs confirmation: Start relationship here as a boy?
Later you meet her and she has school trouble. Offer her help, becoming her studying rival and go to the Arcade with her.

Loosing her as a friend:
She quits school and works at the carnival.

General Information
– Nathan is bi. (Thanks to Muupels on discord for confirming)First meeting: Middle School
– You meet Nathan when he burns a piece of paper and leaves. Don’t read it. If you read it, you later have an option to admit it or lie about it and he is unhappy.
– When someone tries to talk badly about Nathan, stand up for him
– When he drops his notebook, take it with you.
– Feed ducks with him (why wouldn’t you?)
– Ask about his parents
– Grab his arm
Once he leaves the bathroom, don’t just let him go.
– Ask about his notebook.

You get a scene where he’s talking to squirrels if he’s still your friend at this point. I hid and revealed myself. He forgave me but didn’t seem happy -> Maybe something else is better here.

Later, he is in the bathroom again.
– Go in and join him. When prompted, focus on him, not the surroundings.
– Hug him and go to the park with him. (Enjoy an amazing piece of music) Here you decide if you want a relationship with him. If you do:
– Go somewhere musical, say you like raw music, take his hand and let him kiss you
– Guess that he got a job and agree to share.

READ:  Growing Up Tips and Tricks for New Players

Endings:
Relationship ending:
He continues his work at the shelter and becomes a vet.

Loosing him as a friend ending: [TW: Very dark, death]
He does not make it.

General Information:– Patty is into girls.

– You meet her in the hallway. Don’t look at her book and hand it back to her. Maybe it’s better to comment? Not sure.
– Don’t snitch when you catch her in the bathroom
– Make up an excuse and say you like Poetry
– Agree to go to there with her and thank her for trusting you
– Tell her she is special
– Tell her it sounds fun, don’t take a blund (maybe not a good option), gush, be positive and talk about music.
– Admit that you like it and be enthusiastic (maybe not a good option)
– Push her on and go with her (Pushing her on might be bad?)
– Be nice

Endings
Staying friends:
You stay friends with her and she becomes a roadie. She tries to find her birth family and falls out of contact with her old one -> This seems to be the neutral ending.

That’s all we are sharing today in Growing Up Relationship Scenes Collections, if you have anything to add, please feel free to leave a comment below, you can also read the original article here,  all the credits goes to the original author Seeamoebe