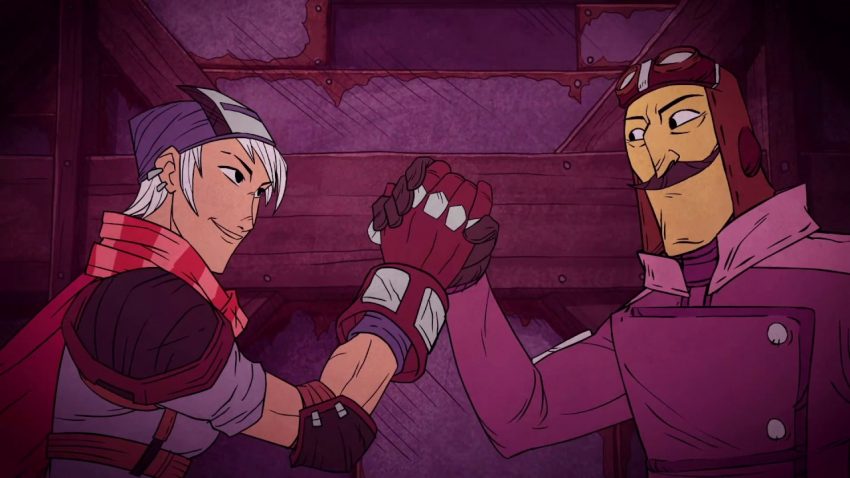 For Griftlands players, if you are tring to get all achievement of the game, this is just a quick guide on how to get the achievements. Let’s check it out.

Most achievements are unlockable in any prestige levels, so if you’re having a hard time, just turn the prestige levels down!
Also, probably do one achievement at a time.
And keep in mind that most of these are very luck-based.

Win a combat by playing only item cards.

This one is not as hard as it seems. If you’re in for this achievement, you better kill some people, they drop items and that is what you will be using. it will be way easier to get this achievement if you’re in a somewhat easy early-game battle with allies or pets, that way you can just skip the turns where you don’t have items to use.

Also, a very easy way to get this achievement is when there is a desolate battlefield with loot. there will probably be some powerful items there, and the better the items the higher chance you have at encountering some monsters, just use the items you got to kill them and skip the other turns where you don’t have items to use, you’ll probably not die.

try to find Social Boons that help with using items.

Killing Heavy Laborers will give you an item that doubles the damage of your next attack
Killing Idri or maxing friendship with her will give you RPGs
Killing Spree can give Makeshift Daggers(applies wound to enemies). Will buff the allies or pets’ damage.

Beat the campaign without installing any grafts or assigning any perks.

Use Social Boons, Card Synergies and Pets to your advantage. That’s pretty much it… no real secret.

Complete the campaign or brawl without upgrading any cards.

Use Perks, Grafts, Social Boons and Pets to your advantage… yeah… there’s no real single way to do it, you just kinda do it…

Cards still synergize with other cards and grafts so it’s not THAT hard.

Win any campaign or brawl with 7 or less cards in your battle deck.

Remove battle cards by talking to Rake whenever possible, Upgrade cards to get the Destroy effect. getting the Bargaining social boon helps with removing cards, and being friends with Rake too. Some quest rewards will have a “remove battle card” option.
Keep in mind that just simply having 7 cards doesn’t grant you the achievement, in order to get the achievement you need to win the game.

The hard part is gettting to 7 cards, but once you’re there having less cards is better than you may think. stacking power or bleed becomes easier, most synergies become better.

Apply 100 or more damage with a single hit.

Stacking power is probably the only way to do it. It’s hard to brute force decks like these but you’ll get there eventually. I still didn’t do this one, it was easier to do in earlier versions, but here are some cool ways to stack power:

READ:  Griftlands How to Fix Game Not Launching (Freezes on Klei Logo)

Using the card “Terrorize” against enemies that constantly replace their allies. The obvious one being Bossbit, who calls 4 Feral Autodogs with 8 HP each (the exact card damage) every few rounds. Other bosses like (i may be wrong about these) Shroog and Flead Queen have similar mechanics but are harder to execute this.

Upgraded Concentrate cards with Upgraded Uppercut on a VERY small deck was my best try on Power stacking.

ALSO: there is an item card called Worker’s Glove that doubles the damage of your next attack, and is dropped by Heavy Laborers like Gnak, Erbla, Chake, Gura. this will probably help you on your journey but i’m pretty sure it doesn’t stack.

if you know a better way feel free to tell ’em in the comments!

I don’t know any specific way to do this, if you know you can share in the comments but much like the 100+ damage, it is very luck-based and hard to brute force it.

Incept 99 Doubt upon a single opponent.

A good set of Exploit Weakness cards with Doubt Inception cards will do. (probably)
i didn’t manage to do this one but i do believe if you stack it as hard as you can before you start duplicating them you’ll probably get it.
also luck-based, hard to be forced.

Get 20 people to love you in campaign or brawl.

Use Perks to help with friendship, always choose whichever option makes people like you more in quests, try not to kill people.
Prioritize getting Shills so you can buy people’s love. some people’s love cost less than others, prioritize buying their love.
If you’re in for this achievement, care less about synergies and more about making 20 people love you, you’ll get it eventually.

Get 20 people to hate you in campaign or brawl.

Killing members of a group will make other people from that same group hate you, try to kill members in all groups so all people will hate you, if you kill too many you’ll have more dead people than haters, and that’s not good. Make quest choices that make people hate you, etc…

Beat any brawl on maximum prestige.

Win any campaign in under 30 minutes.

That’s all we are sharing today in Griftlands 100% Achievements Guide, if you have anything to addm please feel free to leave a comment below, and we’ll see you soon.