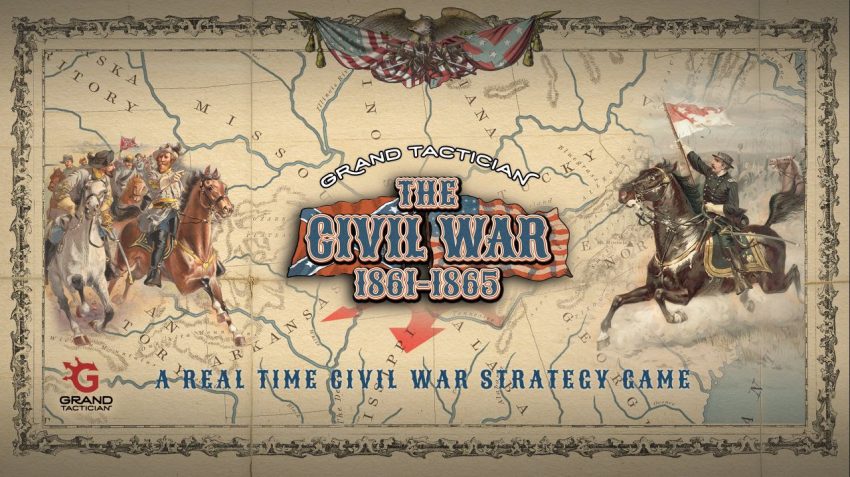 For Grand Tactician: The Civil War (1861-1865) players, this is a initial guide of campaign and tactical battles in the game, this will be a rolling updated guide as I play this game more.

The 1861 campaign is buggy. Start at 1862. I do recommend saving it every 5 days so if it crashes you don’t lose too much

So when you begin the campaign (I start at 1862) you will notice there a bunch of fully formed armies in places like MS, TN, all over VA, FL.

I recommend you consolidate. To move an army, you click on the army logo, and then right click on the area you want the army to go. At that time you can then select the transportation mode by left clicking on the ones you do not want (there are sea, road, and railroad, and usually all three options are highlighted- so for example, if I wanted to go by road I’d click on railroad and sea and those would go gray). Then click the check mark at the bottom and after the order delay, your army will move by road to where you wanted it to go.

Order delays are the big thing to get used to in this game. In the actual war, you didn’t have radios to talk to someone immediately to do something. You had to send a horseman to that person to give orders, and that person had to send horsemen to his subordinates to give the further orders, so moving a division or more was a time consuming task. So you want to try to always think ahead and get your corps/armies moving and close together at opportune times.

Also, you want to keep your corps in headquarters distance of the main army, that way, if a big fight begins, like at gettysburg for example, all the army can concentrate

Tactical battles are the meat of the game, what all that maneuvering and recruiting and whatnot is supposed to get you to. After messing around with this game for a while, I think I’ve figured out a little bit of how to make a battle go (at least a land battle, haven’t done a siege yet).

So you will start in the deployment phase, with your army of whatever size on the field/coming.

Now you can have a whole army present, or you can have piece of it present (if you look in the command report you can see full Order Of Battle and if any reinforcements are coming- such as gettysburg where you start with I and XI Corps for the US and more arrive later).

So you can look at your tactical map from the deployment and it will be the far off third person view. Now, depending on what objectives there are and which ones are lit up in your enemies colors, you can make a strategy. You can click your army commander and move the whole army to a certain spot. You can go down to each division commander and place one in a different spot, which will move each commander’s division to that area. You have a deployment range. Once you have positioned the troops to your desire, then you click play and the battle goes.

So, when it comes to tactical infantry combat- you have three things to worry about- weapon type, cover, and distance to orders. A brigade of 2000 with rifles will have a longer range than a brigade of 2000 with muskets. Infantry has three order sets for firing- long, medium, and short range, and whichever you select is whichever range your men will open fire. So if you have long range selected on a musket brigade, that will maybe be 100 yards; meanwhile, if your men have Lorenz or Enfield, that may be 3 times as much. So be wary of that when you begin a fight.

Use cover like trees and roads to your advantage. When you position a brigade you can right click and hold it to swing the facing of the unit. the unit will be positioned based on frontage available, so if you try to stick 2000 men in between a 50 yard fence gap that won’t work, but if you put them on an open hillside, you will get a nice straight line. So beware of this too. Trees, fences, walls are all good cover. High ground is great. Funnel points like bridges and fords can lead to massive enemy casualties

Distance from ordering generals also matters. You could turn initiative on and detach a unit to get them to function on their own. But if you don’t, and you are doing the normal courier system, then you have to realize there will be an order delay. Let’s say you have the high ground and you’re blowing your enemy to hell. You see the bodies hit the floor and figure soon you can get a brigade to do the bayonet charge. But there will be a delay because the brigade commander has to send peopel to the regimental commanders to tell them they can charge soon. So you would want to give the order just a bit before you think the enemy will be wavering so it actually happens.

This distance also matters if it comes to maneuvering under fire/surprise. the closer your general, the quicker your men will react.

That’s all we are sharing today in Grand Tactician: The Civil War Initial Guide if there are anything you want to add please feel free to leave a comment below and we’ll see you soon.
Credit to williamcarter1993