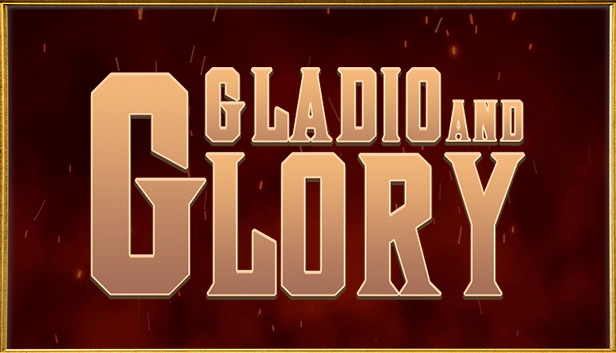 For those who are new to Gladio and Glory, check this guide out, and you may have a better start of this game, let’s check it out.

You can easily learn the basics of the game through the in-game tooltips that will be shown at the top of your screen when first starting out, however, I’ll recap through the controls in case you may have forgotten, or not sure about something.

W, A, S, D – Movement
Mouse Cursor – Look around/Aim character
Q/E – Throw Left/Right Weapon (Two-Handed weapons you can press either to throw)
Ctrl – Hold and attack to do an Overhead Swing
Shift – Change stance to Running (White Cursor) or Focus (Yellow Cursor)
Space – Grab an enemy (It’s weird, but if you keep pressing it while aiming at an enemy, you’ll eventually see the cursor change to a fist, which means you’re holding your enemy. Then, just move your cursor towards a direction and press Space again to throw your enemy.)
Space (while in Running stance) – Slide

That covers basic movement, but I’m sure you knew all that… Right?

Some tips to consider with the basic gameplay and movement:

– Never stop moving. You can easily leave yourself open to a random weapon being thrown or easy stab from an incoming enemy from behind.
– Always use a weapon. Fists and throwing enemies is cool and all, but for the most part, you’ll want some protection, unless you’re some kind of sliding god.
– Don’t use shields. Shields are practically useless, and take up a free hand which could be used for a weapon. Their only purpose is to stun an enemy by being thrown, and that’s it.
– Slide to trip enemies. A dude has a weapon you want, but is coming closer to using it against you? Just slide into him and make him drop said weapon, then use it to finish him.
– Be mindful of whoever’s attacking you. You can easily tell if someone wants you dead at the start of a round if they’re looking at you or your corner (unless you have teammates). Don’t go headfirst into combat in the middle of the arena, hang back and watch who’s coming for you, then take them out.

Keep these tips in mind, and you’ll get pretty far, I guarantee it.

At a certain point, you’ll start fighting the Knight, Leopard, and the Minotaur. These guys are not to be trifled with, and will wreck your day, especially the Minotaur.

The Knight and Leopard’s first fights are simple 1v1s, you versus the boss, but the Minotaur’s first fight will be you and a few AI teammates taking on the big horned beast.

Here’s a few tips for each boss:
Knight
– Always try to get around him, but move around his shield side. If you try going around him from his sword side, he will easily slice you. So when he attacks, try and attack him for some free hits.
Leopard
– Overhead Swings is your friend here. Some of your attacks may not reach, but trust me, it hurts them a lot.
– Keep your distance. After attacking/getting attacked, immediately try and run away from it, then attack again once it gets closer.
Minotaur
– This guy is difficult, but that’s point. Your first few fights with him, you’ll have teammates, but eventually, you’ll have to fight him 1 on 1, and that’s not fun.
– When with teammates, use them as bait and let him attack them, then get easy hits on him from behind. Once again, Overhead Swings are your friend. Use them for massive damage and multiple hits to finish him off quicker.
-When alone, always keep running. Bait out attacks from him as much as possible, then get a hit or two in. After enough damage, he’ll be stunned and fall to the ground, but only for about a second, so use that time wisely enough to get a hit in.

Later on, you’ll have to fight Leopards and Knights in regular Arena fights, but as long as you remember these tips, you shouldn’t have much trouble with them.

That’s all we are sharing today in Gladio and Glory Basic Guide for New Players, if you have anything to add, please feel free to leave a comment below, and we’ll see you soon.
Credit to Lie Ren The Pope