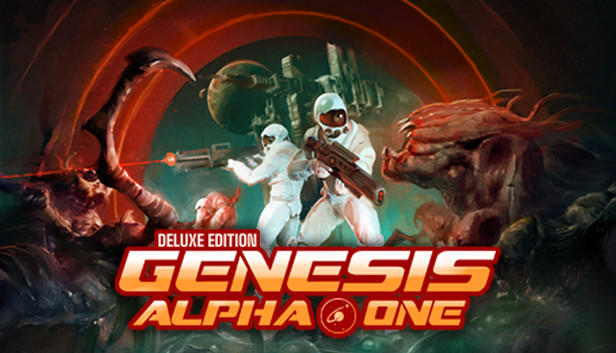 For Genesis Alpha One Deluxe Edition playersm this is an achievements guide that help you get all achievements, let’s check it out.

Achievement hunting can be brutal and this game isn’t an easy one. Some achievements have “in one round” in them meaning that it is to be completed before a Genesis. Looks like “No Guts no Glory” is an exception to that rule.

Have at least 10 crew members sick when initiating a genesis.

It’s easier than it looks. Before initiating a Genesis, destroy all the Crew Quarters and the crew will start to get sick and wander around the ship. I got this when I completed the Genesis.

Self explanatory. You get it when initiating a Genesis.

Have one clone of each species when initiating a genesis.

At least one clone of every species is needed when initiating a Genesis. No matter what tier are they.

Initiate a genesis where at least 20 aliens/eggs on board.

Easy. Search for places with Leviathan. Their spores spread fast and they grow faster. You will have an infestation in no time. I got when the Genesis was completed. Unlocks artefact.

Complete a round where no crew member died on the journey.

Valid for the first Genesis only. If you don’t get it on your first then you need to start again. Unlocks Gallery module artefact.

Another achievement that takes time. To unlock a species you need to have more than 50% of that species based on your crew. The best way to be sure is to only clone a species that you want to unlock when initiating a Genesis. At least 9 Genesis are needed to unlock every species. When you complete the last one, this achievement will pop.

Refine 60 Iron in one round.

You need to refine 60 Iron (Framework) before a Genesis. It doesn’t matter who harvest the ore, it can be you or your clones. This achievement unlocks Stahlunion Tier II.

No Guts no Glory

Collect 1000 Biomass in one round.

This one is complicated as it just says “collect 1000 biomass”. The truth is that you have to fill empty biotanks until you get a total of 1000 units of biomass filled. Excess biomass are lost and don’t count. You can destroy your biotanks and build them again to get rid of biomass or do Genesis missions until you get 1000 units filled. Even if it says “in one round” you can get if after colonizing a few planets. This will unlock the Health 15% artefact.

Receive a pickup from a site.

Clear your first site to unlock this achievement.

Refine 60 Platinum in one round.

This works the same way as the Iron Refiner achievement. When unlocked you can start as Stahlunion Tier III.

Perform 100 expeditions in one round.

This means that you, as the Captain, need to explore planets 100 times before a Genesis.

Unlocking every artefact requires patience and a LOT of exploring. If you need help check the “Artefacts List and Hints” section.

Researched 3 weapons to tier II in one round.

Research 3 clones to tier II in one round

Research 6 clones to tier III in one round

Research 6 weapons to tier III in one round

You need to collect samples from your sick crew mates and research the disease. The three are Helix, Shroom and Zot. This will unlock an artefact.

Kill 100 Mechanic intruders on the ship in one round.

You need to farm 100 Mechanics that are invading your ship. Better do this with Tier I rogue ships (The ship icon color is grey). Before the invasion it is better to prepare your clones for the fight. It helps a lot if they are Level 3 (Commander) and are clone tier III. Also place two or more Turrets on access points on your ship, invaders usually rush in and get killed easily by Turrets because their main purpose are resources, slaves or electrical nodes. Barriers also help trapping invaders and combined with Turrets can make a good farming area. The common spawn locations are Corridors (near Quarters or Reactors) and Quarters, but they can also spawn on other locations like Bridge, Hangar or Clone Labs. This achievement unlock Mechanics as a starting Corporation.

Kill 100 Framen intruders on the ship in one round.

They invade the same way as the Mechanics. They may be tougher and their Shotgun hurts but they can be farmed too. This achievement unlocks Framen as your starting Corporation.

When the Tutorial is completed you will get this achievement. Maybe you want to play a little more to unlock a 2nd Tier Corporation instead of using a bad starting ship.

I got this by accident on a Helix infestation but there are easier ways. You can build 3 Corridors and then destroy the one in the middle. The debris outside will be accessible and then just walk into space. Don’t do this if you’re after “Everyone Counts” achievement.

To get this achievement you need to build 3 Hyperdrives.

Have a Greenhouse with tier III plants fully grown in all planters.

Tier III plants have 4 biosphere points and you need a Greenhouse with all planters on this tier. If you’re playing with a Superior Genetics ship then you will have a 6 planter Greenhouse and also need an extra tier III plant. If you have an empty planter, there will be a chance of a plant spawn based on the plants you have on that Greenhouse. Plants seeds can take a lot of time to spawn. Also there is a chance to unlock a Locator based on the biosphere plants. If you have all Pines on the planters you can get the O2 Locator.

Clone any of the 9 alien lifeforms. Probably the first will be Arachnoind since they also need O2.

Build at least 100 modules to your ship in one round

The achievement implies that you need to build 100 modules in one round. If you don’t get it before your first Genesis then build more Corridors until it pops the Achievement.

Use an alien ability.

You need to research an Alien Ability and then use it. It can be Healing, Harm Touch, Damage Multiplier, Awareness or Shield Aura.

Heal a sick crew member in their crew cabin with the healing ability.

You need to follow a sick crew member to the Crew Quarters and then use the Healing ability there. Unlocks Decontamination A artefact.

Every Corporation is tied with an achievement, you will get this one when all of them are unlocked.

That’s all we are sharing today in Genesis Alpha One Deluxe Edition 100% Achievements Guide, if there are anything you want to add please feel free to leave a comment below and we’ll see you soon.