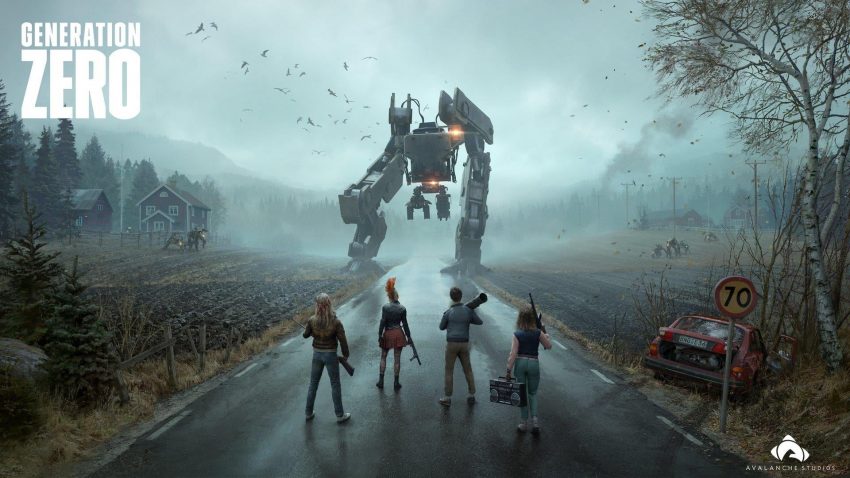 Guide of hunting class c tanks, or hunting in general, made long

Damage reduction is very important because no matter how good you are you will take damage eventually, and taking too much damage will, of cause, result in your death

Assault Rifle is a must, AR5 provides highest DPM, Al-76 is next, if you are less ammo efficient you can choose the AR4

The Granatgevär m/49 provide a quick solutions for crowds, while avoiding the need of flare

The Sjöqvist Semi-Auto provides the highest DPS, great for shoot and duck with the aid of hard cover

Your pistol can save you ammo of the primaries when killing harvesters, .32 FML use the least space, while .44 HP kills weak spot faster

An AR with a m/49 is basically the best loadout, SMG or a Pvg 90 can replace the AR when it’s ammo runs out, or replace them with one of the shotgun if you prefer the fighting style they provides, but remember shotgun does way lower sustained damage

Each command bunker has 2 floor of living quarters, some might be quite far from the Warboard and thus take some time to search for but they provide a lot of high tier resources and is always the best place for looting given they are not in cool down

Smoke types should be ignored and carrying EMP/Explosive deployable is ill-advised, they either have too small of effective radius or requires detonate which is extremely difficult as auto-aim will only lock onto robots

AR ammunition are the most space efficient, following is 12 gauge and 9mmSMG, then .50 BMG

Choosing Target
You can’t choose to kill class c only as you will run out of ammo really fast, you’ll need to kill class a and b machines to refill your ammo, and class a runners are especially good for heals
Runners

Typically appears in groups of 4, can be one more or less

Typically appears in groups of 4, can be one more or less

Most often followed by a pack of runners

If you see them first, fire a HE at the center of the group, all within about a 10 meter radius will die instantly

If surrounded, run away and let them chase you, they will more or less group together, and a HE will take care most of them

With AR, aim at the center of mass, aiming at the fuel tank carefully isn’t worth the damage you take

When red laser starts aiming at you, run sideways, walking alone won’t dodge the shot, return fire after they fire

If you see them first, fire a HE at the chest of the center one, if they are grouped close enough, firing 2 shots will kill them all

If surrounded, fire HE at the 2 that are closest together when given the chance

Avoid slowing down if there are more than 2 remaining

With AR, aim at the chest, slightly off to one side, one full health should take about 35 shots from a 7.62 rifle

When they are rushing right at you for jump attack, run right toward them and they will overshoot you

Class b’s ballistic missile only does gas damage and not explosive damage, so it is ok to take it as long as you move out of the zone quick enough

Take out the following runners first

Take out the rocket pods on the back, be careful that it can fire backwards(by some magic??? 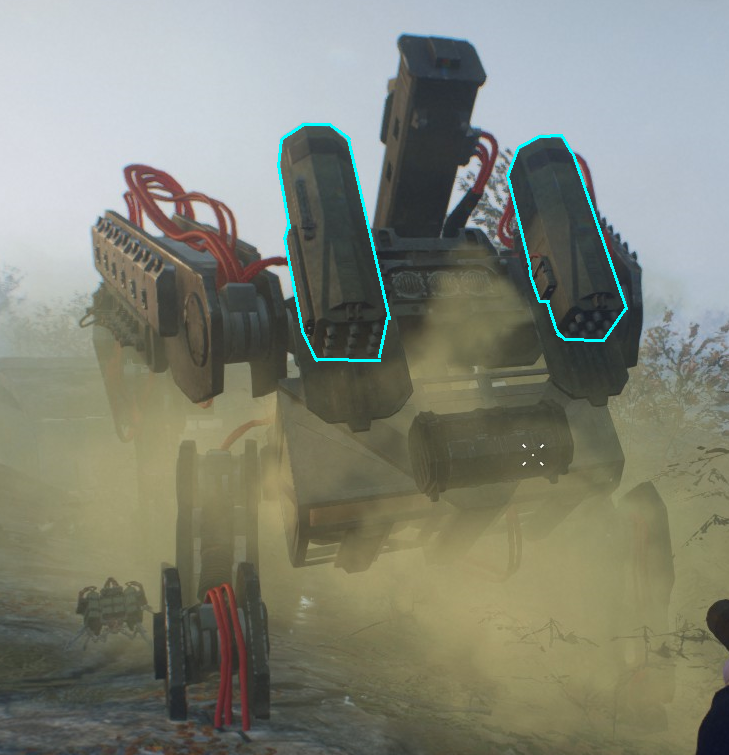 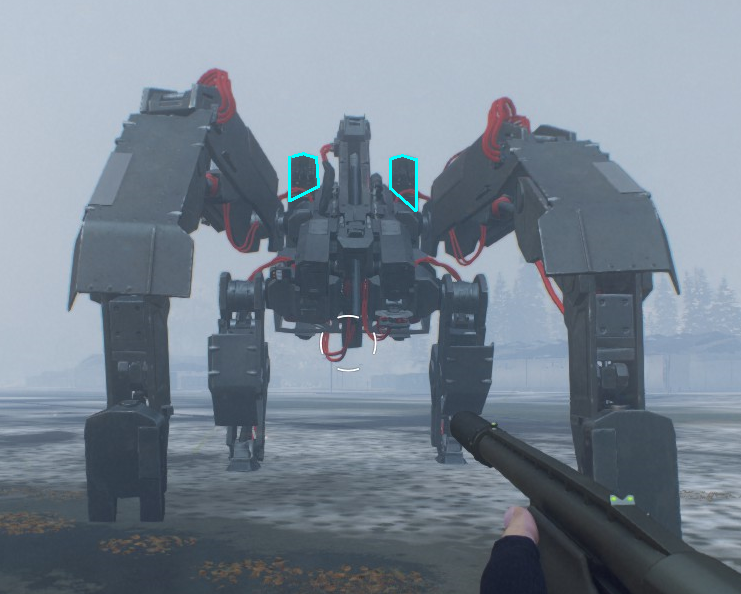 You can shoot the exploding ticks when dealing with class c, but they do little damage to the harvester, so you might want to destroy the tick deployer instead

Finish off by shooting other weak spots, typically destroying all weak spots on the back is already enough to kill it 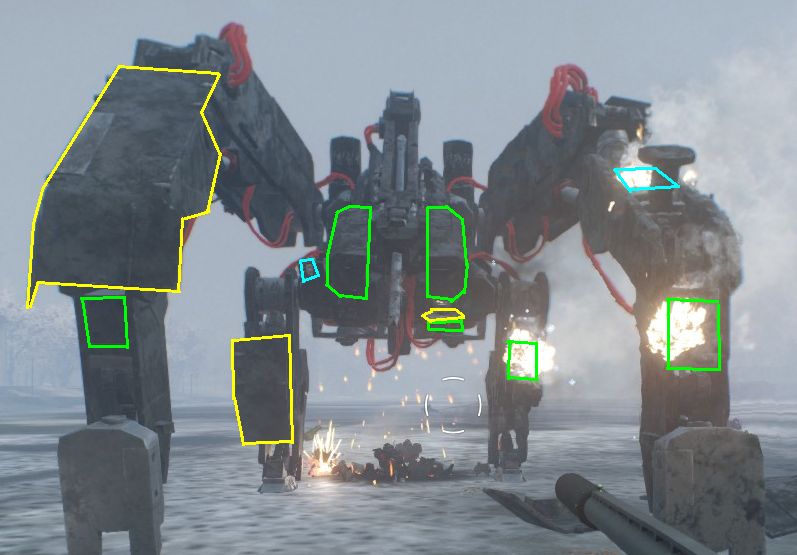 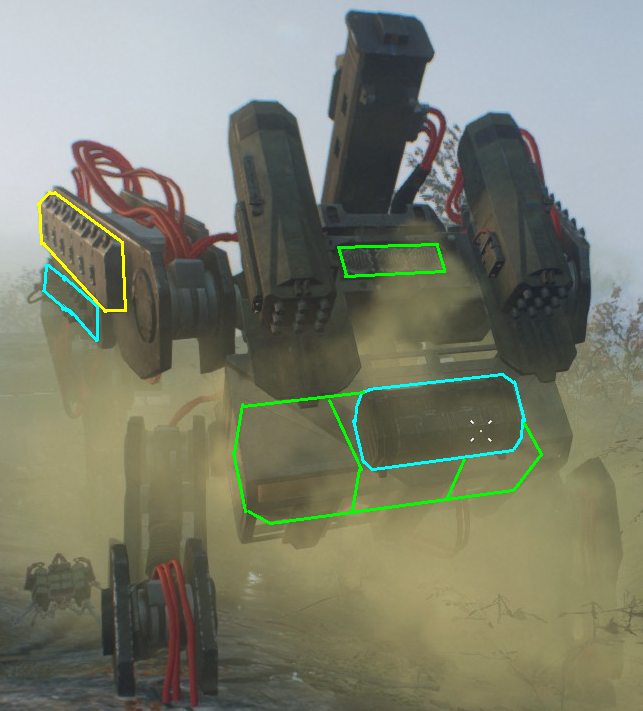 To fight a class a or b tank, stay at a distance of 20-25 meters, simply walking sideways can dodge the rocket barrage of class a while the class b’s ballistic missiles requires you to run sideways, also mind that sometimes they will fire 2 ballistic missiles in a row. You should take out the concussion pulse amplifier at the rear-end of the hull with SP/HP and close in if possible 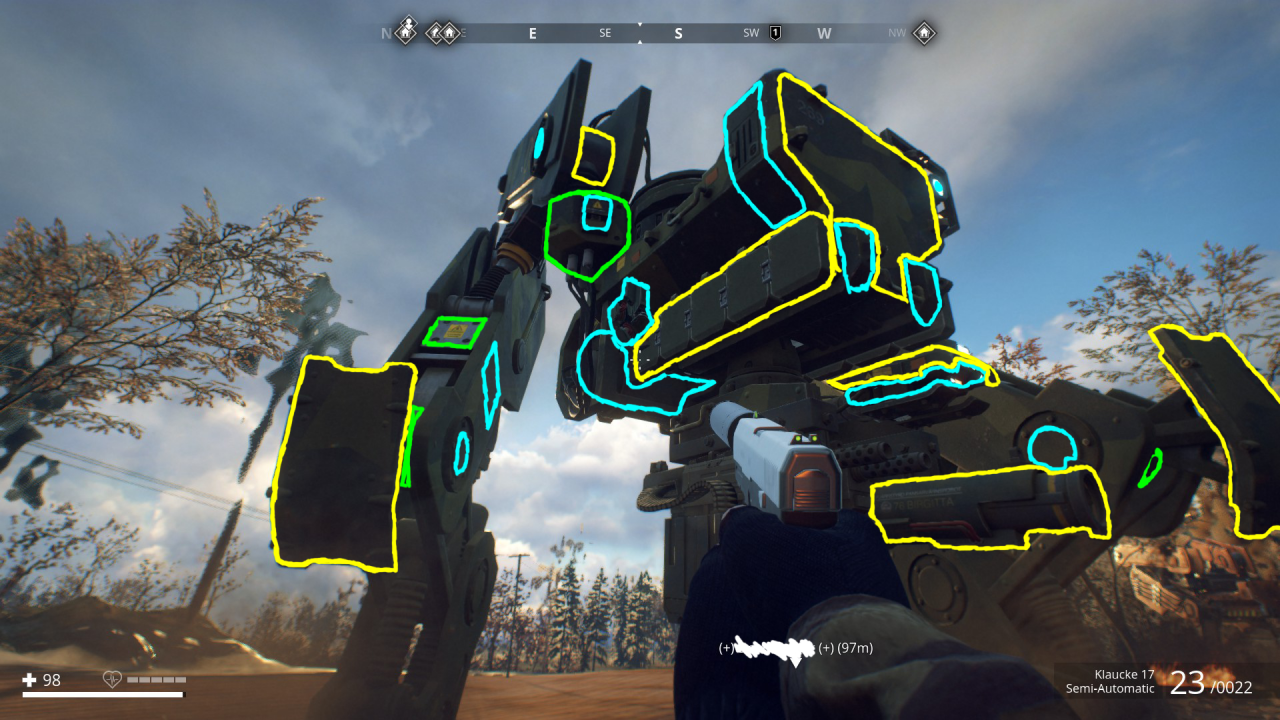 The ideal range of fighting a class c tank is about 10 meters, where you can force the tank to keep turning and not use it’s weapons, be careful that walking too close will still cause you to be hit by concussion pulse
https://i.imgur.com/EaKLncH.png
https://i.imgur.com/n9VfzAk.png
https://i.imgur.com/V6JAPuJ.png
Image too large to be uploaded
The main armor plate is by far the easiest target, and behind it is four component, 2 large on each side and 2 small at the bottom corner

You can target the mid-leg control when you are on it’s side, below the second cable clip

The mid-leg control needs AP ammo to be damage on class c, like the top hinge

You can also target the knee hinge, tho it is a way smaller target

When the tank turns their back at you which they sometimes do, you can shoot at the fuel tank and the tick deployer

At close enough range you can target the head, which for a component has a very large health pool and thus can inflict huge damage on the tank. However as it is very small and is isolated from other weak spots, shooting at it at longer range is likely a worse choice when compared to other larger weak spots

The machine gun has a extremely high health pool and is not worth taking out, the explosive weapon on the other hand can be taken out relatively easily with AP ammo

The top hinge can only be damaged by AP rounds frontally and is very difficult to aim at, so it’s not worth targeting