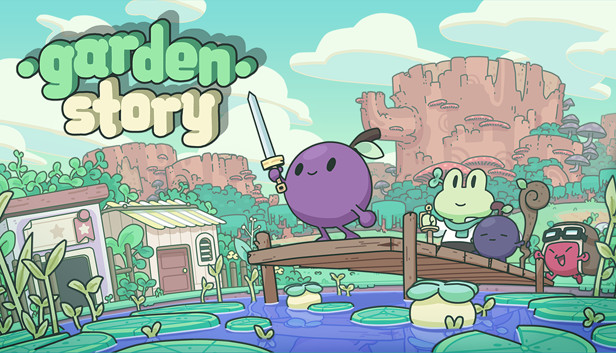 For achievement hunter of Garden Story, this is a guide to getting all 21 achievements, just follow the explainations below, and you’ll get the achievements you want.

This guide works as of August 22, 2021. Since it seems like this game will be updated a lot more, I can’t promise it works after the posted date.

I will try to keep the guide spoiler free, but some achievements will be blacked out will the appropriate spoiler tag to keep from ruining game experiences.

**This is a work in progress** I’m currently in the process of replaying the game to obtain screenshots and more information to add to this guide. If there’s something you think I should add, leave a comment and I’ll do my best to update. This is my first guide so I’ve formatted or worded something weirdly just let me know in the comments and I’ll be sure to fix it. :))

These are achievements you automatically get simply by playing the game.

By the Book
Defeat the Bookworm once

Summer Savior
Defeat the Octopihi once

Dungeon Delver
Defeat the Rotberg once

House of the Sun
Obtain the Silversword

These achievements can be obtained by leveling items up

In my opinion, the easiest tool to upgrade to Grade 4 is the Pick. I upgraded it before the final boss fight, but it’s possible to do it before that. Currently working on getting recipes for tool upgrades 🙂

For this achievement just level up one of the jars. I think the Spring Hamlet jar is the easiest to fully upgrade, but can be done in any town. Currently working on getting recipes for jar upgrades 🙂

These are all the enemy related achievements. If any of the bosses like that stupid Bookworm are giving you trouble, I’m in the process of making a guide filled with strategies to defeating different enemies and all the bosses. But if you want the easy way out… in settings you can turn off dying. I think it takes the fun out of the challenge, but to each their own 🙂

This achievement is really easy to get if you’re defeating enemies regularly as you progress through the game.

The Acorns are a bit trickier to fight and much easier to simply avoid. I’ve found that it’s best to wait until after their attack to hit them and then roll away. They can only attack in straight directions though, so if you stay diagonal to them you should be safer.

These guys are not hard to fight, but I find them quite annoying. If you want the achievement, I recommend spending some time and just grinding since they don’t appear many places in the game.

While these can be a bit surprising, they usually (if not always) are in the same spot. Once you’ve seen the Hayrots a couple times you’ll start to remember where they are and can grind kills much easier.

There’s plenty of these to be found especially in The Mist and they can be frustrating because of their resistance. If you see them gearing up to attack, I’d recommend rolling away and waiting with your shield until they stop firing. Then attack them until they’re just regular Rot. Later in the game there’s an area with a surplus of these enemies so you can grind to your heart’s content

Glomps are those big slime creatures that only come out at night. They can be fatal when you’re just starting out, but once you get your HP up and upgrade some weapons they’re much easier. When the Glomps start to glow, put up your shield or find a spot diagonal of them to wait. The Glomps can only dash in straight directions so once you watch them for a while they become much easier to avoid and kill.

There’s Rot Dummies in multiple places around the map, but the easiest to access is the one outside your home in Spring Hamlet. After exiting your house just go straight down and you’ll see what looks like a little smiling rock. Just attack it until it crumbles and you got the achievement.

These are all the rest of the achievements

The Flute can be obtained after you’ve acquired the Dowsing Rod. Right above the Dowsing Shack is an NPC with a quest for you to gather 4 Pith Roots. Pith Roots only grow in Autumn Town so you’ll need to wait a bit to finish his quest, but when you do he rewards you with a Flute.
Some people have said that if you play the flute around Rot, they slow their attacks and begin to sing alone. I’m still verifying this though

When talking to Rana, they mention that there’s another Frog nearby. And sure enough if you manage to break through the stump, you can find Goldie off to the right in a small hidden area. Once you accept Goldie’s favor and complete it, you’ll get the achievement and a useful perk.

You’re very likely to get this achievement before you even finish the game, but if you happen to be a player who simply doesn’t roll just apply memories that give extra stamina and start rolling around until you get the achievement.

That’s all we are sharing today in Garden Story Complete Achievement Guide (All 21 Achievements), if you have anything to add, please feel free to leave a comment below, you can also read the original article here,  all the credits goes to the original author Some Dude