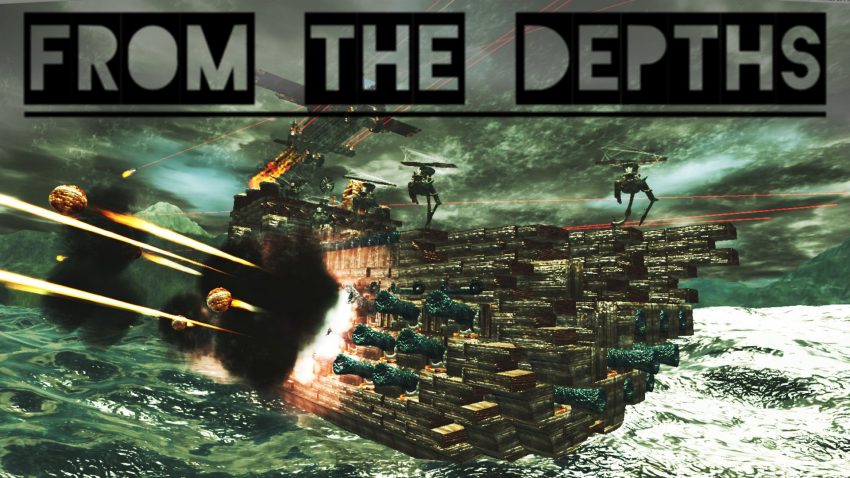 The CrossBones is a Deepwater Guard godly design. This craft brings a powerful armament and surprisingly well survivability. This makes it a rather large challenge for players to deal with and so this guide is to help those who are struggling with it.

What is the CrossBones?

The CrossBones is a godly DeepWater Guard design and costs right around 220,000 resources. The thing lacks in metal and heavy armour but has Layer after Layer of wooden armour. This makes it surprising buoyant and tanky. It also sports 8 1724mm cram cannons (four turrets) along the side and 12 1585mm cram cannons (four turrets) there are also a bunch of varying sizes of Advanced Cannons (8 120mm, four turrets and 36 36mm, six turrets). But the main problems will be with the Cram Cannons.

What to use against it?

So, you finally decided to engage it ‘ay? Well there are two very easy way to counter the CrossBones. The first one consists of using a very fast (preferably >30ms) aircraft and circling around the CrossBones, if you do this then I strongly suggest staying greater than 500m away and launching missiles at them.

The second way is to use Submarines. The CrossBones focuses on anti-ship weaponry and has no way to counter submarines. Still, I suggest staying at least 20m below sea level and over 250m away from it, these distances mean that even if it tries to shoot at you, the shells would’ve slowed down way before they hit you.
This method is my go to stragedgy when countering the CrossBones, it’s so easy infact that one of my Light Submarines (<18,000) can defeat the CrossBones.

I hope this helped you and good luck.

Written by That Guy