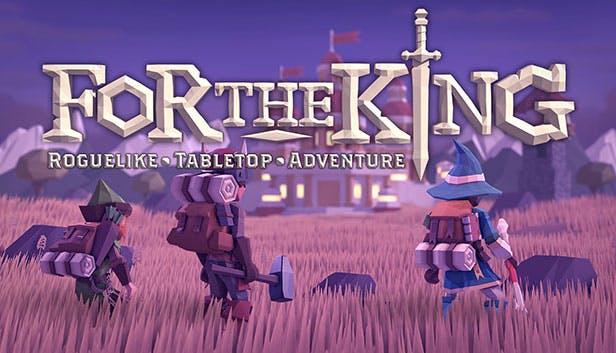 Some tips and trick you better know. Including a “Infinite Campaign Workaround”

As you start the game, you can choose from 4 classes, more classes later but as i played the game i feel these three are perfect combo: 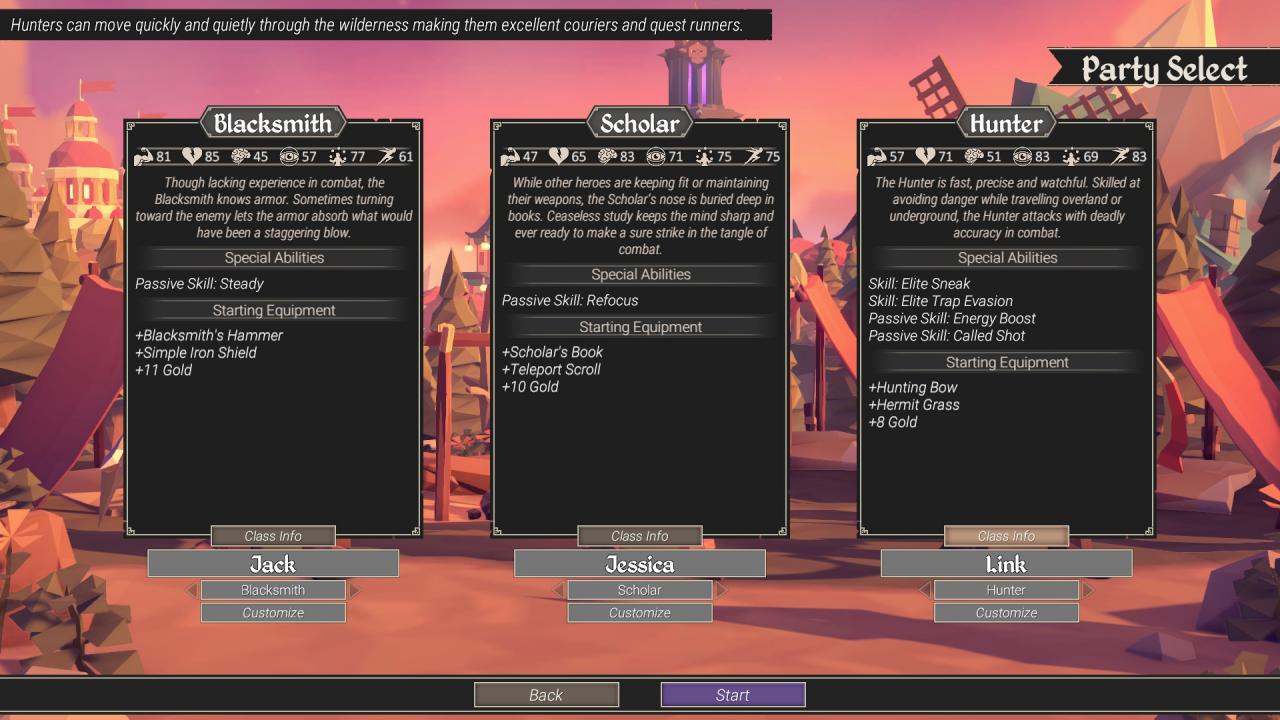 1. Blacksmith, to tank up damage, relying on armor and strength (build up resistance with honeyed sponge, and equip high +strength +armor items). Deals physical damage so gives this class black candies.
2. Scholar, to deal magic damage, relying on resistance and intelligence (build up armor with salty jawbreaker, and equip high +inteligence +resistance items). Deals (most of the weapon and end game weapon) magical damage, so give this class spirit taffies.
3. Hunter, to ambush enemy, relies on awareness, speed, and dodge (build up dodge by rogue’s brew). Has multiple option to deal damage, but the some of the best endgame options are either declan’s bow (magic damage), musket (good for ambushing small enemy, or heavily armored enemy, physical damage). Since the type varies, it’s not that worth to invest any black candies or spirit taffies into hunter.

It’s REALLY important to make hunter go last because he is the one who do ambush, ambushed enemies will get isolated. If it wasn’t a camp you ambush, the target wouldn’t have to call nearby enemies (red field) to help in combat so face them one by one. Red field are who able to battle, including your party members and enemies, ambushing three target one by one is easier to deal instead of dealing with three of them at once. And probably save more lot of HP, too. 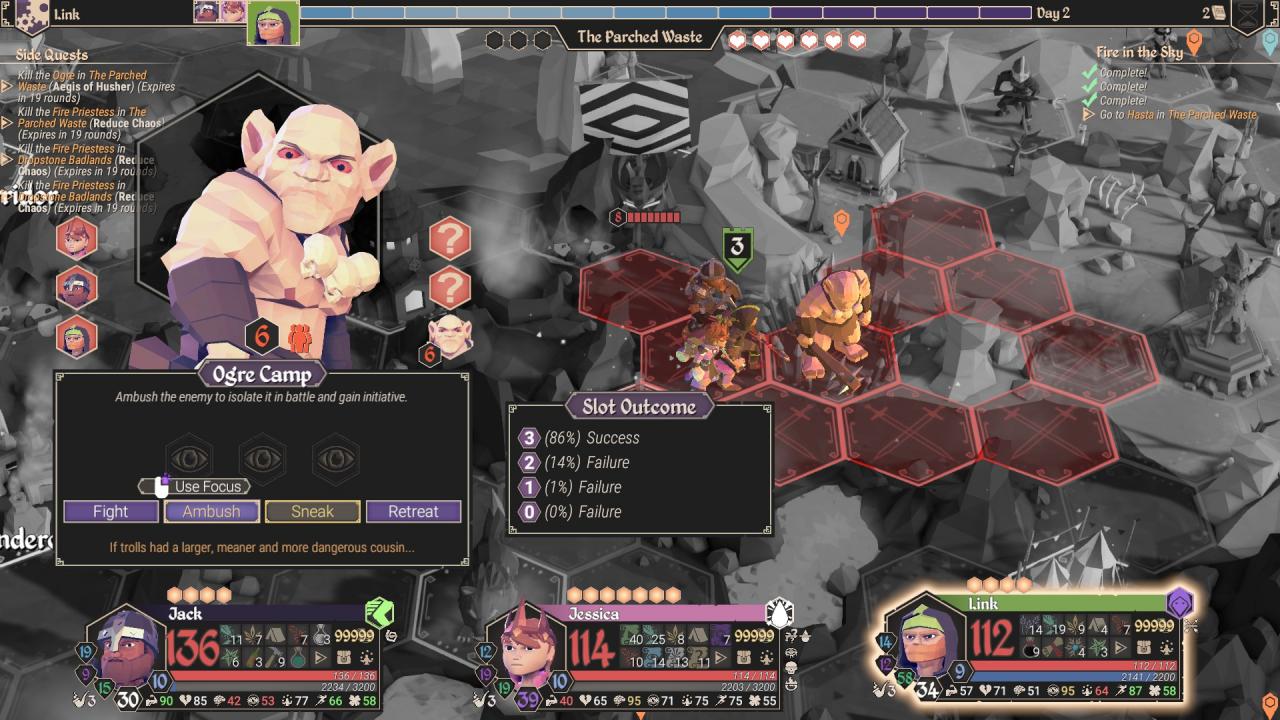 Also by succeeding a ambush, the one who ambush get FREE first attack turn, regardless of enemy speed. Use this advantage to kill the target before it even can react (hint: pair with musket)
Keep in mind tho, failing a ambush will gives enemy a FREE first attack, so always let hunter/any high awareness do the job.

Try not to purchase breakable stuff as it will breaks as you miss, save your money for better items like this (lore unlocks are good!) 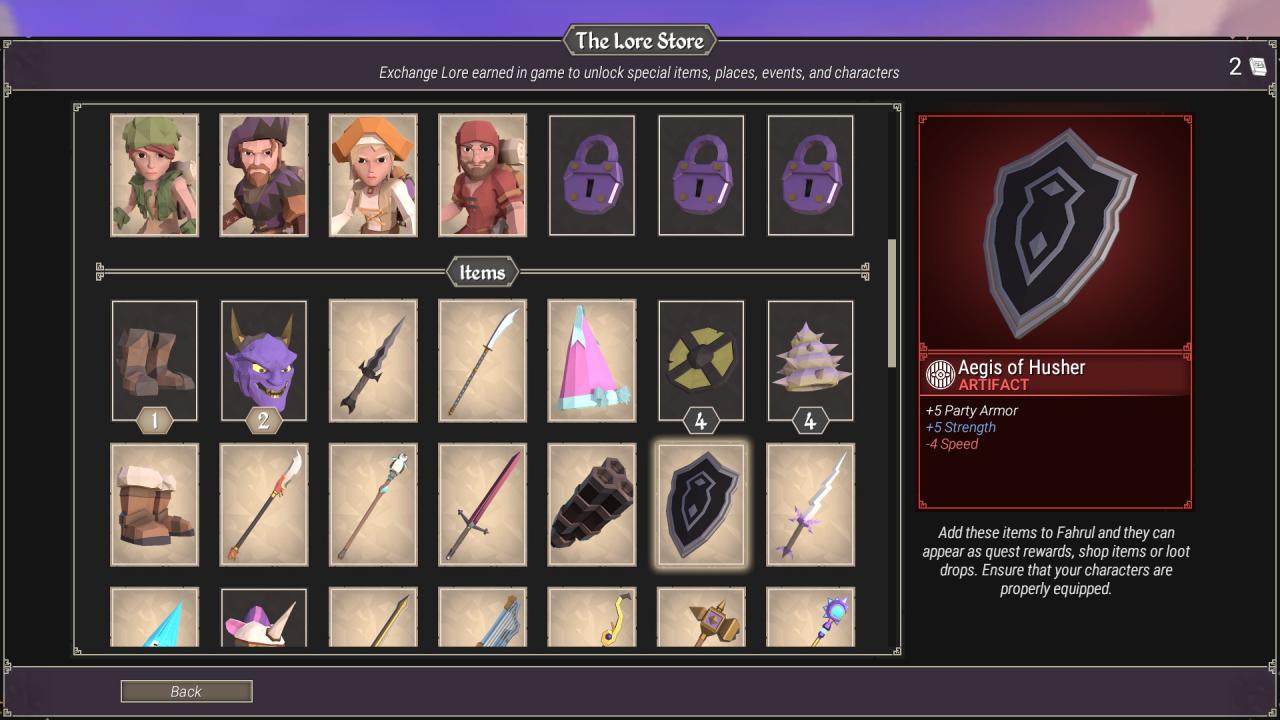 Max level cap is 14 if anyone wondering, try to level to 14 before you engage the final boss in Frost Campaign as you have the “time” 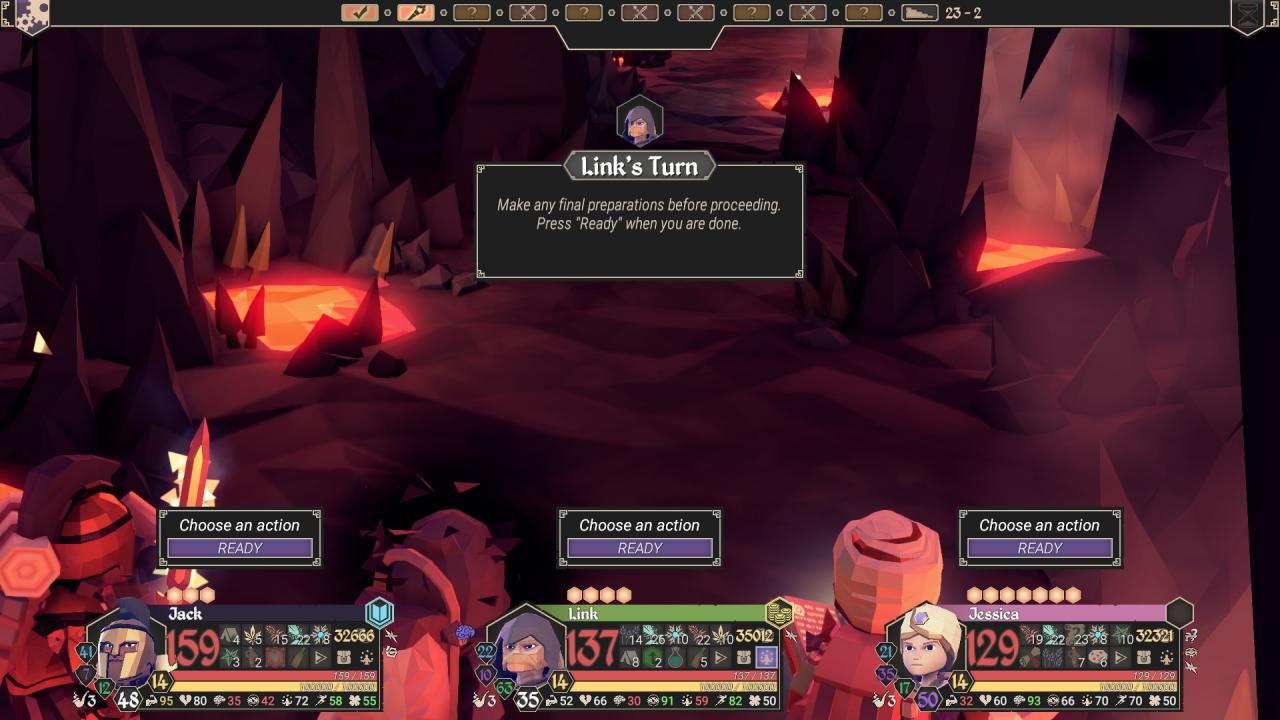 Also, by ending the turn in the boat, unless you step in near the snow shrines (quests), you wouldn’t take any damage, so just roam around and hunt that way. 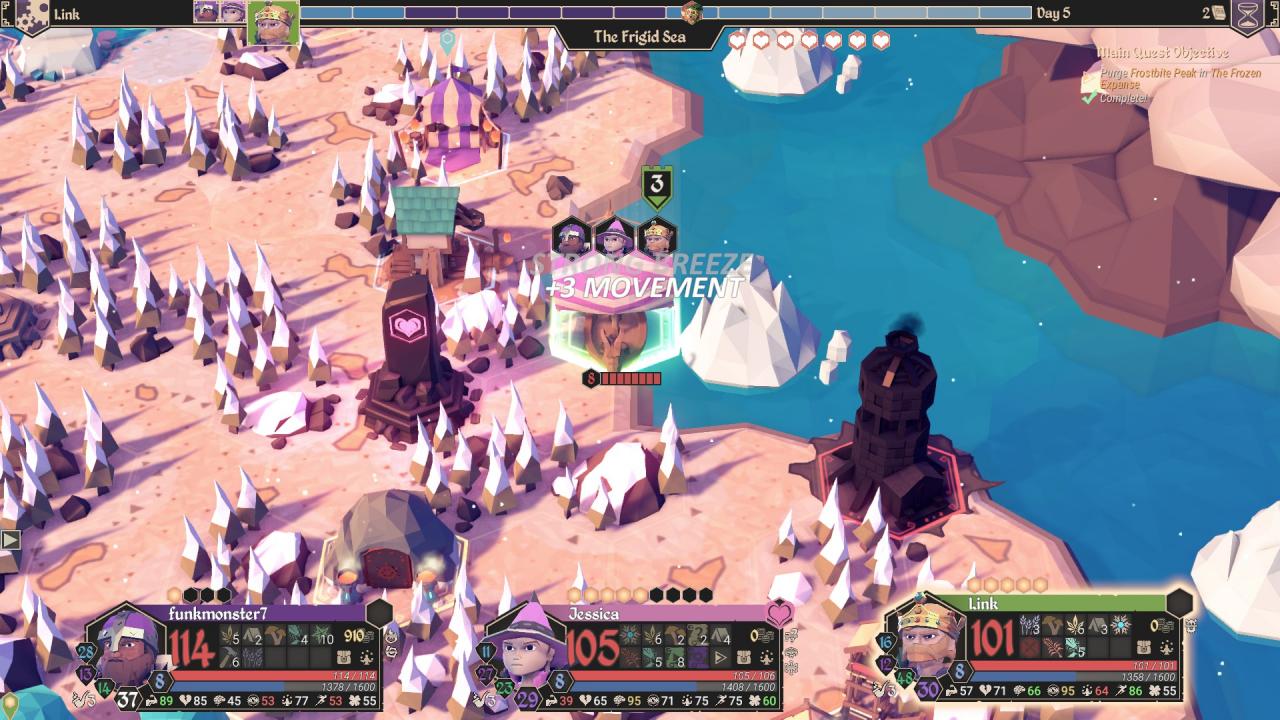 Universal Hint: equip hp regen items before turn ends to gain hp, in frost campaign tho, you cannot heal in the snow area, make sure you made your way into town/boat to do this.

Did anyone of you notice two things?
1: Frost Campaign and Gold Rush Campaign has no chaos, so no time pressure
2: The final ending for the Frost campaign is beating the final boss in the frost tower 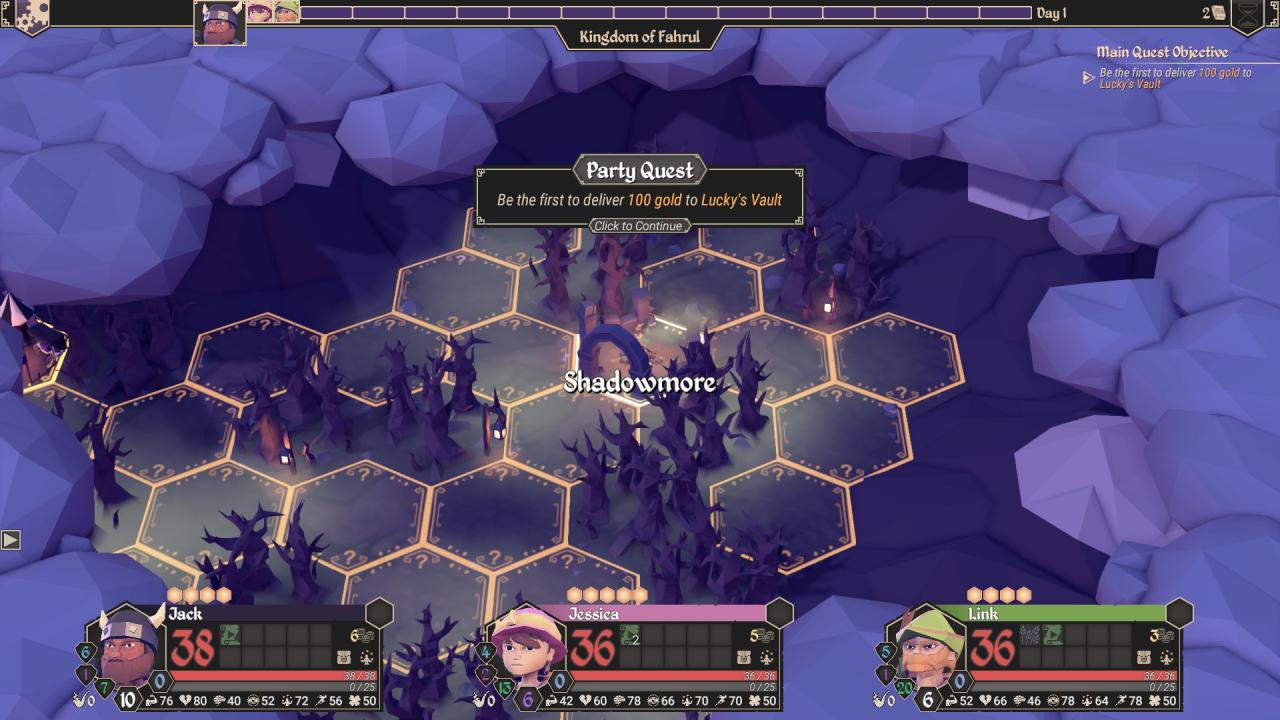 What if you just don’t finish it? That’s right! Infinite Campaign!
Written by BlueLightning #sellsLimitedCards

READ:  For The King: How to Defeat Master Difficulty Successfully