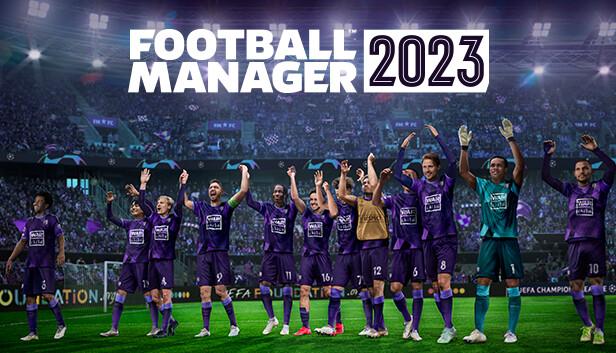 For Football Manager 2023 players who just want to choose one of the default tactics, plug and play, without having to create one from scratch themselves.

This will eventually be a complete list of all the default tactics with recommended formations that you can choose when creating a new tactic for your team. I will be testing how well the different tactics work compared to each other, and updating the list with the data as the testing progresses.

How am I testing?

I am manually creating the saves, choosing the tactic to be tested, and going on holiday until the season is over. The assistant manager is told to use only the chosen tactic and not to allow any players being sold.

I also set the staff to make players with bad match sharpness available for the reserve team, and to set up reserve team friendly matches if no regular matches are played.

If I ever get far enough I will be testing the top leagues in England, Scotland, Norway, Finland and Wales. This way, a wide variety of team and player quality will be tested, and hopefully the data we get will be a representative average of how well a tactic will work for any club you want to play with.

NOTE:
For some reason, I started testing this with the worst teams in the different leagues, so none of the tactics look very good at the moment. This will even out over time as more and better teams are tested and added to the results.

All tactics have been tested through 114 matches, which so far only means 3 seasons with Nottingham Forest. That means it is not a very robust data set that might change as testing continues with other teams.

By “Media Prediction” I mean the difference in where the media predicted that a team would end up, compared to where it actually did. A positive number means the team ended up in a better spot, a negative that it ended up worse than the prediction.

If you would like to test out the best tactic type that wasn’t covered by the top five, take a look at:

It didn’t quite cut it with its 0.75 points per match, but it is so far looking like a decent tactic if you just want to mix up things a bit without the club catching fire.

A quick runthrough of all the best and worst in each category.

Goals Against Per Match

If you would like to take a look at the data for all 29 tactics, I’ve uploaded a beautiful snip from my spread sheet for you here, sorted by average points per match. 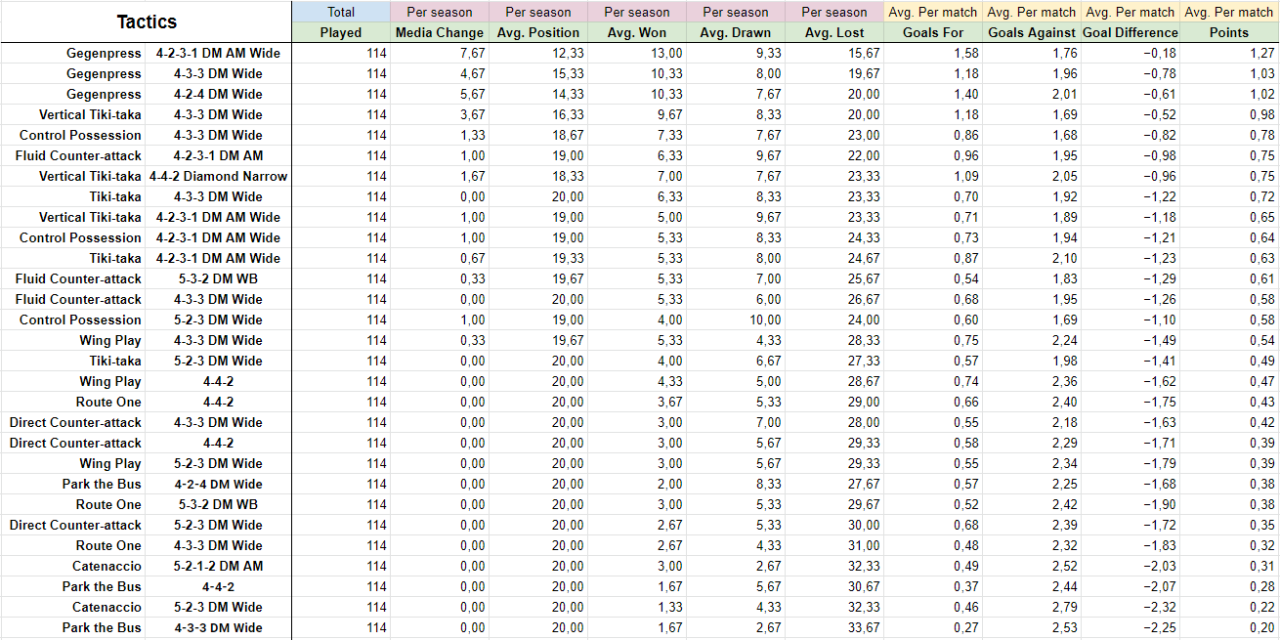 That’s all we are sharing today in Football Manager 2023 Best Default Tactic Guide, if you have anything to add, please feel free to leave a comment below, you can also read the original article here, all the credits goes to the original author FlabbyBawls