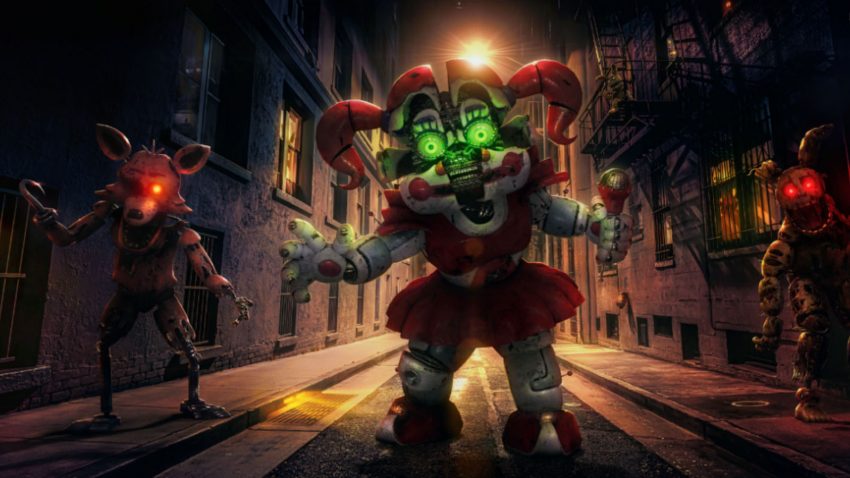 Five Nights at Freddy’s AR: Special Delivery has finally left early access and launched on Android, allowing you to terrify yourself all over again. here is the gameplay for the game.

The flashlight is activated by the flashlight button. When going against an animatronic, it makes static become more visible, but it will slowly deplete your battery.

Animatronics are typically invisible due to cloaking technology. They will occasionally drop their cloaking while rushing the player, when they go haywire, or just while the player looks around only to disappear immediately.

To find the invisible animatronic, the player must look around the room to find static. The stronger the static, the closer to the animatronic the player is looking. Animatronics will also cause static to appear on the screen by walking, which can make tracking them more difficult. Use of the Flashlight will amplify the effects of the static, making tracking easier.

Occasionally, strong static will overtake the player’s screen. They must shake their phone to clear it up. Tracking animatronics is impossible while the static is on screen.

Occasionally, the animatronic will suddenly appear in front of the player, twitching, jerking, and causing glitch effects ont he player’s screen. The player must look away quickly or else they will get jumpscared. Shocking the animatronic in this state will prompt an immediate jumpscare.

THERE IS SOMETHING TERRIBLY WRONG WITH BABY | FNAF AR: Special Delivery Gameplay Part 5

The game is free to download, but there are in-app purchases for select items. You can find Five Nights at Freddy’s AR: Special Delivery available for download now from both the App Store and Google Play. You can also visit the game’s official site for more info.