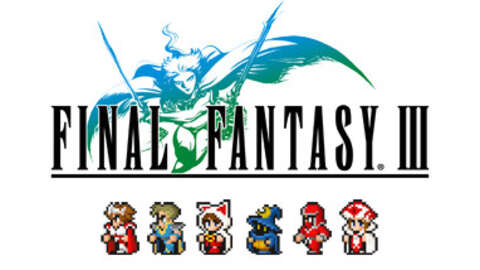 For FINAL FANTASY players, this is a quick guide to getting a better font in the pixel remasters! We’re going to be replacing the default font with the default font used by the game for Japanese players, which looks better in English

Step One: Turn off the game and go to the game’s folder. (It should be under Steam > steamapps > common > FINAL FANTASY PR.)

Step Two: Go to the FINAL FANTASY_Data subfolder. From there, go to the StreamingAssets folder.

Step Five: Profit! That’s all you have to do. No external downloads, and less than five minutes of hassle. Start up Final Fantasy Pixel Remastered and enjoy. For whatever reason, the font used for Japanese versions of the game looks fantastic compared to the default font for English speakers.

Note: I haven’t tested this for all languages or for Final Fantasy 2 and 3, but I assume it should work with those games as well and generally in all languages that use the Roman alphabet. I’m very interested to see if this works for you guys as well, so if it did, please leave a like and a comment below saying it worked.

That’s all we are sharing today in FINAL FANTASY How to Fix the Font (Without Download Anything), if you have anything to add, please feel free to leave a comment below, you can also read the original article here,  all the credits goes to the original author Uninstall Wizard