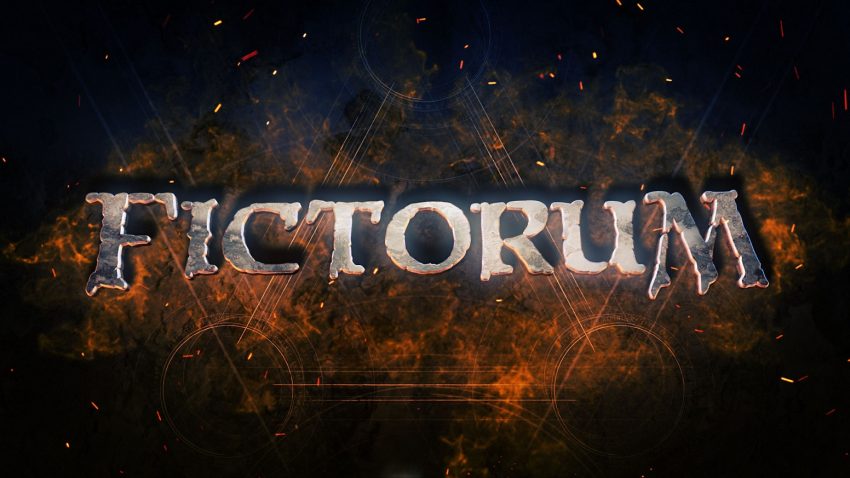 This lil handy guide is full of tips and tricks to take you from a 2-bit street performer magician, and deposit you in the halls of Legend!

So, you want to dominate your world? Well, why didn’t ya say so?

Now then, this guide is not the be-all and end all of everything in Fictorum that you can do to close the iron fist of your total domination around the throats of all the other meek, meagre fools who share the same air as you do.

But, I shall try to pack as much of my own hard-earned knowledge into this as I can.

So, domination, where to start. Well, titles of course! Personally, I quite like the Firebrand. The Blink is unfathomably useful in a pinch, and the Fireball is pretty powerful. The Fireball is also going to be relevant later, though other spells can be used in place of it.

Now, what you’re going to want to do is learn what is arguably the most goddamn useful ability in the entire game, Clairvoyance.

Press ALT when in a village/field/infested hellhole. If it doesn’t suddenly blow you away by telling you where every enemy, objective, tower and loot item is, then either its bound to another key, or there’s something wrong with you.

This ability is so damn useful. Just be super-wary of not draining your mana with it, then trying to channel runes. It slowly drains your MP, and stops regeneration, so don’t use it after burning 95% of your mana pool.

Now all you have to do is avoid blasting buildings that have loot in them, and we move onto the fun part…

Runes are an absolute game-changer. Personally though, these are some of the most game-annihilating combos I’ve found, alongside some of the best general utility spells.

Fireball – Sentinel – Spread – Storm. This will litter the map in Sentinel Towers which spew out a ton of Fireballs each. if you have a high MP-Regen character, be careful, or you’ll crash your game with sheer fireball spam.

Lightning Strike – Efficiency – Magic’s Reach. Nice and simple, my current lightning Strike costs about 15 mana per strike. I have 500+ Mana with 300% regen rate, I can call down strikes all day long. This is the best spell for direct attack in my honest opinion. You can absolutely hammer ANY enemy. It stuns, knocks back enemies, and you can blast shield-towers from pretty far away with it.

Frost Spear – Seek – Spread – Storm. Call down a handful of these on a dense area, run around for a while, and watch those blue bolts fly down and impale your enemy. Switch out Spread for Pierce and the spell goes a bit insane.

Flame Strike – Sentinel – Spread – Storm. A bunch of towers which spew out blasts of flames. Swap out Spread for High Velocity to make the flame wave unavoidable.

Fireball – Storm – Chaos – … Familiar. This spell…will coat your map in flames. Your enemies will drown in unholy fury. The Familiars will rend asunder the mortal coil and…really, just go and find these runes, you will quite honestly shiver in fear over how devastatingly powerful this is.

Meteor – Storm – Massive – Seek. This one doesn’t work quite as well, thje Meteorites don’t track very well sometime I’ve noticed. But…once those flying balls of death hit their targets…there’s nothing left standing. Swap out Massive for Spread to spawn a bunch of them. Swap that out for Multi-shot to destroy the Universe.

Like I said, these are just my own combos I have used and then ran away from, throwing my books to the Miasma to escape the crashing power of these abilities.

But…what seals the deal is…

So, you’ve got some runes, maybe you managed to make one of those devastating combos I mentioned earlier.

Now what? Well, now you start farming. Get to the end of Chapter 8, spank the Inquisition’s butt so hard they fly back to the start of the game, your hand still firmly grabbing their hair, and then take them on a rodeo all over again.

Do this a few times, until you’ve got the combo you want, then go on to the unseen lands of Chapter 9 and beyond!

(As of writing this, I haven’t reached that point yet, I don’t know what awaits us beyond those mist-covered gates, but if it isn’t awesome then my name isn’t Kaii!)

Hope you enjoyed this lil’ guide, hopefully it helped some of you find the Clairvoyance ability (I was so mad when I learnt that was a thing), and introduced you all to the joy that is Storm/Familiar combos. To be honest, any Storm/Familiar spell is stupidly powerful.

Well, I guess there’s not much to say but thanks for reading!

Okay, this isn’t related, but I figured I’d put this somewhere other than my profile.

Some of you may have noticed I talk in a dramatic way, that’s because I write Fanfiction! At some point I hope to see Fictorum on Fanfiction so I can write a dramatic story about the last member of the Fictorum.

But, for now, I just want to shamelessly plug my Fanfictions. if you want to read some of them (There’s a lot of them, I have a problem with starting more and more new stories. Right now I’m writing the Pilot chapter for a story where the UNSC Infinity crashes on Remnant. Should be fun!) then just hop onto my profile, there’s a handy-dandy link there!

Thanks for reading, and stay awesome Fireflies!