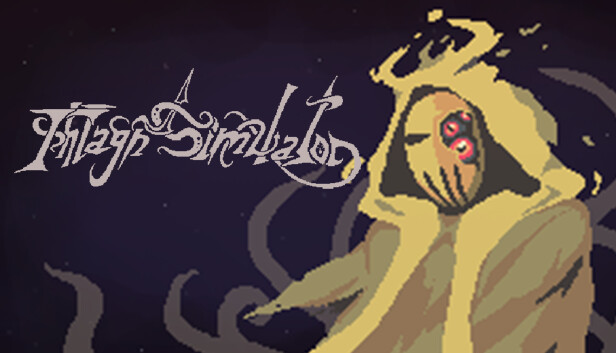 For Fhtagn Simulator players, this is a beginner’s guide to most of the archetypes in the game and ways to use them. By no means exhaustive or deeply thought out, this is intended for people who don’t know how to use the various card types.

Since there isn’t a guide to how the various archetypes work, I thought I’d make my own beginner one. If you disagree with anything here or have suggestions on how to get more out of them, please say so in the comments, and I will update and credit accordingly.

Core cards: Rlyeh, Cthulhu, [Cthulhu]
Core relics: Monolith
Suggested relics: Knife, Fang, Nightmarish Painting
A simple build, relying primarily on might generation from Rlyeh, Deep Ones and Hydras to stack might on Cthulhu. Monolith is your preferred relic, followed by anything else that ups your might, such as the Fang and Knife.

Core cards: Forest, Broken Amnion, [Evolve]
Core relics: Lucky Coin
Suggested relics: Torch, Counter, Camera, Fang
An equally simple build, although more luck dependent. Forest and Lucky Coin help a lot. If it’s working as intended your deck will quickly become humongous, which is good because you need as many chances to trigger Shub-Nigguraths as you can get. Difficult in Law due to the limited number of slots – Chaos absolves this by doubling the number of activations each slot gets. Don’t worry if you never get to pick a Shub, your eggs will turn into them eventually. Extra draw from Torch and Space Mead can cover some bad luck, and the Counter, Camera, Nightmarish Painting and Aromatherapy Oven give you a nice boost in spirits.

Core cards: Yoth, Snakes, Serpent People, Yig
Core relics: Snake Slough, Voodoo Doll
Suggested relics: Bell, Wills, Mirror
The mirror to Shub-Niggurath, a Yig build creates a massive graveyard rather than a massive deck, which then generates heaps of spirits with Yig and the Snake Slough. A few Serpent People will bring back cards so you can trigger Yoth again to add more snakes to destroy, and the Voodoo Doll will double the return from the snakes themselves. Adding Wills and the Bell will channel some Might into the handful of cards that don’t implode.

Core cards: Cthugha, Fthaggua, Thermal Stone
Core relics: Letter of Nester
Suggested relics: Monolith
Fire bad, until it’s not. At first glance this deck is self destructive, but once you get enough cards which make Burning positive it functions like a Might deck, with Cthugha generating plenty of extra spirit from all those lovely flames. The Letter of Nester simply adds to the Might comparison.

Core cards: Ithaqua, Big Foot, Thermal Stone
Core relics: Freezer
I’ll be honest, I don’t really know how to get the most out of this archetype, but I have completed a run with it. Freezing compares to Multiple, and works by building stacks which are then expended when the frozen card activates, essentially delaying its activations so they all go off at once. In the presence of Ithaqua the spirit value of each point of Freezing is doubled, so you’re really saving up until you can get it – or multiples of it – out. The Freezer doubles your Freezing stacks, which speaks for itself.

Core cards: Mountains of Madness, Proto-Shoggoth, [Discard], [Potion]
Core relics: Electric Gun, Fang
Another archetype I’m sure I don’t fully understand. Feed your deck to the Shoggoth. That’s it. There are definitely other things you can do with the archetype, but if you don’t want to think too hard this is simple and effective.

Core cards: Believer, Host, [Human], Foresee
Core relics: Invitation Letter, Cultes Des Goules
Suggested relics: Pager, Bread, Pocket Watch
Perhaps the cultiest of cults, Faith scales fantastically well since Crowd is never cleared. A single Foresee, a few Hosts and Believers and as many humans as you can get will generate a ridiculously large amount of spirit. Pinning a few Yog-Sothoths will speed things up. Faith also works well in conjunction with other archetypes that can make use of loads of humans, and pivots out of them. Note that you’ll never get rid of Investigators since they’ll build Crowd as well, but as long as you protect your Foresee by blocking the spaces beside it that will never be a problem.

Core cards: [Ghoul], [Graveyard], [Offering]
Core relics: Invitation Letter, Cultes Des Goules, Mirror
Theoretically the monstrous version of Faith, in practice it’s much harder to leverage the Crowd Ghouls acquire, until you can get a Ghoul Priest, Ghoul Crowd, or the Cultes Des Goules. It also needs a steady source of humans to build numbers, while Faith can run itself. Don’t take the Shotgun, Ghouls don’t have the Kill type. I’ve never gotten this one to work personally, but I hope to one day.

Core cards: Witch, Rat Thing, Yog-Sothoth, Foresee, [Spell], Hourglass
Core relics: Pocket Watch, Monolith
Suggested relics: Human Skin Book, Freeze Gun, Philosopher Stone, Mirror
Witches casting spells to make themselves stronger. What more do you need? Use Foresee to draw everything you can and then watch the Might rack up. Pivots decently into Faith thanks to all the Countdown.

Core cards: Bast, Black Pharaoh, Altar, [Offering], [Kill]/.45 Pistol
Core relics: Black Pyramid, Bell, Brain Container
Suggested relics: Shotgun, Cat Paw, Monolith
Blood is what the gods so often want, so why not give it to them? Bast can keep some poor unfortunates alive forever, feeding your monsters and empowering the Pharaoh. Giving him the pistol will allow him to benefit from a Multiple offering as well.
Alternative build

Core cards: Bloated Woman, City
Core relics: Wills
Alternatively you can let your monsters feed on a city, switching the precision of offerings for mass carnage.

The King in Yellow, the Dramatic

The eldritch theatre group. Maintaining enough people to actually READ the play can be an issue, but is generally solvable in two ways: generate more readers, or use Crowd to keep your readers alive. Both paths synergise reasonably with those archetypes. Pinning an item other than The King in Yellow to your sources of readers and books will prevent you running out of both.

That’s all we are sharing today in Fhtagn Simulator Beginner’s Guide to Archetypes, if you have anything to add, please feel free to leave a comment below, you can also read the original article here, all the credits goes to the original author Mistress Brightside