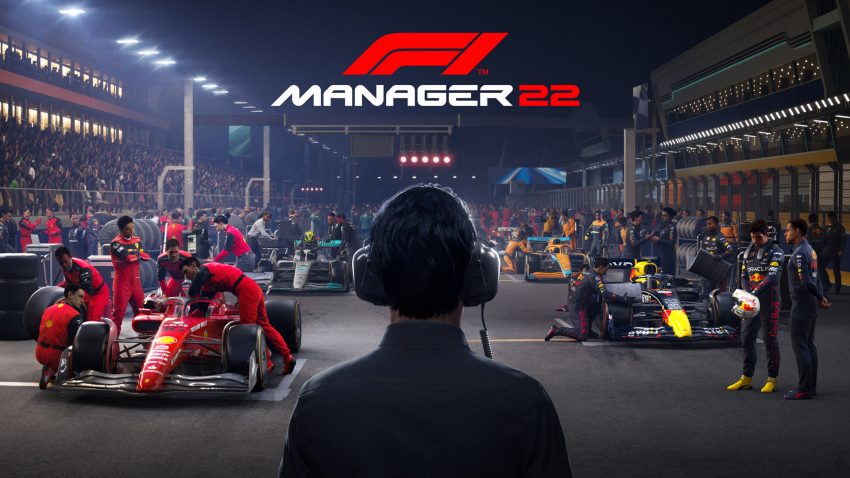 For F1 Manager 2022 players, this guide provide the list of all drivers and key staff currently in the game with ratings and contracts at the start of the game.

The full list is available on the following Google Doc:

This document contains ratings and contract details on all drivers and key staff that are currently on the game, I started working on it shortly before early release.

I could have just put the link and let you see the data but while doing it I also have made some observations I wanted to share, so I made a few parts detailing those observations, this is not a complete and definitive guide by any means but hopefully it is helpful enough.

I will try to update the doc and this guide if there are changes or if I have new discoveries to share.

Among the 22 F2 drivers there is one fictional driver: Denis Moreau, who starts the game driving for Carlin, in the car that should be attributed to Lawson, since the game doesn’t allow a driver to hold two contracts at the same time, Lawson couldn’t be AlphaTauri’s reserve and be a F2 driver at the same time, so I assume the devs created this fictional driver to plug that hole instead of using one of the free-agents. This is technically not a newgen as he appears in every save with the same attributes, but like all newgens he doesn’t have a nationality.

The free-agents are the drivers who substituted for other drivers in F2/F3 until the Austrian GP, so at the time of release, drivers like Christian Mansell*, Oliver Goethe and Tatiana Calderón (who joined the F2 or F3 grid in the Hungarian GP or later) are not in the game although they could be added in a patch. In any case I will try to keep the document up to date if there are changes or additions.

* totally unrelated to Nigel if you wondered

There are two sheets for driver ratings:

On the detailed table you can find a calculated OVR value: When Frontier started to release the final driver ratings and attributes for Ferrari, Red Bull and Mercedes people (myself included) quickly realised that the OVR is not an average of all attributes but that some attributes had more weight than others, the community doesn’t have the definitive answer but The_Jacko on Reddit found a formula that almost works, I’m using his formula for the “Calc OVR” column, the calculated values that are different to the actual OVR are outlined. I also used this formula to give each driver a rank, meaning Hamilton is actually the best driver at the start of the game apparently.

Here’s a breakdown of all driver attributes:

Most of the attributes are pretty self-explanatory, “Reactions” is basically the “Thottle” skill and “Adaptability” the “wet-weather” skill.

Driver potential and Aggression are both shown on the menus as either “Low”, “Medium” and “High” but Driver potential is actually a number (and I think this is also probably the case for Aggression), the potential exact value can be seen at the end of a race on the experience screen. At the moment I have left the “Low”, “Medium” and “High” values, maybe I will put the figures if I can find a convinient way to find them, or if I take the time to collect them.

Do note that at this time the attribute ratings of most F2/F3/free agents drivers might not be exact as they come from scouting done 10 days after the start of the game and those driver can already gain a point or even two during that time frame. Some of them I could sign to see their stats on Day 1 (I just need time) but the other won’t be possible for reasons I will explain on the Driver contracts section, not until I have access to the game’s data anyway.

The “Driver contracts” tells you the contract situation of every F1 driver at the start of the game, I have no details on F2/F3 drivers yet but from what I could see, all their contract end at the end of 2022 making to cost to hire them fairly inconsequential.

This is the position of the driver within your team, from what I can see so far it doesn’t seem there’s any difference between Car 1 and Car 2, so if you want to sign Hamilton or Verstappen to your team and the driver you are looking to replace is driving Car 2 they won’t mind.

Do note that if you promote your reserve driver it will always be at the expense of the race driver you are replacing, the replaced driver will be effectively fired, not demoted to reserve.

Not all drivers can sign in F1 at the start of the game, in real life there’s of course the superlicence which you can get by fulfilling a number of requirements including having good enough results across a period of 3 years to score enough points but in-game the system is much more simplified and there’s no points system due to the crude way F2 and F3 have been integrated into the game.

In the game, a driver needs to fulfil two conditions to be eligible to sign for your team (and that includes race and reserve drivers):

If you cannot propose a contract to a young driver it will be for one of those two reasons.

Fun fact: One of the few F3 drivers you can sign at the start of the game is actually the worst driver of the game: Federico Malvestiti, rated 32 OVR.

For example, you start the game at Alfa Romeo and want to replace Bottas for Pérez, you would then need to pay the cost to break Bottas’ contract ($16.9M, ouch) and buy Pérez current contract at Red Bull ($19,8M, double ouch), as you can see it can add up quickly if both the driver you are looking to replace and his replacement have long contracts.

The formula of the cost of breaking the contract of one of your drivers is roughly the following:

The formula above won’t give you the exact sum (it is a few $ off and you can see the exact sum for your drivers on the contract menu at any time anyway) but it gives the general idea.

Basically it means that it costs half the yearly salary per year of contract remaining, but the cost is recalculated every day meaning the less days remaining in the contract, the cheaper it gets to break it.

As the game starts on March, 7th and contracts all run to December, 31st (be it 2022 or later) it means it costs about the following to break a contract on the first day of the save:

If you wait until March, 17th (10 days after the game starts and the time you need to scout a driver) to sign a driver or key staff you can save roughly 1% when breaking the contract.

Each team has 4 key staff members:

For all key staff the OVR is the average value of all their attributes. I have put the scouted values for F2/F3/free-agents staff, I am less worried about them gaining a point during the 10 days necessary to scout them as they gain experience at a lower rate than drivers.

Speaking of experience, the base value is 100 XP per week, plus your facilities’ bonuses (Team Hub).

TC and HOA have each 22 people in their roster at the start of the game:

READ:  F1 Manager 2022 How to Get Perfect Setups (Setup Calculator)

McLaren seem to have fictional names for their staff as pointed out by some players, for example Will Joseph and Tom Stallard are note McLaren REs, we can assume there was licensing issues and that it won’t be fixed.

In general F1 key staff are better than their F2/F3 or free-agents counterparts, with a few exceptions

Those are the Race Engineer attributes:

Each RE also has a driver affinity attribute depending on the time spent with the paired driver (in weeks) and his communication skill. At the start of the game, the drivers who just joined their team (eg. Bottas, Albon) have 0 week paired with their RE and a low affinity, those who have spent a season with their team have 52 weeks and a good affinity those who have been with their team two seasons or more have a great affinity.

Not much to say about Technical Chiefs’ ratings as they are pretty straightforward, each attributes corresponds to a car part, the better the attribute the better the TC is at Developing the corresponding car part:

Same thing as Technical Chiefs, there’s not much to say, Head of Aerodynamics have an impact on car attributes, the difference being each car attribute are affected by different car parts:

All Key Staff Contracts only have two attributes: The duration and the yearly salary, you don’t need to worry about bonuses.

As with drivers, the cost to break a contract is half the yearly salary per years remaining, please refer to the Driver Contracts section for more info.

That’s all we are sharing today in F1 Manager 2022 List of Drivers and Key Staff, if you have anything to add, please feel free to leave a comment below, you can also read the original article here, all the credits goes to the original author jtarj