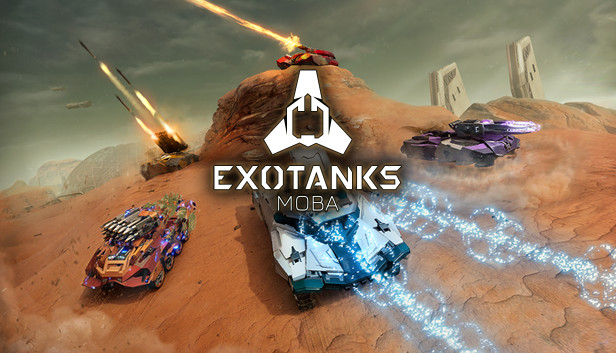 Exotanks – a unique game in which all players get into a completely new tank world. This guide will tell the players about different secrets and the most important game mechanics.

● EXOTANKS is a team based tank shooter, where you can control the battle vehicles of the future. All battle vehicles in the game are designated as “Exotanks” and the Player plays the role of “Ryder”, a pilot of such a machine.
● During the battle, the Player must carry out battle tasks. They depend on the game mode.

Use of capabilities and rank Exotank

● The winning strategy is the competent use of Exotank capabilities.
● The Player is recommended to carefully study the machine’s capabilities. This can be done in the hangar or by calling a hint during the battle (F2 key).
● When carrying out battle tasks and destroying enemies, the Exotank can be upgraded up to 4 times during the battle (up to rank 5). Each upgrading enhances the existing capability or gives a new one – active or passive upgrading.
● Also, from rank 2 in the battle, the ultimate (especially strong) capability of each Exotank becomes available.
● Exotanks can only be upgraded during the battle. Outside of battle, the Player cannot provide Exotank with new capabilities or improve their performance.

● Each Exotank has its own effective range. Beyond this range, the projectiles will not harm enemies.
● If the distance meter above the enemy is white, it means the weapon can reach it, if it is red, it is useless to shoot, you need to come closer.
● In different Exotanks the battle range can be 100, 200 or 300 m

● Exotank armor reduces the incoming damage.
● All Exotanks are provided with most powerful armor in the front of the hull, and the weakest in the back. It is advantageous to shoot the enemy in the rear and not to the front.
● Damage due to some capabilities can ignore the armor, it is indicated in the capabilities description. For example, the fire that the Dragon Exotank creates with the Pyrocartridge ability ignores any armor.

● Various capabilities apply different effects to Exotanks. The effects are shown as icons above enemy and friendly tanks.
● The effects imposed on you are shown above the capabilities icons.
● If any effect has already been imposed to the Exotank, the second such effect will not give additional effect.Examples:

1. Dragon Exotank spilled burning fuel. The enemy got into the fire. The Dragon fires a pyro cartridge, spilling more fire. But the enemy will not receive double damage.
2. Saboteur Exotank used the “Shock Trap” ability and disabled the enemy Exotank. After that “Cyborg” uses “cyber attack” on the same enemy. The “disable” effect will last, but no double effect will be imposed.
3. Mechanic Exotank uses its “Repair drone” ability on friendly Dragon tank. The drone restores Dragon’s durability. If the Dragon uses its “damage converter”, it will not receive additional recovery.

● In this mode, the main battle task is to capture special objects: “control points”. The additional task is not to allow the enemy to capture them. There are three such points on the map.
● Usually, at the beginning of the game, the teams have one captured point; the teams control territories near their bases.
● Each point gives the team victory scores. The first team to score enough points wins.
● Military drone fights on the side of each team – it captures points almost instantly and has great durability, but moves extremely slowly.

● In this mode, the battle task is to control the territories of two transmitters. For this purpose, it is required that at least one friendly Exotank be near the beacon and the player needs to drive all opponents out of the territory.
● The beacons under control sends a signal into orbit. The task of each team is to send a signal before the enemy does.

How to get more credits?

● For the first victory of the day, the player receives a bonus reward.
● Add your friends, play in a group and this will give a bonus reward.
● Reward boosters and special missions will be available soon. Keep for updates

● You can apply various emblems to your Exotank. Emblems last a certain number of battles, and then disappear.
● The emblems remain on the Exotic if you change its camouflage.
● You can change the size and color of the emblem, pay attention to the hint on the emblem screen.

That’s all we are sharing today in ExoTanks Game Mechanics And Secrets Guide, if you have anything to addm please feel free to leave a comment below, and we’ll see you soon.