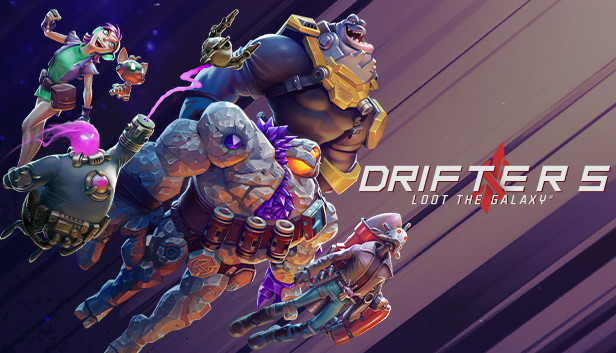 New to Drifters Loot the Galaxy? Check out our official guide on getting started, from your first steps to advanced tips! Let’s check it out.

When you first launch the game, you’ll be asked to register for an account. This provides us with back-end tools and analytics. Type in your email and create a username and password. NOTE: You cannot use any special characters in your username.

The Main Menu features multiple options on the left-hand side. The top right shows your profile, stats, and currency, and allows you to invite friends to your party using the Plus button. The bottom right features our important news like updates and community play session times.

Once you matchmake into a lobby, players will lock in their chosen Drifter one at a time in a random order. A maximum of two players can choose the same Drifter. While waiting for your turn, you can select a Drifter from the grid to display an indicator to your teammates that you’d like to lock in that Drifter. To help you choose, selecting a Drifter will also display a brief description of how they play.

The most successful Drifter will employ a mix of fast, unpredictable movement, grapples, pinpoint accuracy, and will stay off the ground. Left-Shift activates your Drift-Pac. Pressing it again will deactivate

it and drop you back to the ground. Good news: there is no fall damage, but don’t fall off an edge or you’ll experience instant death!

Pressing F to grapple edges is a great way to quickly navigate the battlefield. Glowing yellow bars will quickly regenerate your energy, so it’s worth factoring those into your route. You can also grapple loot towards yourself!

Every Drifter has an alt-fire, two active abilities, and an ultimate ability. Holding right-click to alt-fire will have different effects based on the character. It might be a simple aim-down-sight or a completely different functionality, like a lock-on or attack beam. The Q and E keys control active abilities. Pressing F1 will pull up a menu explaining how these function in detail. The Z key activates an ultimate ability which can turn the tides of battle. Note: Ultimate abilities must first be unlocked in a match using the tech tree. 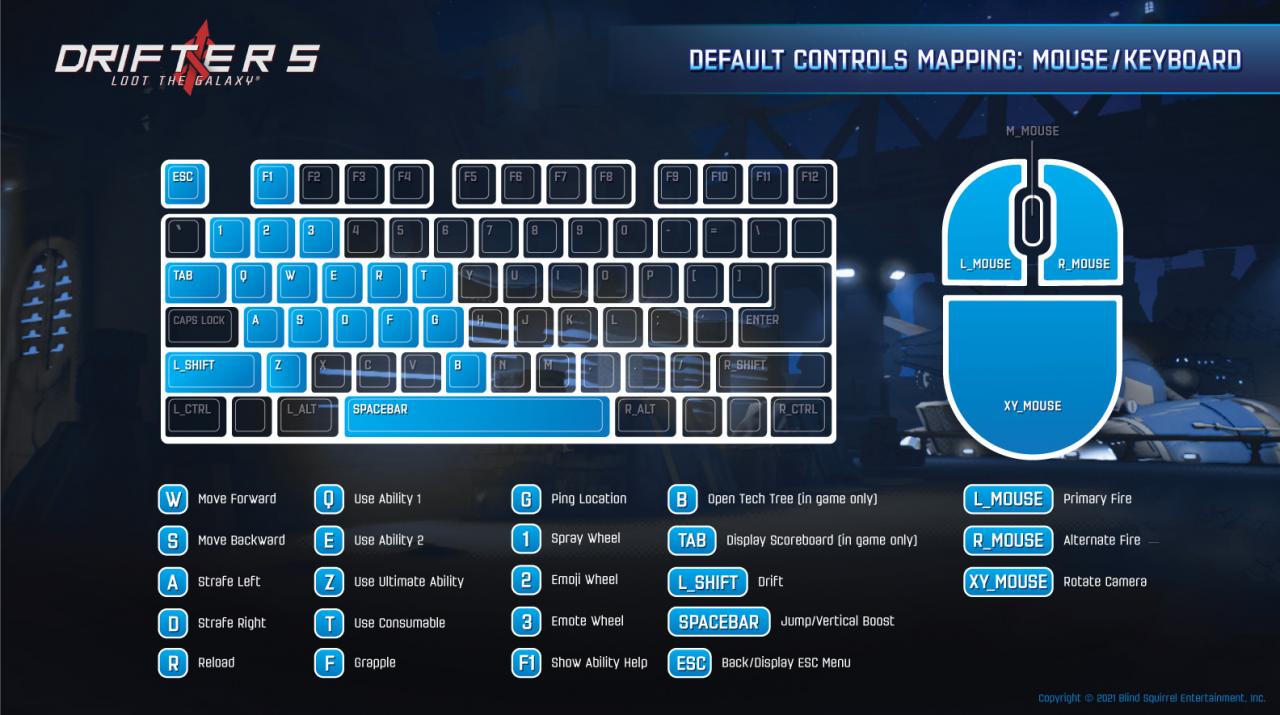 Each match of Drifters Loot the Galaxy tasks you with moving the payload to your ship at the opposing end of the map. This is where the enemy team spawns, so you’ll have to deal with them more and more frequently as you inch closer to victory.

Standing in proximity to the payload causes it to begin moving. It will move faster with each additional present teammate.

As you progress, you will push through checkpoints. These are indicated by markers on the top progress bar. Every time a checkpoint is reached by either team, a ton of loot is spawned around the payload. Collecting pieces of this loot will claim it for your entire team, whether it’s your checkpoint or the enemies’.

If neither team has been able to reach their goal when the timer runs out, overtime will begin. Push the payload past the halfway point and keep it uncontested by enemies for 10 seconds to win the match.

Scattered throughout the map are various ways to earn loot, breaking loot chests and destroying roaming Minions being your best bets. Gathering loot will earn you in-match credits you can use to level up your Drifter. Blue loot is just for you, while yellow loot goes to the whole team. You can find loot in hallways, in boxes, and by killing enemy players or Minions in the environment.

Pressing B opens your tech tree where you can purchase upgrades for your Drifter. Choose wisely, because once you upgrade you cannot go back.

A key reason for killing Minions is to obtain equipment drops. These appear as glowing, circular icons in the environment. Once acquired, pressing T activates your equipment. The higher the tier of the Minion, the rarer the drop. A giant gold turret named Chester will drop a deployable version of himself when destroyed. Some types of equipment include… 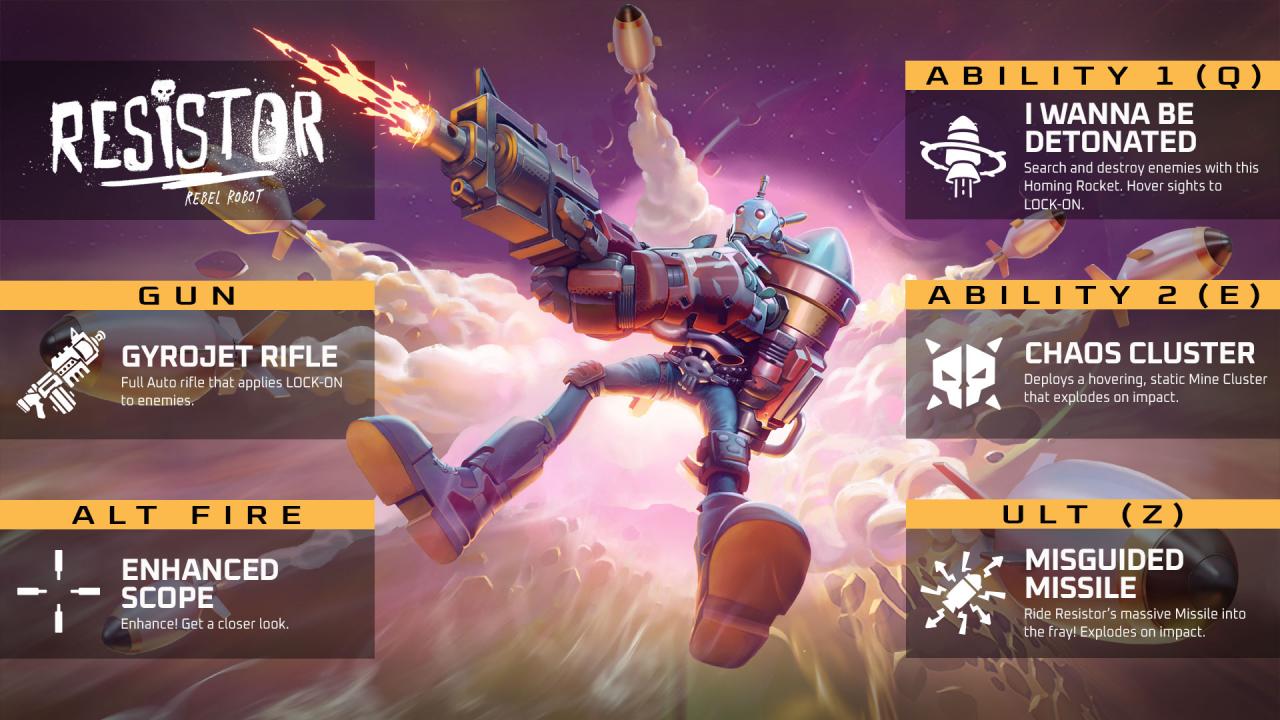 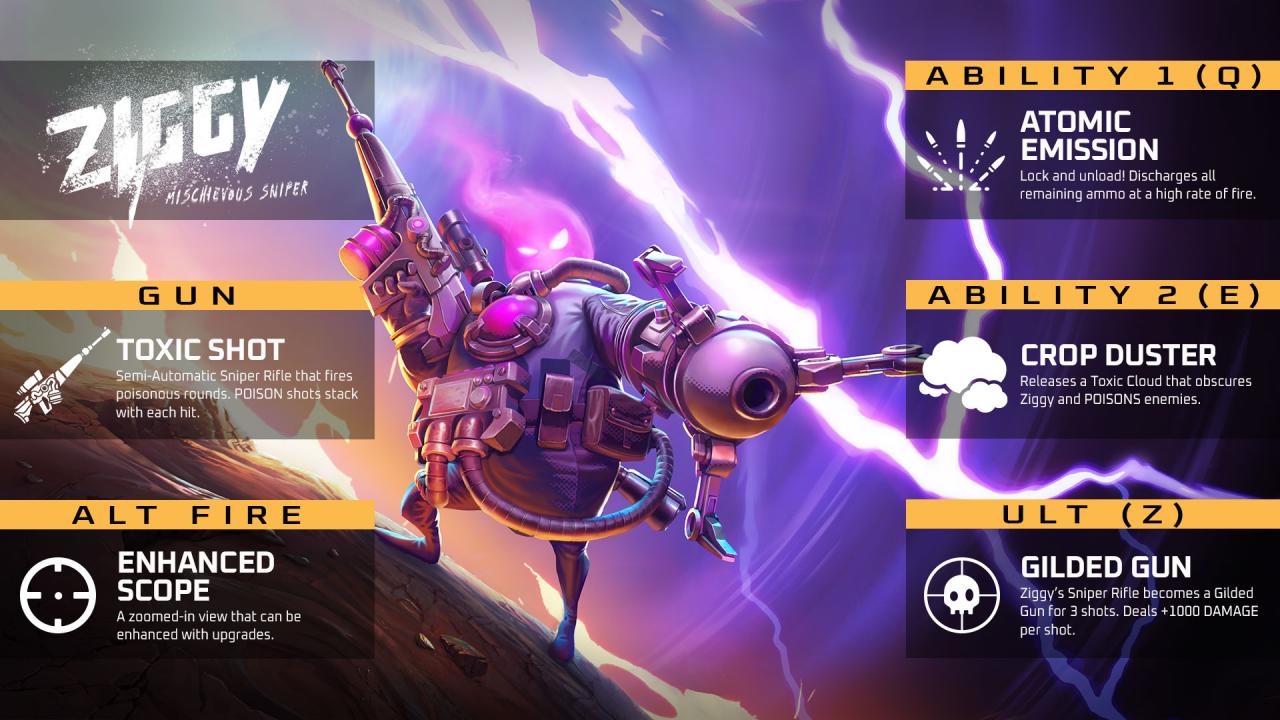 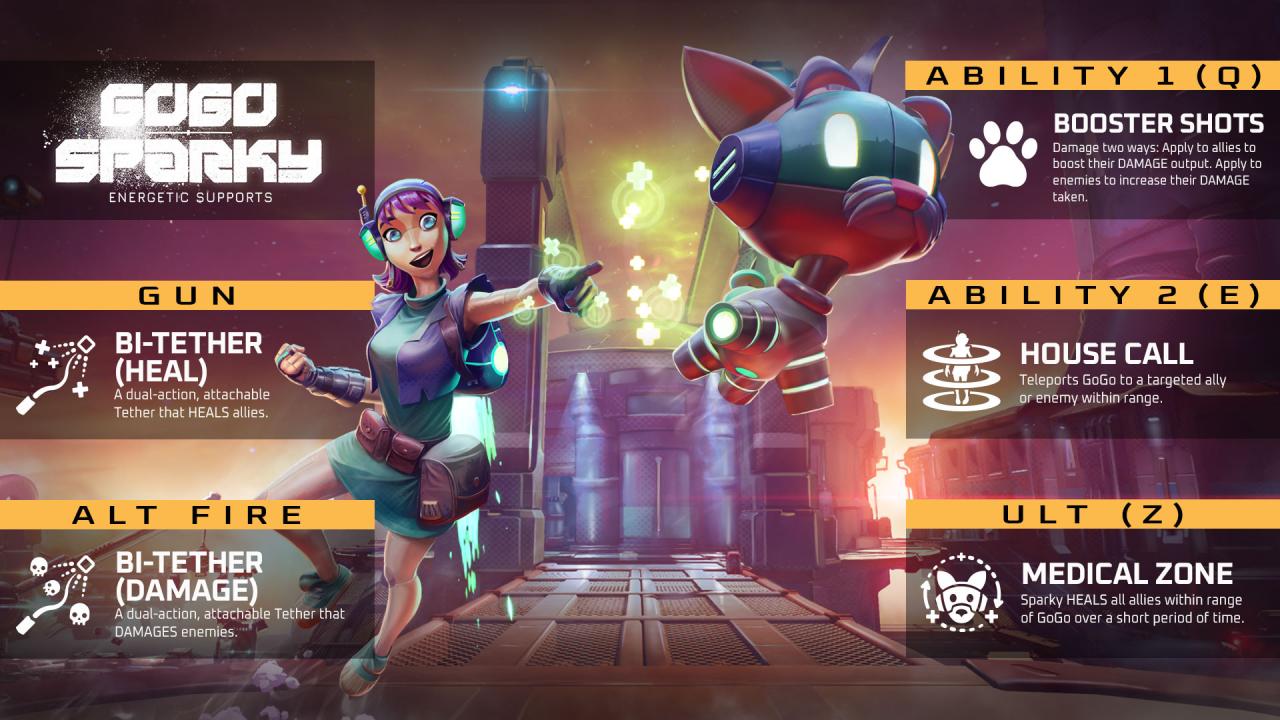 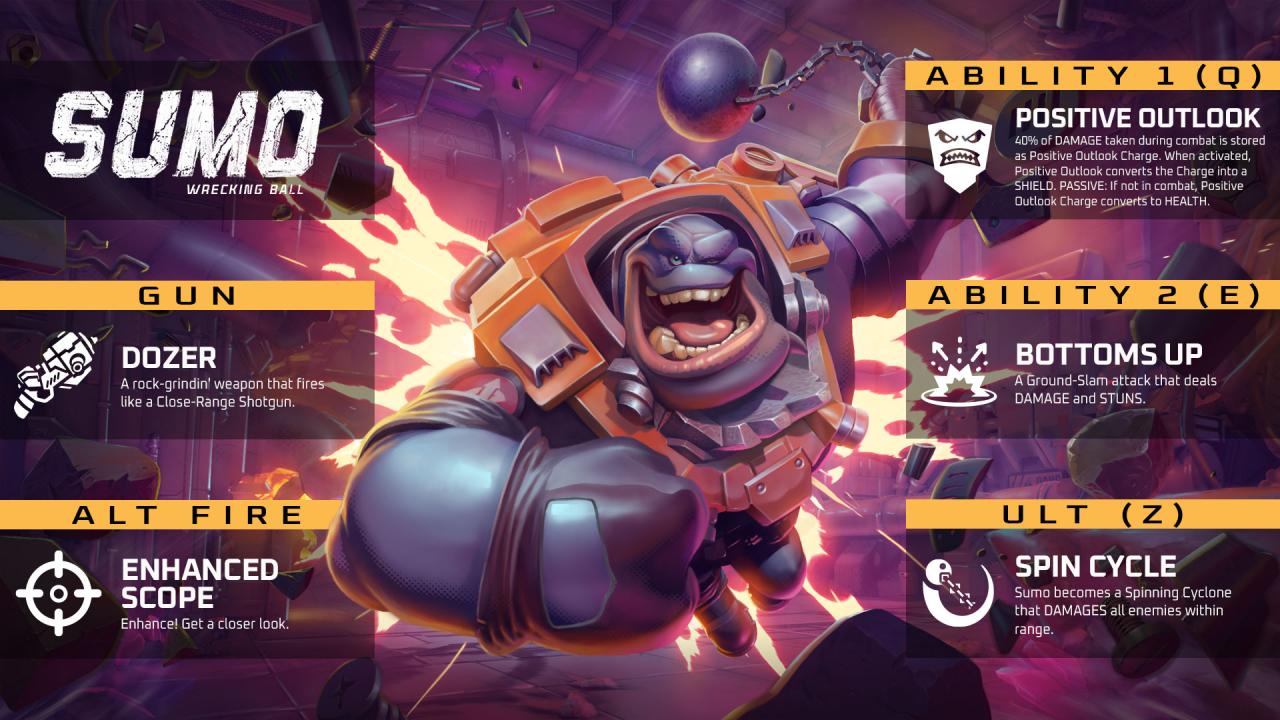 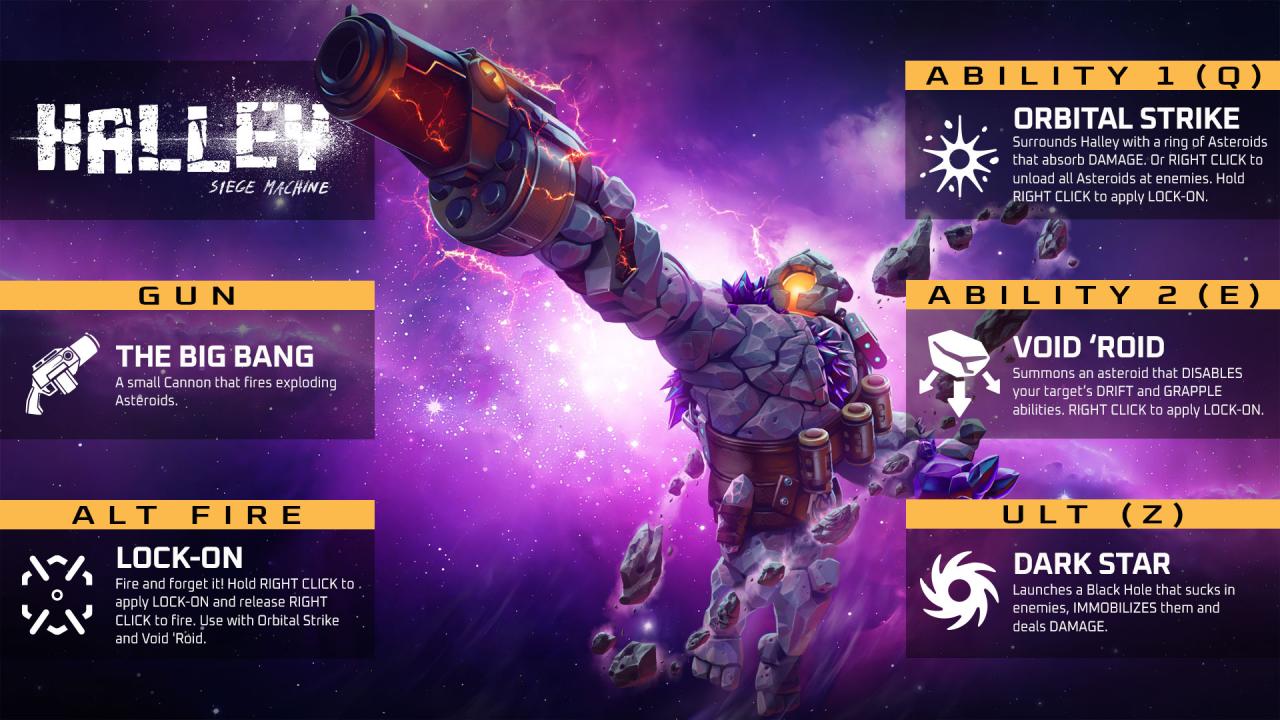 That’s all we are sharing today in Drifters Loot the Galaxy Ultimate Beginners Guide, if you have anything to add, please feel free to leave a comment below, and we’ll see you soon.
Credit to potts