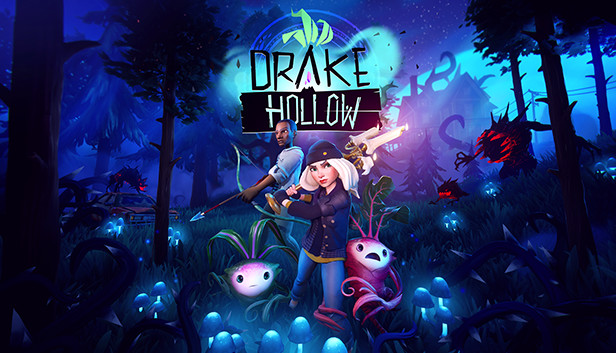 For Drake Hollow players, this is a guide about achievements, some possible collectible locations, and gameplay tips, let’s check it out.

Some answer for questions you would ask

How can I repair buildings?

You need to enter inspect mode with X and then interact with the buildings.

How can I connect water/electricity to a building?

You need to enter inspect mode with X and then interact with the building to get the cable and then connect that cable to the building which you want to add to the network.

How can I repair a weapon?

Unfortunatly, it is not possible in the game right now.

How can I get a weapon with better quality?

Drops based on the level of your camp. For example: On level 6 you will get start blue quality weapons. However monsters gets stronger as you progress on the chapters, so don’t avoid leveling your Drakes and camp.

Achievement influenced by your complete walkthrough

Ignored the Call
Ignore the call for help, and return to your normal life.At the start of the game don’t enter the “gate” once talked with the bird, just turn back and run back. Game over, but this unlock the achievement.

Unbreakable
Complete a full playthrough of the campaign without dying.

Currently I don’t know yet, if it works to load your oldest save game in case you died. I trying my walkthrough this way, will update this part once finished.

You need to get all notes in a single playthrough

Midsummer
Travel to Chapter 2: The Summer

All Hallows’ Eve
Travel to Chapter 3: The Fall.

In Contempt
Defeat the Lord of the Terminer, magistrate of the Court.

You will unlock this achievement easily around halfway to the end. If not just place a waypoint, dismantle, and place it again until earned.

Build 100 improvements in your base, don’t need to be done in a single campaign, but it is very unlikely that you will get to the end of the campaign without earning this.

The light speedway for “fast travel” between waypoints is the rail. It is very unlikely you will finish a single complete campaign without completing it and there is a global character value for this, so you dont even need to do it on a single playthrough.

Titan of Industry
Exceed 40 production a day in Entertainment, Food, and Water.

Quests will ask you higher and higher camp level as you progress through chapters. Camp level earned by having Drakes and you will get to a point when you need to produce enough resources for this achievement just by keeping alive the Drakes.

Fisticuffs
Kill an enemy using only your fists.Suggested to do this as soon as possible as your fists doing only 1-2 dmg so you want to do this at the beginning on a low level monster.

Rebound
Kill a Fang with its own projectile

Houndlike enemies and they usually attack you with a ranged projectile. With a timed attack using your melee weapon you can send it back. If it kills the Fang then achievement unlocks.

Logistican
Send over 1000 materials to camp.

You need to build up a waypoint channel for easier traveling. There are some VANs on many islands. Connecting these to your waypoint “speedway” will loot up the materials from the VAN. Achievement unlocks once 1000 collected from these cars.

Like logistican, but instead of amount, you need to connect eahy type of resource VAN to your camp at least once.

If a drake is losing health then interact with him/her and select the healing option. They go underground when a raid starts so an easy way to get this achievement is if you interact with one when the raid starts and stop the interaction once the drake is damaged. After the raid now you can help up the damaged drake.

Groundskeeper
Clear all corruption vines and nests on a single island

Clear all the vines on an island. You will get this achievement easily while playing the game.

Weepy Eekins
Send Weepy Eeeking to cry in the dirt

During Spring season there is an island with a cave and there is a shadow, visible on the picture. Keep talking with him/her until he/she depops, which unlocks the achievement. 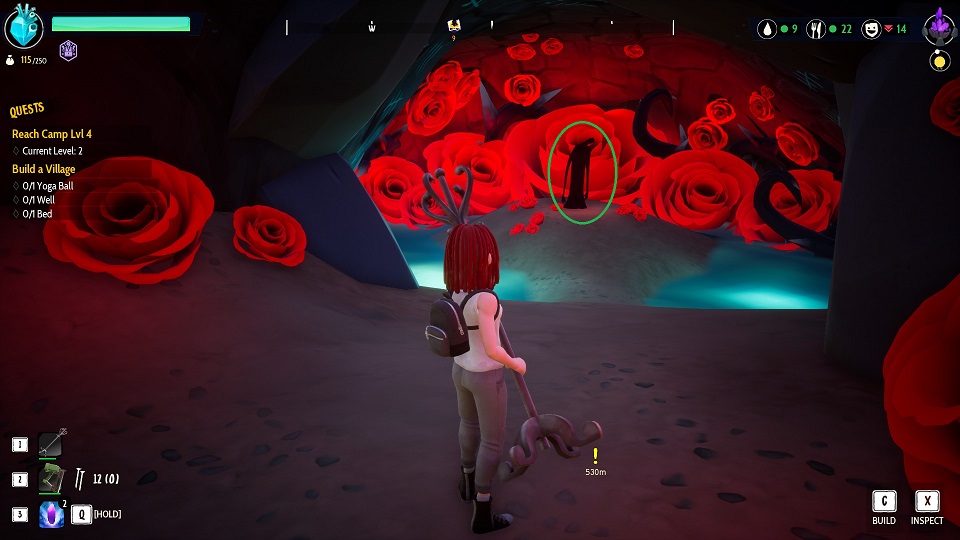 At the Spring-bank location there is one ambush location. Once the enemies pop, just jump back to the wooden “bridge”, enemies not going to jump up to there and you can finish them off with your ranged weapon. Start with the ranged enemy if there is any around for you. Save before so you can reload in case you fail with it. 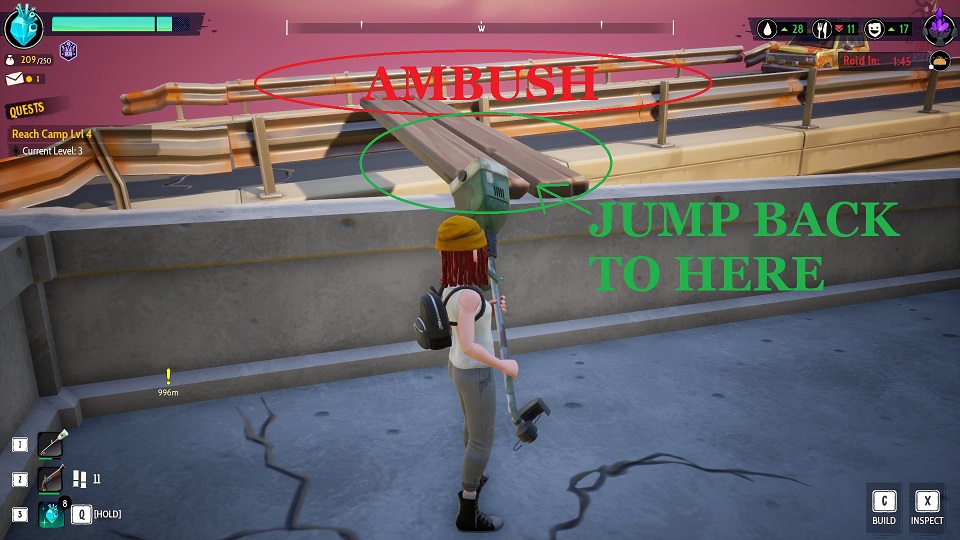 Pathfinder
Discover every islands in a biome

Weed Whacker
Clear all corruption vines and nests in an entire biome.

Same as the Groundskeeper achievement, but this time you need to kill all vines on every single island. You can move to next chapter before visiting all islands so this is missable.

Untouchable
Defeat a raid at camp level 7 or higher without any Improvements taking damage.

Build decoys around your camp in a circle and beat the raid. I done about 12 and was enough to kill all incoming monsters while most of the decoy was still alive. You can leave the decoys there for future raids as you want to finish Trickster achievement too.

Use decoys so enemies will attack them instead of you. Decoys also useful to get Untouchable achievement.

ONE EARNED AUTOMATICALLY, WHILE HEADING TO THE BASE 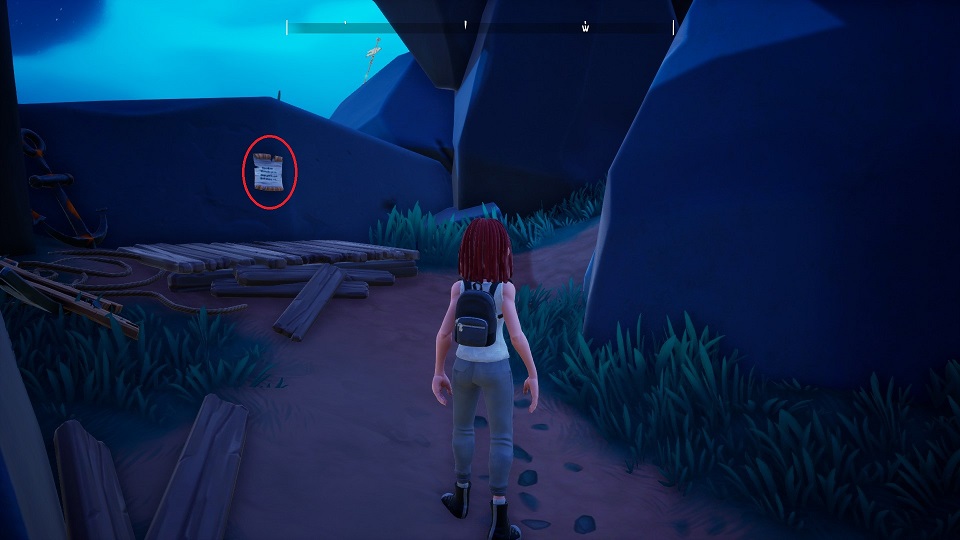 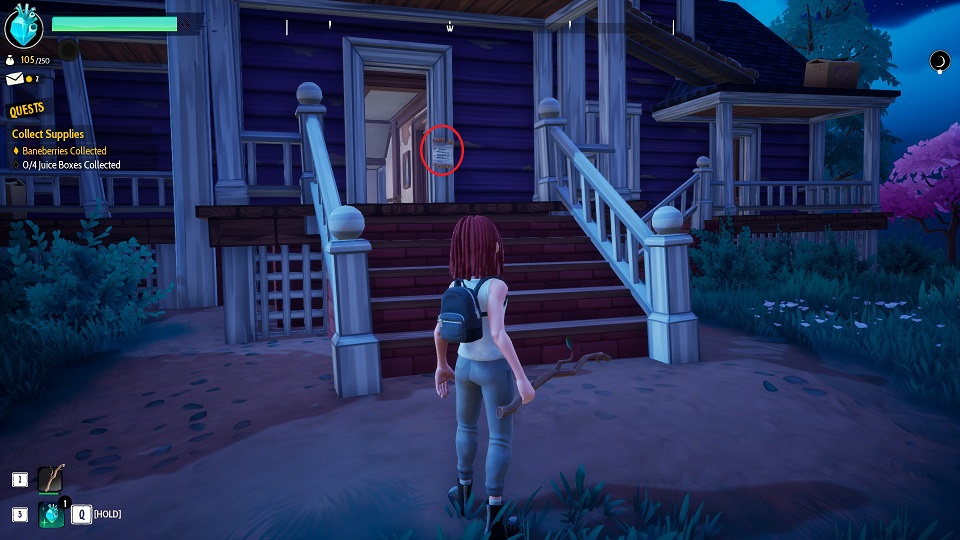 Possible locations on the island with Lighthouse 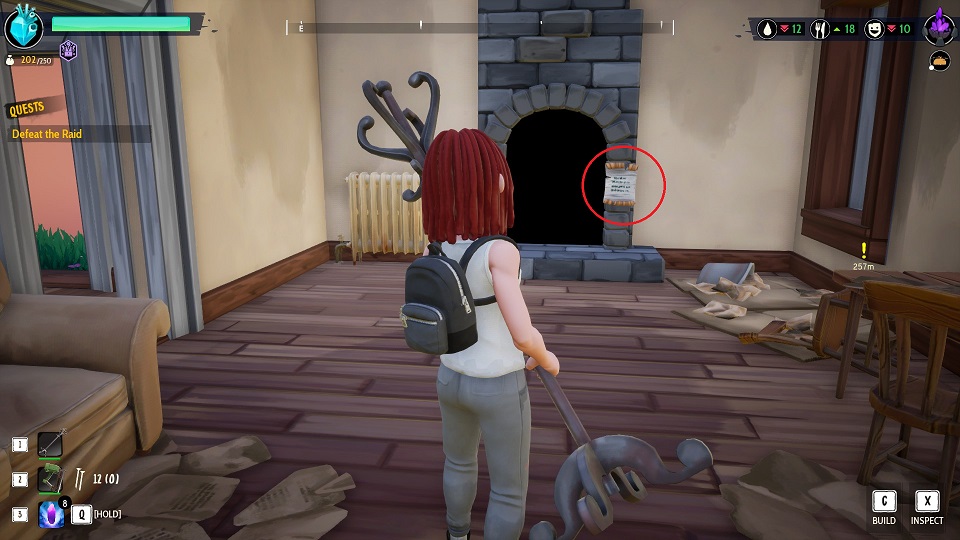 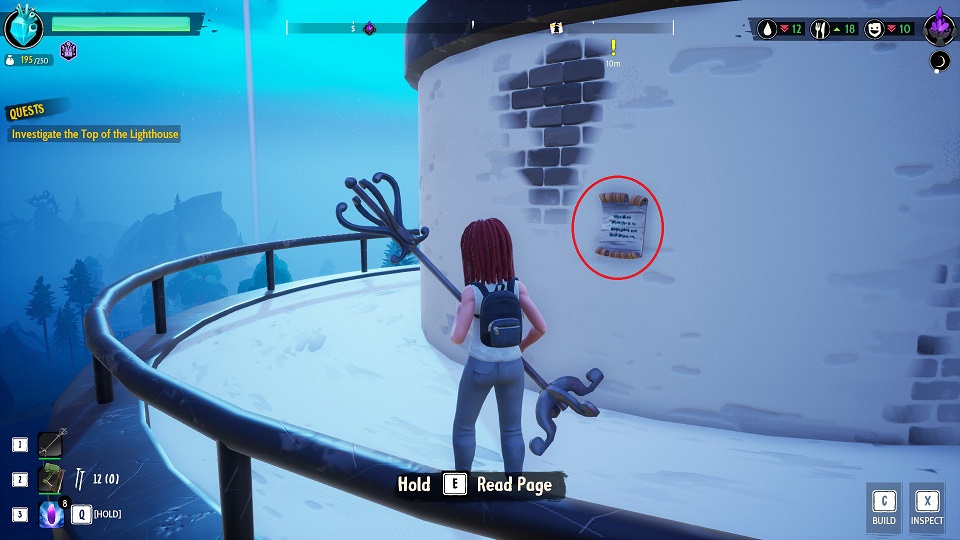 Possible location on an island with a house 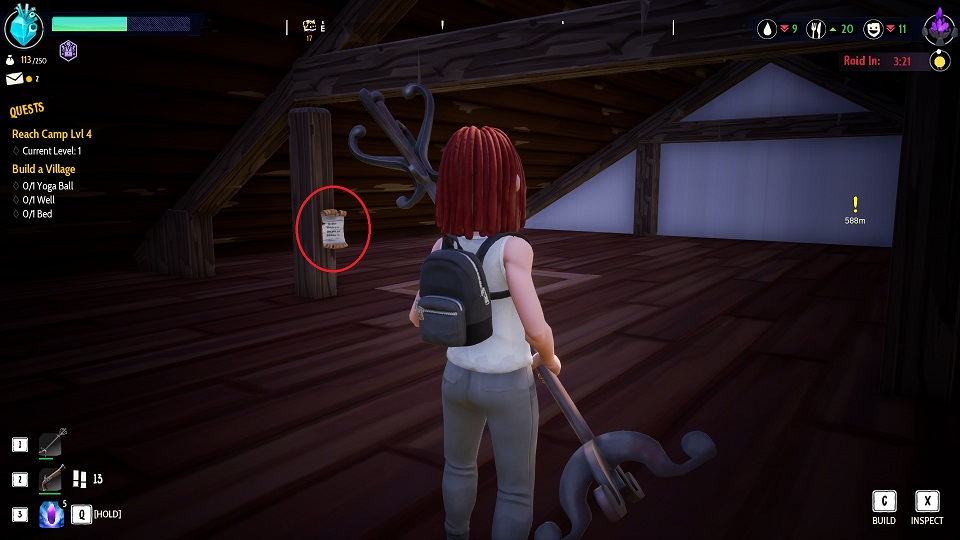 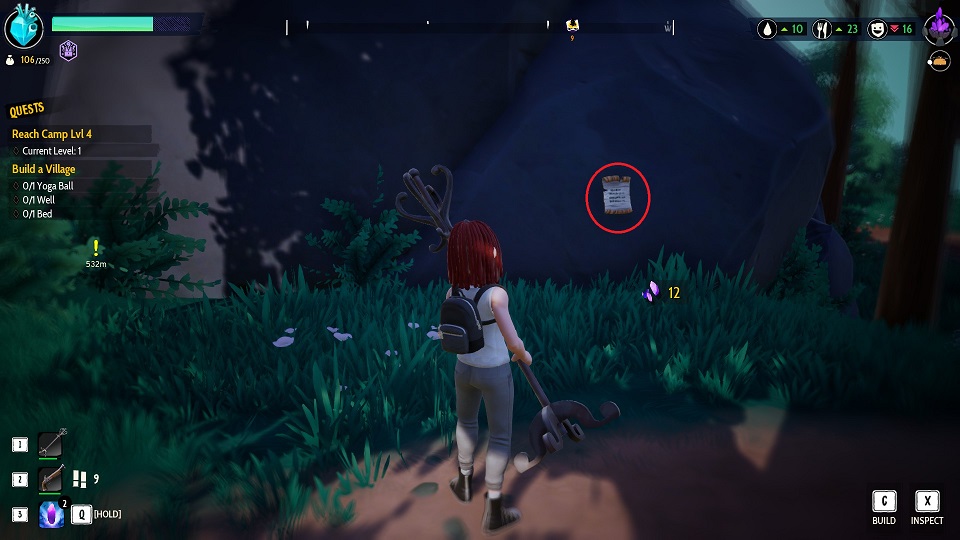 On the island with graves 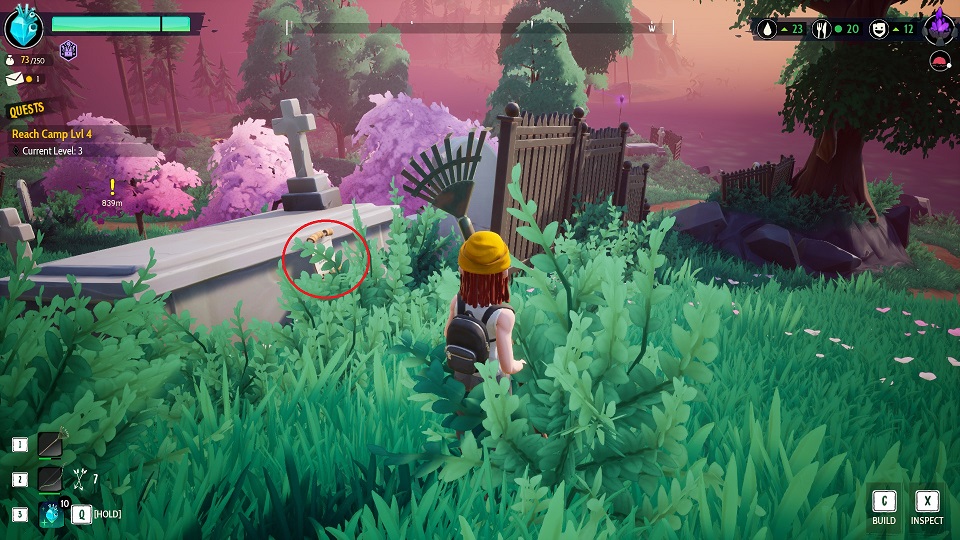 On the island with the banklike big building 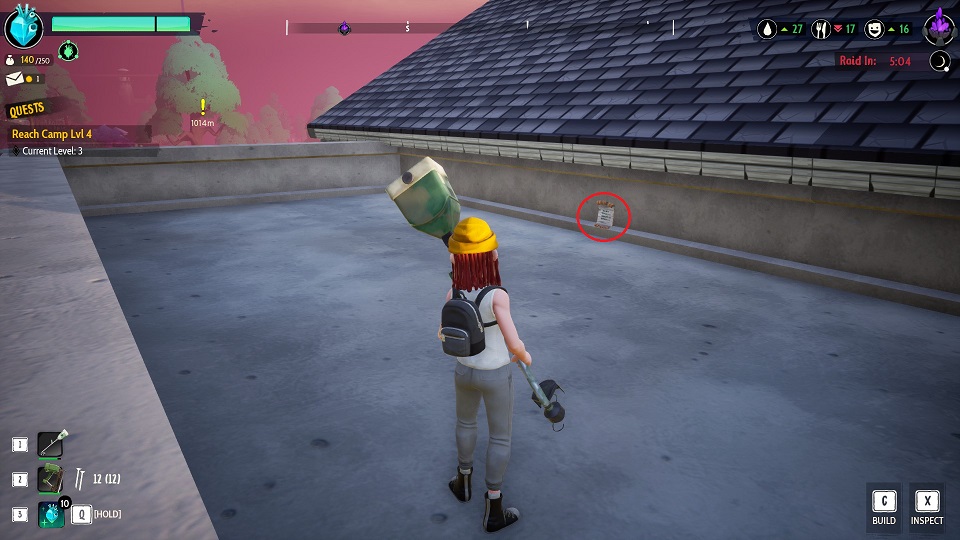 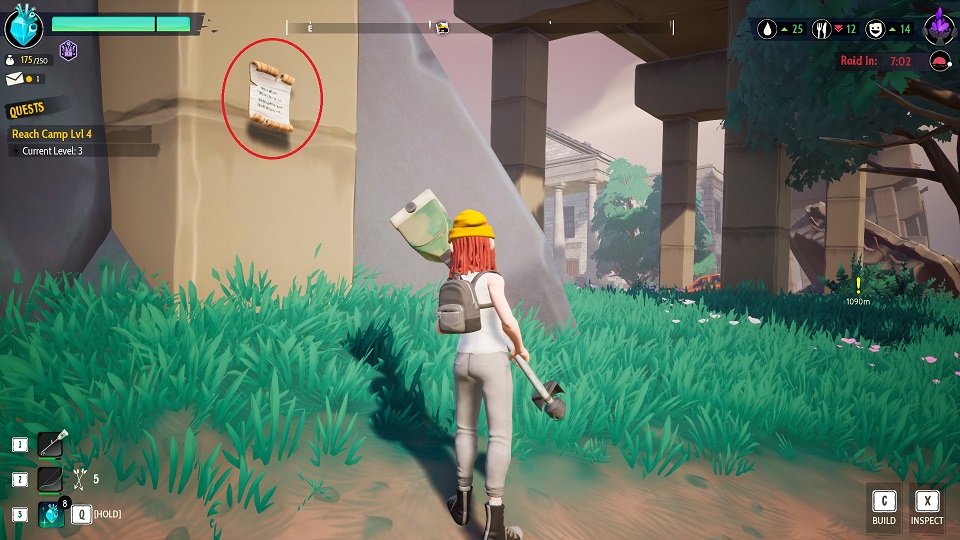 On the island with the barn 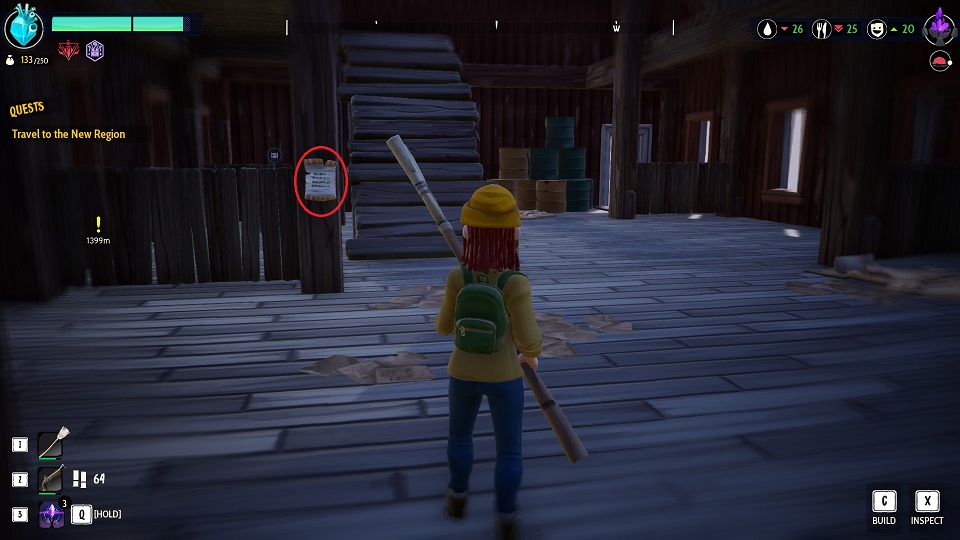 On the island with the baseball playground 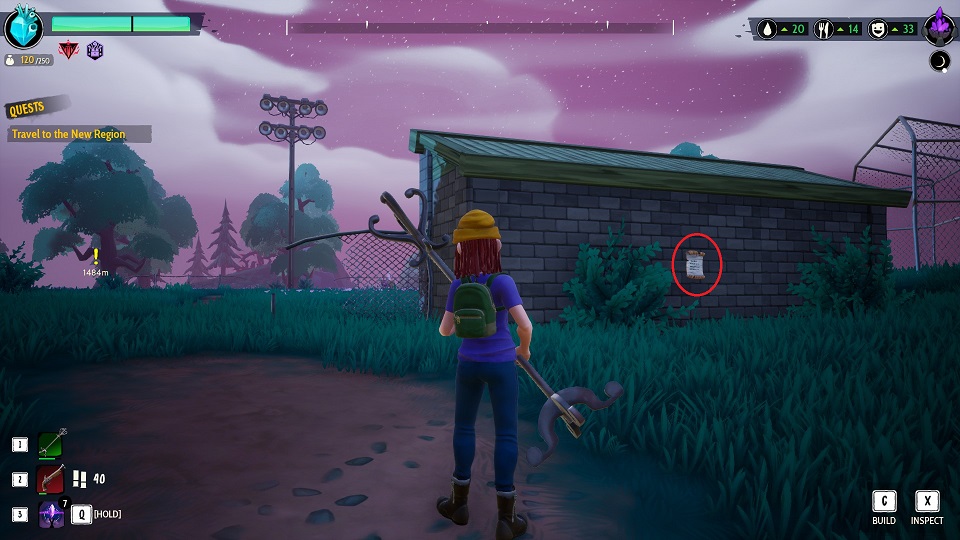 PLEASE KEEP IN MIND WORLDS ARE RANDOMLY GENERATED BUT EACH SEASON HAS THE SAME TYPE OF ISLANDS. I BELIEVE EACH ISLAND HAS 1-3 POSSIBLE NOTE LOCATIONS. SHARE YOUR LOCATIONS SO WE CAN GET A COMPLETE LIST OF POSSIBLE LOCATIONS:

Island with gas station on a hil, inside of the garage. The note was here on multiple generated world. 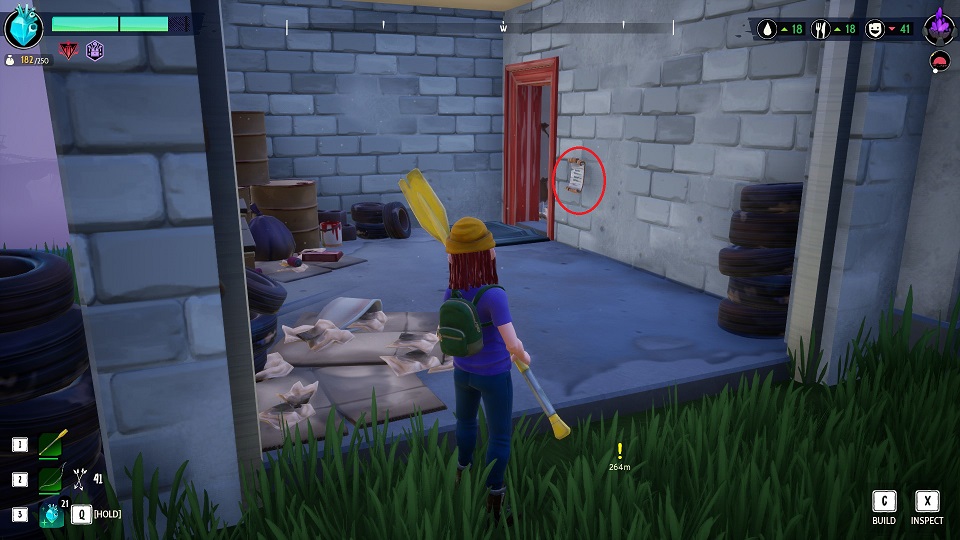 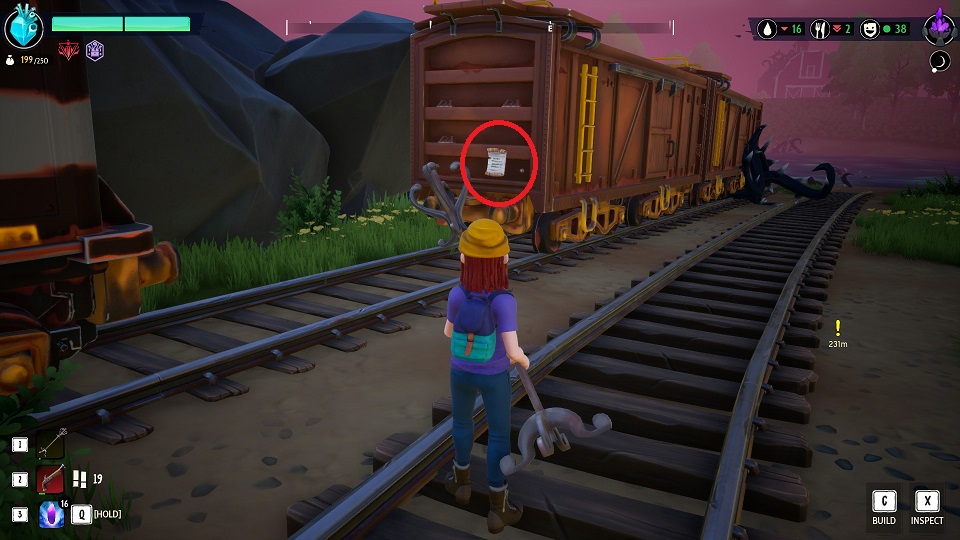 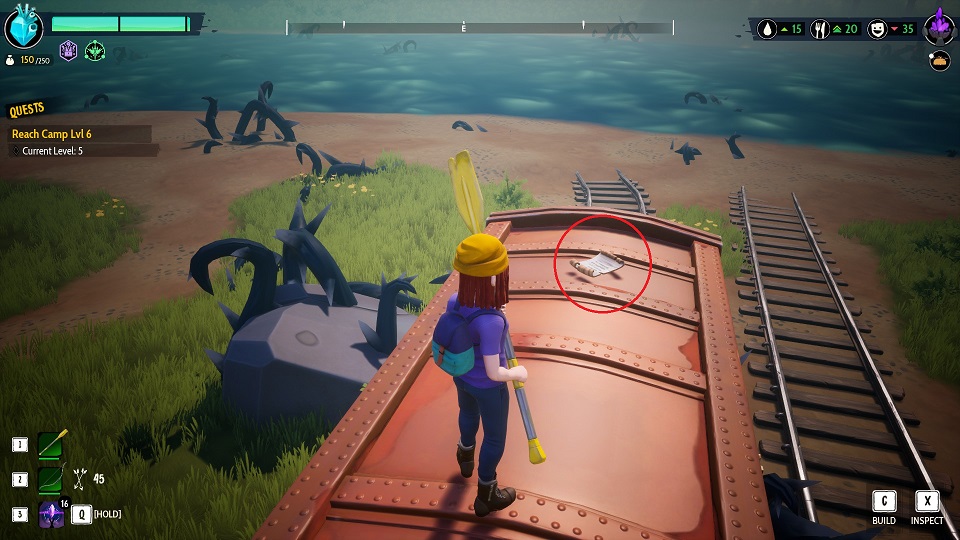 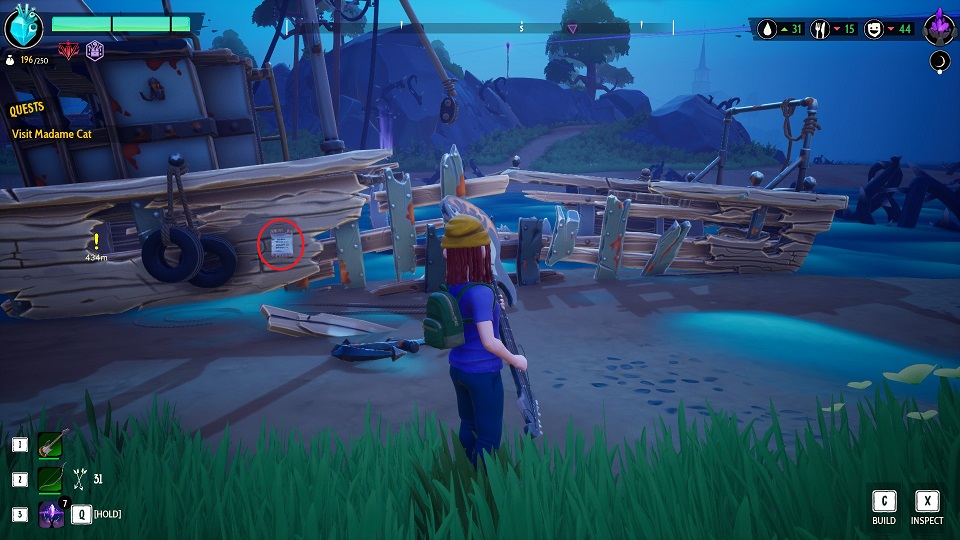 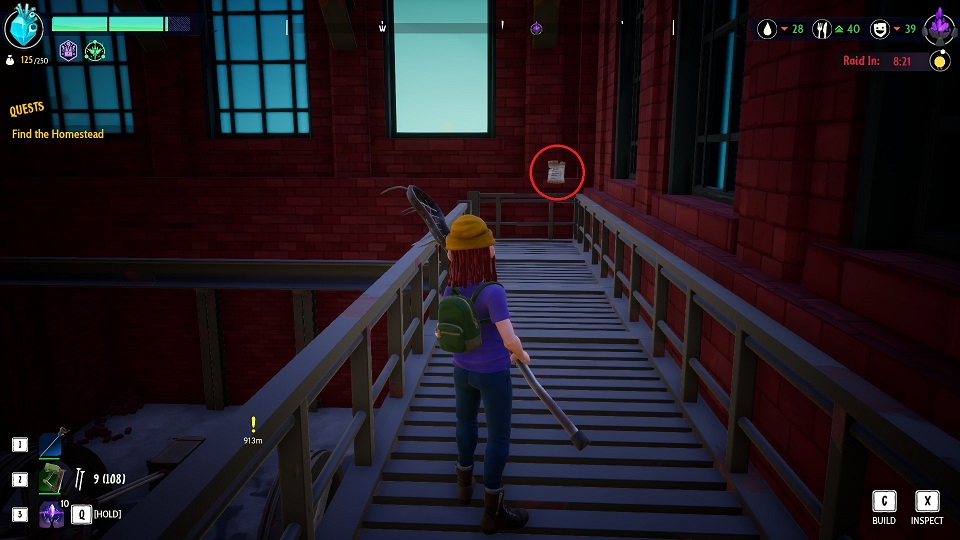 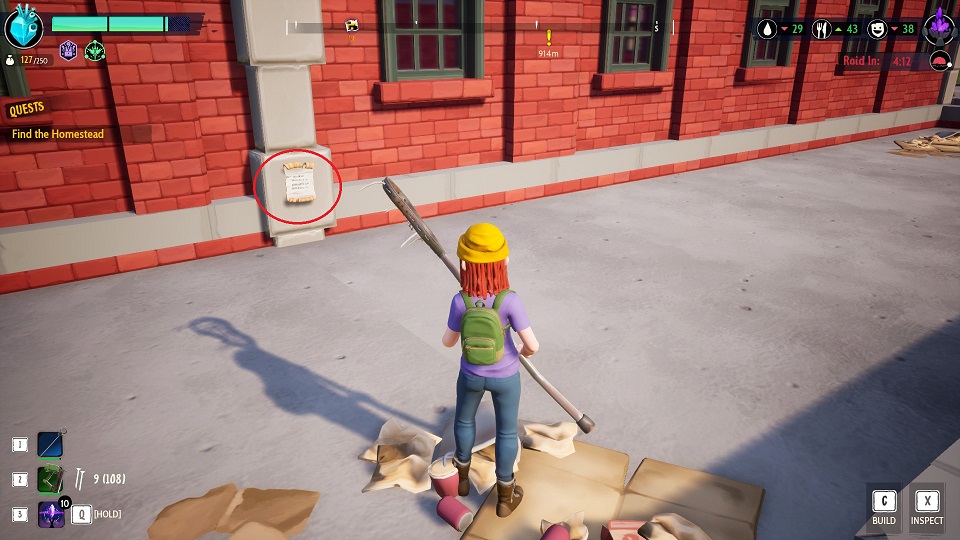 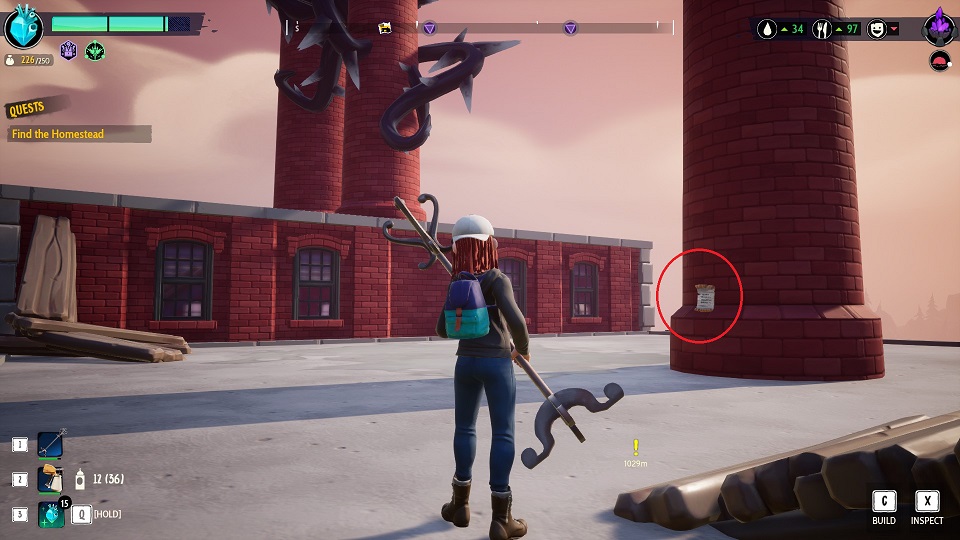 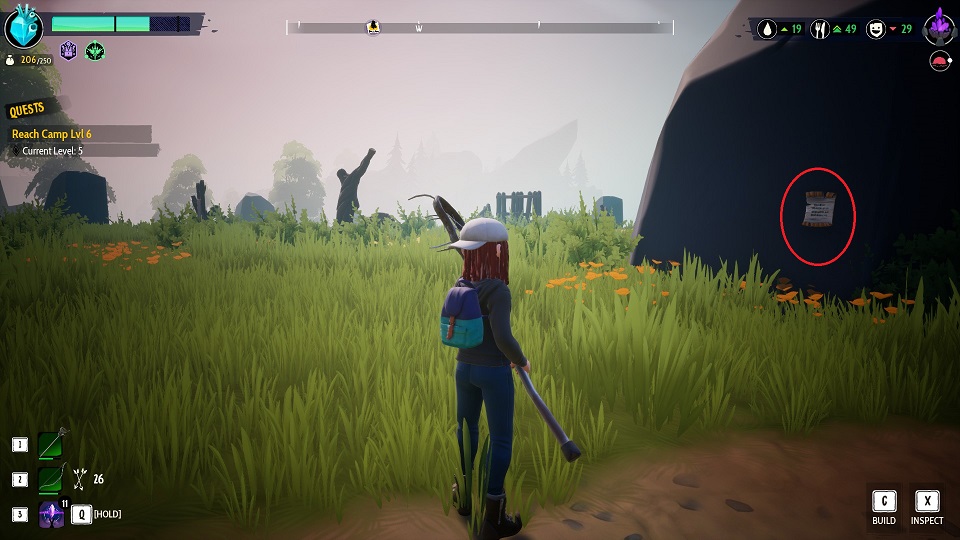 Mountainous island with a house on it 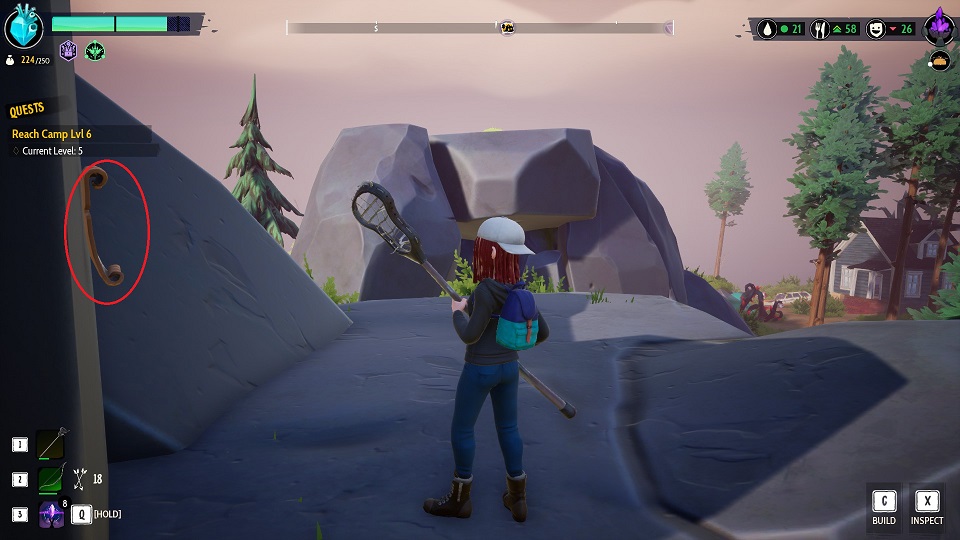 Island with a house which has a basement 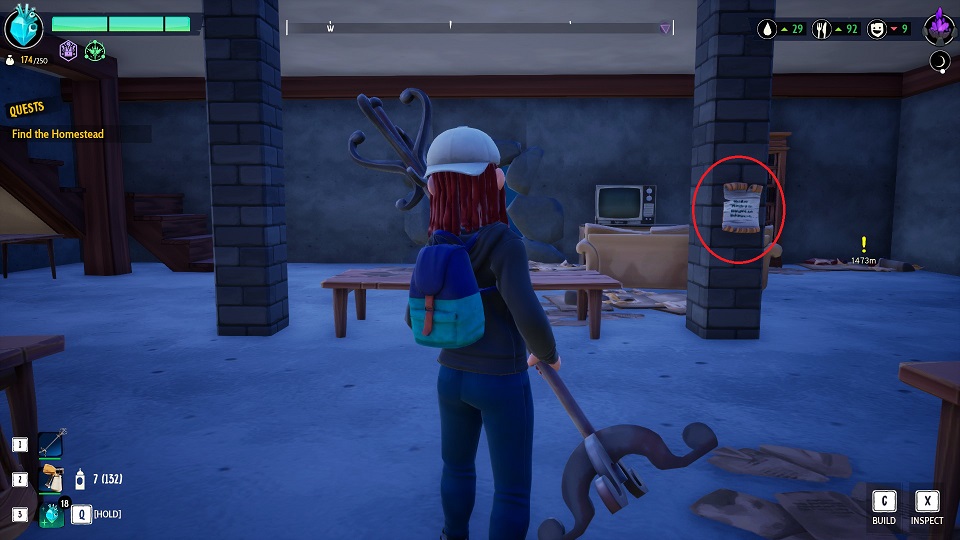 Island with the temple on it 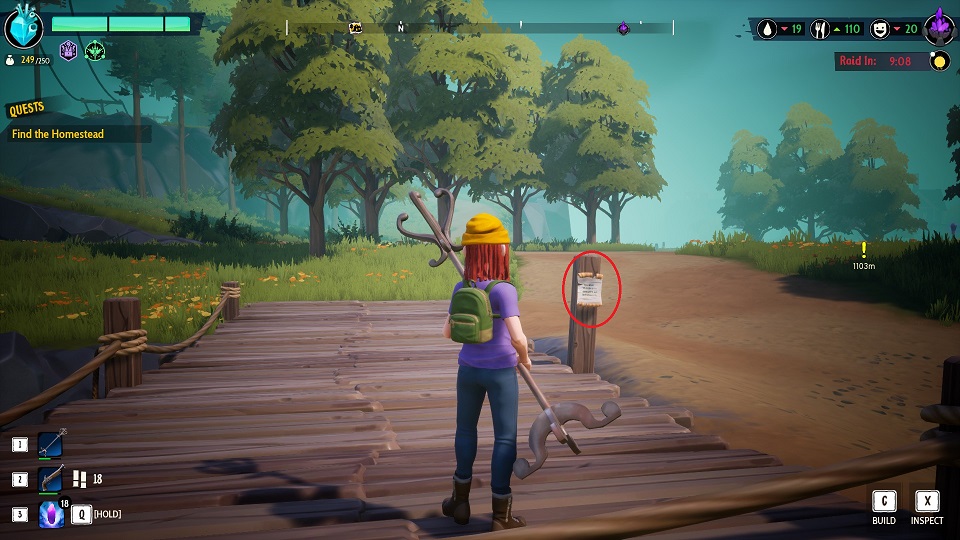 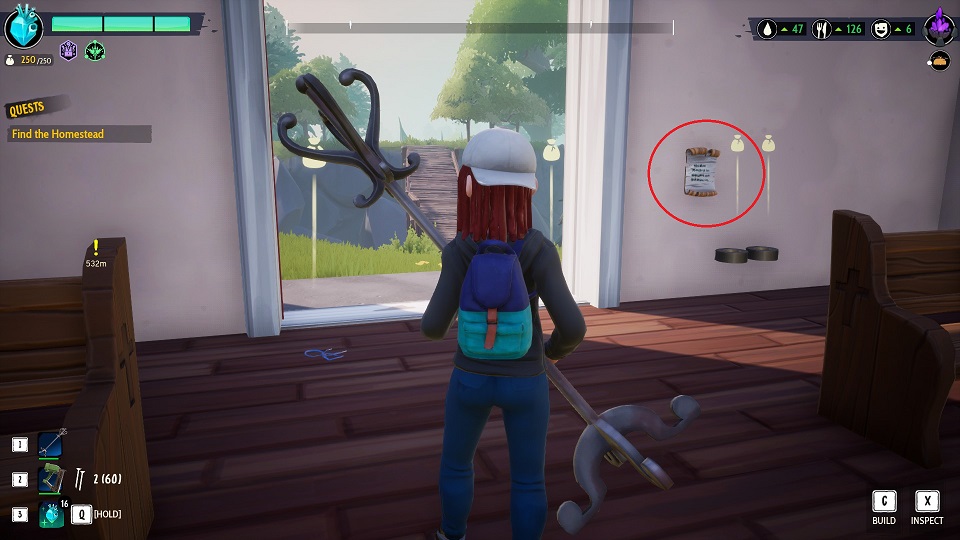 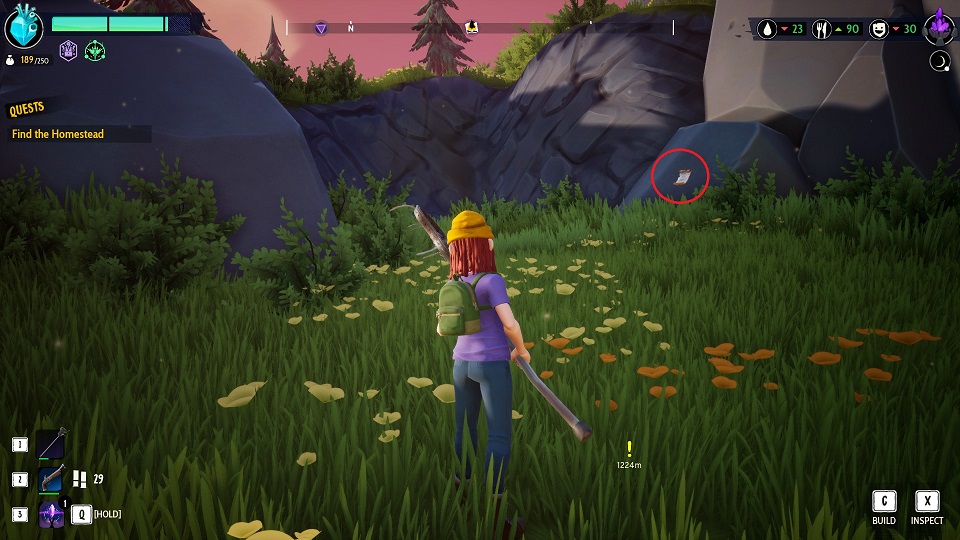 Island with the big water tower 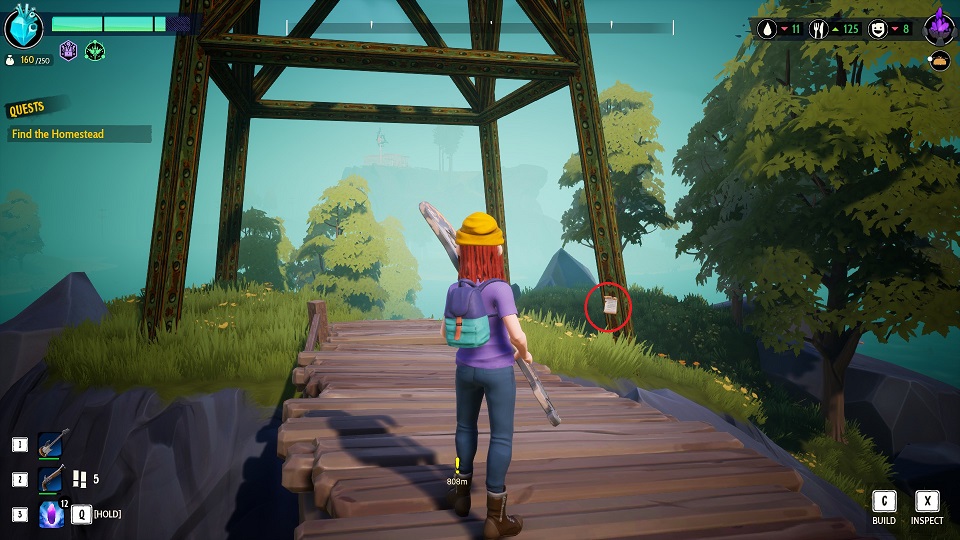 Big island without any building or any notable structure on it 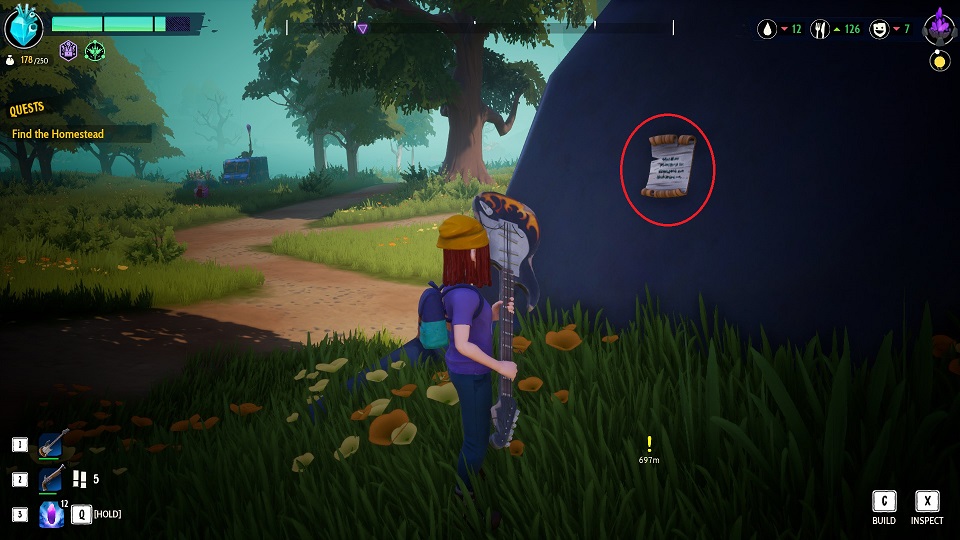 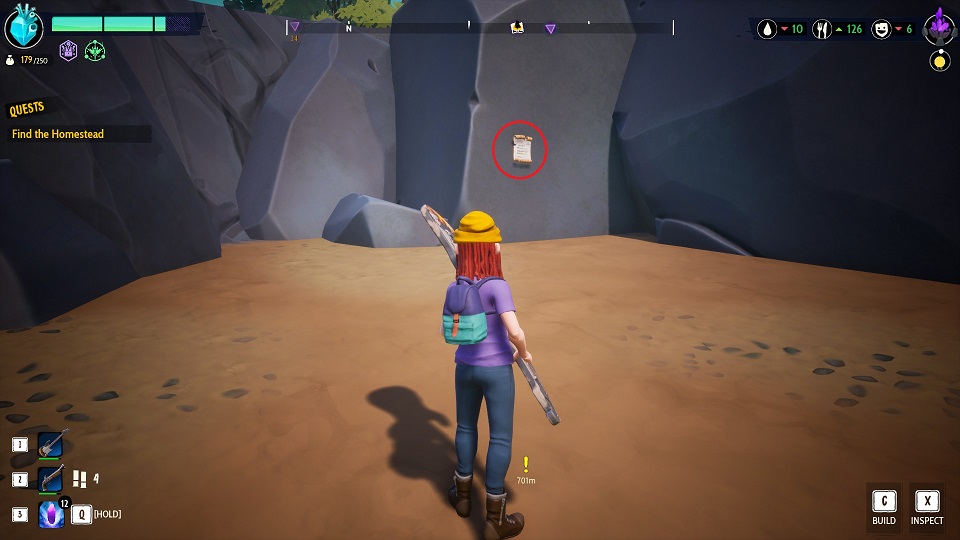 Ride the Lightning
Hit an enemy with an electrified Electric Guitar.Trapper
Use Raid Bait to draw out 100 enemies.

Man in Motion
Clear 10 corruption vines with a single use of St. Elmo’s Fire.

Curio Shop
Craft one of each type of Curio.

Minesweeper
Hit 5 enemies with a Proximity Mine.

Sharpshooter
Kill an enemy over 100 meters away using an arrow.

Mousetrap
Kill an enemy with a defensive Improvement.

Batter Up
Using only the Aluminum Slugger, defeat an ambush on a baseball diamond.

Ghostride the Light
Railgrind continuously for 10 km as a ghost.

Collect ’em All
Rescue one Drake of every type.

That’s all we are sharing today in Drake Hollow Achievement Guide, Possible Collectible Locations, Gameplay Tips, if there are anything you want to add please feel free to leave a comment below and we’ll see you soon.
Credit to Csontzuzo